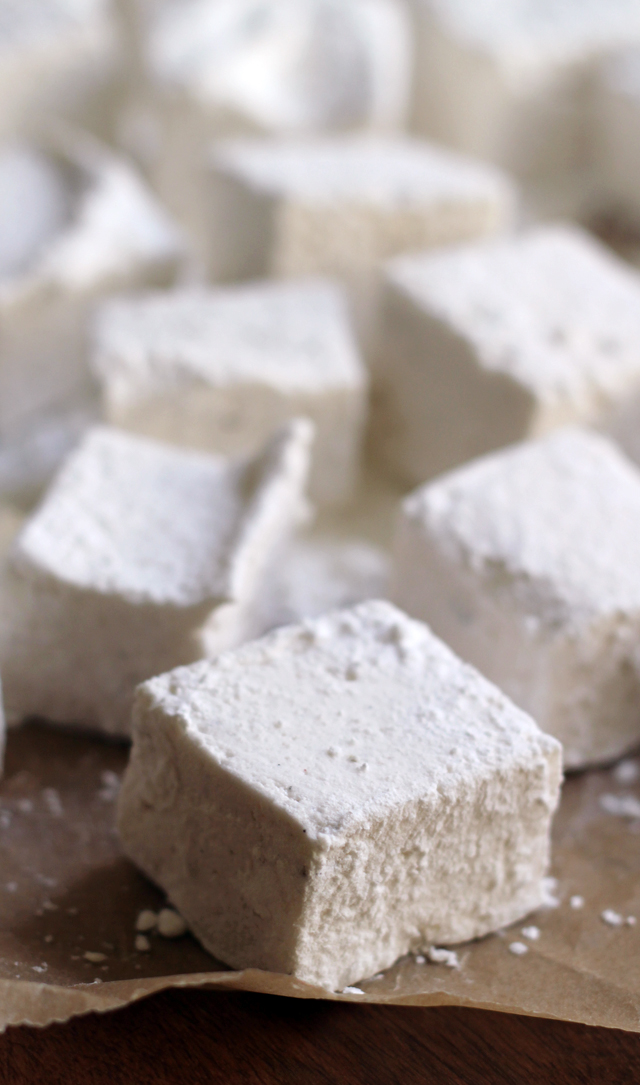 We are covering so much ground today!

The candy thermometers are coming out, the sugar is going to be boiled, and hey! We might not even have a giggle meltdown in the middle of our kitchens when our simple syrup reaches soft ball stage.

But don’t count on it. 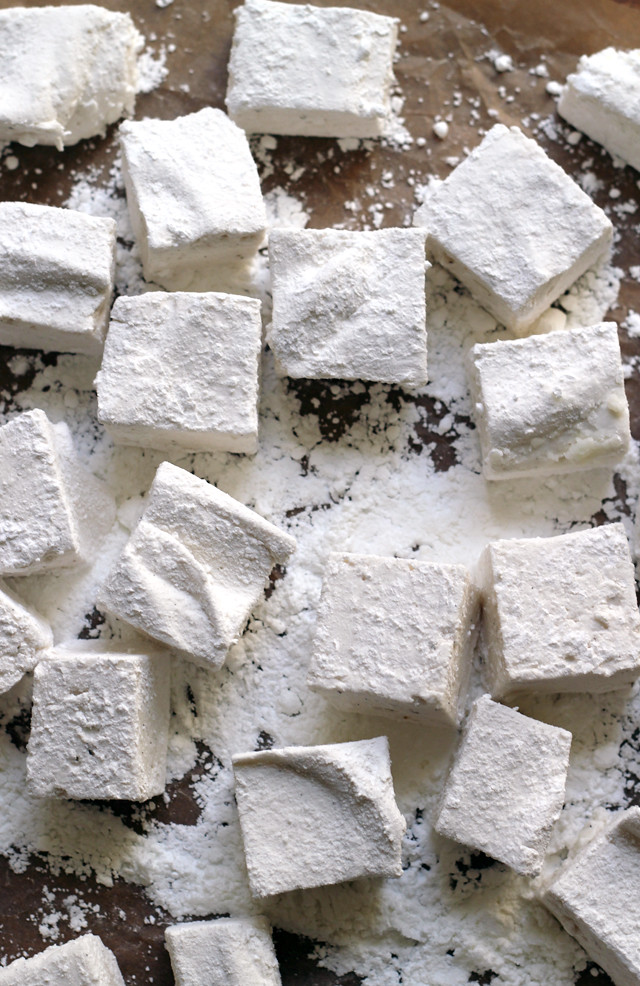 Raise your hand if you’ve ever had a marshmallow that was made from totally pronounceable ingredients.

Oh boy. We have a lot of work to do. But the good news is, you guys are in for such a treat! Homemade marshmallows are the bomb dot com and really can’t even compare to the chalky chewy rubbery nonsense you can buy in the grocery store.

For one, they have FLAVOR. And they’re somehow soft and fluffy all at the same time. You’re going to REALLY want to make enough to use as an edible mattress, but I would advise against it. That could get sticky. 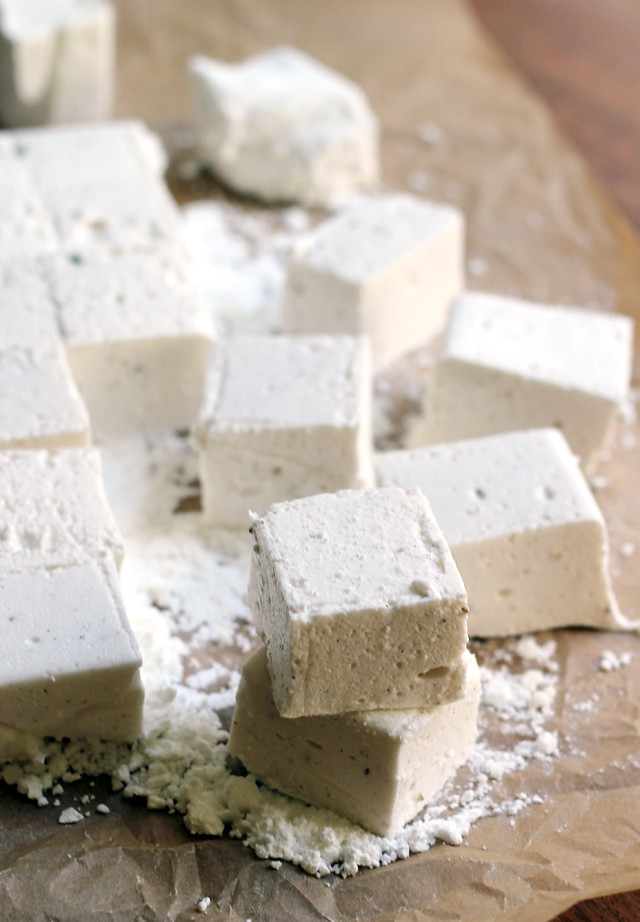 The other day, I was perusing the menus of restaurants I’ve never been to, as I am wont to do in my spare time (<–I’m so fun!!), when I read the phrase “sea salt and black pepper marshmallows”.

Wham bam thank you ma’am. I actually don’t even particularly like marshmallows, but I needed those.

And now that I’ve made them and actually tasted them and reveled in their sweet spiciness, I feel confident in saying that you need them too.

You need them in your hot chocolate and on your s’mores and topping your sweet potato casserole. But mostly you need a few in each first, ready and waiting to be catapulted into your mouth at a moment’s notice. No judgment. 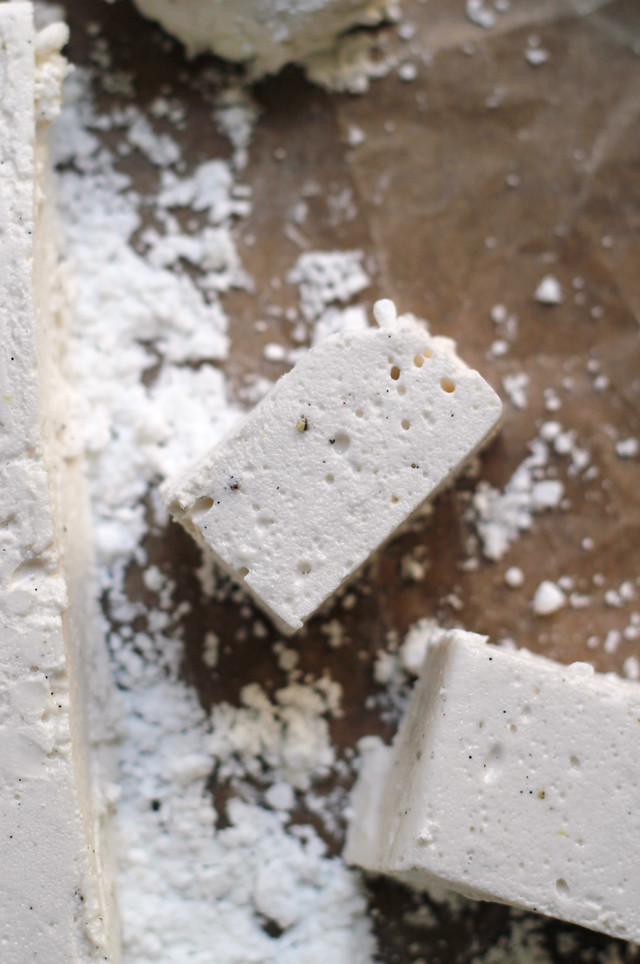 And before I’m accused of trying to mislead the public, YES these have gelatin and NO they are technically not vegetarian. I know many vegetarians have different thresholds for eating or not eating gelatin. Personally, I will usually go out of my way to not eat it and will often buy vegan marshmallows for recipes, but when making them from scratch, I’ve never had much luck with agar agar or carrageenan derivatives, so gelatin it is. I hope the vegetarian police will forgive me. 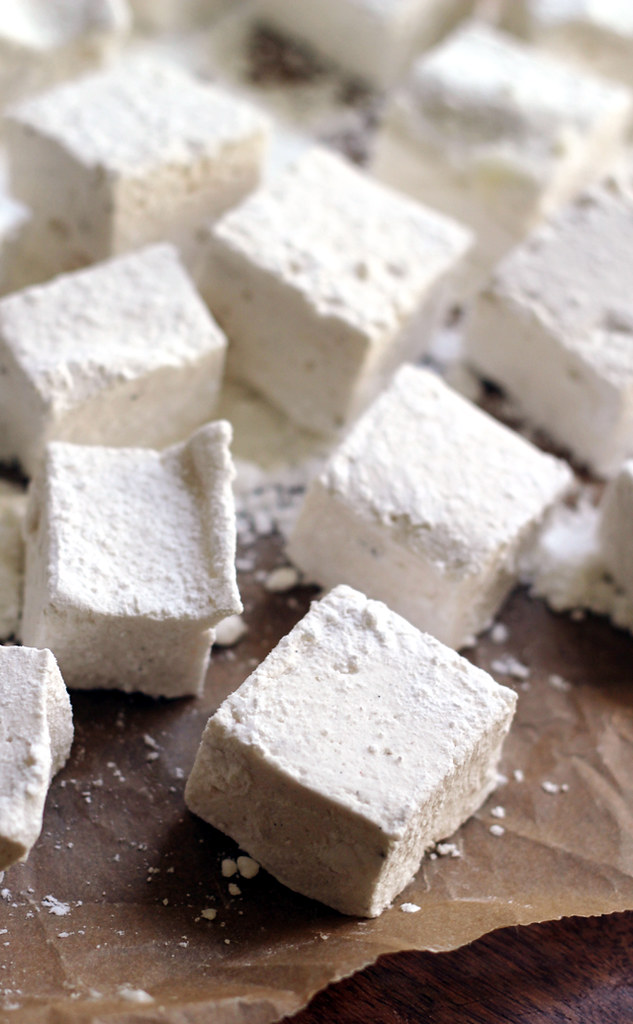 I didn’t want to keep ALL of the marshmallows to myself (and the.boy said they were “too spicy” for him…what else is new), so I shipped half of them off to my Leftovers Club partner this month – Angela from Mind Over Batter! We actually met in person last year when we were both baking for a charity event, and have seen each other around NYC a few times since. She is such a sweetheart and QUITE the baking goddess, so I can’t wait to see what she sent me!

To see what else got swapped for the Leftovers Club this month, check out these: 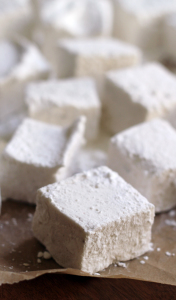 For more marshmallow deliciousness, check out these: 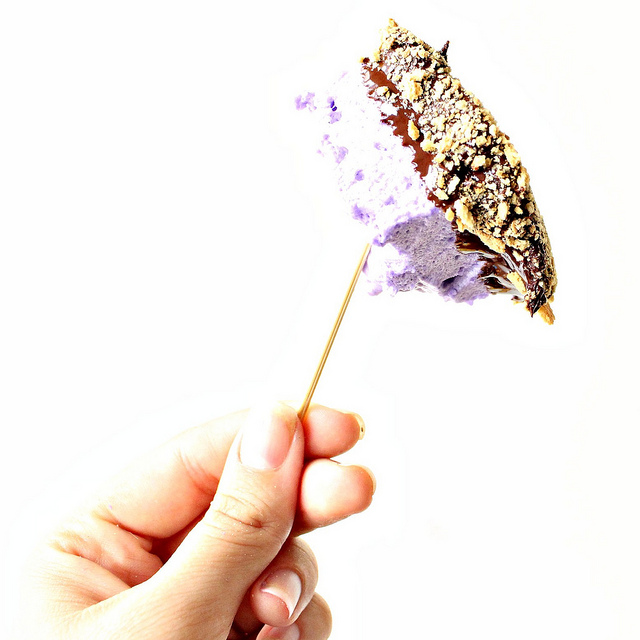 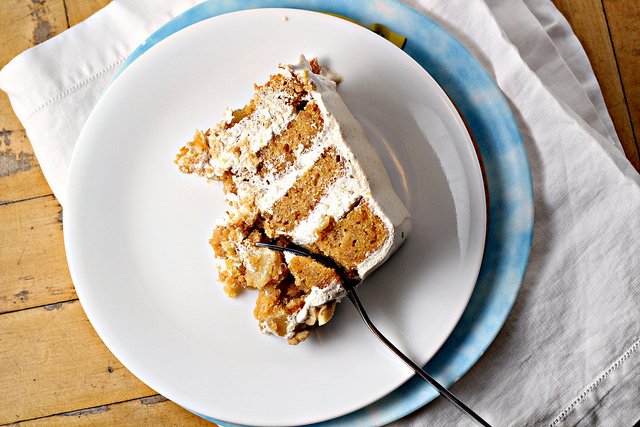 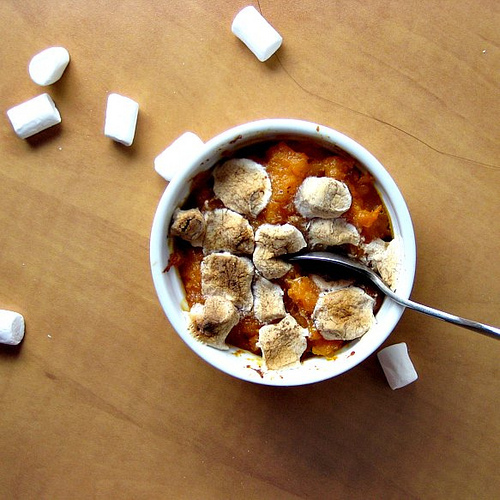 Coffee Marshmallows from A Cozy Kitchen 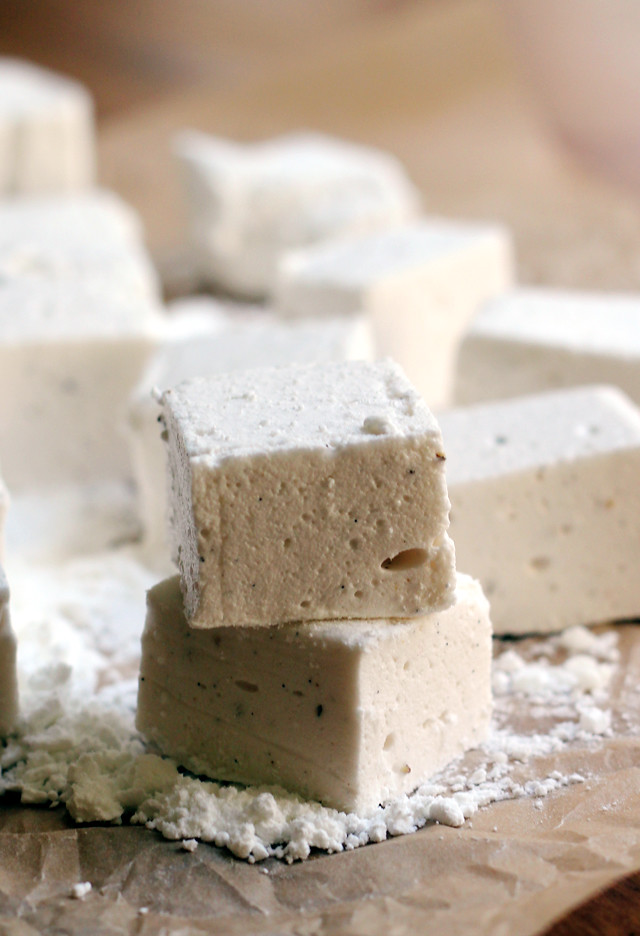