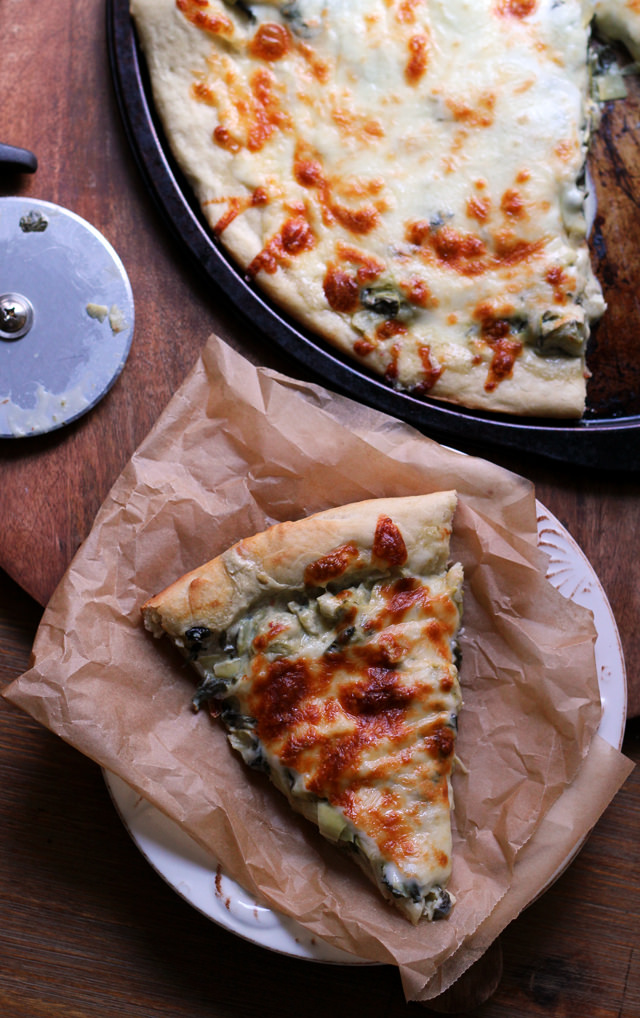 As if fashioning a pizza after your favorite dip wasn’t enough to raise eyebrows, what would you say if I told you that this is actually based on a late night memory, and not the kind you go home and tell your mother about the next day? 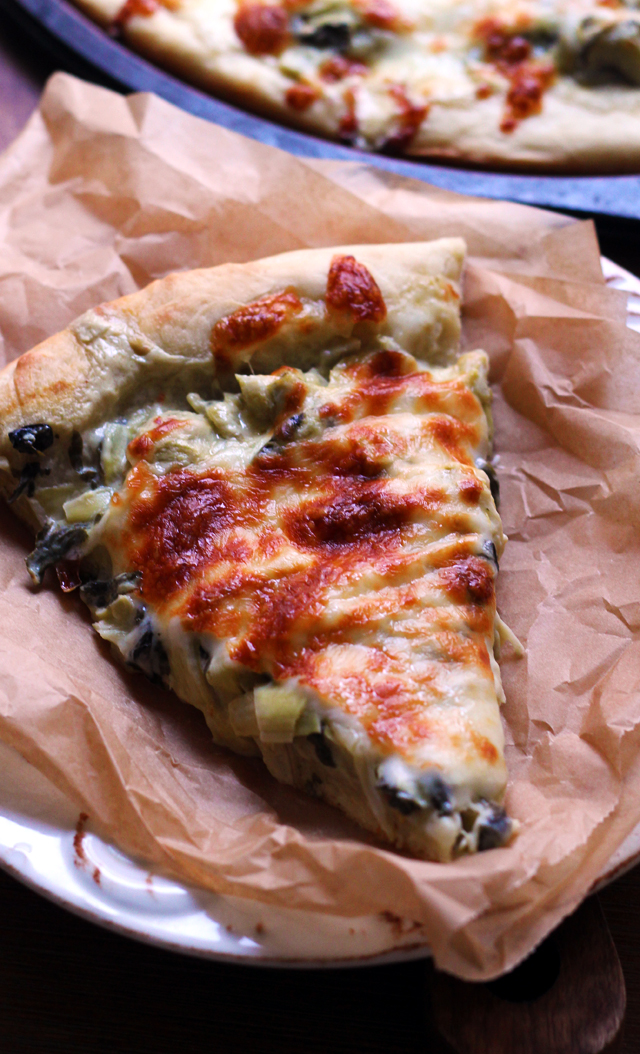 Five years later, and it’s all haze and nostalgia now, laced with just enough inebriation so that there is very little attention to detail, but there was a slice and a stoop, and by golly I ate and sat and in that moment it was glorious.

And I have Artichoke Pizza (also, vodka sodas – my heyday drink of choice) to thank for it. 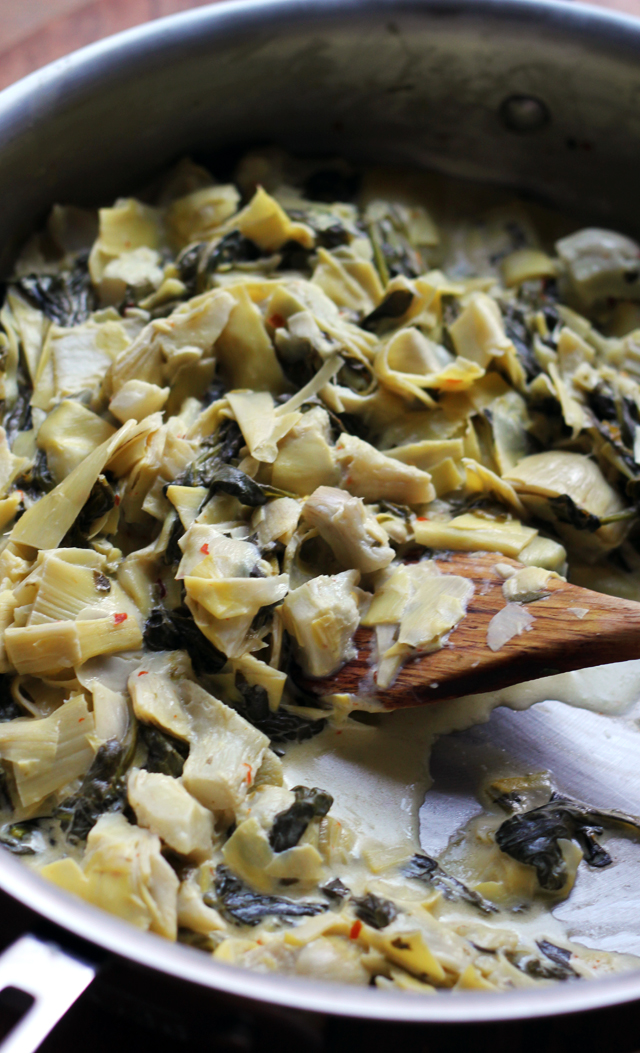 If you have spent any part of your 20’s in New York City, then you are likely familiar with this late night dining establishment. It’s within walking distance of Everywhere That Is Worth Going To In NYC After Dark (at least when you’re 22), stays open way past anyone’s bedtime, and offers up the cheesiest, greasiest, most disgustingly delicious pizza you will ever get your hands on.

It’s so gross that you can only really derive any pleasure from eating it once you’re well on you’re way to drunk-town, but in that moment it tastes like the best thing you’ve ever eaten. But better. 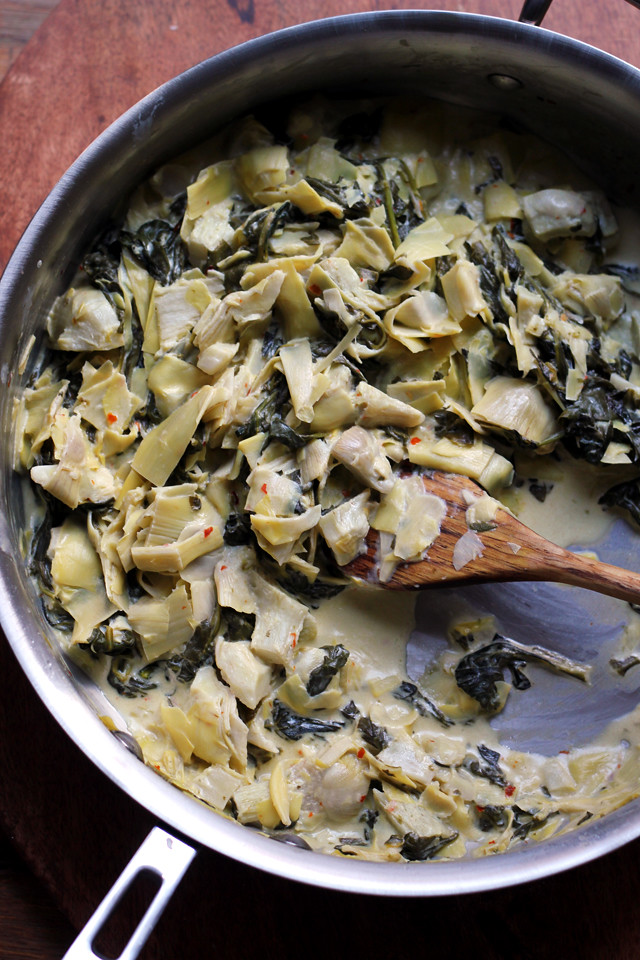 We can’t all be ladies of the night forever, though, and some of us want to dredge up just a hint of this food memory in totally sober broad daylight, while sitting on the couch in our pajamas watching House of Cards on Netflix.

This pizza can do that for you.

It has the essence of what I can recall from my short-lived party girl days, but heavier on the veggies and lighter on the cream. To keep that sense of richness, I braised the spinach and artichokes in white wine, which makes this taste much naughtier than it is without adding tons of calories and saturated fat. A few tablespoons of cream cheese and handfuls of grated mozzarella later, and you have yourself a pizza that you will actually want to remember.

Stay away from the vodka soda haze, and maybe you actually will. 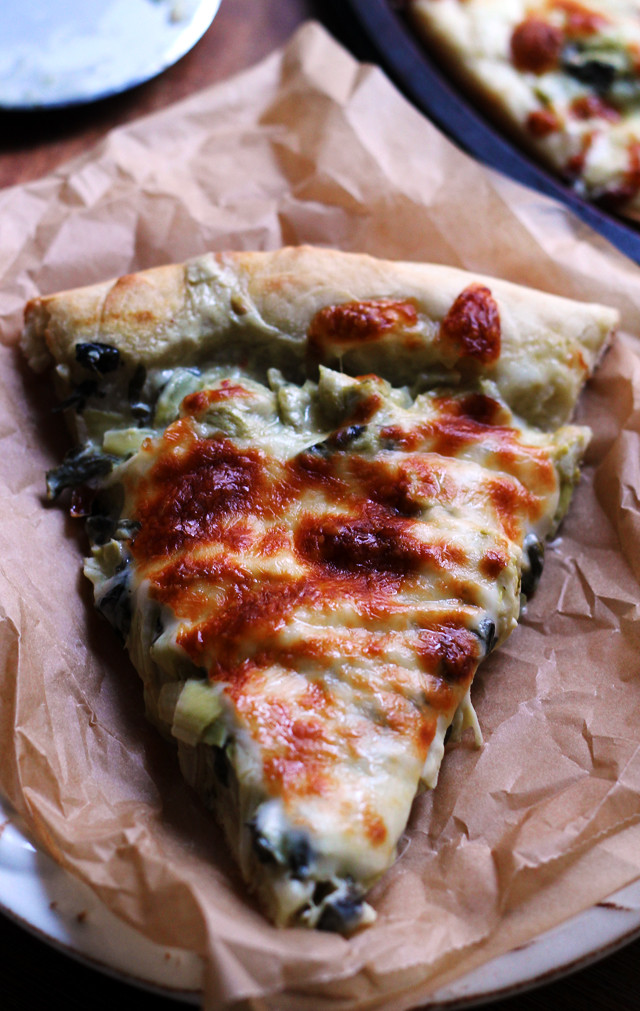 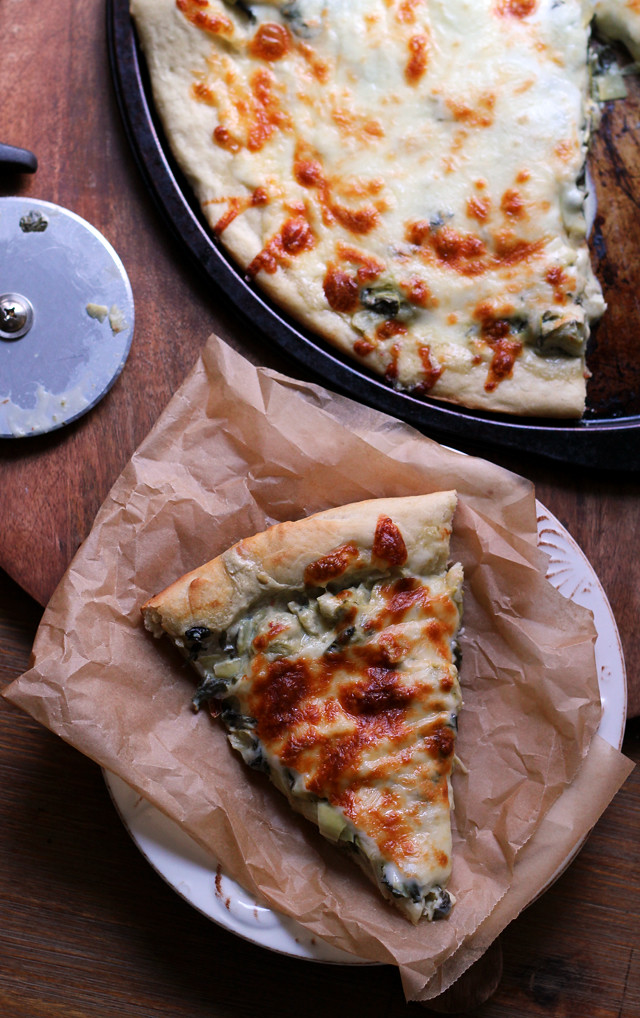 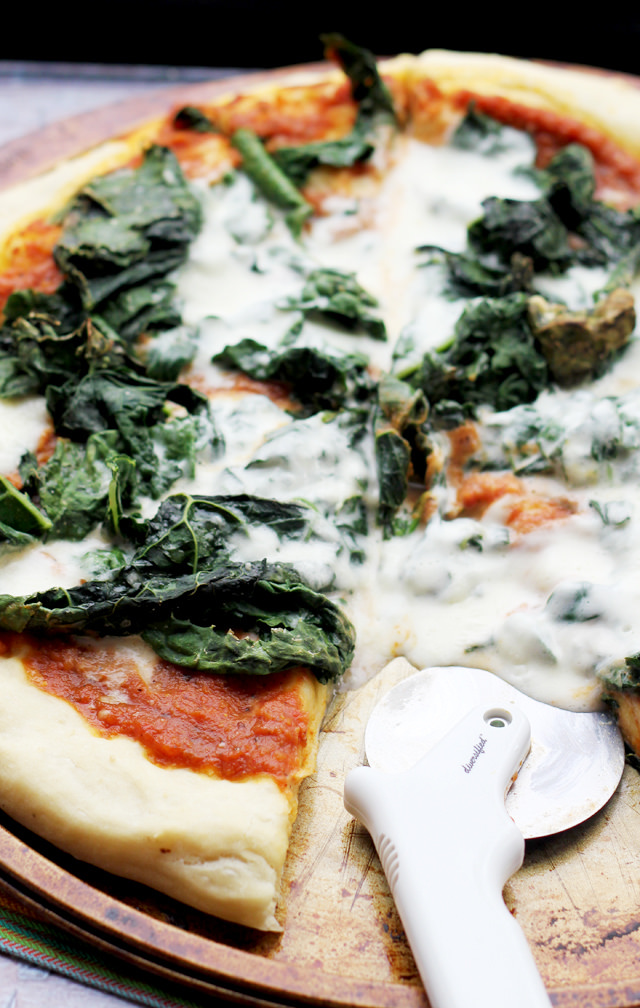 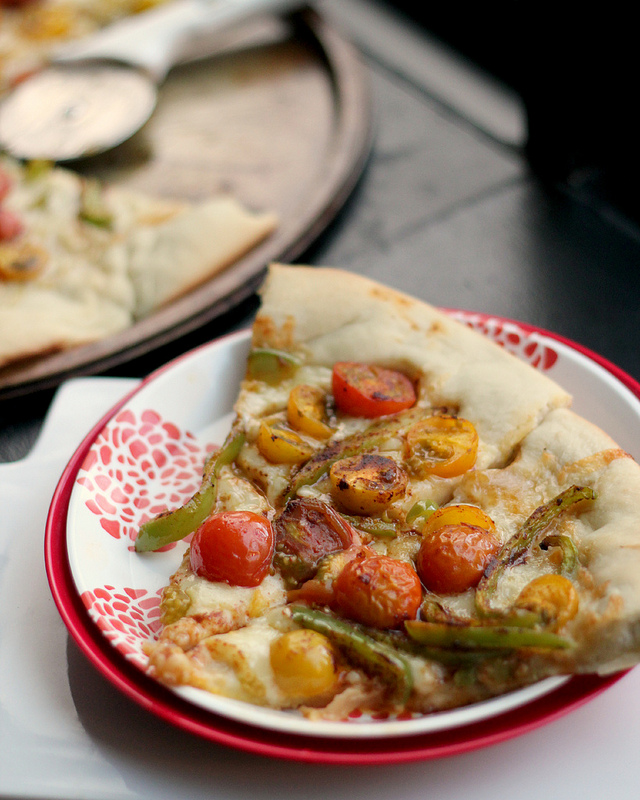 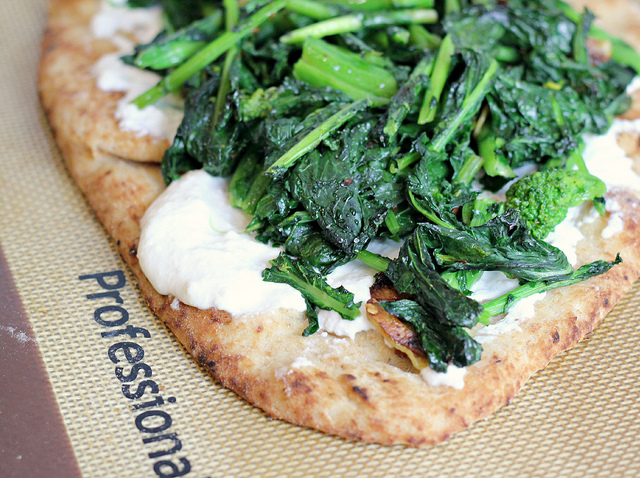 Green Naan Pizza from Will Cook For Smiles

Roasted Mushroom Pizza with Garlic and Rosemary from The Lemon Bowl

Shakshuka Pizza from My Name Is Yeh 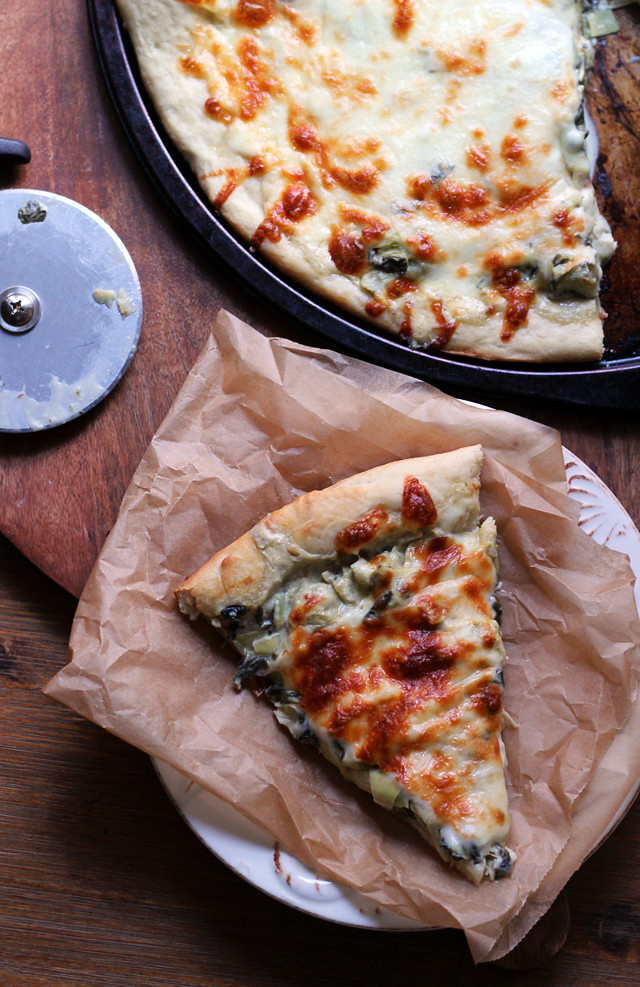 62 Responses to Spinach and Artichoke Pizza