With coconut in the pastry dough and custard, this triple coconut cream pie is a coconut lover’s dream! 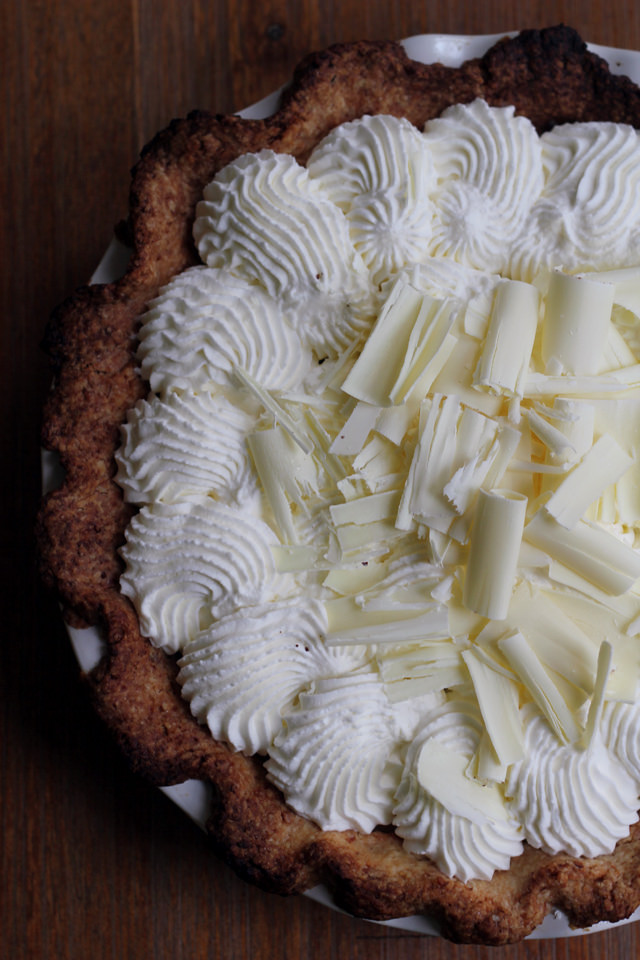 You want to know what’s harder than running a marathon? 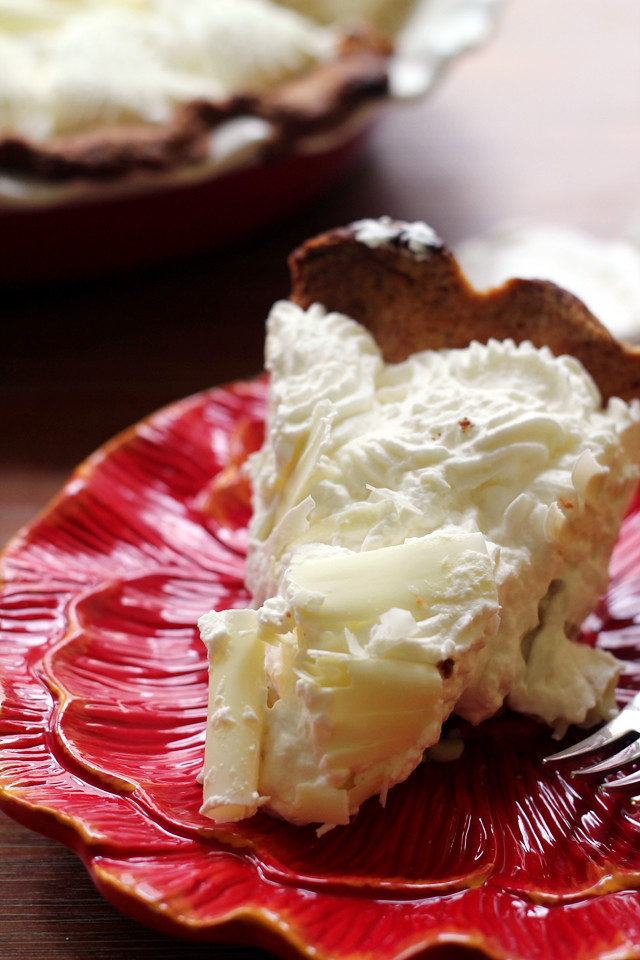 Resisting a third slice of THIS PIE.

I can speak with some authority on this, having run four marathons in my life.

26.2 miles of nonstop running – eh, no problem. But place this perfectly flaky coconut crust filled with creamy dreamy coconut custard and whipped cream in front of me…and I pretty much melt into a pool of lust and desire before your eyes.

It’s attractive. Especially all the saliva running down my chin. No, really. 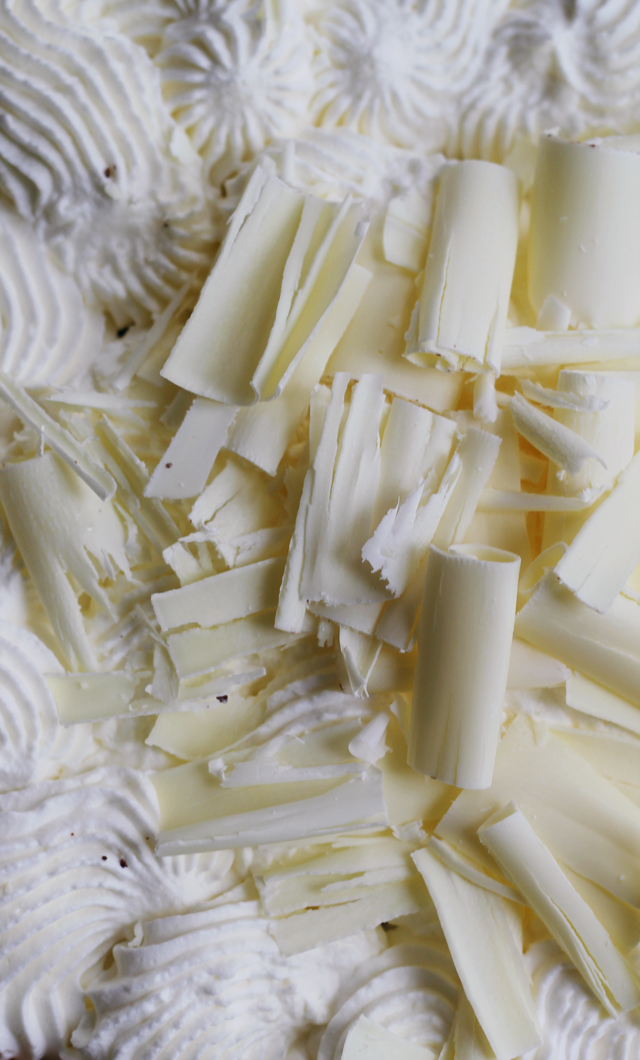 Having just one slice is a near impossibility.

But three. Three’s the charm.

I mean, by then you’re pretty much in a food coma, so you have to stop by default. 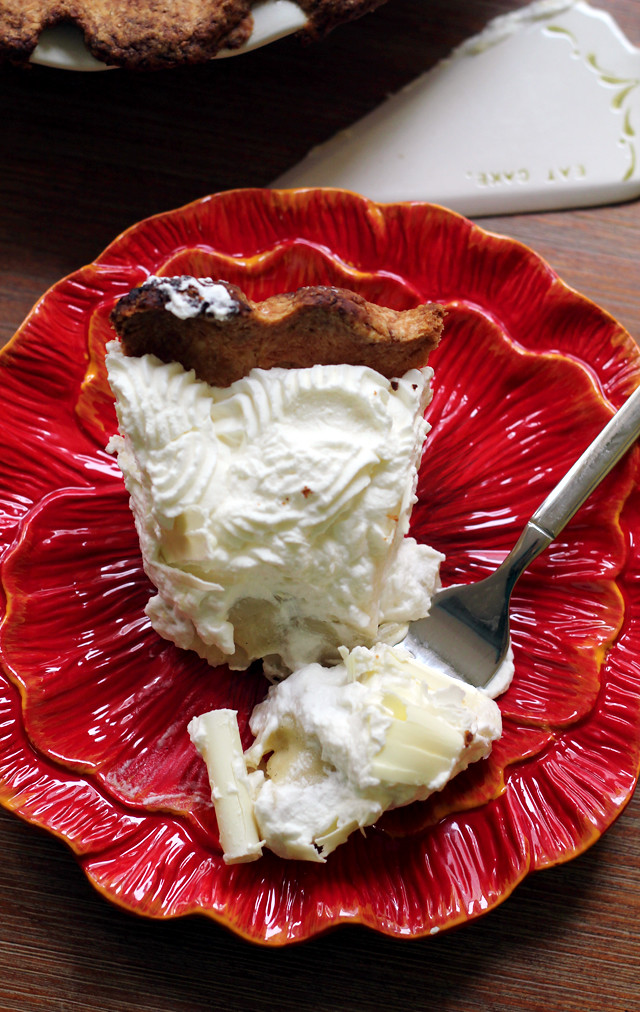 If you’re still in the market for an Easter and/or Hey, It’s SPRING weekend pie, this can fill the aching void.

It’s from the The Dahlia Bakery Cookbook

and has been voted one of the Best Pies in America by numerous sources. I’m normally dubious of anything that comes accompanied by so much fanfare, but this is the real deal. 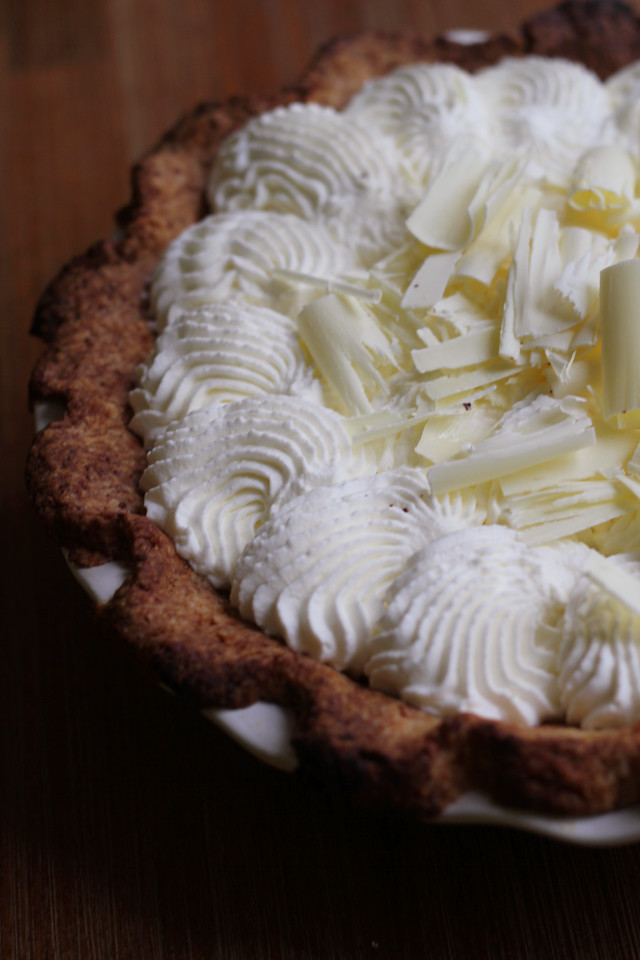 I would keep going, but YOU HAVE PIE TO BAKE. 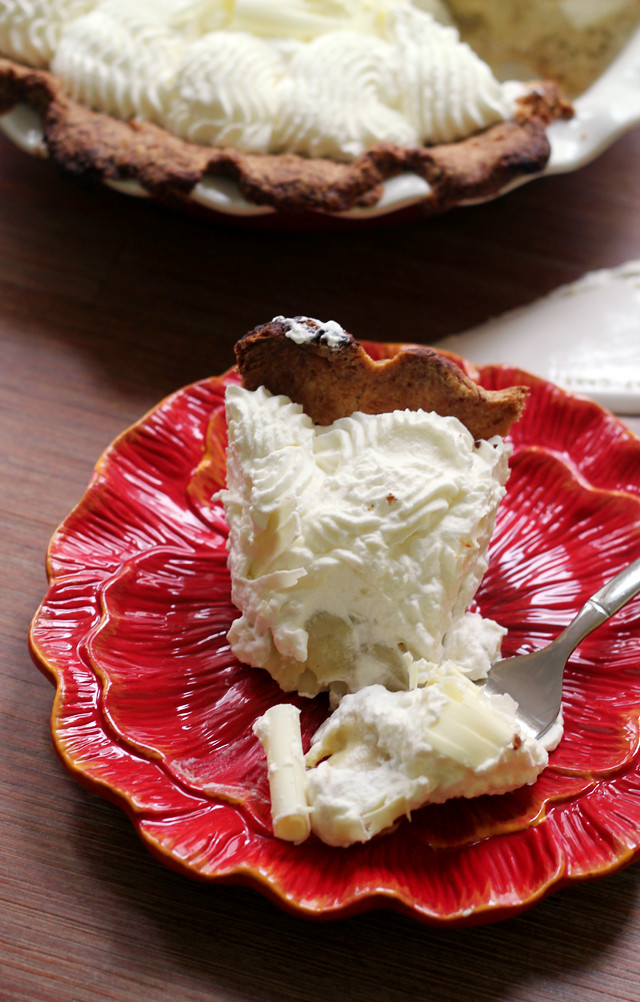 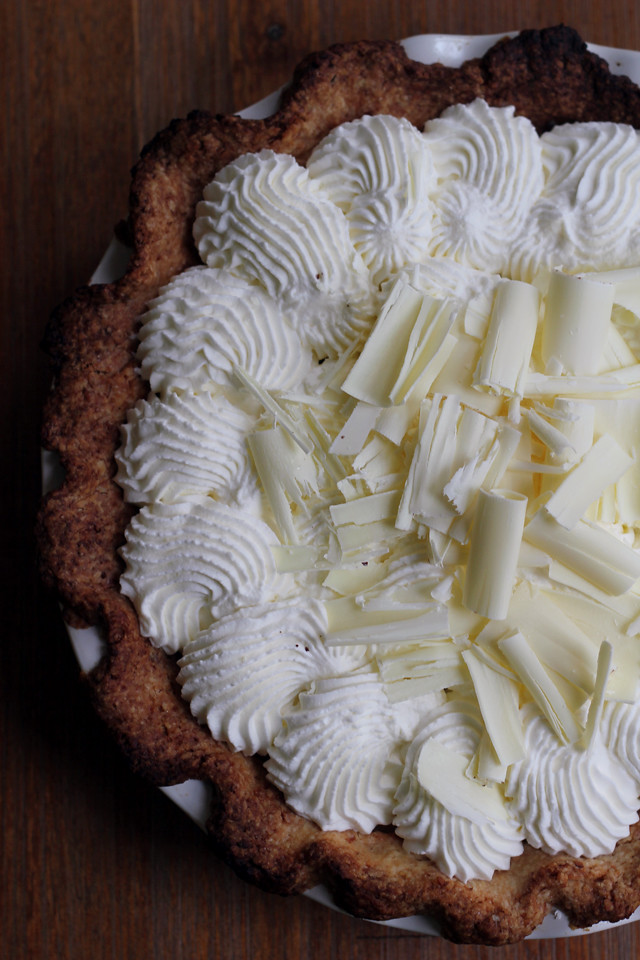 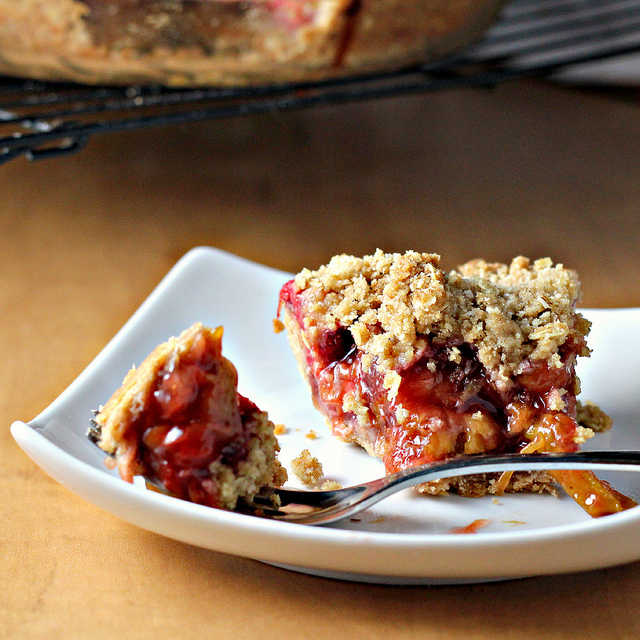 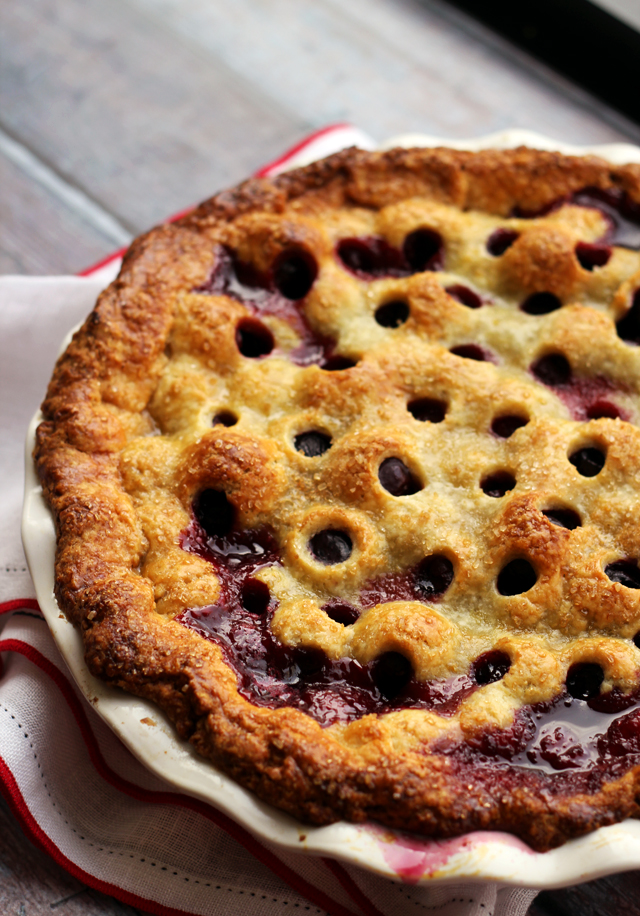 Strawberry Pie from Spoonful of Flavor 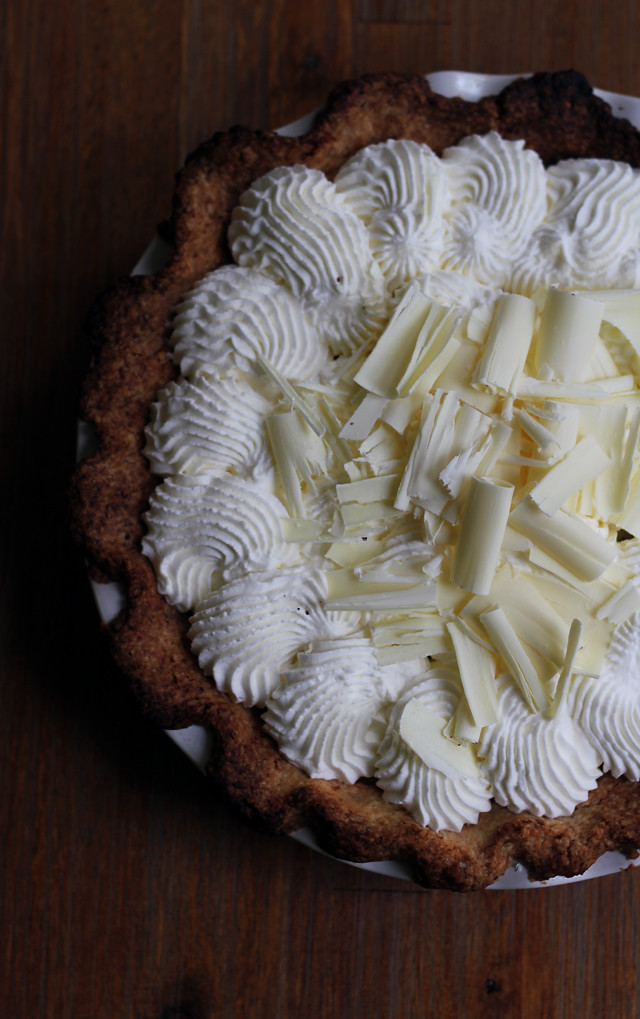