Two of the best flavors of fall combine to create this vanilla chai cake with pumpkin-white chocolate ganache and pumpkin spice buttercream. Perfect for any fall celebration!

Chai and I go waaaayyyy back.

Like, back to the dark ages of my pregnancy with Remy when it was the only thing I could drink in the morning without gagging.

Maybe it was the spice or the subtle sweetness or the just-right amount of caffeine. More likely it was all of the above. Either way, I basically overdosed on chai lattes for 10 months (because YES A PREGNANCY IS TEN MONTHS AND DON’T LET ANY LIARS TELL YOU OTHERWISE) and haven’t been able to bring myself to drink one since. 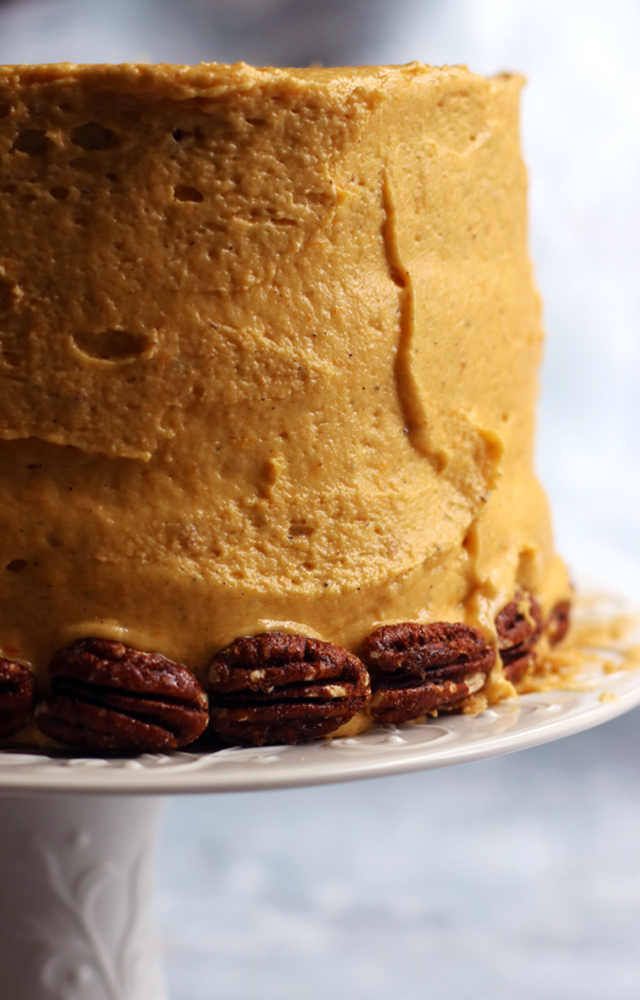 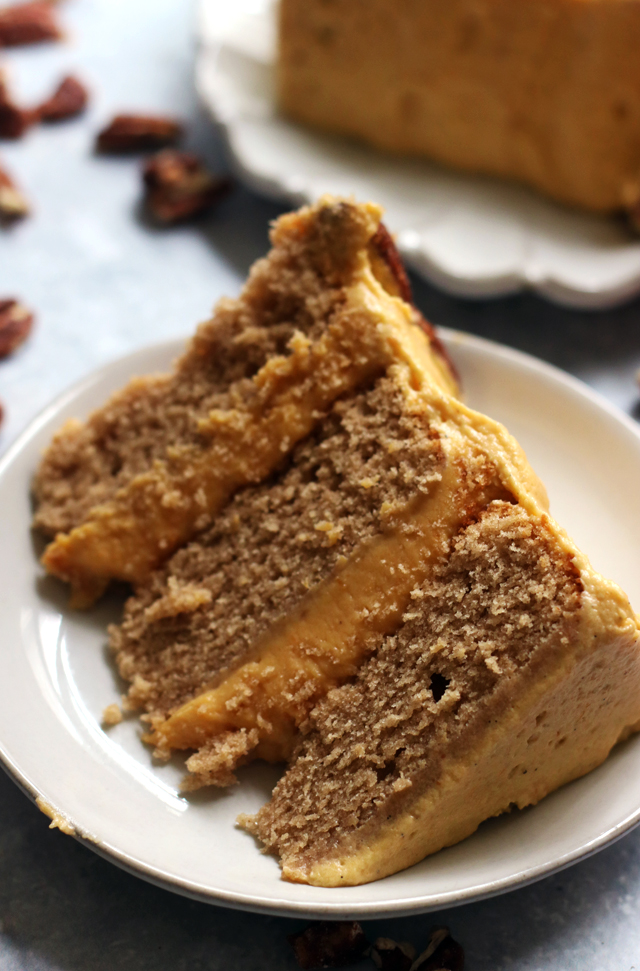 Except by drink I clearly mean EAT CHAI CAKE because I’m still not sure I’m ready to latte it up yet. Pregnancy nausea leaves very strong food associations that are not to be reckoned with. Let’s just consider this a baby step in the right direction.

While everyone else out there is making pumpkin spice cake with pumpkin spice all the things, this cake gets a little bit off the beaten path with it’s chai-ness. It still has pumpkin in it, but it’s really not the driving flavor…more of a subtle undertone.

The cake is made with milk that’s been steeped in chai tea but it also has the usual players in terms of fall spices. It is then filled with a pumpkin white chocolate ganache and iced in a pumpkin chai buttercream, both of which are made with real pumpkin. And yes that orange hue is au naturel. No food coloring needed here! I think it would be perfect for a Halloween party or, you know, a random Saturday cake adventure. Whichever comes first. 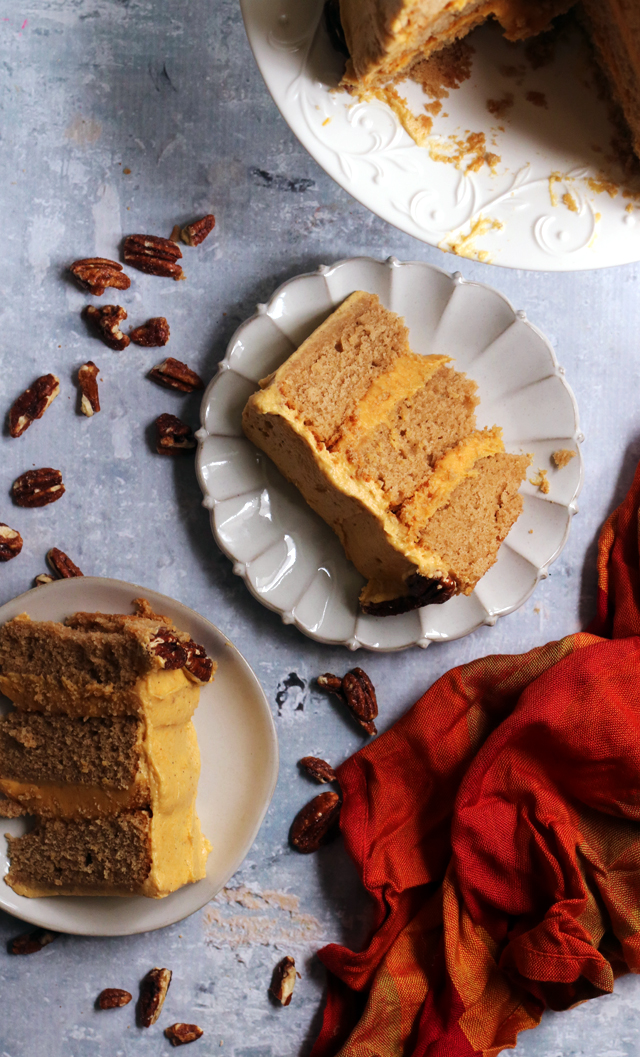 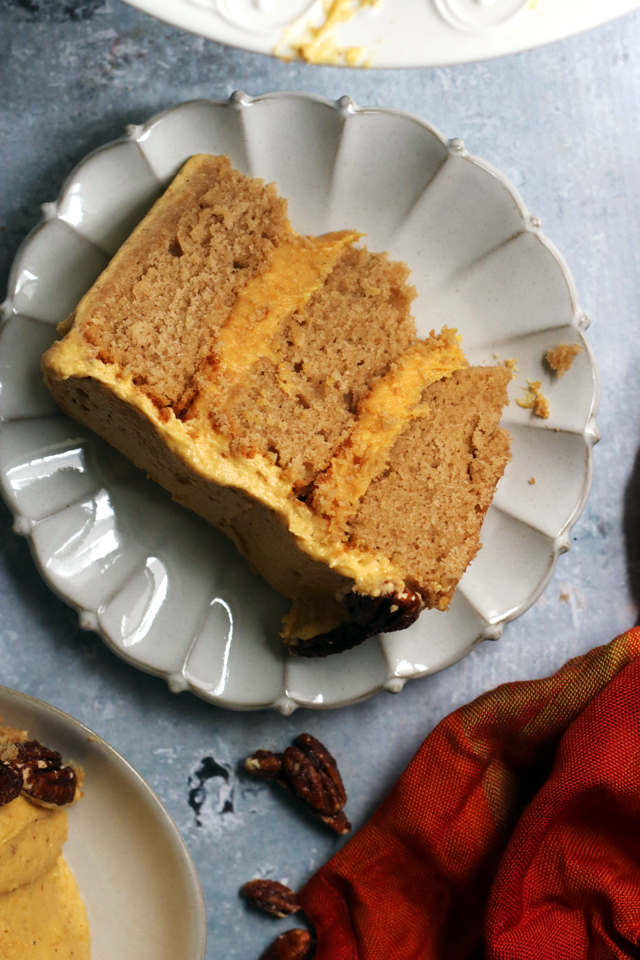