Are you ready to be wow-ed?

Like, jaw-dropping, mouth on the floor but also LICKING YOUR PLATE CLEAN wow-ed?

That’s what this recipe is about to do to your asparagus game. Seriously, it should be illegal for something to taste this good. 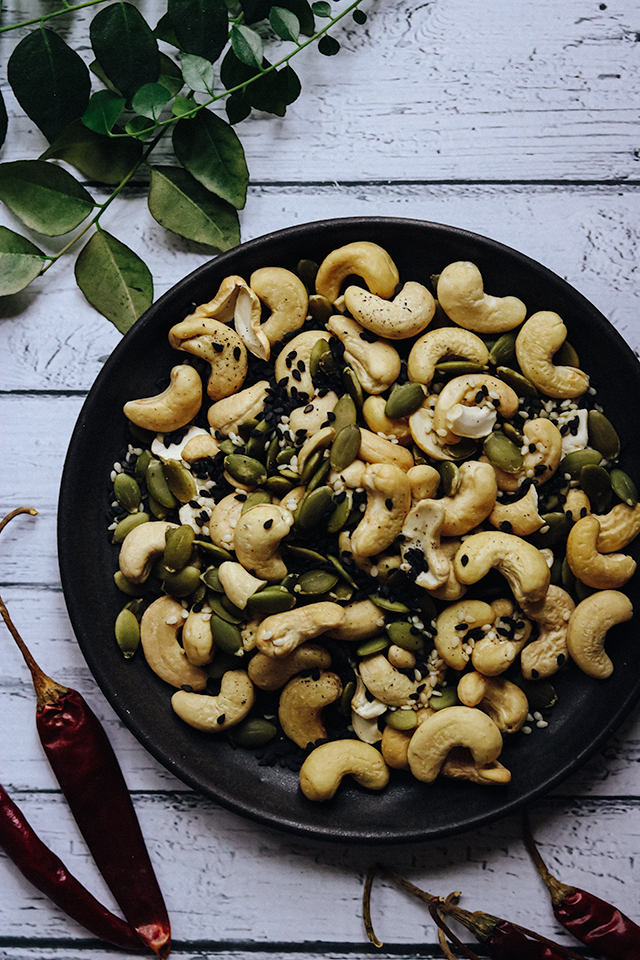 You start with blistered asparagus, which is pretty excellent in it’s own right.

It’s cooked simply in a hot cast-iron skillet or grill pan with a little bit of olive oil. Just pop it in there and let it get all smoky and charred.

For something that only takes about five minutes to do, it has a pretty high flavor-to-effort payoff. SO GOOD. 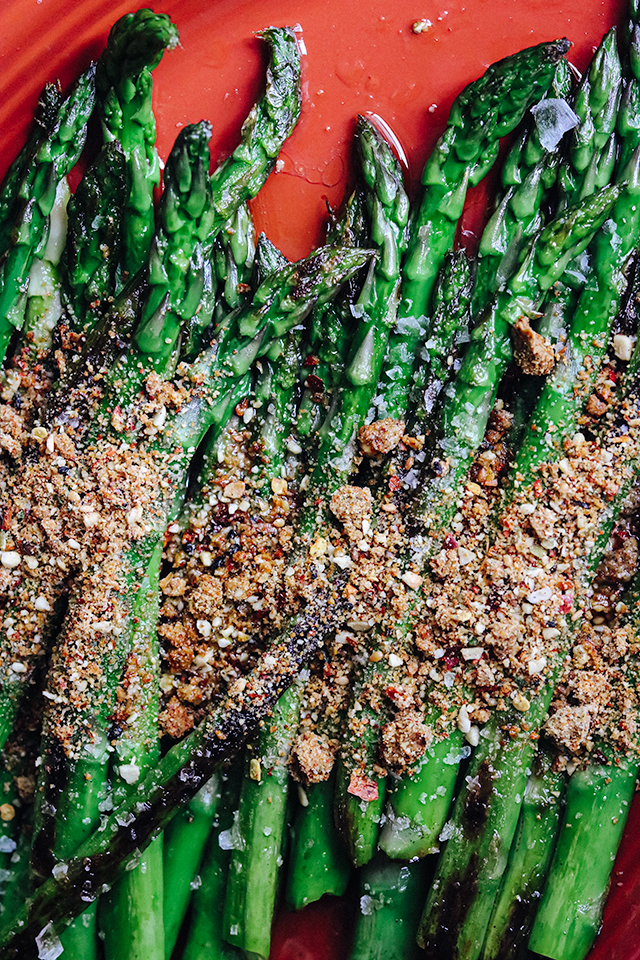 Honestly, you could stop there and be pretty happy with the results but then you’d be missing out on my new favorite thing in life, which is GUNPOWDER MASALA.

AKA the secret to making everything in life taste better. My husband asked, while literally licking the remains off of his dinner plate, what was in it, to which I replied “crack”. I was not wrong.

If you’ve never heard of this magical spice blend before, you are not alone. Prior to making this dish, I think I had vaguely heard the phrase somewhere but had certainly never tasted it, and now I can’t stop putting it in everything. Brace yourselves.

Traditionally made with a mix of toasted lentils, some spices, and a whole bunch of dried chilies, it’s one of those recipes that varies greatly in content from family to family, region to region. This version, from Nik Sharma’s The Flavor Equation, bucks tradition in that it dispenses with the legumes, replacing them instead with a mix of toasted nuts and seeds. It’s hard to describe the resulting flavor profile, other than to say it’s nutty and toasty with a heck of a lot of spice.

The recipe below makes an extra-large batch (way more than you’ll need for the asparagus), which is just fine because you’ll find yourself putting it on everything. It is a surefire way to elevate just about any vegetable dish, as well as salads, stews, dals (probably meat but I am decidedly not the expert on this). Store it in the refrigerator in an airtight container to keep it tasting fresh for as long as possible. 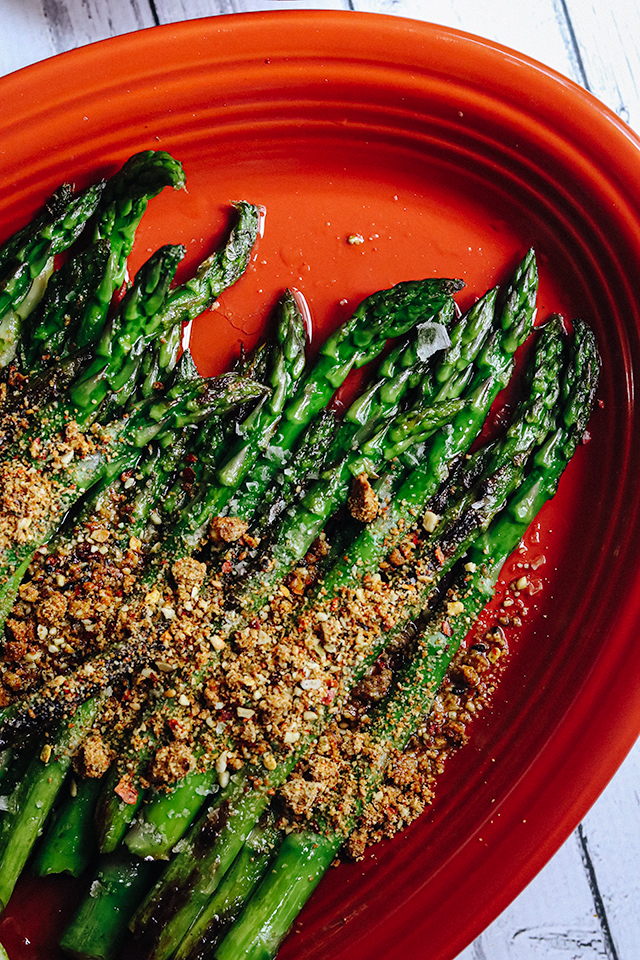 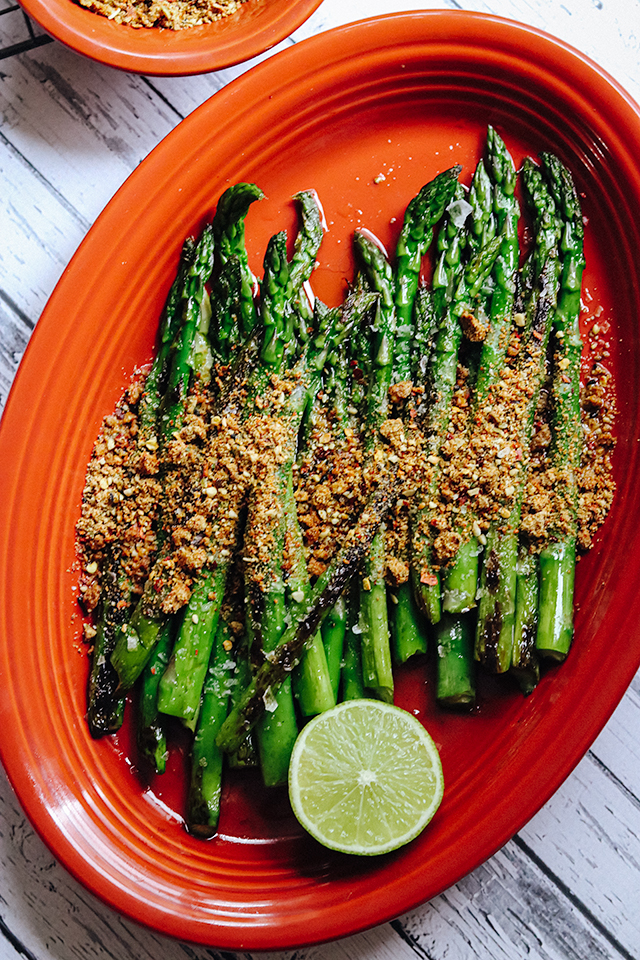