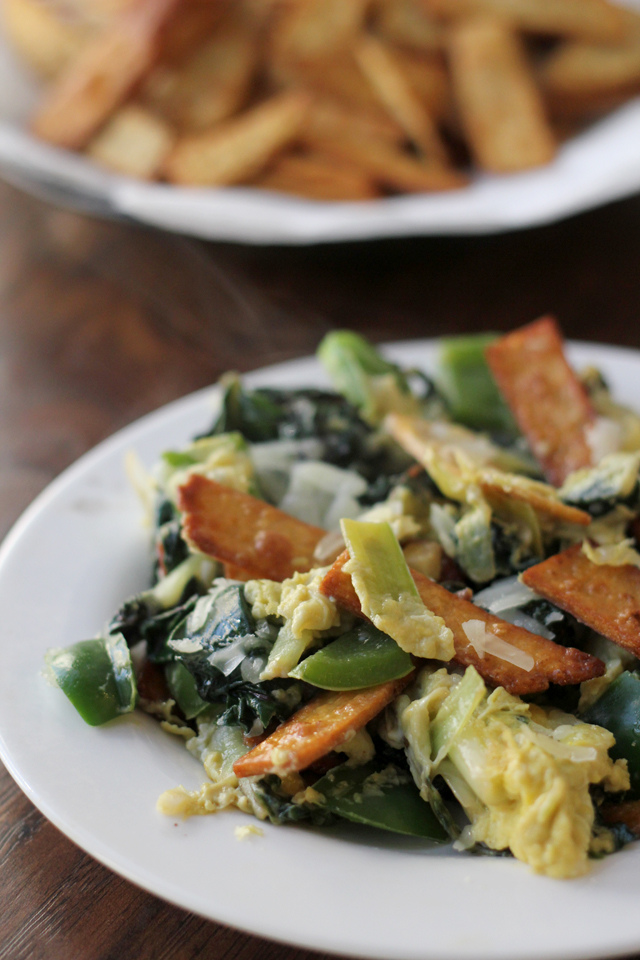 This post is part of The New Southwest Cookbook Spotlight sponsored by Hippocrene and hosted at girlichef.
—

Sometimes I crave scrambled eggs to the point where it feels totally possible that the world will end if I don’t have them in the next five minutes.

So then it’s like an episode of Top Chef gone way wrong as I try to race against the (imaginary) clock to fry them up and get them in my face before the universe implodes.

(I wish I could say that the image you now have in your head of me whirlwhinding around my apartment with a skillet flailing and egg yolk in my hair is a gross exaggeration. But no. That’s real life.) 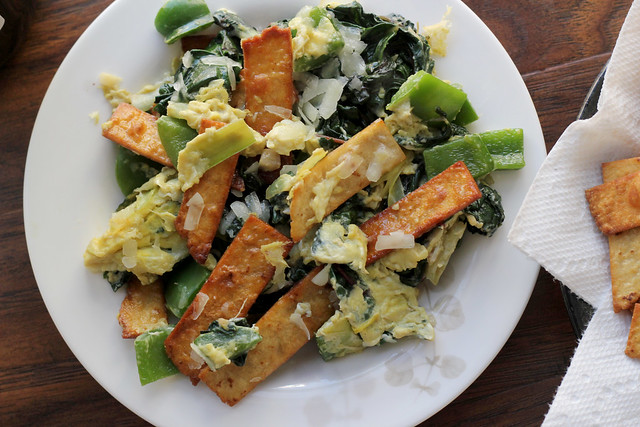 And then there are migas. Which are kind of like scrambled eggs on crack.

The kind of crack that has crispy tortilla strips, lots of veggies, the almighty (fluffy! scrambled!) egg, and a layer of (sigh) cheese all coming together in one pan.

Which is obviously the only kind of crack worth indulging in. 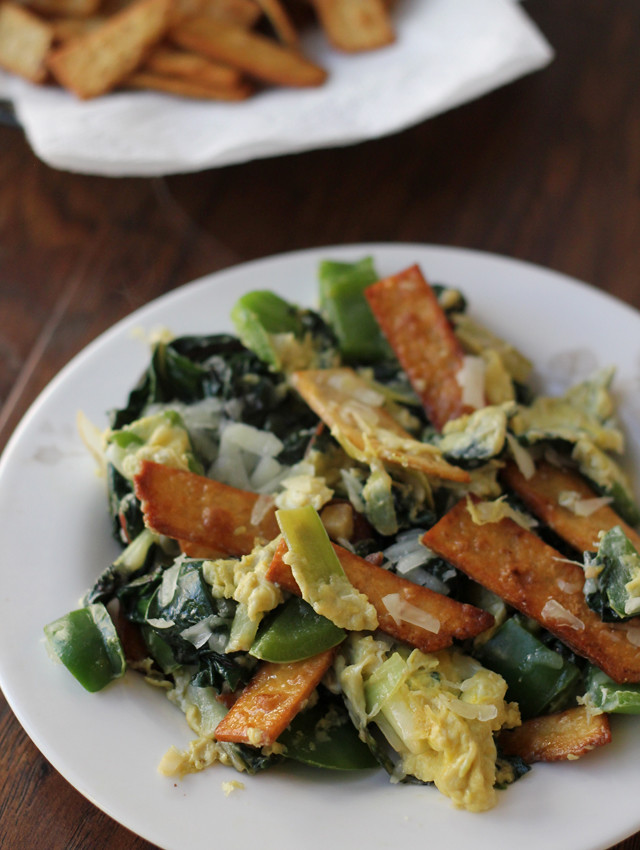 These migas in particular kind of shake it up more so than the traditional variety, which normally has tomatoes, jalapenos and onions as its mix-ins.

But that won’t surprise you at all when you hear that the recipe comes from Meagan of Scarletta Bakes‘s FIRST COOKBOOK.  The title of which is: The New Southwest: Classic Flavors with a Modern Twist

. So, yeah. Shaking it up is kind of the point.

I’ve been reading Meagan’s blog for a good long while now and I always love seeing the crazy spins she puts on traditional southwestern fare, which is already kind of a mash up of Mexican/Native American/Southern/Californian flavors. So I was absurdly excited when Heather asked me to be part of the Cookbook Spotlight she was putting together to celebrate Meagan’s cookbook.

This first recipe that we’re showcasing originally called for mushrooms in the migas mix but I knew there was no way I’d ever get The.Boy to eat them if that’s what I used. He still didn’t eat them with the swiss chard I used instead. (Joke’s on me.) But I did. And I loved them.

The creamy eggs, the crispy tortilla strips, all that great veggie flavor. And cheese.

I feel another craving coming on. Things are about to get ugly. (But also very very delicious.)

(PS – the winner of my McCormick giveaway from last week is commenter #106 – Grace from A Southern Grace!) 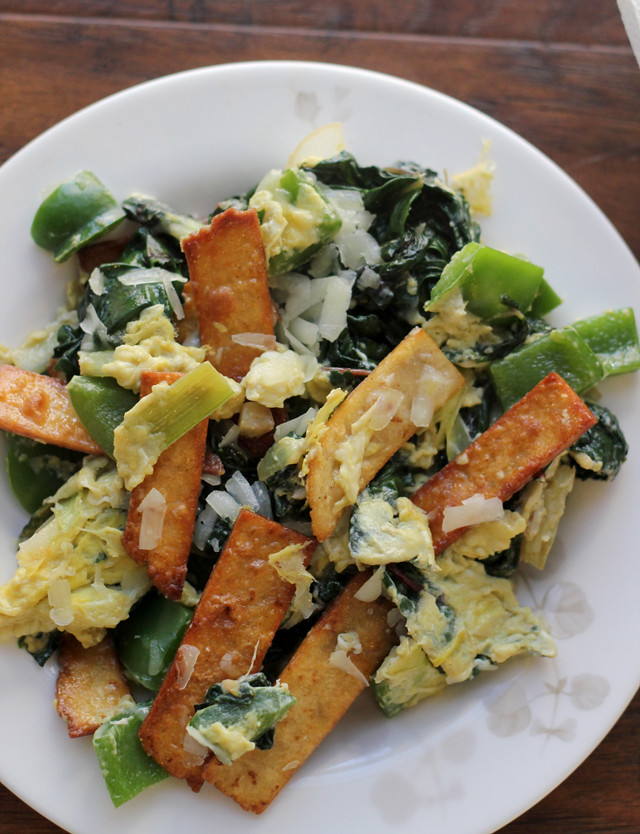 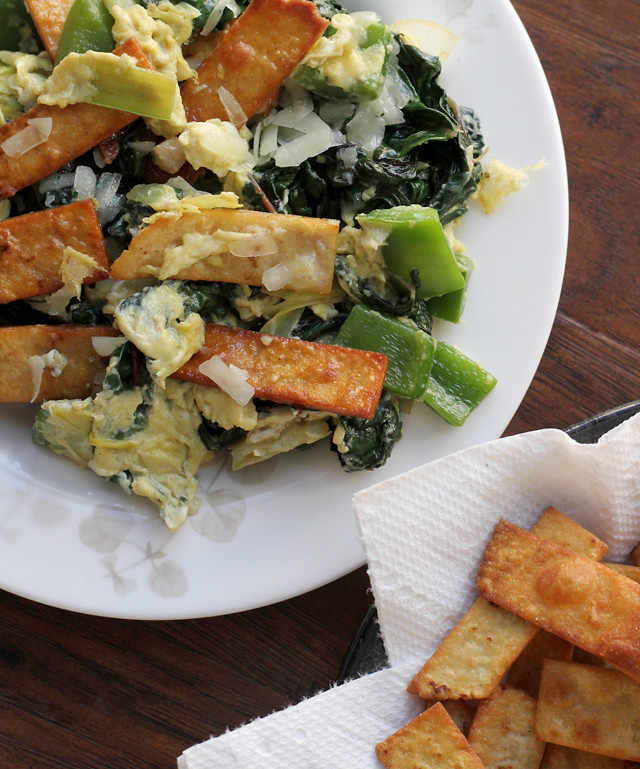