This is a Sponsored post written by me on behalf of Cooper Cheese for SocialSpark. All opinions are 100% mine. The classic bagel, egg, and cheese gets a veggie update in this holiday-worthy breakfast strata! 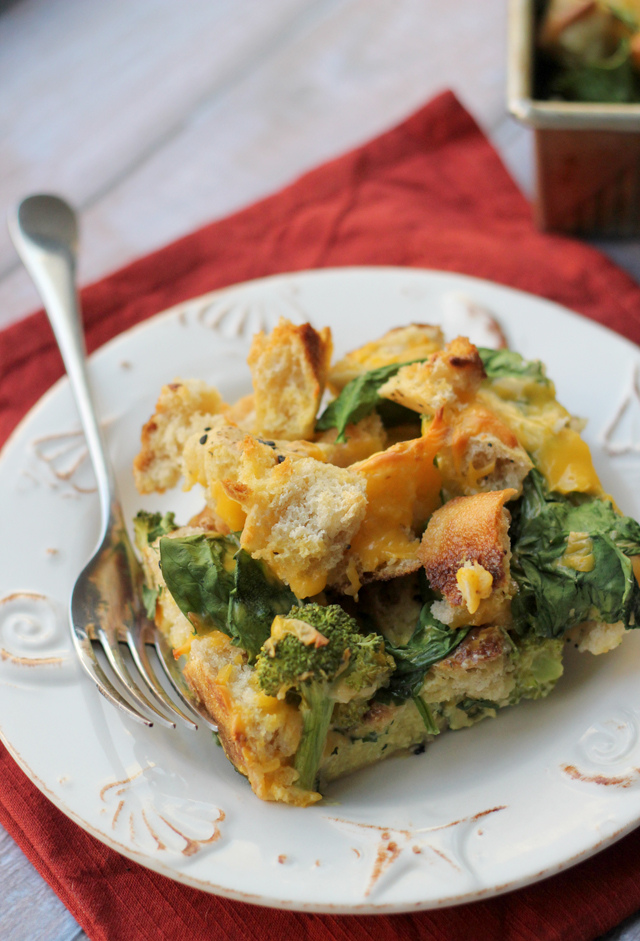 How do you breakfast sandwich?

That’s a real question. As well as a real verb.

I Urban Dictionary’ed it in the future because we are going to breakfast sandwich our way into 2014 so.hard that it’s going to become an official thing. I can feel it. 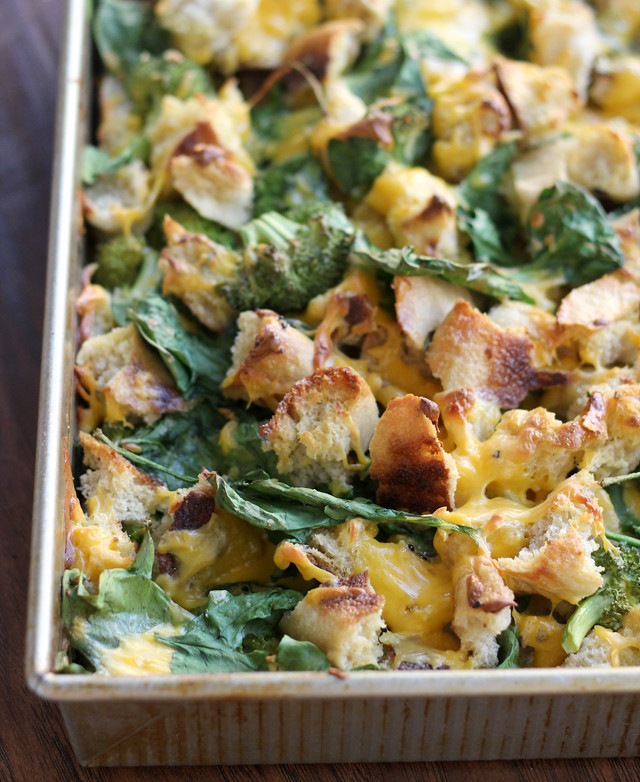 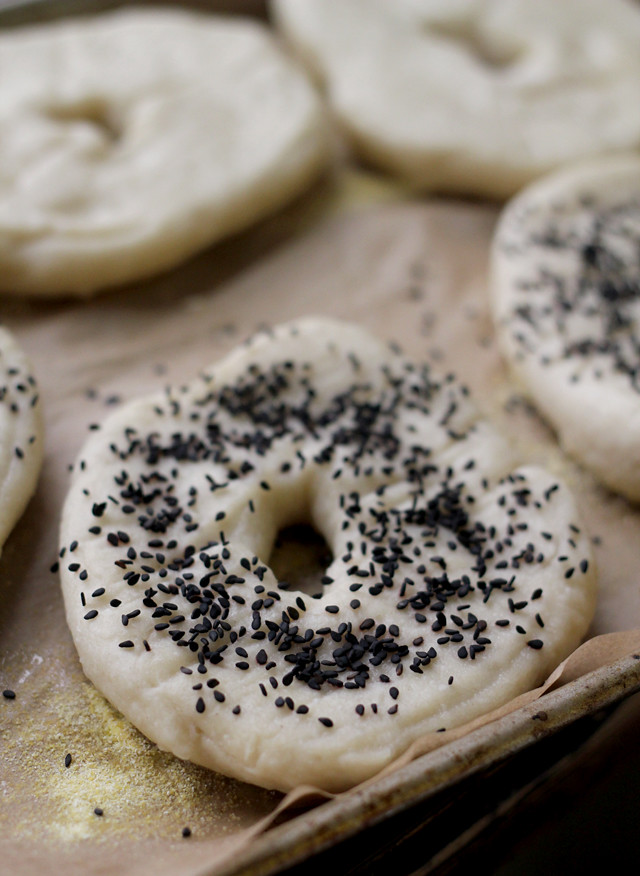 Holiday breakfasts growing up were all about the incredible edible egg.

After presents were opened, my dad would turn into a short order chef – I was sunny side up, my brother was scrambled, my sister was too young to know what she wanted, my mom was probably too busy doing some last minute vacuuming, and if we were lucky he’d let us put slices of American cheese on top during the last minute of cooking so that it would get all melty and delicious. 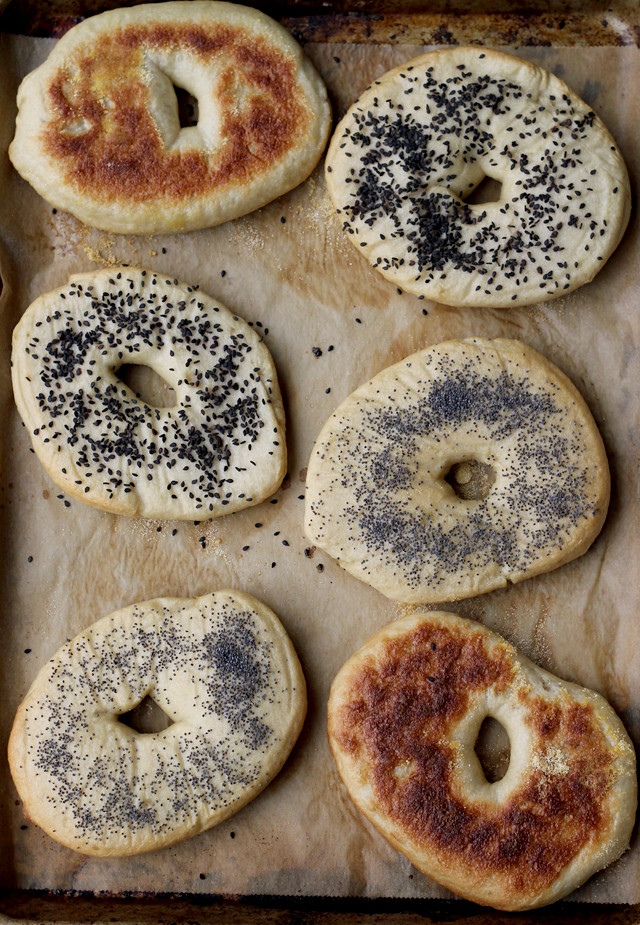 Now, I may have a serious (borderline fanatic) love of some of the more “pinkies up” cheeses, but if anyone tries to tell you there is a better cheese to stuff into an omelet or a grilled cheese than American…they are lying. 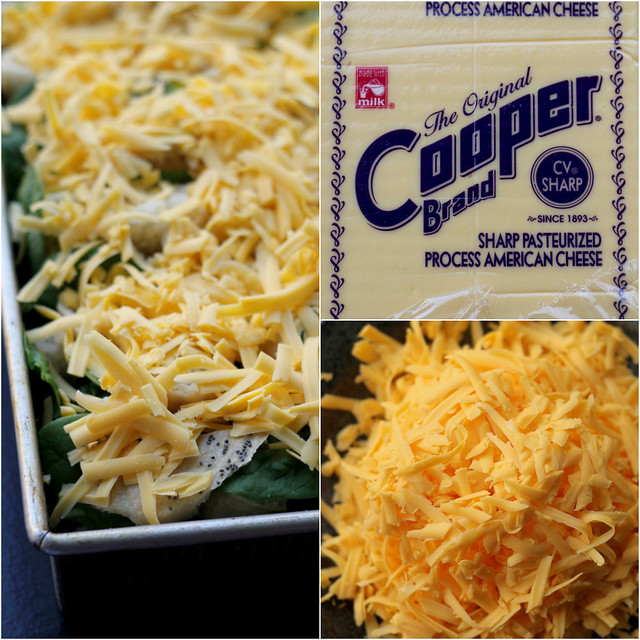 And if Christmas fell on a weekend? There would be bagels and we would have breakfast sandwiches. And it would be heavenly.

So when Cooper Deli sent me some of their American cheese varieties to try out (white! yellow! black pepper!), I knew I had to breakfast sandwich it. For old time’s sake.

This strata translates a little bit better to entertaining than the sandwich itself does, as it can be made ahead and in one pan. The bagels can be stale, the veggies can be pre-chopped, and all of the ingredients can be tossed together the night before and then baked off the next morning so that everyone can wake up to a cheesy winter wonderland. And if that’s not a Christmas miracle, it’s hard to say what is. 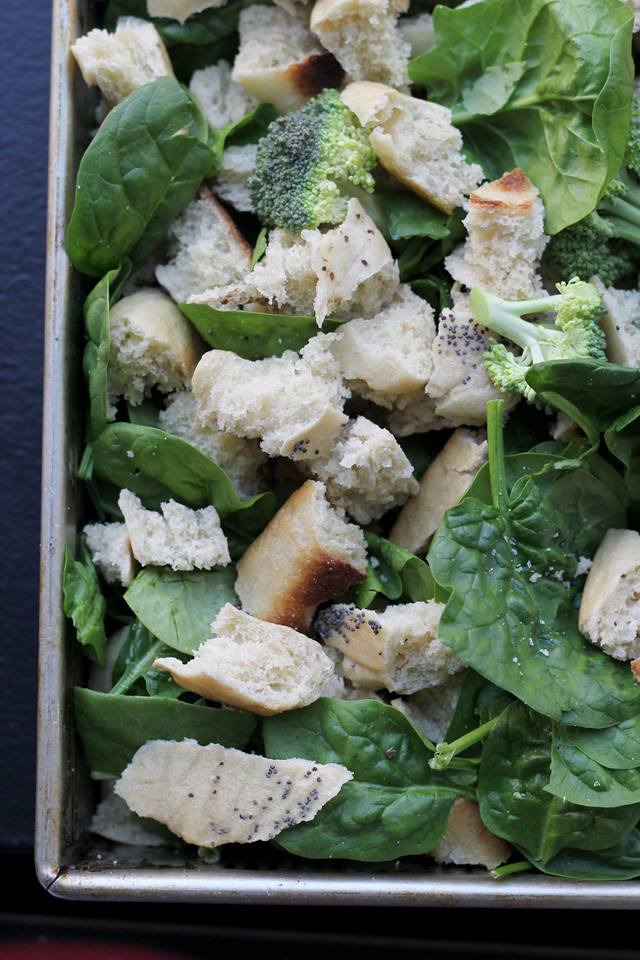 Unbeknownst to me before this, Cooper deli cheese has been around since 1893! Its tried and true cheeses have definitely stood the test of time for good reason…they were super creamy and perfectly meltable. Just what you’d want in an American cheese. I used the yellow variety for this recipe but can’t wait to try out the other two! Be sure to check out Cooper Cheese on Facebook and follow @TheCooperCheese on Twitter! 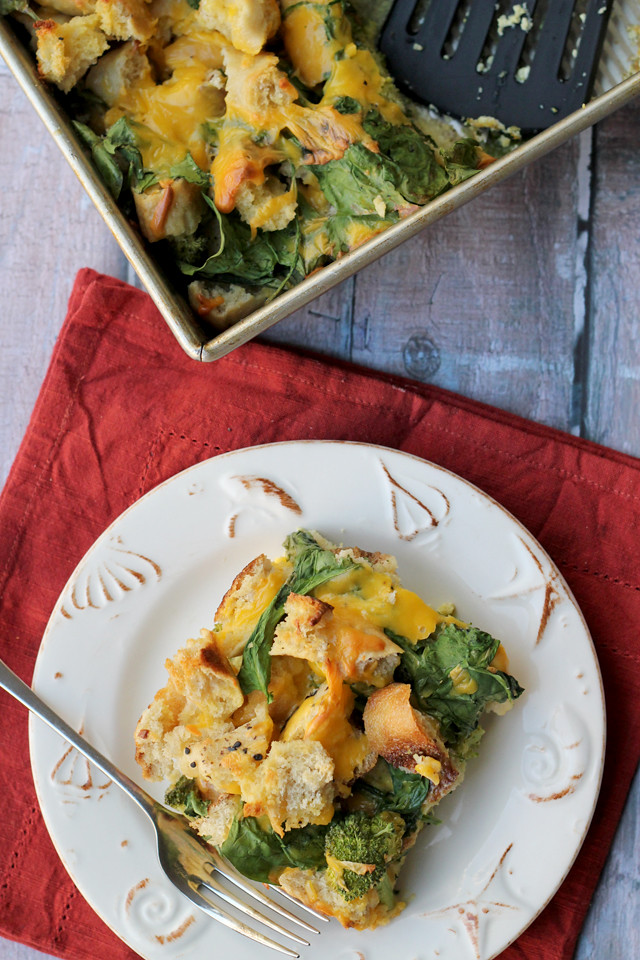 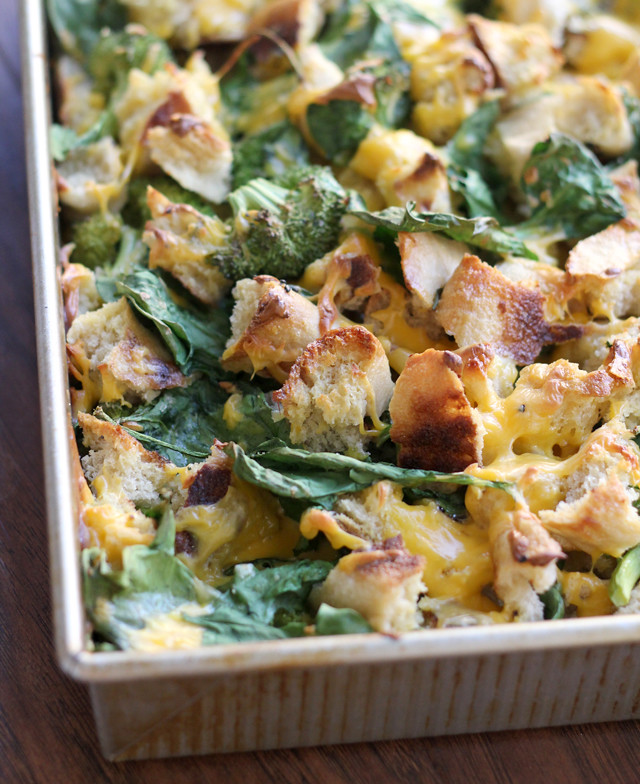