This one-pot spaghetti with Greek tea, feta, and kalamata olives is full of great, fresh Mediterranean flavor and makes for an easy weeknight meal!

No, even I’m not immune to the one-pot pasta craze.

I actually tried out Martha’s recipe this past summer when it first hit the internets in full force, but you might have noticed it didn’t appear anywhere on this blog in any incarnation.

Namely because, I was unimpressed. 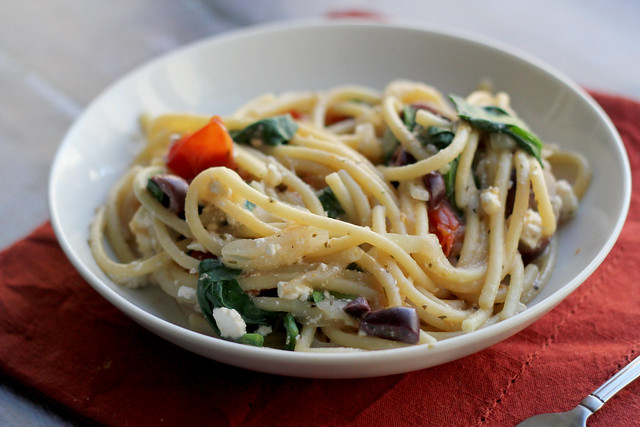 Martha, the self-labeled “recipe development expert“, ex-con (or whatever interns she had create and photograph the recipe) unimpressed me.

You could at least pretend to be more surprised. 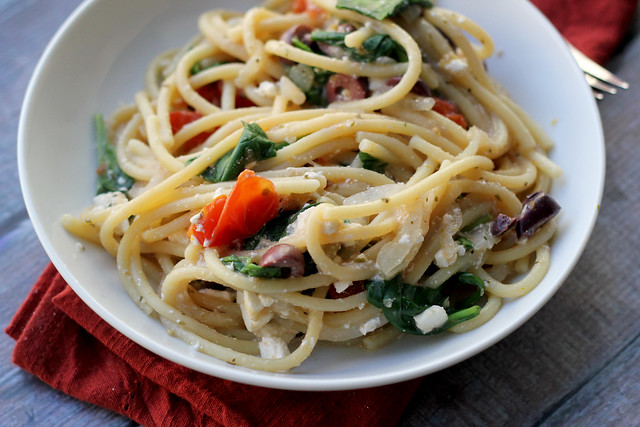 Granted, it had a lot of things going for it. It was easy and one-pot and “just okay”. Not bad, mind you. But “just okay”.

And I tend to not deem “just okay” to be blog-worthy.

So I thought I would hold out for something better. The prince charming of one-pot pastas.

The kind you want to take home to your mom on Christmas because WHOA it is THAT GOOD.

This is that one-pot pasta. 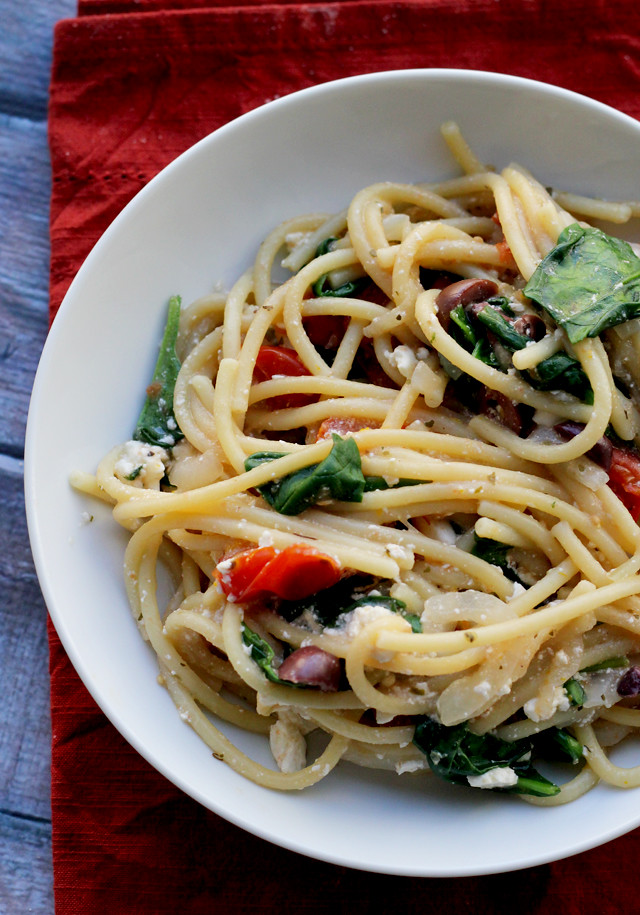 All the best that the Mediterranean has to offer.

Where Martha’s pasta was really one-note in terms of flavor, this version infuses the pasta with the briny flavors of olives and feta, earthy notes from Greek mountain tea (you can substitute green tea), fruity sweetness from cherry tomatoes, and a pop of green from baby spinach. That’s like twelve-notes of flavor. And counting.

It’s everything you thought one-pot pasta could never be, and more.

So let’s go ahead and do the one-pot pasta dance, this time with feeling. 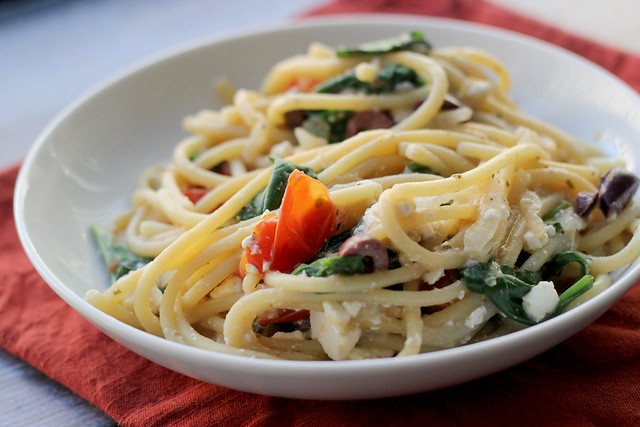 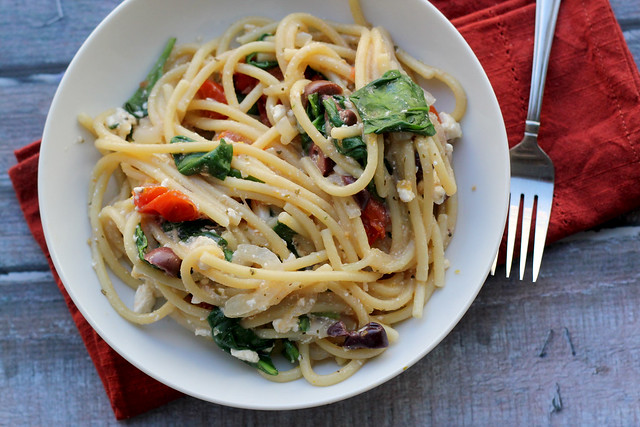