Ginger macarons team up with pumpkin bourbon buttercream to make a sandwich cookie that is perfect to round out any fall feast! 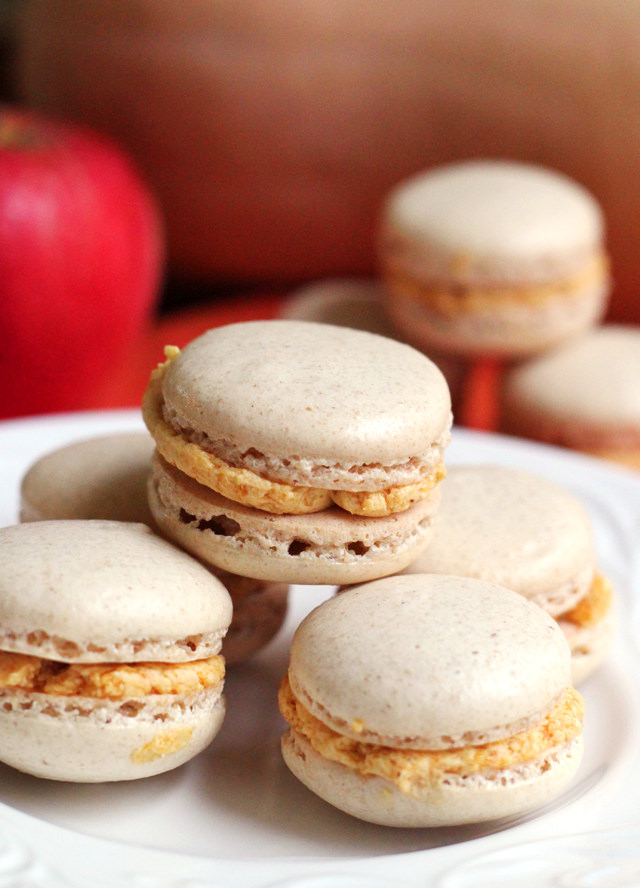 If you thought crepes sent me straight into hot mess territory, then you obviously haven’t seen me make macarons.

My crepe-making self is really more of  a lukewarm mess in comparison. 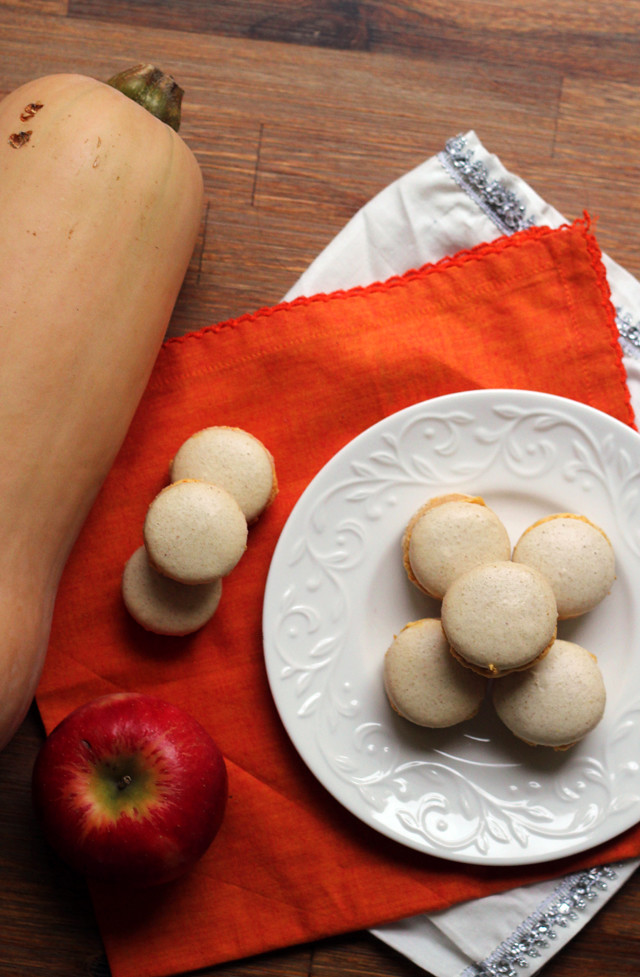 Basically I lose all sense of place and time, forget about comparatively inconsequential things like dinner and sleep, and obsess over whether a fraction of a milligram of extra almond flour is going to prevent my feet from forming.

Not that that stops me from making them. I mean, that would just be silly. 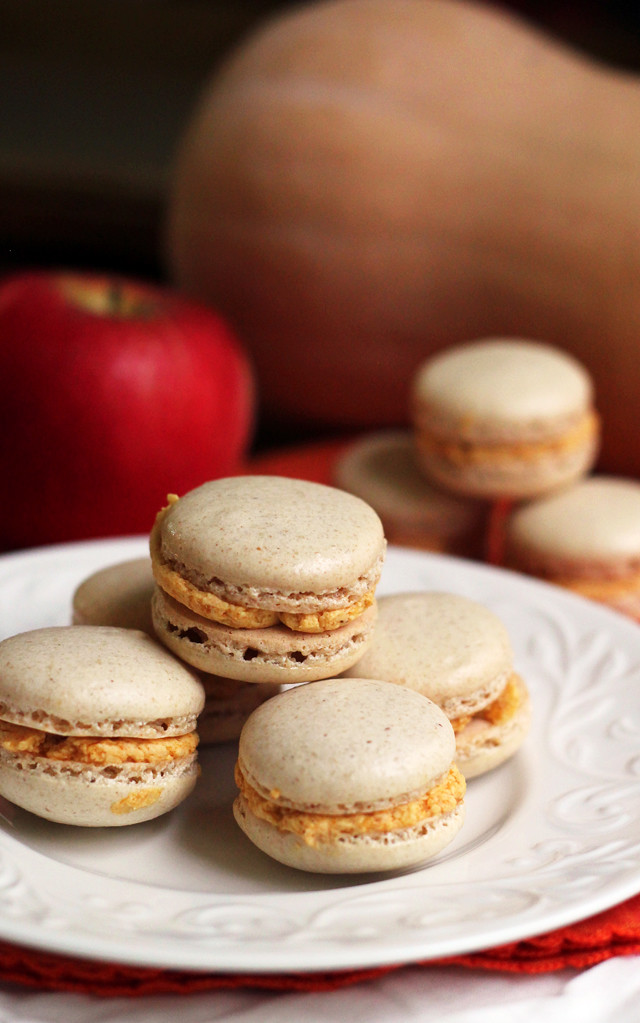 When pondering what kind of fall macaron I most needed in my life, I immediately thought of ginger. Ginger kind of gets the short end of the stick in the realm of fall baking, don’t you think? I mean, cinnamon would totally be the front runner for “Fall Spice MVP”, but I kind of think ginger deserves some time in the spotlight also. I love how it heats your tongue without actually being hot hot and hurts, but kind of in a good way?

I can assure you that these ginger macarons stuffed with a pumpkin bourbon buttercream (with REAL pumpkin in it! that pretty much means it’s health food) are not painful at all to eat. In fact, they are dangerously painless to stuff in your mouth after a midnight baking session.

Not that I would ever engage in such perverse recreational activities. I’m a (flour-covered maniacal feet-obsessed) lady.

Print
Ginger macarons team up with pumpkin bourbon buttercream to make a sandwich cookie that is perfect to round out any fall feast!
Yield: 40 macarons
Ingredients
For the macarons
For the buttercream
Instructions
Notes
Macarons and buttecream adapted from Les Petits Macarons: Colorful French Confections to Make at Home

For more macarons, check out these: 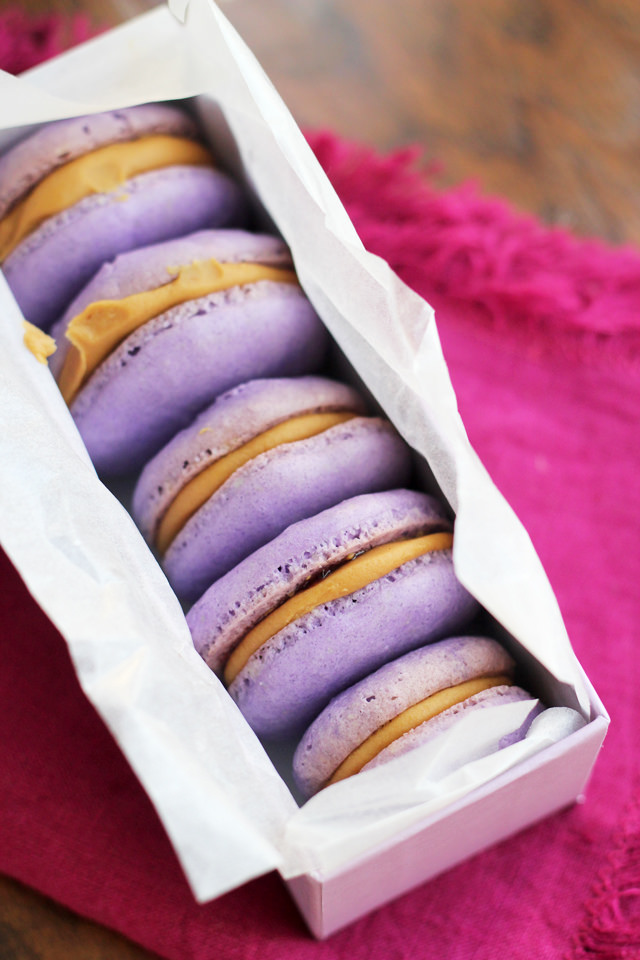 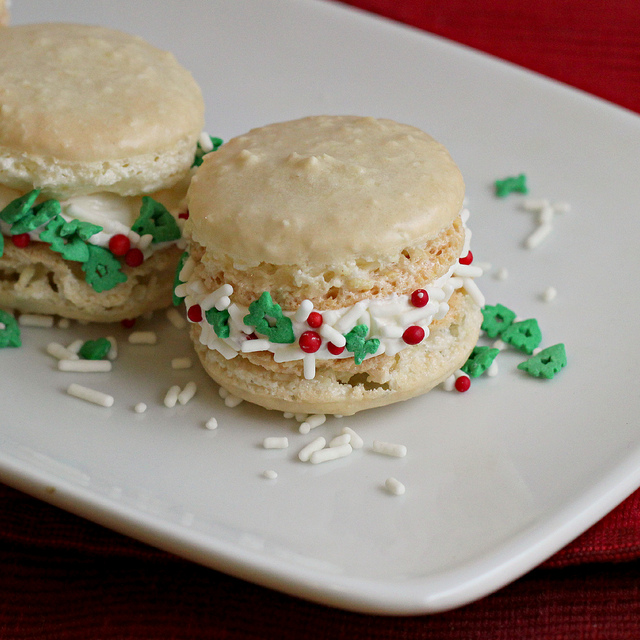 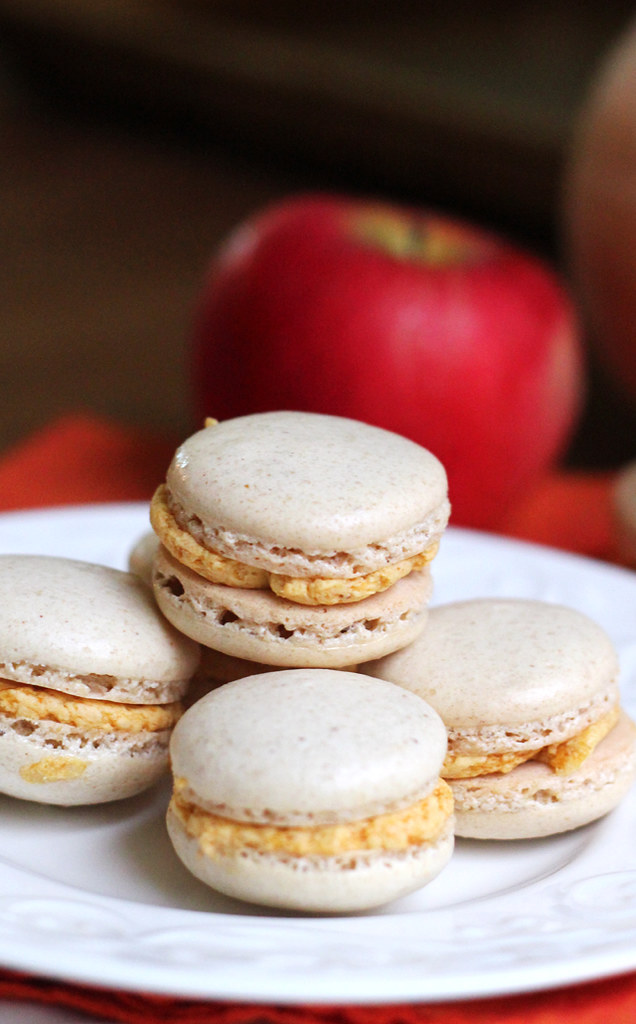