Late summer vegetables get transformed into a rich spicy ratatouille. Serve over cheese ravioli for a hearty pasta dinner! 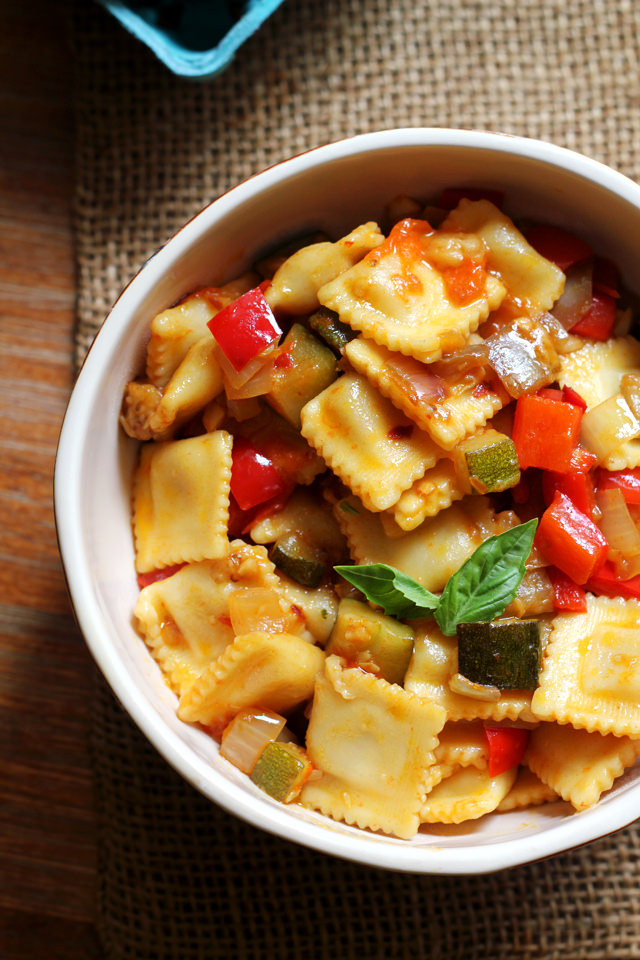 I thought baseball season was getting to be long and unending, but that’s probably only because my subconscious forgot about Sunday Night Football.

Which, by the way, is a total misnomer because it is actually SUNDAY ALL DAY FOOTBALL.

You guys. I’ve been duped. 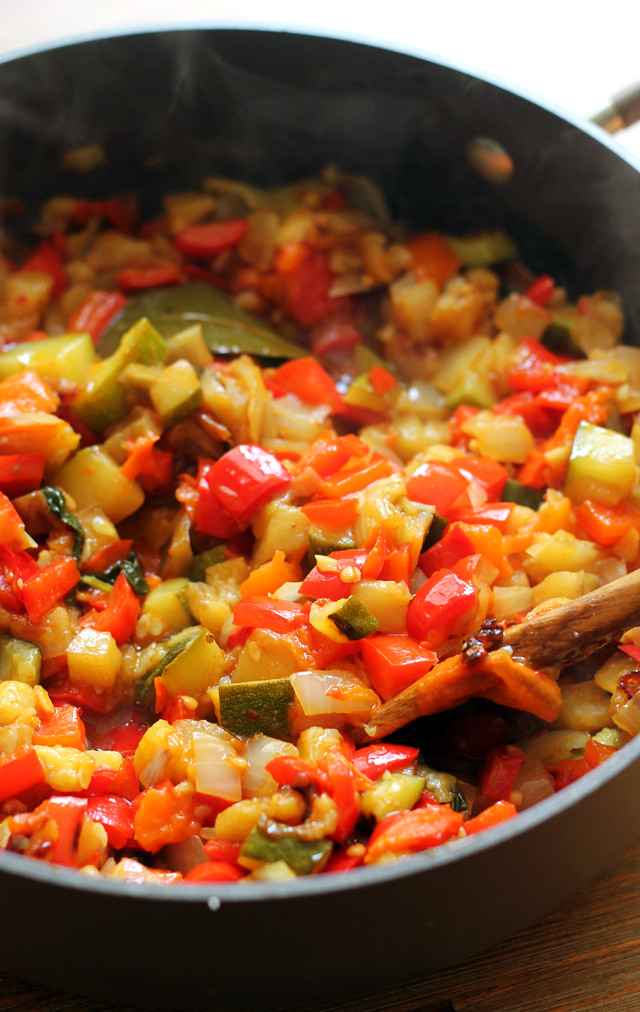 Sure, I should have probably been spending all of this enforced free time practicing for my thesis defense talk instead of sulking over a bowl of noodles, but that just wouldn’t be in the weekend spirit, now would it?

I knew you would understand me. 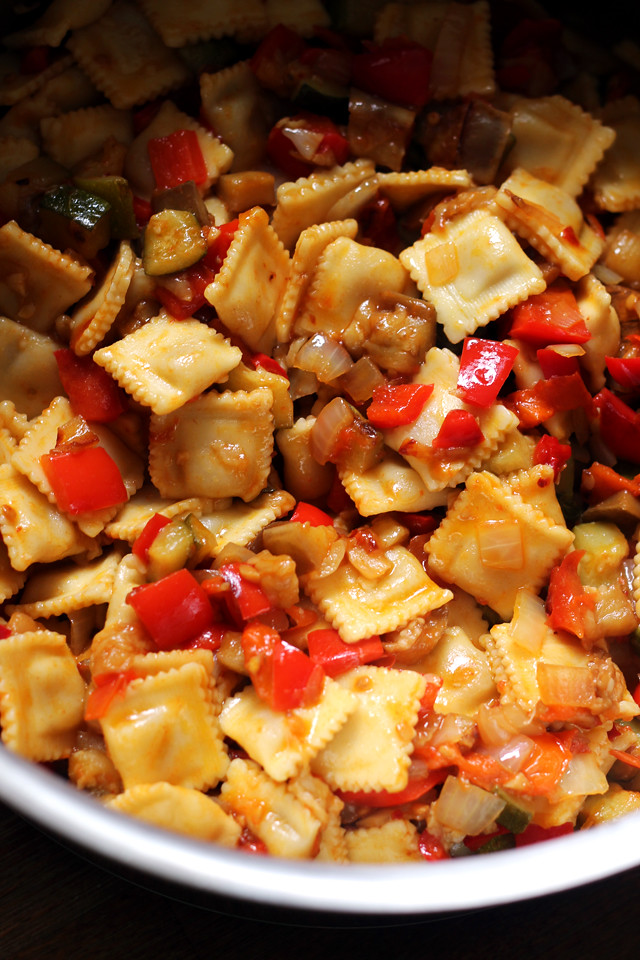 Here’s the beauty of this dish – it’s a celebration of all things late summer! My CSA is still doling out the quite the tomato/eggplant/pepper bounty, so it just feels right. This ratatouille is probably a bit more complicated than most, but trust me – WORTH IT. It’s pretty much the best version of ratatouille I’ve ever had, and I have tried my hand at a lot of ratatouille recipes. Each of the vegetables gets sauteed separately (but in the same pan! I’m not a masochist), so that the flavors keep building, layer by layer. Then they’re all stewed together for 20 minutes while the ravioli cooks.

I can’t even explain the magic that happens in that pot, except to say that it just feels really smooth.

And most definitely like something you really need a big bowl of. With extra raviolis on top, please and thank you! 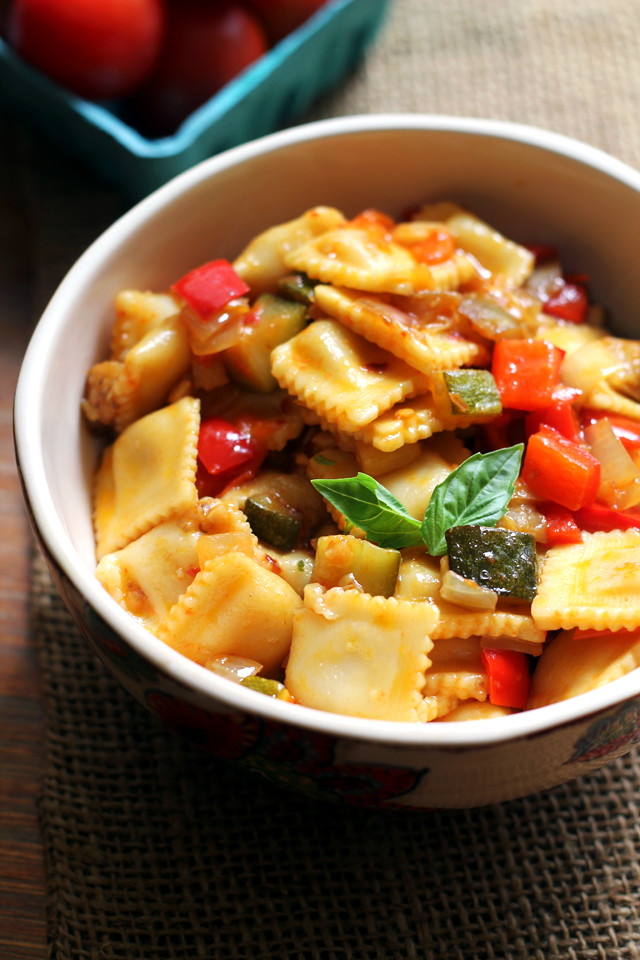 I’m really into mini raviolis at the moment (the cuteness!!) but you should just go with your gut and what’s available at your local supermarket. Tortellini would also work well here! 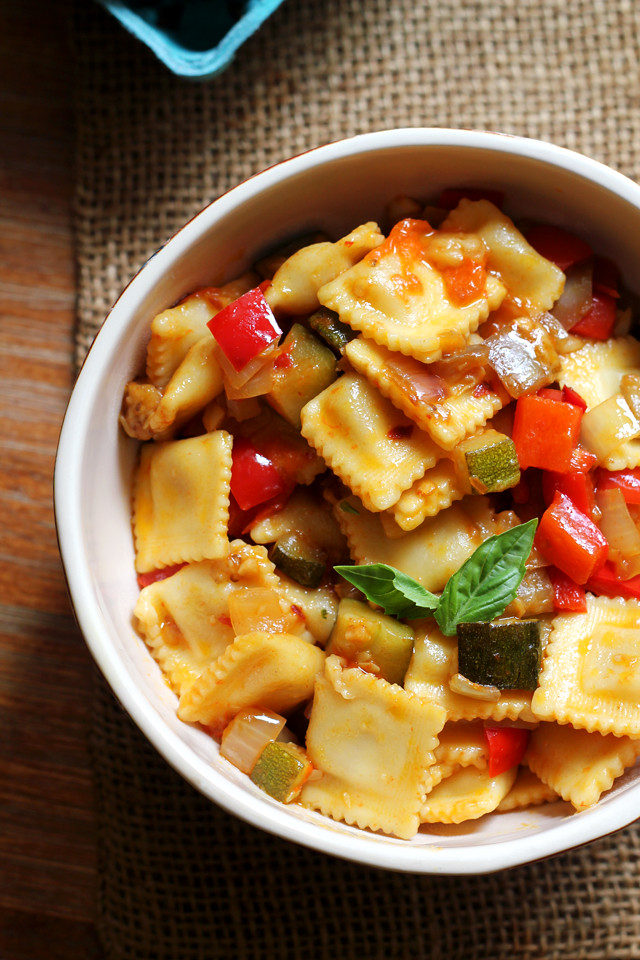 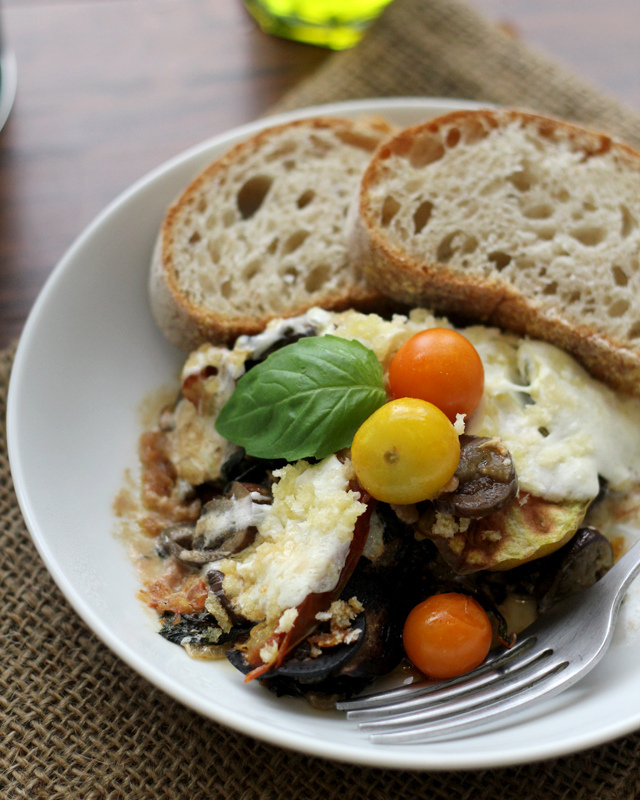 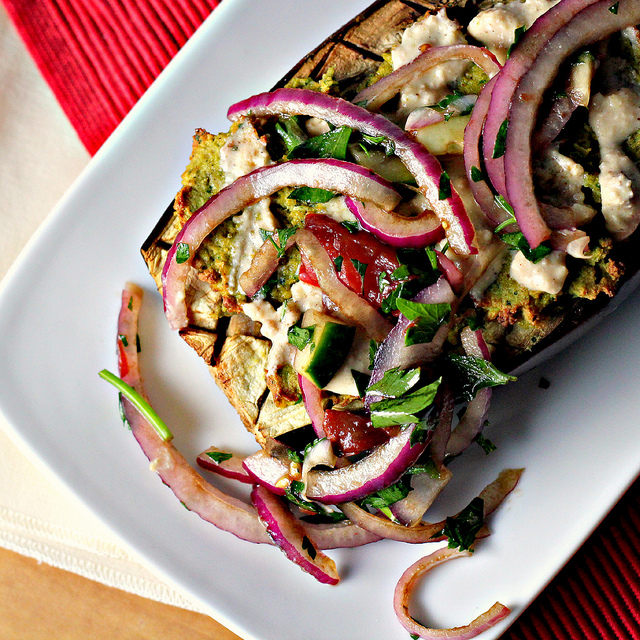 Ratatouille Pappardelle from A Cedar Spoon

Tomato and Basil Bake from Taste and Tell

45 Responses to Spicy Ratatouille with Ravioli