See summer out with a batch of this healthy and hearty stew, featuring all of summer’s best produce, served with slightly sweet cornbread that is made all the more delicious with brown butter and maple syrup caramelized fresh corn.

“Late summer”. What is this nonsense?! 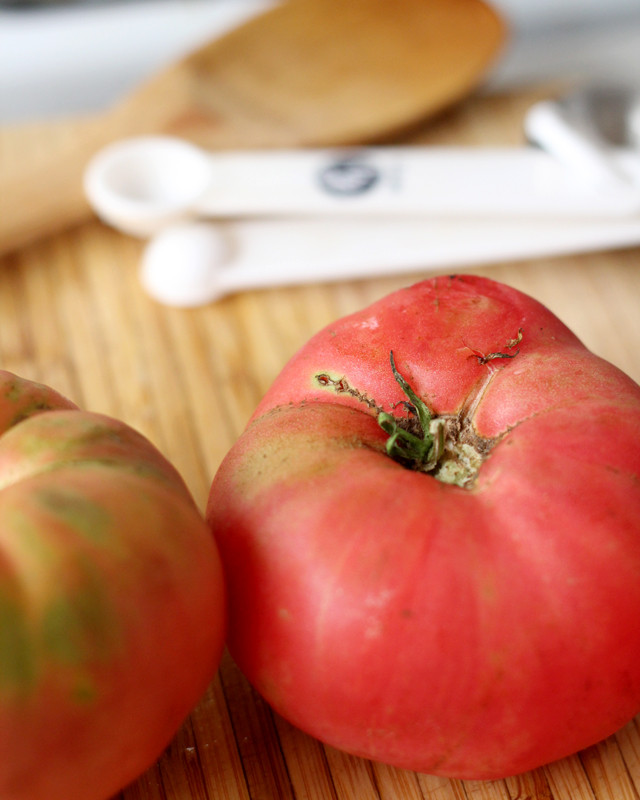 The universe must be playing a pretty epic trick on me because I have done nary a single thing on my summer to-do list, other than run around the entire east coast in cute dresses attending weddings.

I should add that to my resume – official wedding attender.

If only there were some way to monetize it… 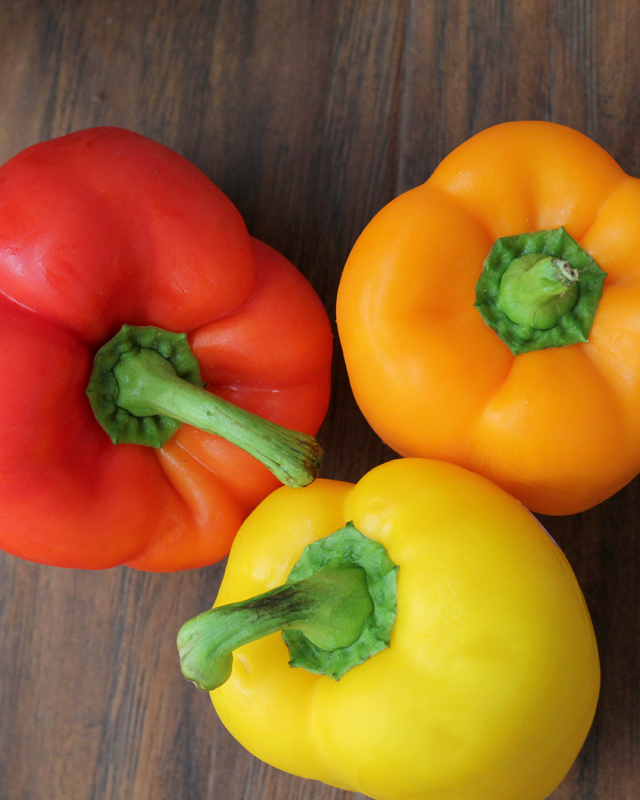 Anyways, my point is.

There has been not a single fruity drink drunk on a single tropical isle.

No afternoon strolls through Central Park, hand in hand. (But plenty of 2+ hour long runs during almost all of which I inform the.boy that I’m not speaking to him for at least three miles.)

And most certainly not enough ice cream/pie/cobbler/crisp/gelato/froyo/etc for my liking. (Although, truly, when is enough really enough.) 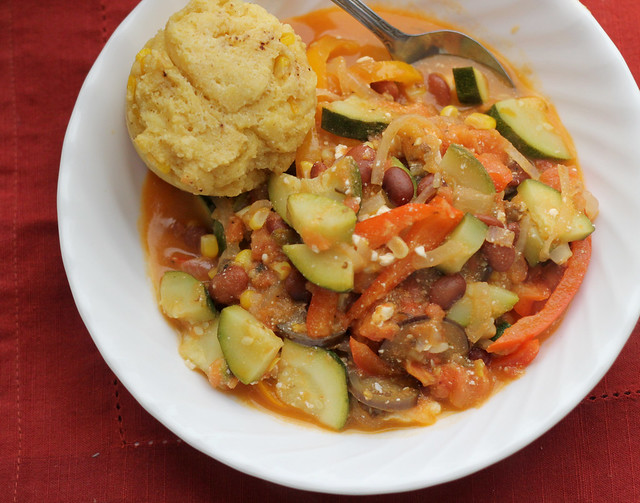 But at least now we have stew.

With ALL THE VEGGIES.

Really. Pretty much everything taking up precious real estate in my crisper went in here.

It was a party on my stovetop. And then a party in my mouth, especially when inhaled with a bite of the most delicious corn muffin I’ve ever had in all my life.

You haven’t truly lived until you’ve tried one of these. I speak from experience. 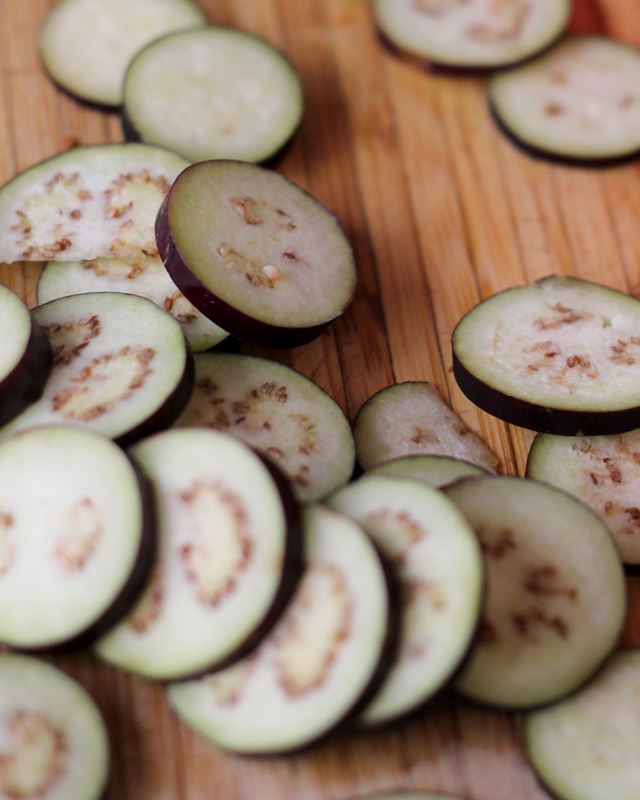 Sort of speaking of which…I spotted a “local” (from Vermont) butternut squash display in Whole Foods on Friday and ran in the opposite direction.

And then almost cried.

And then almost got really excited.

And then almost cried again.

Talk about an emotional rollercoaster tailspin. 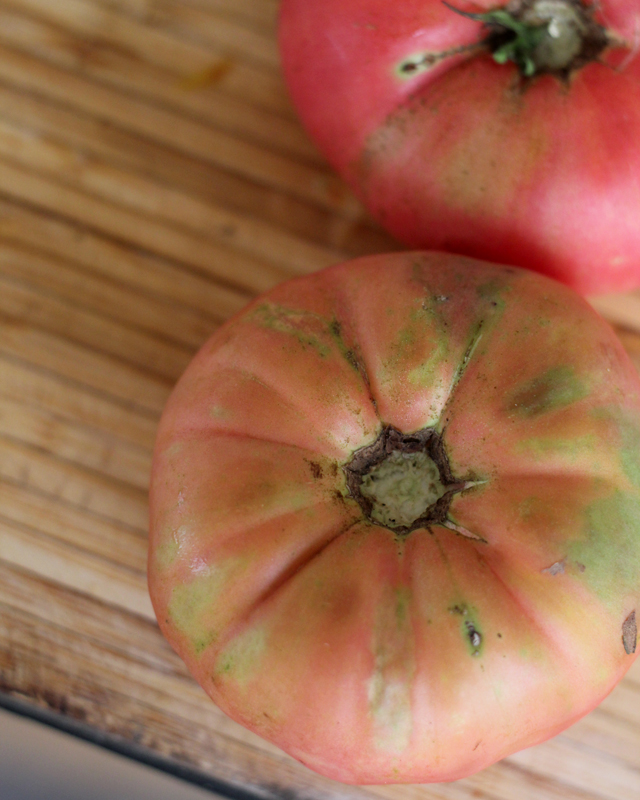 I’m so not ready for this. 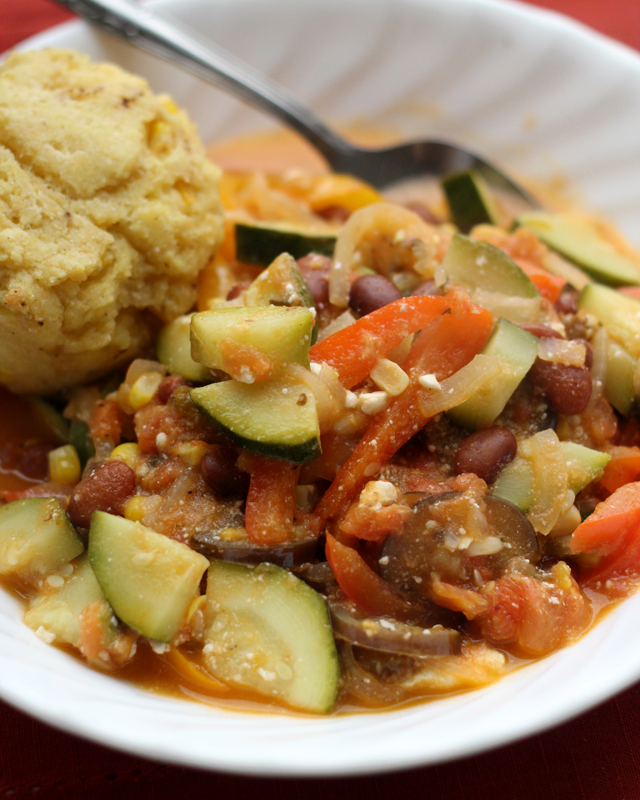 Print
See summer out with a batch of this healthy and hearty stew, featuring all of summer's best produce!
Yield: 4 servings
Ingredients
Instructions
Notes
Adapted from Vegetarian Suppers from Deborah Madison's Kitchen

Print
Slightly sweet cornbread is made all the more delicious with brown butter and maple syrup caramelized fresh corn.
Yield: 8 muffins
Ingredients
Instructions
Notes
Adapted from In the Kitchen with A Good Appetite: 150 Recipes and Stories About the Food You Love 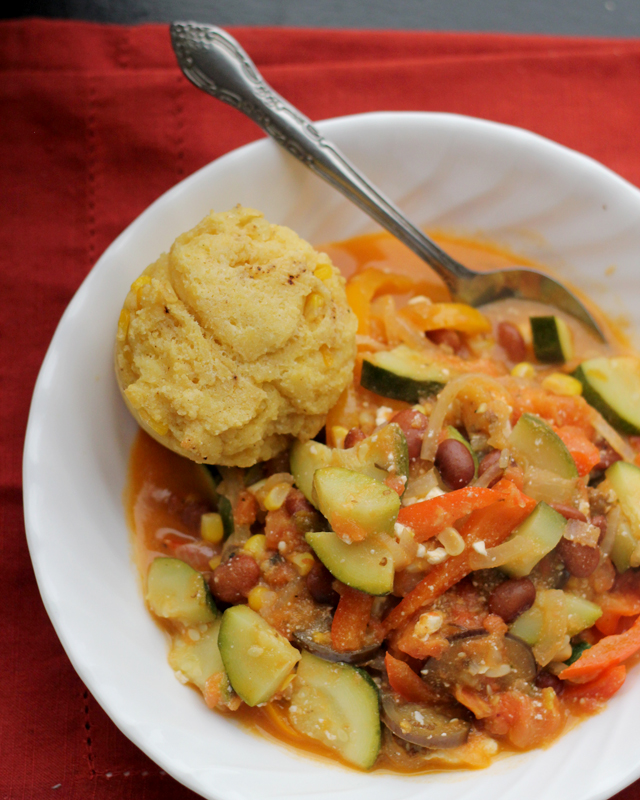