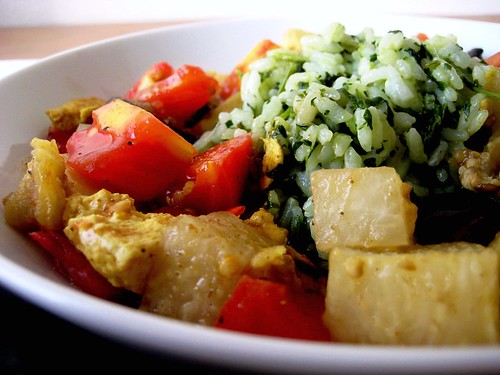 Upon reaching the farmer’s market last week, I was greeted by an alien life form.

(I can’t wait to see what kind of google search hits THAT statement yields.)

This was strange on many accounts.  But mainly because they normally only present themselves to me within the confines of Weill Cornell Medical College lecture halls.  They call themselves “medical students”.  But I know what they really are. 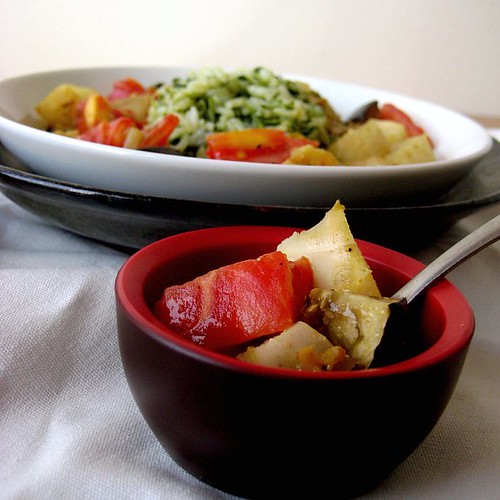 (Before we delve any further into the workings of my inner psyche, I should tell you about medical student syndrome.  A condition that frequently afflicts individuals such as myself, who, try as though they might to deny it, actually are going to be physicians someday, it presents as a form of hypochondriasis in which the student in question becomes convinced that he is experiencing the symptoms of the disease he is studying.

We are studying psychology right now.  And yes, I am pretty sure that aliens are speaking to me.  Controlling my mind.

They may even, in fact, be fraternizing with the zucchini.  I wouldn’t put it past them.  Sneaky bastards.) 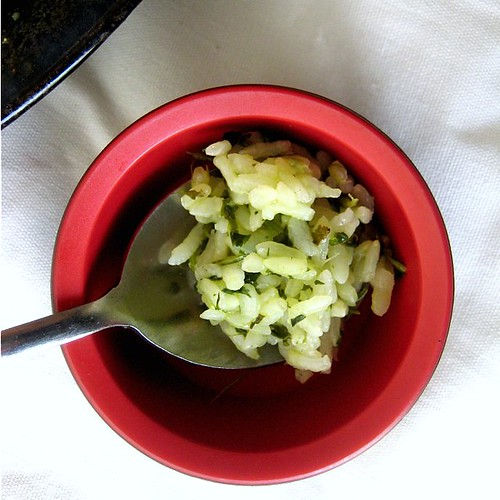 Anyway.  The alien life form at the farmer’s market looked quite different from those I normally encounter in that it was little and green and had an uncanny resemblance to the squeeze toy aliens from Toy Story.  Except that rather than being squishy and adorable, it was hard and, with it’s antenna-like protuberances, most certainly not huggable.

It went by the name of kohlrabi.  (Worst disguise ever.) 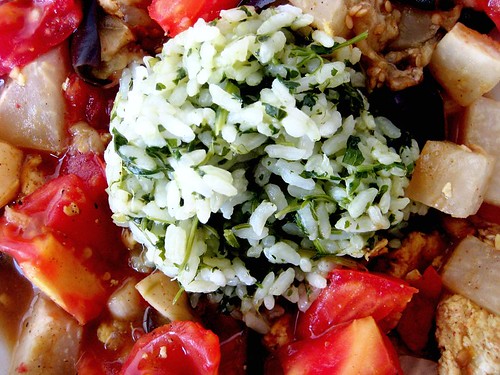 And before I knew it, it had entered my subconscious, coerced me into putting it into my little eco-friendly reusable bag and just about pushed me towards the check-out line.  There was no time to argue or even defend myself.

When I finally came out of the trance that it had put me in, I was shocked and appalled to see it on my kitchen table.  I mean.  What was I supposed to do with it?

When in doubt, make curry.  Words to live by.

Or maybe that’s just the aliens talking.  Either way, this was a very tasty and well-balanced meal.  The spice from the curry was subdued slightly by the coconut milk and the starchiness of the kohlrabi.  And the fresh bright flavor of the cilantro-infused rice complimented everything very nicely. 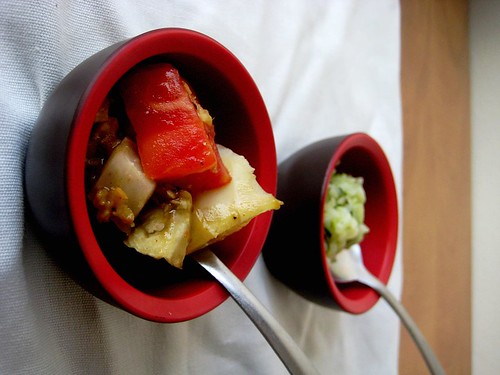 1. Preheat the oven to 400.  Place the eggplant and kohlrabi cubes onto a greased baking sheet.  Sprinkle with salt and cooking spray.  Cook for 45 minutes or until kohlrabi is soft.  Alternatively, next time I would boil the kohlrabi.  I think it would cook faster and more evenly.

2. Stir shredded coconut in a small nonstick skillet over medium heat for five minutes or until lightly golden.  Transfer to a bowl.

3. Bring 1 3/4 cups water and 1 tsp salt to a boil in a heavy medium saucepan.  Stir in the rice and bring back to a boil.  Cover and simmer, lowering the heat, until water is absorbed and rice is tender, about 18 minutes.

4. Puree cilantro, 1/2 cup coconut milk, 1 tsp ginger, lime juice, and half of garlic in a blender or food processor. Mix into rice.  Set aside.

I am submitting this to Two For Tuesdays and also to this week’s Weekend Herb Blogging due to its extensive use of cilantro, which is being hosted by the lovely and wonderful Janet of Tastespace! 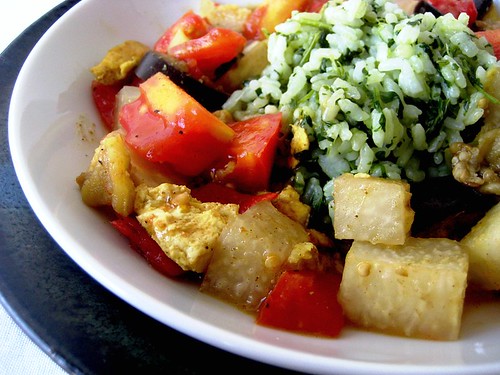