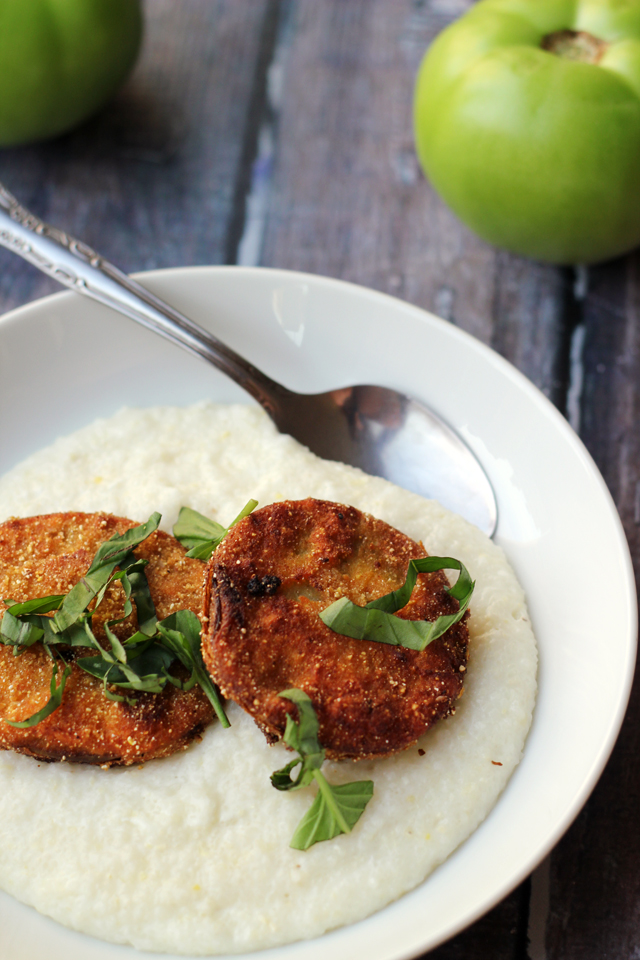 Whoever said you can’t teach an old dog new tricks. 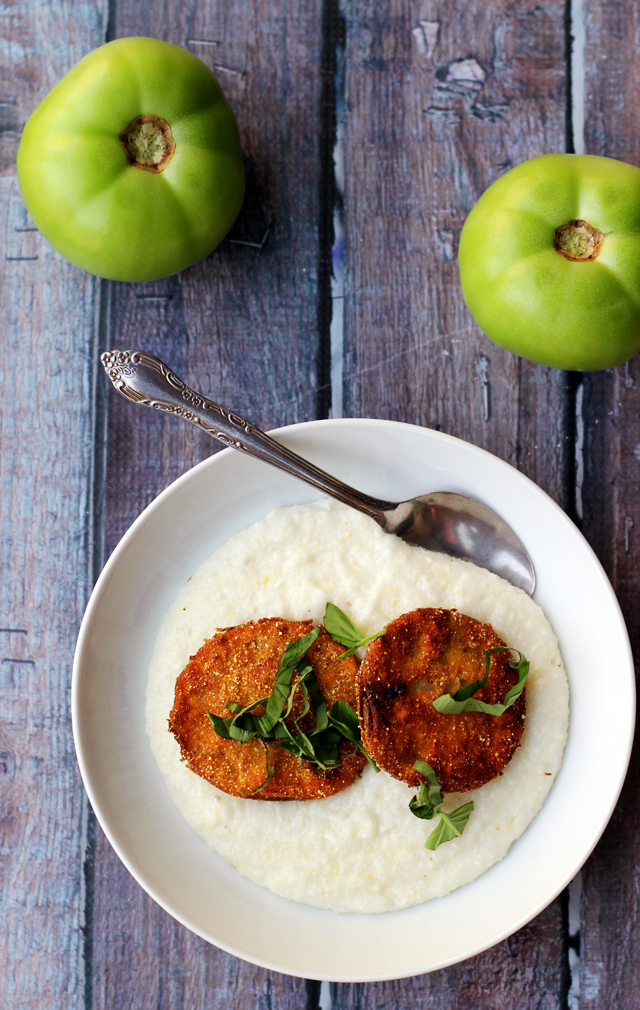 Or…an old(er) food blogger how to heat oil to unimaginable temperatures and then stick stuff into it at the risk of losing her limbs all to make it more delicious.

Hi, my name is Joanne and I have a fear of frying.

And flying. But that’s another support group for another day. 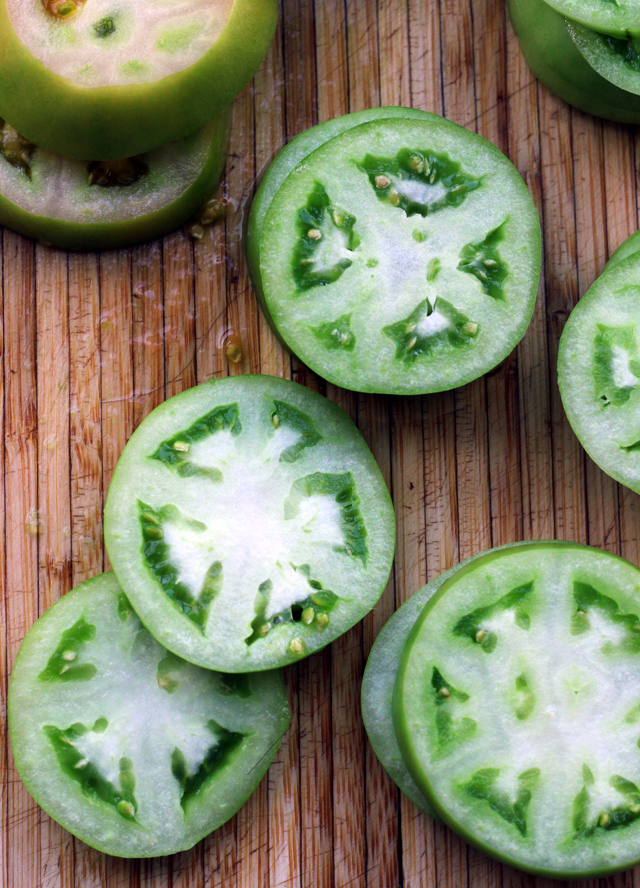 But when life hands you green tomatoes (and by that I mean, when you impulse buy them at the farmer’s market because CUTE), what else can you do but fry them?

(Other than pickle them, saute them, pie them…)

Frying is a life skill I’ve largely appreciated not having because the less capable I am of doing it, the less fried food I’ll consume. And I’ll get to keep all my epidermal layers while I (don’t) do it. WIN/WIN!

But after eating my first fried green tomatoes in Charleston last year, I knew I wouldn’t be able to live myself if I didn’t try to make them myself at least once. 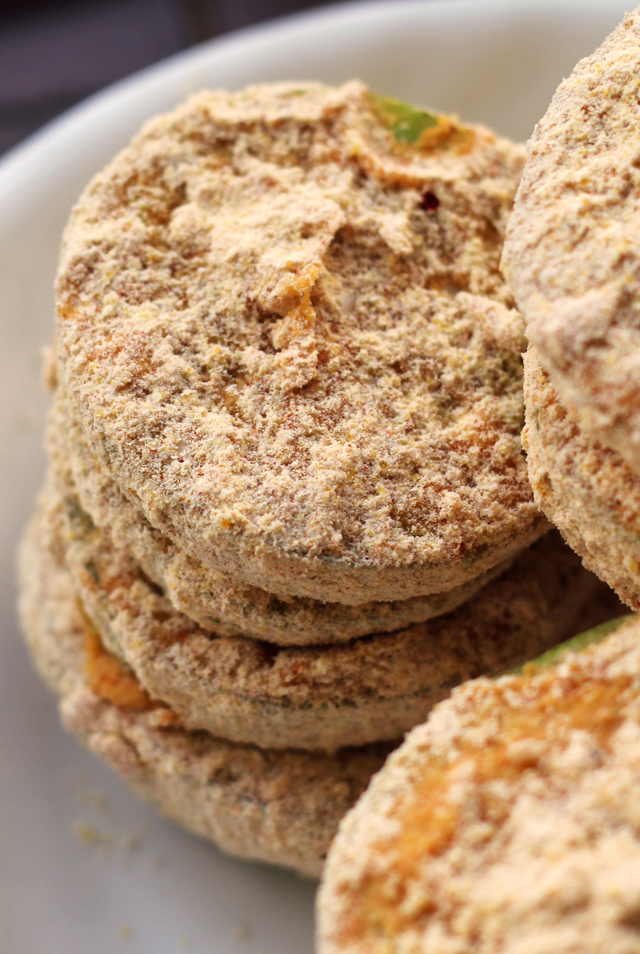 And of course, because I was feeling all sorts of overly ambitious, I decided to teach myself how to make fried green tomatoes and grits all in the same day.

Go big or go home. I feel like my southern relatives would approve.

It doesn’t hurt that the fried green tomatoes came together in a painlessly easy way, and were perfectly crispy smoky on the outside and warm and tart on the inside, while the grits were like liquid cream. In the interest of full disclosure, I should note that the.boy was not that into them but he claims to not like cooked tomatoes, so I’m fairly certain his opinion should be disregarded. 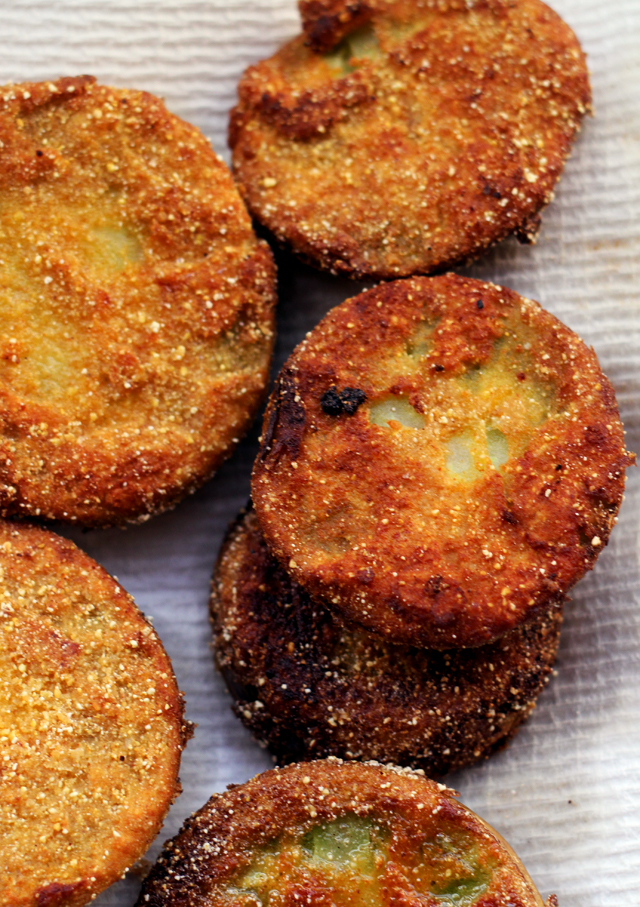 For more summer-worthy meals, check out these: 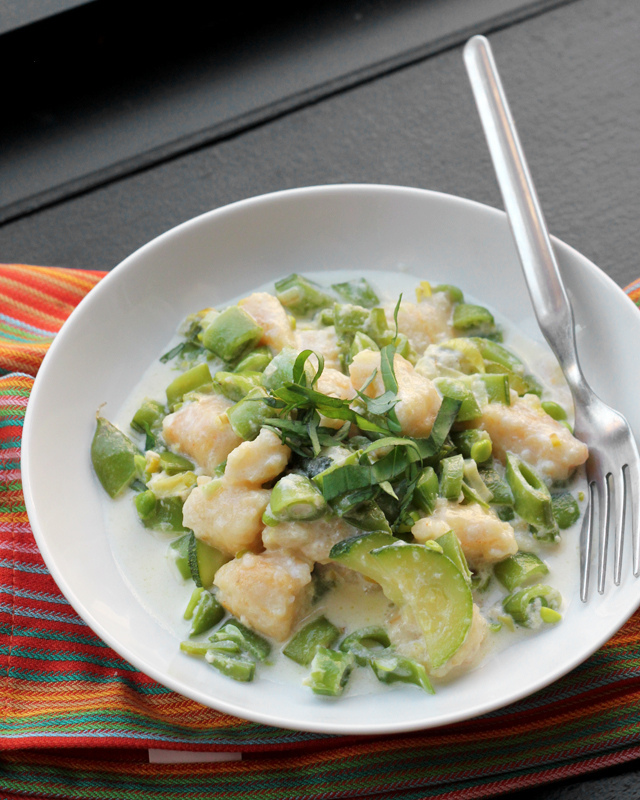 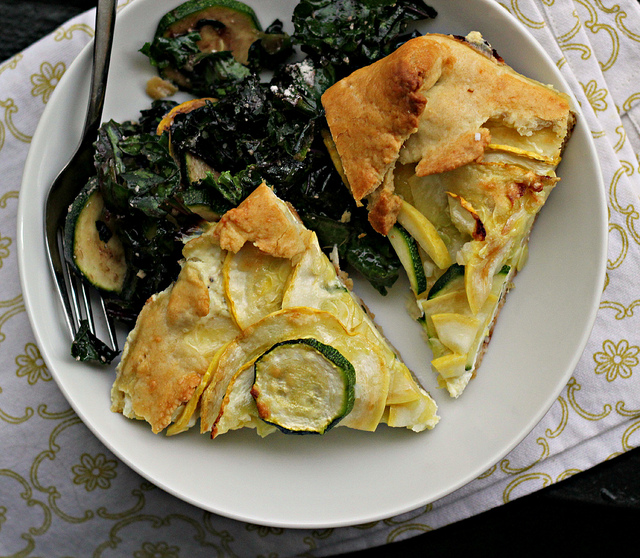 Spiralized Greek Cucumber Salad with Lemon and Feta from Skinnytaste

Creamy Summer Corn and Potato Chowder from The Wicked Noodle 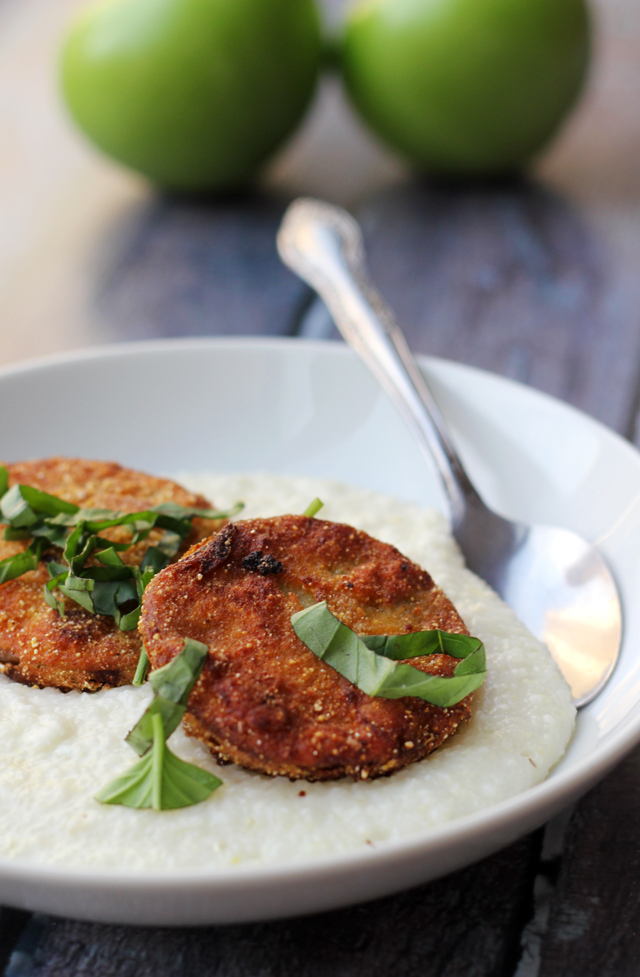