Step over eggplant parm, there’s a new eggplant dish on the block! Almost like a lasagna that uses eggplant rounds instead of noodles, this cheesy baked dish is the ultimate comfort food. 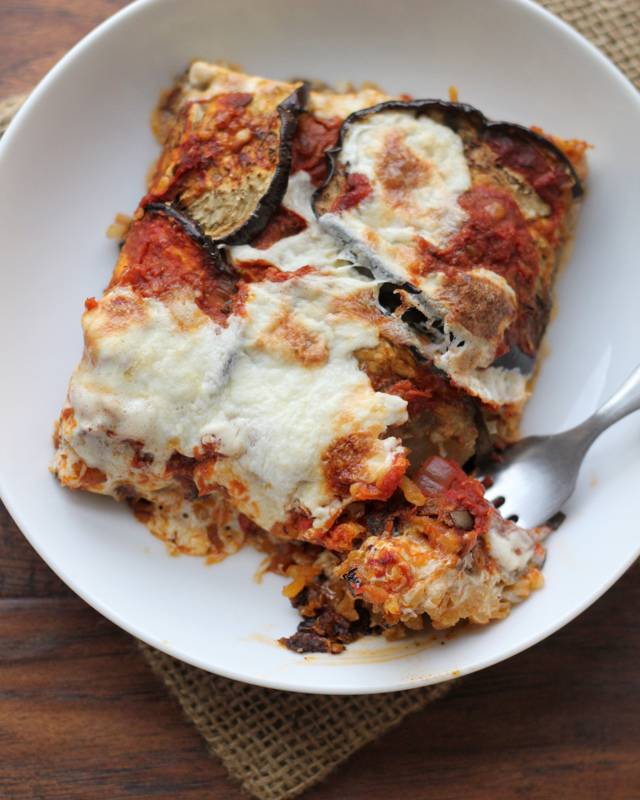 Sometimes I force the.boy to eat things he doesn’t think he likes.

And sometimes he abandons me when I have the cold to end all colds so that he can go to his third fantasy football draft of the season. 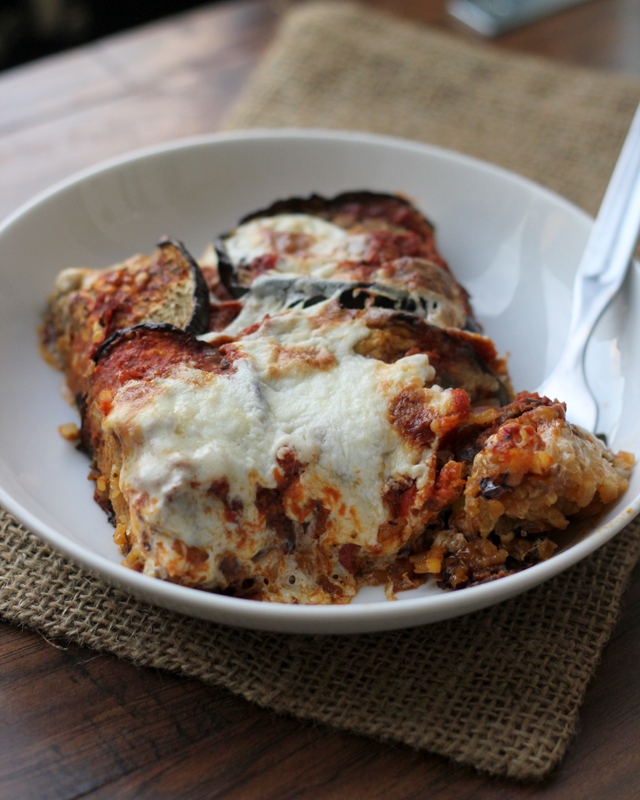 So yes, while I was laying in bed last night with a tissue (okay, sheet of toilet paper since someone thinks it’s better for nose-blowing than, say, Kleenex. I believe his exact words were, “I like them because you can make them really long”. Seriously. Who am I dating.) permanently inserted into my nose.

He was drinking beer, eating any number of things that I wouldn’t approve of and generally living it up with his dad and uncles in Staten Island.

It just doesn’t seem fair, does it?

Well, it isn’t, until you consider the fact that I had this cheesy delicious casserole in the fridge. With layers of roasted melt-in-your-mouth eggplant, a whole pound of mozzarella, and some arborio rice smack dab in the middle to add some carby comfort to what was already fairly indulgent (but also somehow still not that bad for you. #winning)

For someone who “doesn’t like rice” and makes a face every time I tell him we’re eating eggplant for dinner…he gobbled up his share pretty quickly this weekend. But then left me home alone with the leftovers in my time of need.

I may or may not have saved him any. (Probably not.) 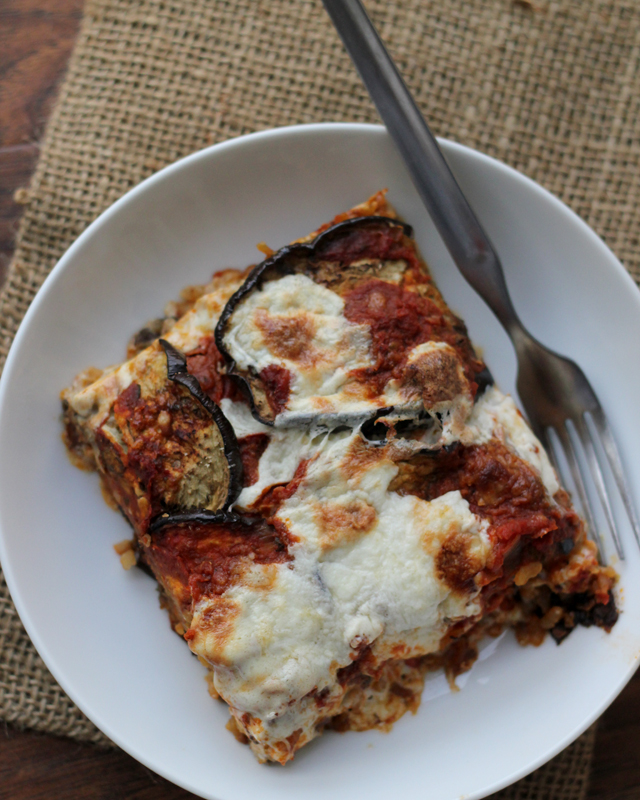 Print
Step over eggplant parm, there's a new eggplant dish on the block! Almost like a lasagna that uses eggplant rounds instead of noodles, this baked dish is the ultimate comfort food.
Yield: 6 servings
Ingredients
Instructions
Notes
Adapted from Bon Appetit 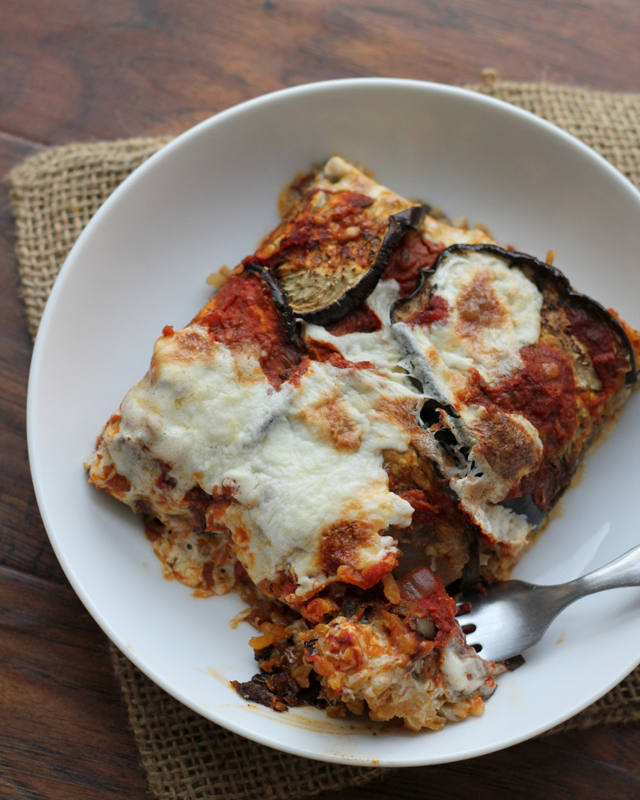