Arguably one of the best baked mac and cheese recipes out there, Martha Stewart’s baked macaroni and cheese uses classic cheddar and gruyere to make a velvety sauce and is topped with delicious buttery croutons.

There is nothing that screams love more than a big homemade bowl of carbs and melted cheese.

Mac and cheese is what I made on my first Valentine’s Day date with with the husband, and every year since! And I think it’s worked out?? I mean, we’re still married (happily), so…… 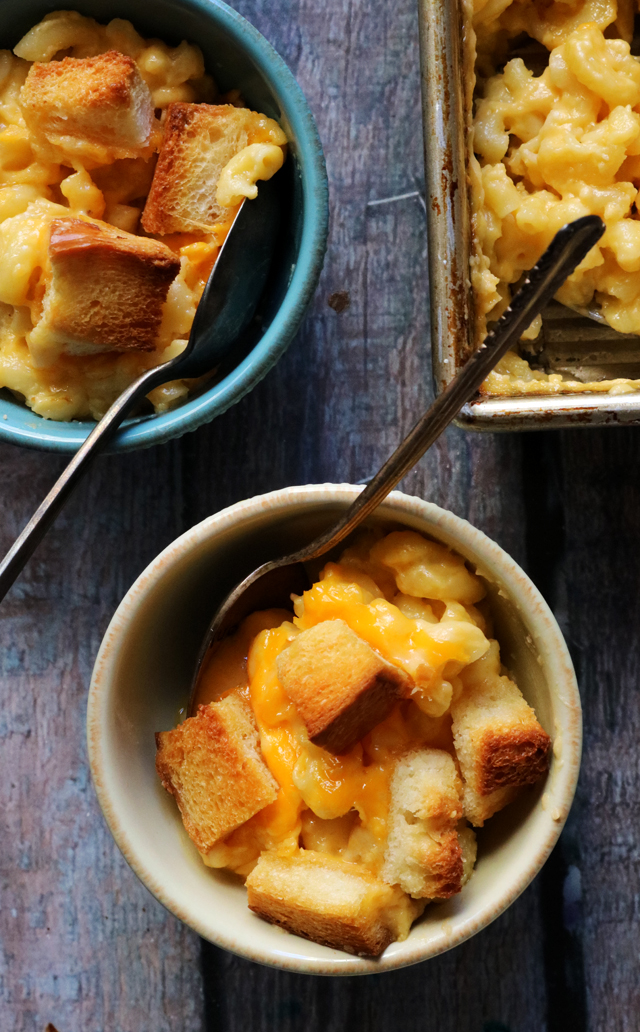 It’s been a different version of mac and cheese every year. The first time was definitely something with the word “best” or “ultimate” in it’s title, and probably from either Bon Appetit or Gourmet or Saveur or Food & Wine.

He was like…thanks, but where’s the artificial orange powder box stuff? 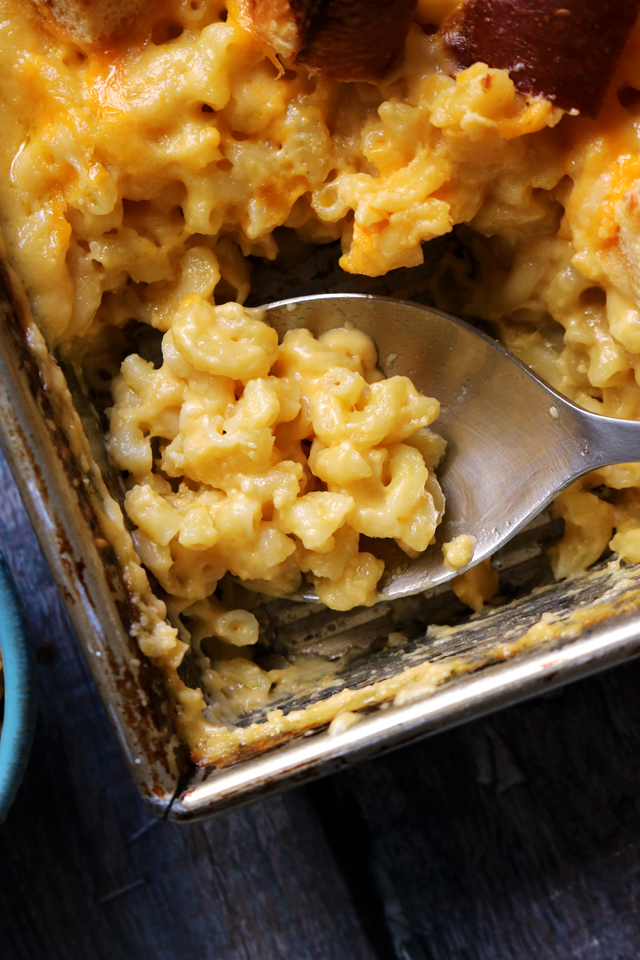 Then a few months ago, Remy came home from school and requested mac and cheese. She talked about it for the whole 6 block walk home and then at 3AM the following the night, which in 2 year old time is basically an eternity. It’s rare that she makes any dinner requests that don’t involve cookies or dried mango, so obviously I had to accommodate. Also, ANY EXCUSE TO MAKE MAC AND CHEESE, please and thank you, I’ll take it.

I’ve had Martha’s version of baked mac and cheese bookmarked for moonnnthhs now. It was labeled as a Genius Recipe by Food52, so it was the first place I turned.

The base is just your classic mac and cheese with cheddar and gruyere making up the cheese sauce, but what really takes this above and beyond are the buttered croutons on top. They have that buttery toasty flavor that bread takes on in a really good grilled cheese sandwich and it is magic. Next time I would probably add some finely chopped broccoli florets or peas just to sneak a veggie in there, but otherwise I wouldn’t change a thing! 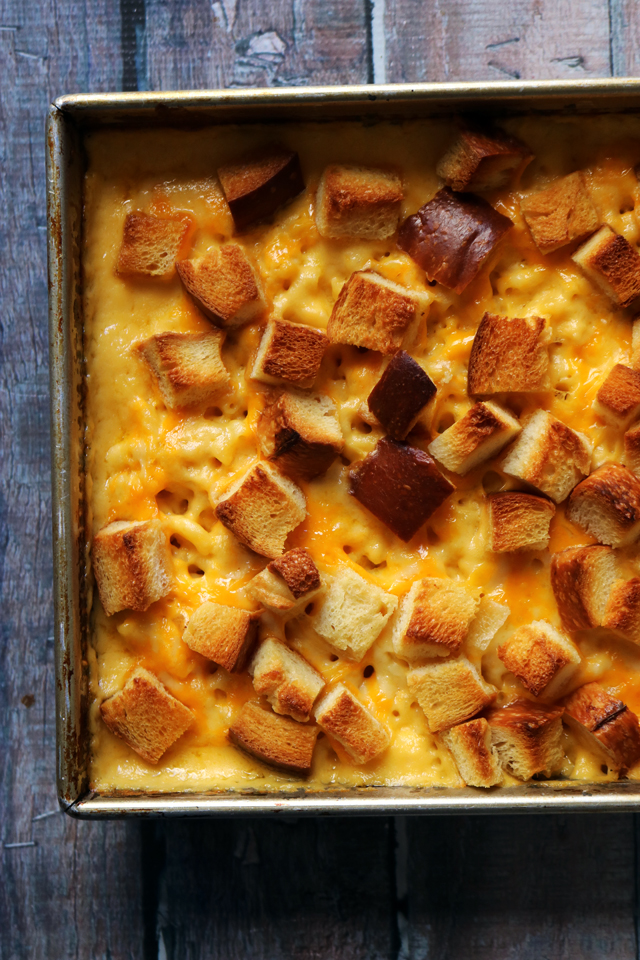 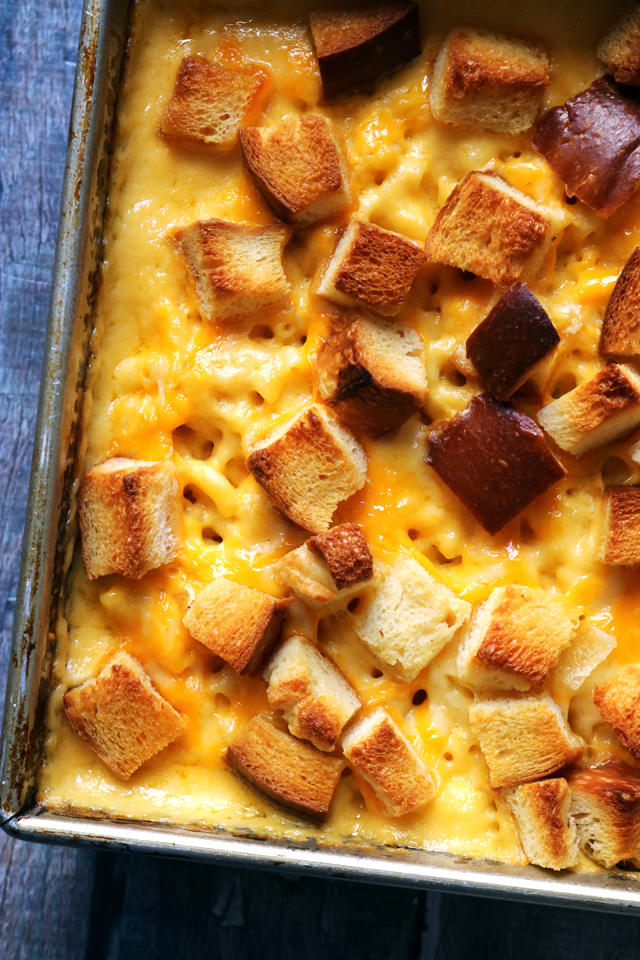 Print
Arguably one of the best baked mac and cheese recipes out there, Martha Stewart's baked macaroni and cheese uses classic cheddar and gruyere to make a velvety sauce and is topped with delicious buttery croutons.
Yield: 8 servings
Ingredients
Instructions
Notes
Recipe from The Martha Stewart Living Cookbook via Food52
3.5.3208