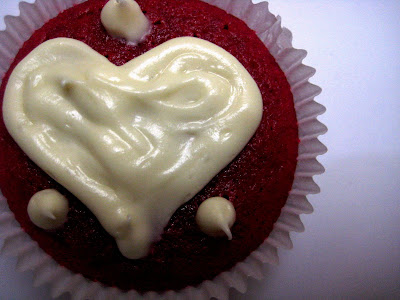 I even broke out the multi-colored highlighters (that’s how you know I mean business).

And the conclusion that I come to is always the same.

Matters of the heart. Are. Complicated. 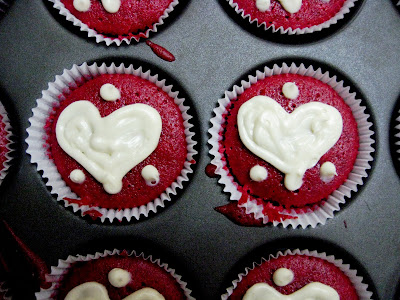 My physiology textbook would have you think otherwise. It says. Quite succinctly. The heart is a pump whose function is to distribute blood and air throughout the body.

Yet simple. Comprehensible. As. It. Should. Be.

But then when you think you finally have a grip on the whole thing? (Left atrium to left ventricle to body to right atrium to right ventricle to lungs. And then you’ve come full circle. Could anything be more satisfying?)

They start throwing terms at you. Hazy mysterious things. That seem to have no concrete meaning. (At least to you. They might mean something to a cardiologist. Or to that guy on the operating table who’s have the quadruple bypass. He probably thinks they’re pretty important.)

(Now these. These sound kind of romantic. In a very HBO late night kind of way. But maybe that’s just because I have little to no idea what they actually mean.) 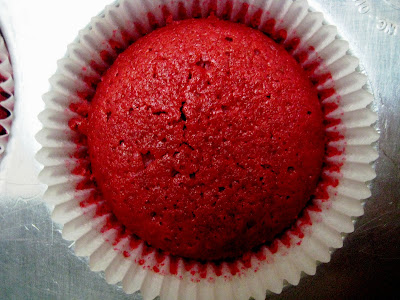 And yet. They don’t even begin to scrape the surface.

Which begs the question.

What about love? Where does love fit into all of this? 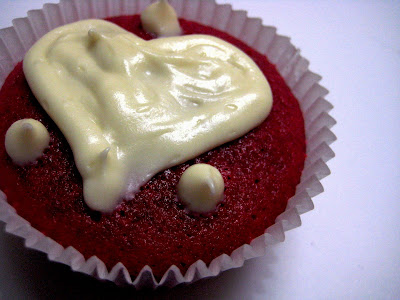 Is it hidden somewhere between diastole and systole? Encoded in the firing pattern that tells the SA node to either speed up or slow down its propagation of action potentials from right to left atria?

And then. Even more complex. What about unrequited love? Love that wants to be. Could be. But isn’t.

Is that somewhere in the misfires? An arrhythmia of some kind? Is that why it hurts so much – because it is a precursor to congestive heart failure. Cardiac arrest.

Take off the leads. Game. Over. 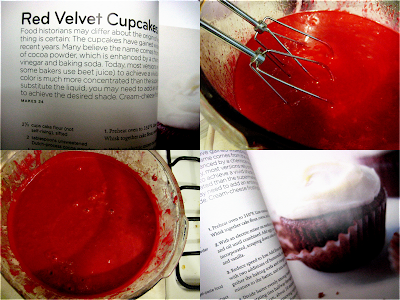 So many questions. So few answers. Except for one.

The heart is simplest. Easiest to understand. When it is sitting atop a red velvet cupcake. In the form of cream cheese frosting.

And if that isn’t love (easy, carefree, requited love) then I don’t know what is. 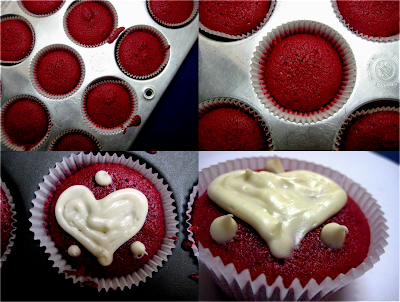 2. In a bowl, mix together the cake flour, cocoa powder and salt.

3. In a separate bowl, beat the oil and sugar together with an electric mixer until well-combined. Add in the eggs one at a time. Beat in the vanilla and food coloring.

4. Add the flour mixture to the liquids in three batches, interspersing each flour batch with 1/2 cup of the buttermilk. Mix until just combined.

5. In a separate, small bowl, whisk together the baking soda and vinegar (they will foam). Mix this into the batter until just combined.

6. Pour into cupcake liners and bake for about 20 minutes or until a toothpick inserted comes out clean.

8. For the frosting – let cream cheese come to room temperature. Beat with butter and vanilla until smooth. Add in the confectioner’s sugar to taste (I like mine tarter than most people). Ice the cupcakes however you so desire. I chose to make hearts but smothering frosting all over the top in a to-hell-with-it kind of way is highly recommended.

This is my entry for this month’s Have the Cake!