A hearty and healthy Mediterranean stew filled with eggplant, tomatoes, spinach, orzo, and a sprinkling of feta on top.

So I’m beginning to think this boyfriend of mine is a bad influence.

This weekend he pretty much forced me to watch the new Miley Cyrus video. And the uncensored Robin Thicke video. 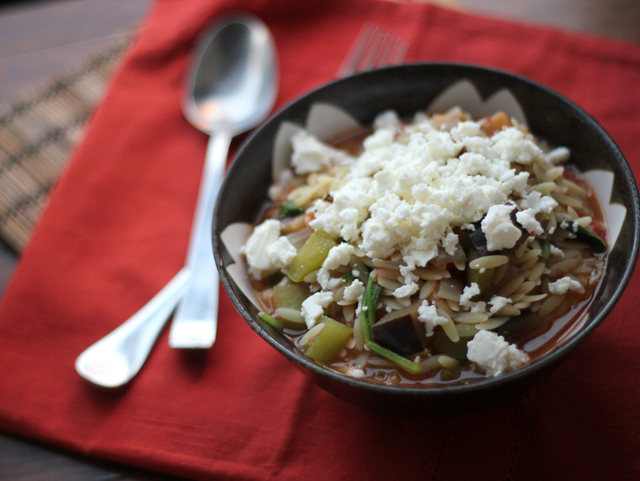 He may or may not be trying to tell me something.

But to be honest, all I got out of the experience was a strong desire to give Miley a tetanus shot. It’s the (future) doctor in me.

For real though, all that naked gyrating on/licking of metal surfaces cannot be good for keeping Clostridium out of your bloodstream. Just saying. 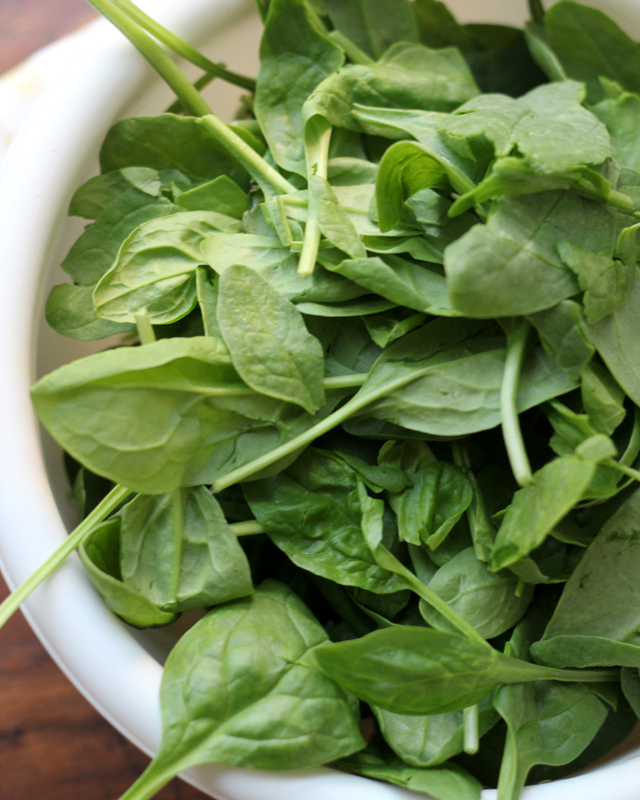 If you haven’t seen the videos, consider yourself in the lucky minority, because I’m not sure my eyes or my short-term memory will ever recover. (Though it is good to know that after all these years, I still have some doctoral instincts coursing through my veins.)

And if you have. I feel your pain. 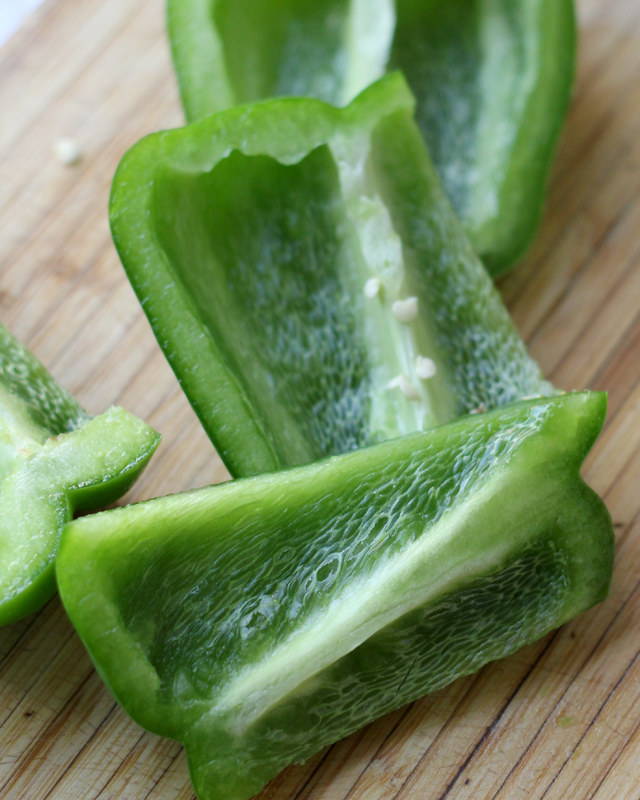 Because this meal, filled with eggplant, tomatoes, spinach, and all the Mediterranean flavors your heart can desire, is possibly just wholesome enough to make you forget about all the unsavory things in this world.  (Pun very much intended).

And, at the very least, will transport you back to a time where music videos were actually about music and you could get dinner on the table in under thirty minutes and have it actually be good for you. 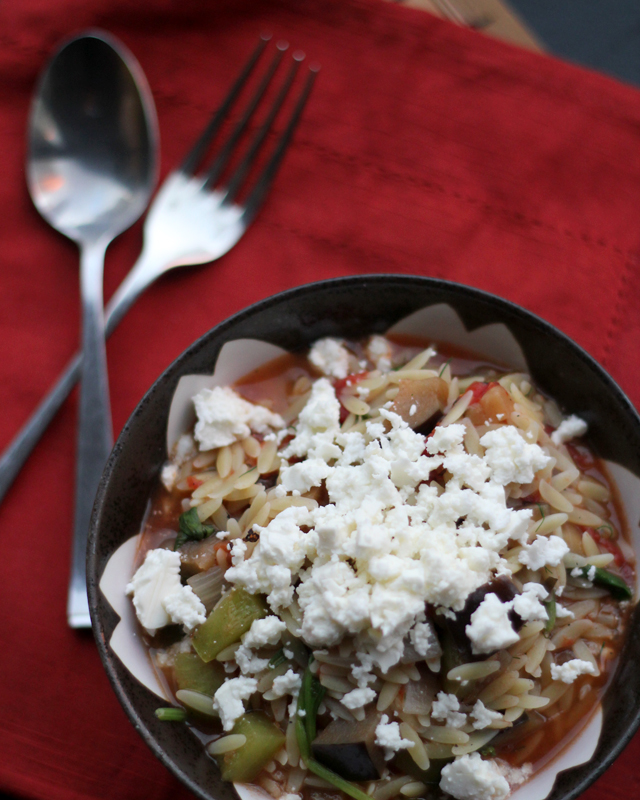 Eggplant Mykonos with Orzo and Feta 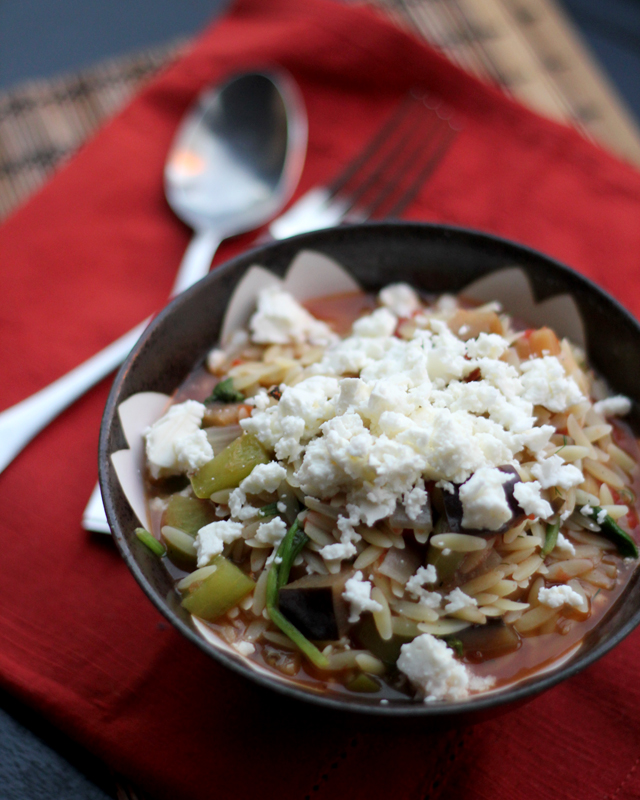