Whether you call them a pop tart or a hand pie, these are an irresistible snack full of apple cinnamon and brown sugar fall flavors. 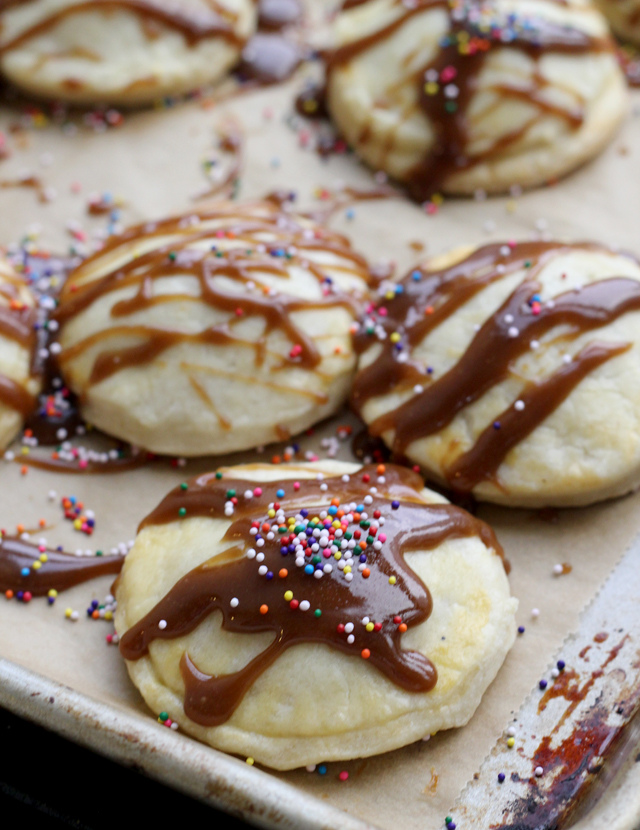 I missed out on the part of childhood that involved eating artificial fruit covered in artificial pie crust and an artificially colored glaze for breakfast.

The Pop Tart was persona non grata in our household, along with Fruity Pebbles, Cocoa Pebbles, and Cookie Crisp. Although Fruit Loops and Golden Grahams and Cinnamon Toast Crunch were, strangely, totally acceptable.

I will never understand parenting. 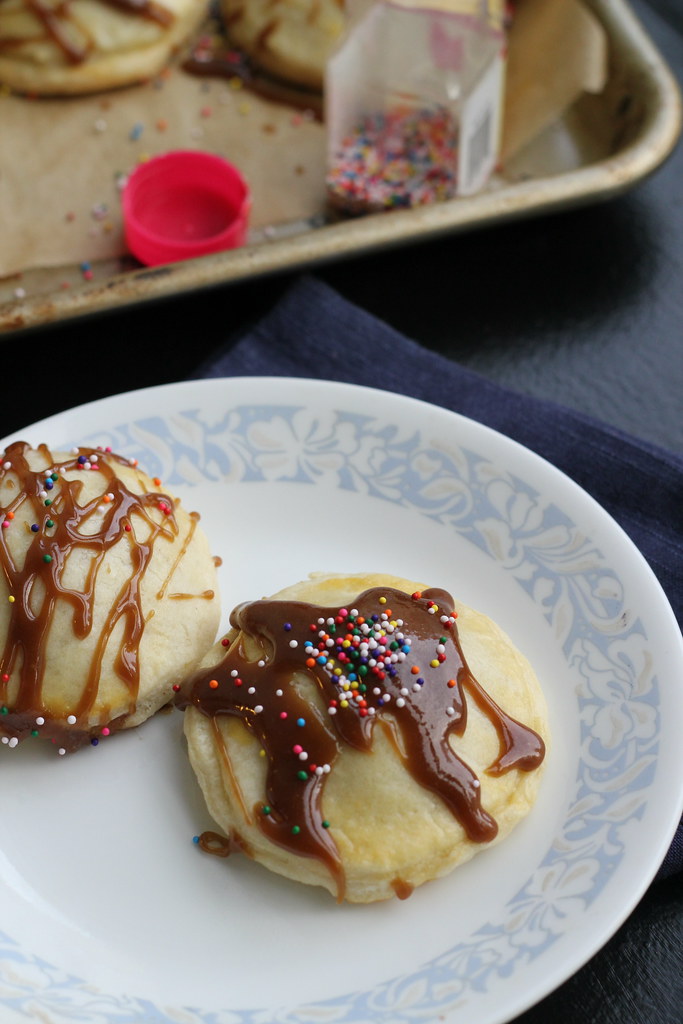 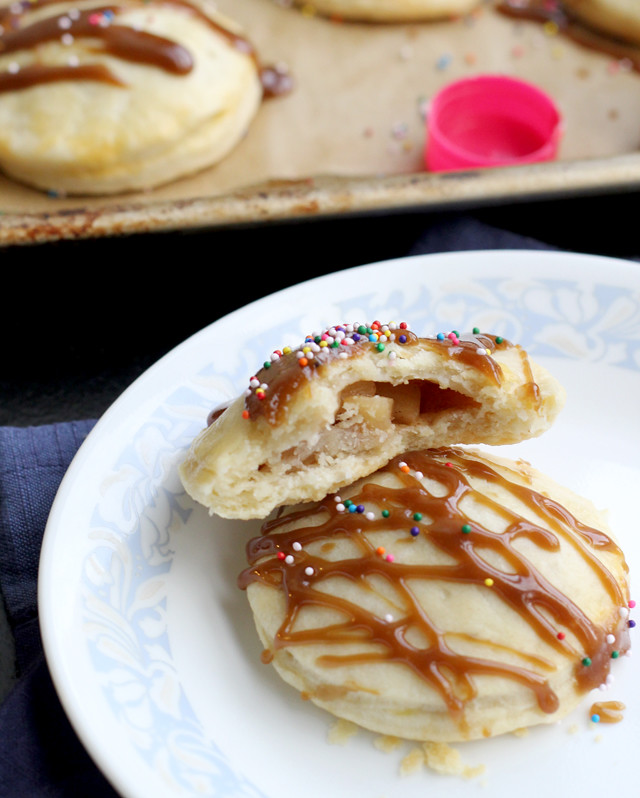 In case this was unclear to anyone besides me, pop tarts are actually hand pies. In breakfast-appropriate clothing.

Who knew? (Well, obviously, those of you who were allowed to eat them. Doh.) 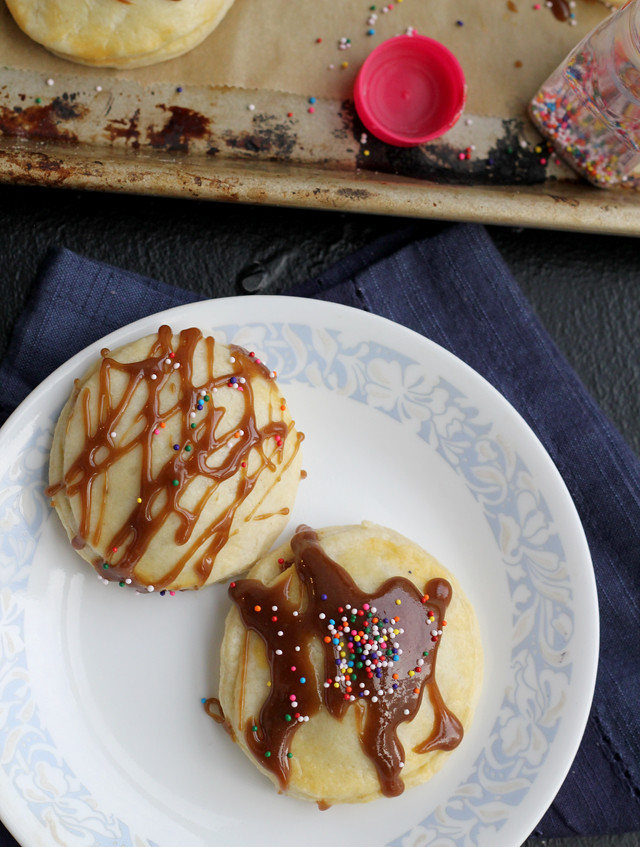 And pie for breakfast? That’s totally the kind of thing I can get behind.

Also, eating brown sugar glaze straight from the pan and getting rainbow sprinkles in every crevice of your life. I support you. 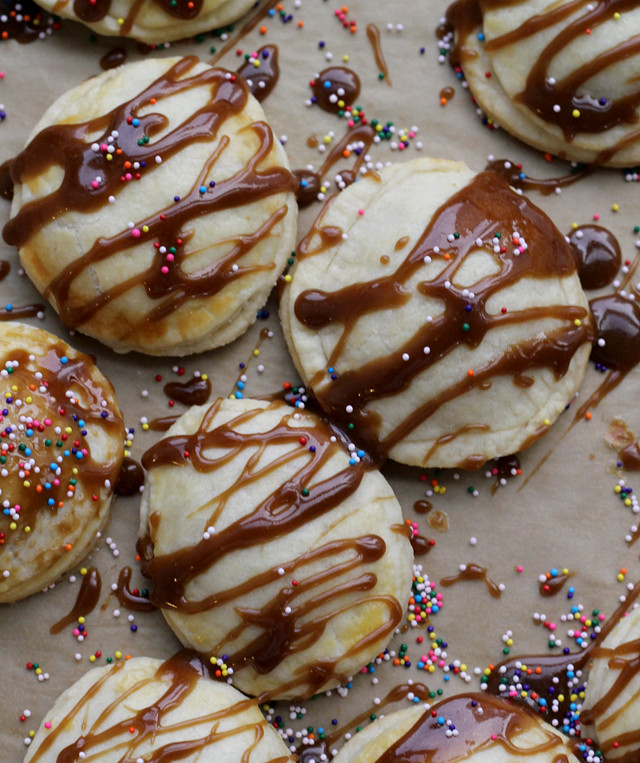 These are filled with so much caramel cinnamon apple brown sugar. Like, real apples. Bet your pop tart can’t do that.

I tried to get the.boy to affirm my belief that they were just like the apple cinnamon pop tarts but BETTER. But he just said they tasted more like toaster strudel.

Meh. What does he know. It’s not like he ate them for breakfast every day of his childhood or anything like that.

All I know is…don’t waste your weekend by not making these. K, thanks. 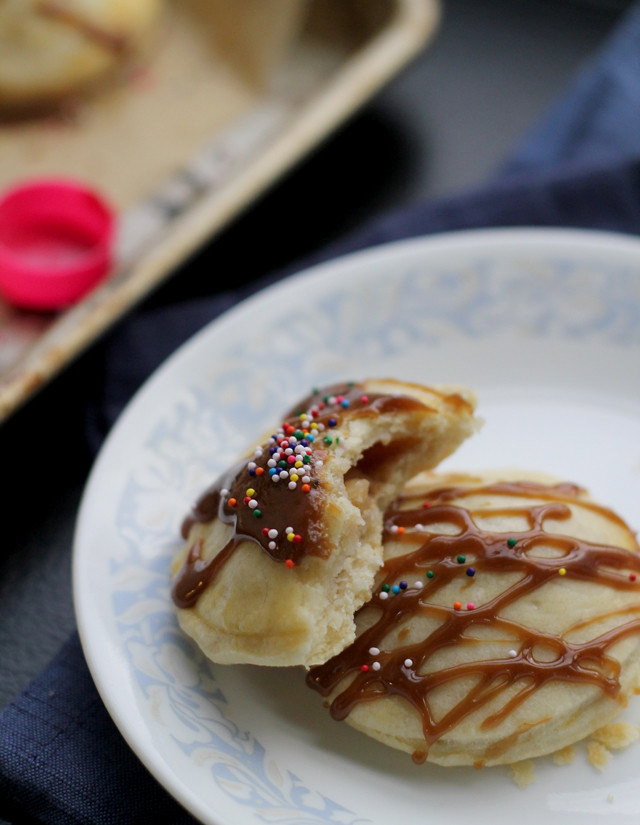 Print
Whether you call them a pop tart or a hand pie, these are an irresistible snack full of apple cinnamon and brown sugar fall flavors.
Yield: 18 pop tarts
Ingredients
For the crust
For the filling
For the glaze:
Instructions
Notes
Adapted from Cinnamon Spice and Everything Nice
Nutrition Information
Serving size: 1 pop tart
3.5.3208 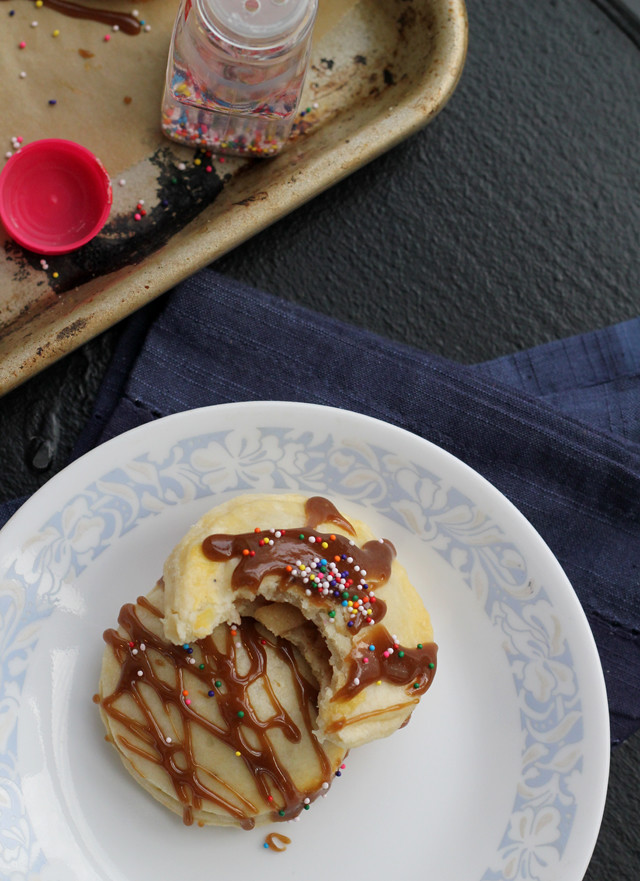