All the flavors of the classic eggplant parm, wrapped up into one veggie burger and served atop the best burger bun in town.

So, about that time I spent exactly five minutes in Atlanta, screaming, kicking, and running through the airport like a girl unhinged.

Oh, I didn’t tell you about that? 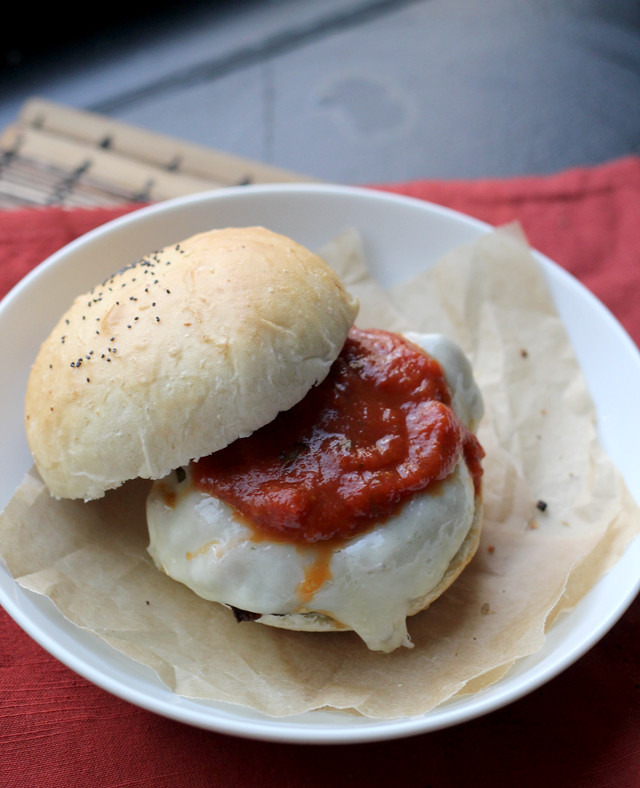 That’s perhaps because it occurred this weekend as I was en route to Charleston by way of Newark and with a pit stop in ATL.

A pit stop, in fact, that was supposed to last one and a half hours, but because a subset of people who work at Delta can’t seem to get their acts together, ended up being exactly five minutes, and thus will henceforth be known as That Time That Delta Tried to Ruin My Life (And My Cousin’s Wedding Weekend).

It all started in one of the most unpalatable places in New Jersey, otherwise known as Newark International Airport, otherwise otherwise known as the place where punctuality and timeliness and the hope of making your transfer flight go to die. Our flight was delayed by about 30 minutes from the outset for no true explicable reason other than that Newark couldn’t get the plane we were supposed to take into its landing sequence in any kind of reasonable time frame. Airlines usually overestimate the time it will take to fly from one place to another for precisely this reason so, fine, we would still make it with a little over an hour to spare.

We finally board the plane, are starting to pull away from the gate, when, due to a MISCOMMUNICATION between the pilot and the pushback tug (the guy driving the little car that helps pull the plane away from the gate) there is a thud. A big thud. A thud that requires us to pull back into the gate and wait for two inspection crews to come check out the aircraft. Not only does the fact that the pilot cannot seem to communicate with the pushback tug-ger give you little to no hope that he will be able to effectively communicate with air traffic control…but now you have added a half hour to your late-ness. And are currently in the midst of a state of panic.

Eventually, we are cleared to pull away from the gate, but then the powers that be in Newark have to find a way to fit us into the-already-a-mess takeoff lineup. That’s another half hour.

And before we knew it, we were in the air with an expected time of arrival that coincided exactly with the time our transfer flight was supposed to be lifting off. If I thought I was in a state of panic before…I was wrong. This was the state of panic. Full force. 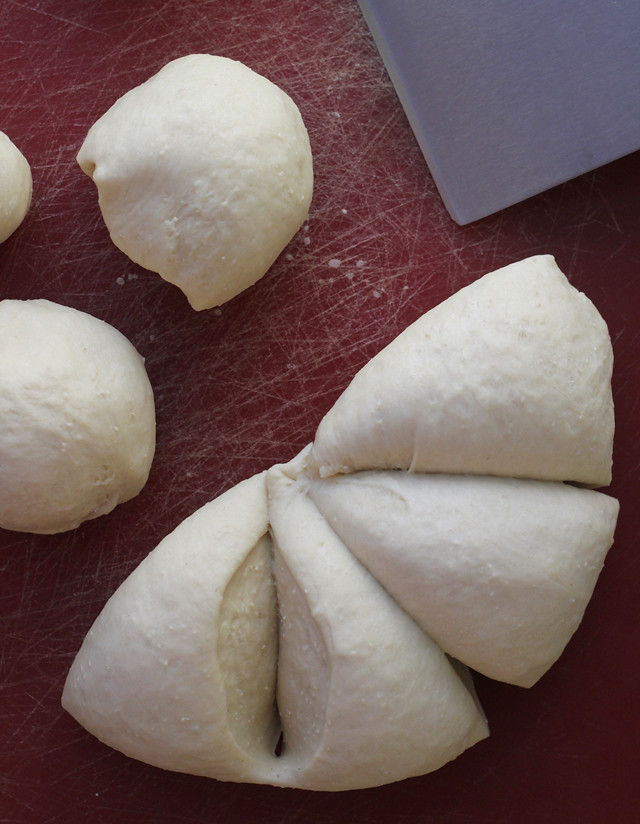 So we land in Atlanta, immediately pull out our smartphones and see that, lo and behold, our second flight has been delayed by fifteen minutes!! Meaning we have exactly fifteen minutes to deboard the plane and get to our second gate. There is hope!

The.Boy decides to take one for the team and shove his way to the front of the plane so that he can run ahead and try to get the gate attendant to hold our flight for a few minutes if need be.

So my sister and I, carry-ons in tow, exit the first aircraft only to discover that our second flight is in ANOTHER TERMINAL in the Atlanta airport.

All of a sudden, there is little to no hope. But we both look at each other, understanding what we are thinking in the way the only sisters can. Take a deep breath.

Never have I ever been so glad to be at the peak of marathon training fitness in my entire life. Because sprinting up and down an elevator while holding luggage? Not easy. Not easy at all.

Running a 5-minute-mile pace while holding luggage and trying to dodge ALL THE PEOPLE. Even harder. 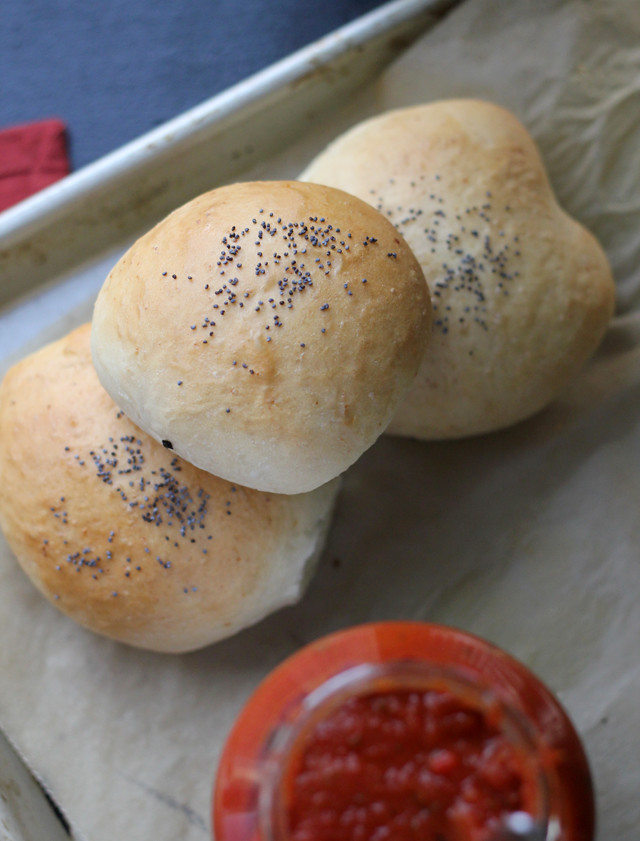 Long story short, the gate attendant at the second flight pretty much ignored all of The.Boy’s pleas (/screams/threats) to hold the flight.

But we made it nonetheless. With a whopping thirty seconds to spare.

And take that Delta. I will NEVER be flying with you again. 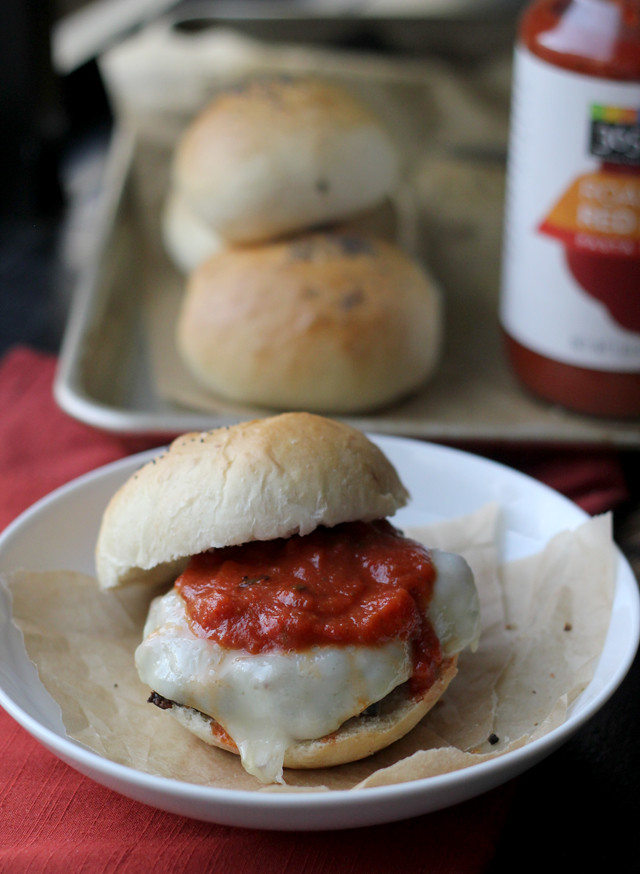 There is really no good segue for heading into these burgers, other than the oh so cliche – comfort food! We deserved it.

But, you should know that these are kind of the best veggie burgers I’ve ever made. Two eggplant-haters ate them and wanted seconds.

And the buns? I will never buy another storebought burger bun ever again in my entire life. I solemnly swear. Because these are the pinnacle of bun perfection.

Another thing to note is that I made these on a T-fal OptiGrill that I was sent to review! Basically, it is an indoor grill with precision grilling technology that can sense the quantity, temperature, and thickness of whatever you’re cooking so that it can cook it perfectly every time. It’s perfect for grilling inside during the colder months and also for grilling wetter/looser items (like veggie burgers!) that are wont to fall through the grates of an outdoor grill.

(Even though I was sent an OptiGrill for free, I was not compensated for this post in any other way AND my thoughts and opinions on it are my own.) 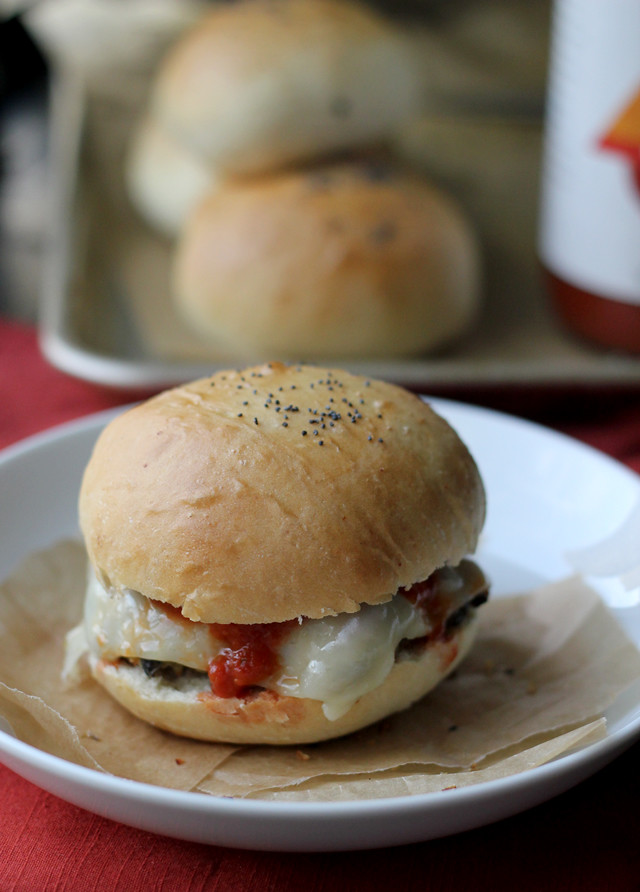 Print
All the flavors of the classic eggplant parm, wrapped up into one veggie burger.
Yield: 4 burgers
Ingredients
Instructions
Notes
Adapted from My Calabria 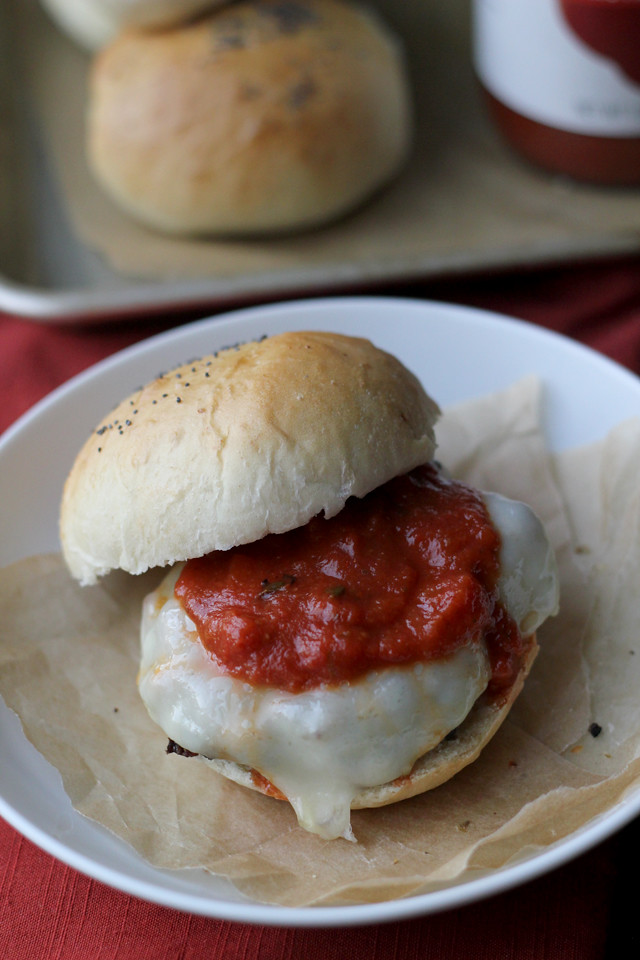