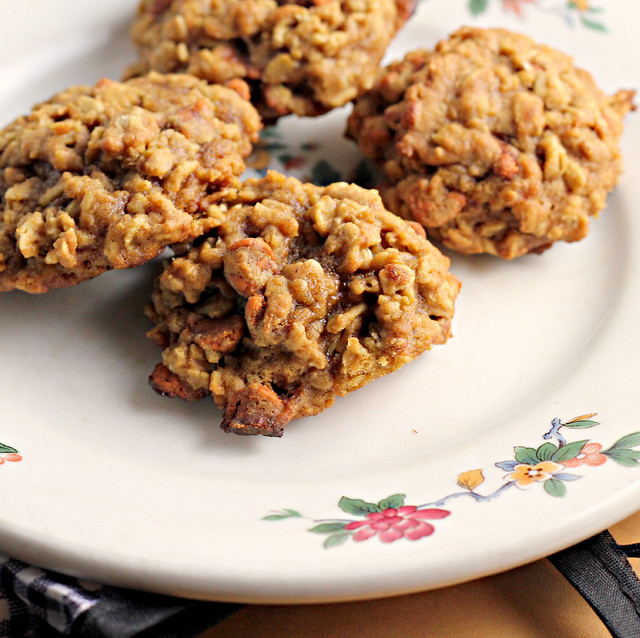 It involved propping my iPad up on a pan on top of my stove (while it was off) so that I could watch Parenthood while washing dishes.  And by “washing dishes”, I mean turning off the water so I could actually hear what was going on (faucets are loud, people!) and crying into the soap suds as Christina told her family that she has cancer.

Obviously it was a highly productive endeavor.  Not.

They eventually did get done though because my fear of waking up to a New York-sized cockroach scurrying around in my sink outweighs my dislike of just about anything. 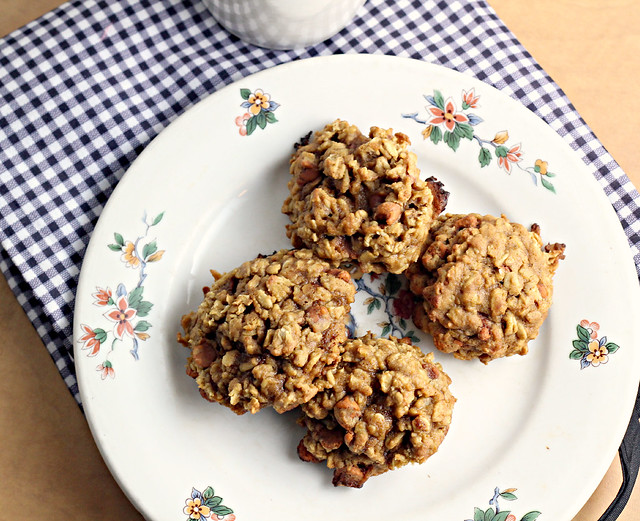 And then, because I felt rather adult-like, I decided to reward myself with a pumpkin oatmeal cinnamon chip cookie bedtime snack.  Because that’s what a adults do…bribe themselves with food.  Normal.  Totally.

The thing about these cookies, though, is that they’re so good you’ll be finding any and every excuse to stuff one into your mouth.  I mean, seriously…all of the flavors of pumpkin pie with a little bit of extra cinnamon in cinnamon chip form for good luck.  Can’t go wrong.

Plus…they have a vegetable AND oats in them.  Breakfast-worthy?  Um, as an official chore-doing adult.  I say HELLZ to the YES.

As a side note, I just want to say THANK YOU THANK YOU THANK YOU to everyone who has donated money to the Leukemia and Lymphoma Society on my behalf!  I am officially halfway done with fundraising, which is nothing short of totally amazing.  Seriously, you guys rock.  For those who don’t know, I am running the NYC Marathon on November 4th in honor of my dad who passed away from cancer last month.  I am running with Team in Training, which is the longest standing endurance athlete training program, and which has to-date raised over $1.3 billion dollars to fight cancer.  You can check out my fundraising page here to donate!  And remember, any donation, no matter how small ($5 anyone??) is greatly appreciated! 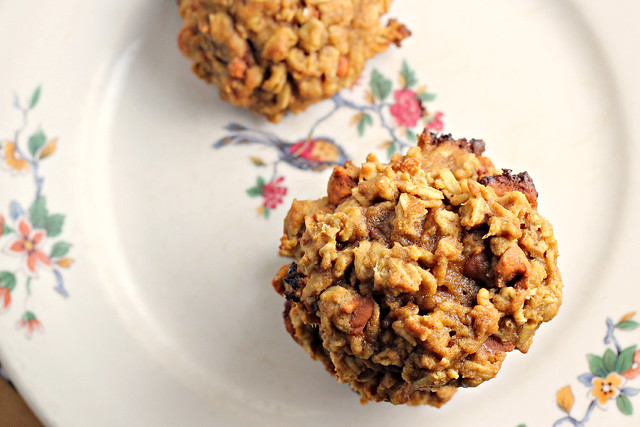 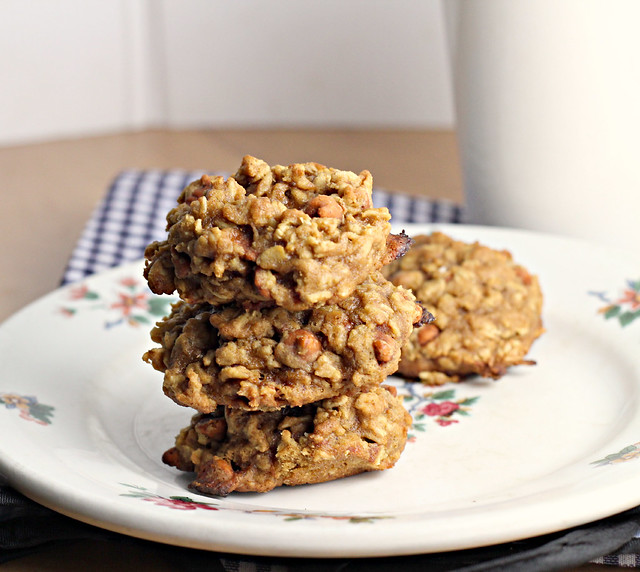