Caramelized roasted cauliflower is paired with a white bean salad and curried raisin jam in this farmer’s market inspired meal. 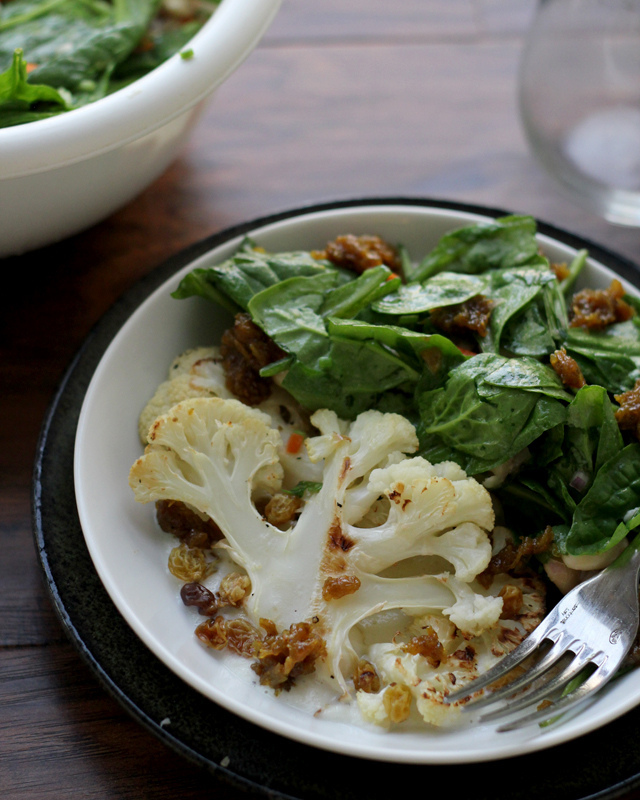 The.Boy and I have a little inside joke when it comes to chain restaurants.

Except….it’s more of an inside argument.

Which is really more of an inside Cold War.

Which is really mostly an inside screaming match.

So. We agree to disagree. (Except that I’m totally right.) 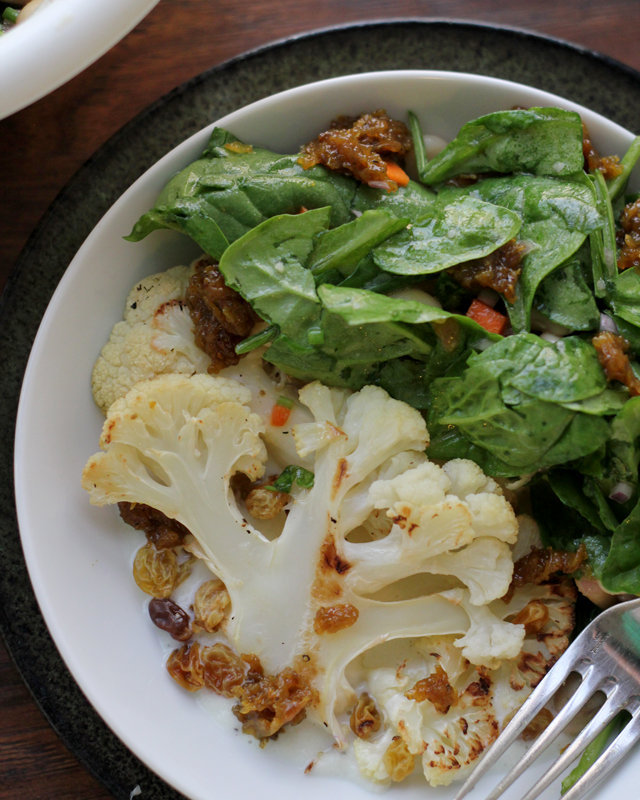 Insert random person in our lives who suggests we go to Applebee’s/Chilis/TGIF/Friendlys/The Olive Garden/Ruby Tuesdays.

The.Boy considers it for a few minutes. While I start yelling like a maniac about the depravity that must exist in this world such that a warm-blooded, reasonably intelligent individual would actually desire to frequent such an “establishment”* and spend money on the poor excuse for food that they serve. And then I throw up in my mouth a little.

It’s all quite civilized. Not.

*I use that term loosely. 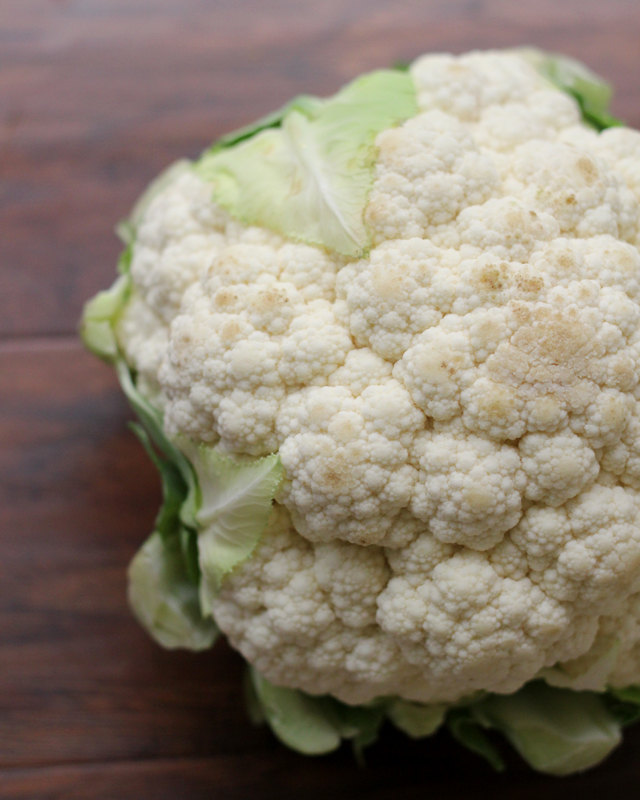 In order to produce really good food, you have to have some kind of passion and respect for it. And somehow I don’t think the random guy on the line at Applebee’s whose job is to dunk the bag of frozen potato sticks in sizzling oil has that kind of verve.

And then there are places where the enthusiasm for sourcing good quality ingredients and showing some appreciation for those who create and nurture them, is palpable.

One such place here in NYC is Gotham Bar and Grill. They did this fabulous thing this summer to pay homage to the Union Square Greenmarket and all the farmers it houses, where they highlighted one farm each week, for twelve weeks, in an all-vegetarian lunch prix fixe menu. I only wish I had known about this earlier, because I would have been there. Every week.  But there’s always next summer.

And in the meantime, there is the recipe journal that they have produced, highlighting all the fabulous meals that they made this summer with gorgeous photos to accompany each recipe. Tantalizing creations, such as Basil Olive Oil Cake with Lemon Buttercream, Fried Green Tomatoes with Bourbon Roasted Peaches and Plymouth Cheddar Grits, and Corn Agnolotti with Fava Beans, Sungold Tomatoes, and Tarragon-Corn Broth, to name a few. 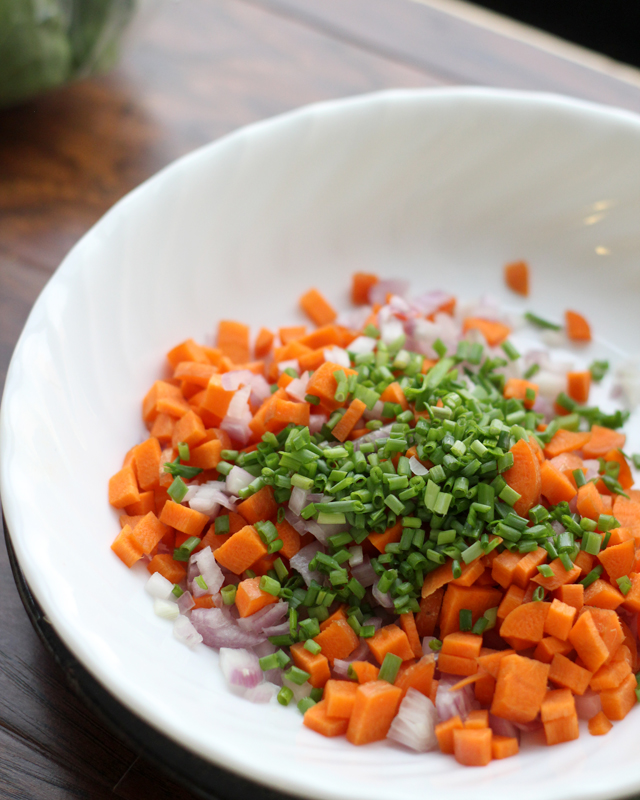 I was lucky enough to receive two copies of this recipe journal – one for myself and one to GIVE AWAY to one of you guys! Love it. To enter the GIVEAWAY to receive a copy of this cookbook all you have to do is leave a comment telling me what your favorite farmer’s market find from this summer has been, and if you haven’t been to a farmer’s market – which piece of summer produce you’ll be the saddest to see go out of season. Winner will be announced next Wednesday!

This recipe for roasted cauliflower with white beans and curried raisin jam is from the Gotham to Greenmarket Recipe Journal and all I can really say about it is wow. Wow because it got my boyfriend, who looked at it quite skeptically mind you, to eat and LIKE cauliflower. Wow because curried.raisin.jam.yes. Wow because all the components of this seem kind of weird together and yet they just work so that every bite is a mix of these crazy awesome flavors. Just. Wow.

Forget Applebees. With this book in tow, we can just eat at my place. Kthanks. 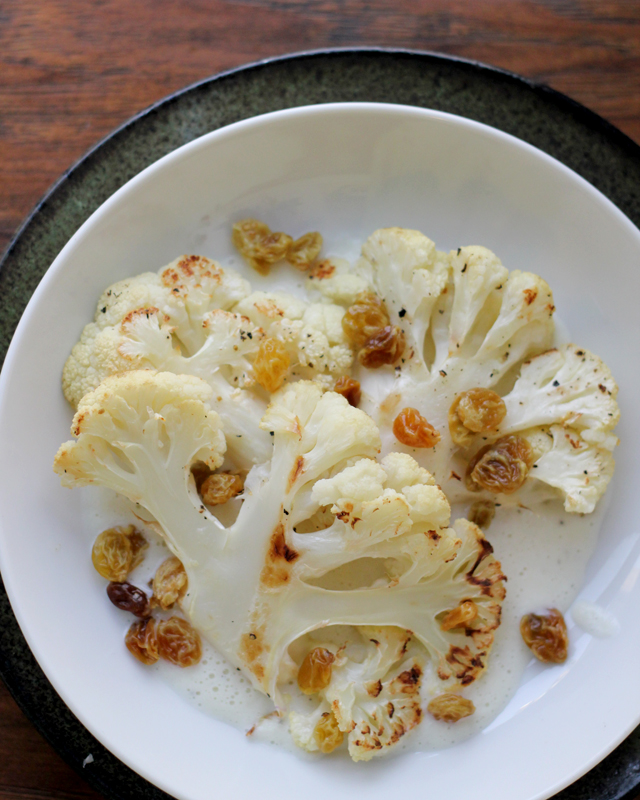 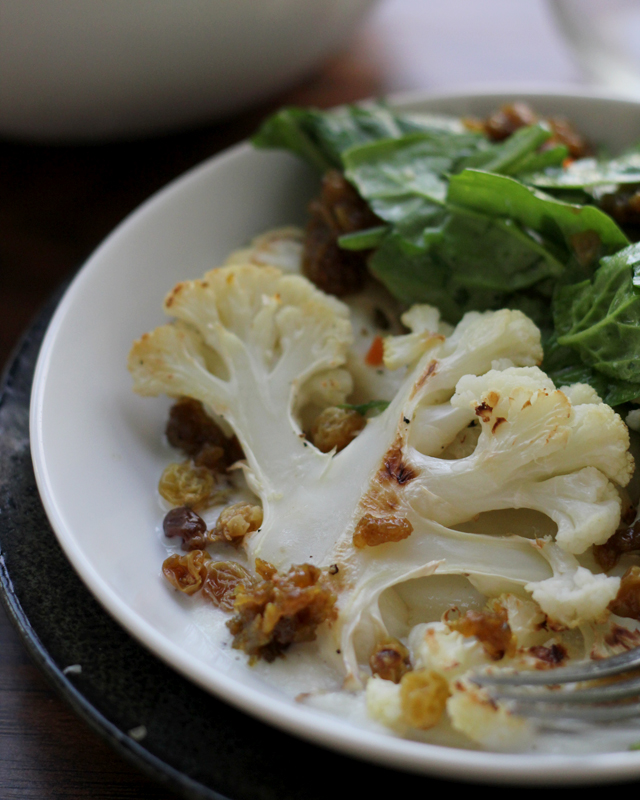