There is cinnamon, spice and everything nice in these cinnamon-apple cupcakes! 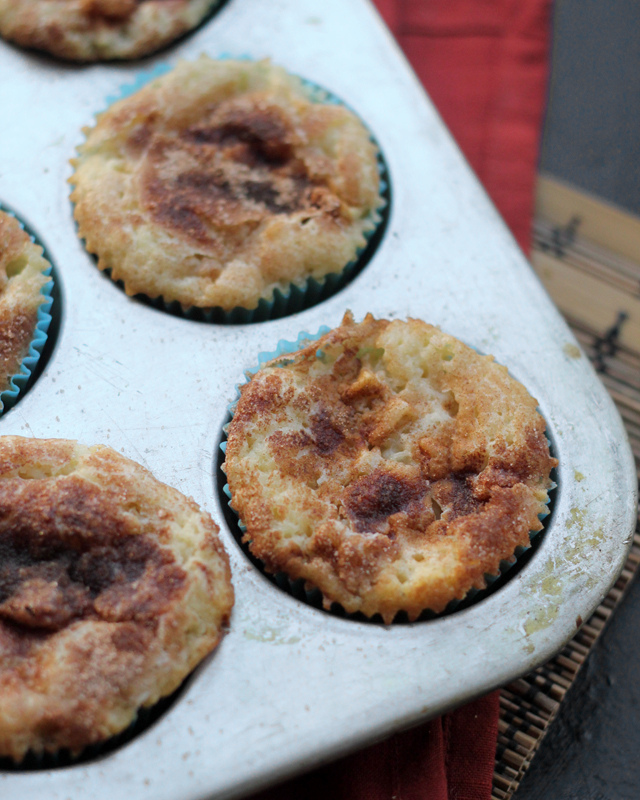 So if we were going to rate excuses on a scale of one to ten, “my camera ate it” would fall…

…above “my dog ate it” but below “my prepubescent brother ate it”? In terms of plausibility?

Eat the pictures, that is. ALL THE PICTURES.

Well, all the pictures of these cinnamon-apple cupcakes except for the one that I’ve thrown up here. No idea how it happened. Because I definitely was late to work taking ALL THE PICTURES…(as per usual)…but when I went to download them onto my computer…in between Monday’s mediterranean orzo and a butternut squash pasta dish I’m planning on sharing next week. There was nada.

Between you and me? I don’t blame it.

These cupcakes were good. Better than good. Bursts of apple flavor and crunchy bits of cinnamon sugar crust (swoon) good.

If I were my camera…I would have eaten those photos as well. But…maybe I would have done it before all the cupcakes were either eaten or given away, so that there was some opportunity to retake them. Just saying.

PS – If you call these muffins, you can eat them for breakfast! #winning

Print
There is cinnamon, spice and everything nice in these cinnamon-apple cupcakes!
Yield: 18 cupcakes
Ingredients
Instructions
Notes
Adapted from The Best of Cooking Light: Over 500 of Our All-Time Greatest Recipes