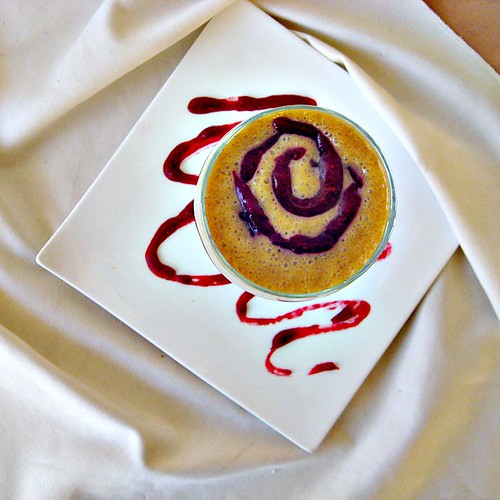 Voting for Project Food Blog Challenge #4 is officially underway!  If you like what you see here at Eats Well With Others, I would appreciate it SO MUCH if you could head on over and vote for me and my spinach-onion curry pizza on a pumpkin-infused pizza dough!  You have until tonight at 9PM to vote!

Here is what I have to contend with.

A father who “can’t” eat vegetables because they “bother” his stomach.  And yes, we have tried many times to go over the difference between “can’t” and “won’t” as well as get a clear definition of the word “bother”.

As I have yet to find anything in the medical literature about a man who can stomach multiple glasses of red wine without any problem but whose body will reject steamed broccoli.  I am going with the more psychiatric diagnosis of “it’s all in your head” with a treatment of “tough love”.  Basically, he’s not allowed to leave the table until he has eaten all of the vegetables on his plate.  No ifs, ands, or buts about it. 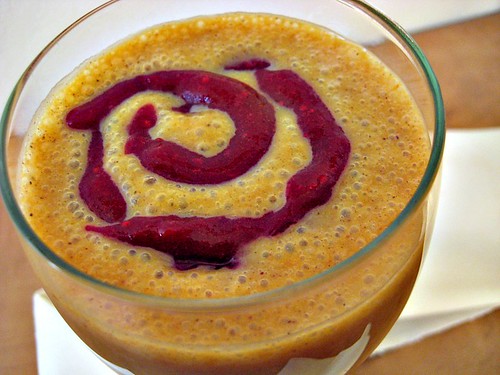 I also have a brother who, though he is lactose intolerant, has been known to wake up at 3 in the morning.  Covered in sweat.  Absolutely fiending for a milkshake.

He is the opposite of my father in this respect.   Whereas my dad will avoid anything that makes his stomach so much as twitch, my brother will throw all caution to the wind.  Brave rain, sleet, snow, and severe stomach pain.  Just so he can get his fix.

Personally, I’m just happy that he craves milkshakes and not heroin.  And has a metabolism that rivals that of a wild boar.  Because with these kinds of pleasure-seeking habits he could get himself into some serious trouble. 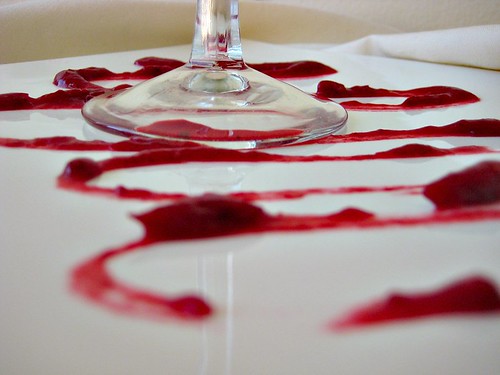 Fortuitously enough, I received an email about two weeks ago from Foodbuzz advertising a contest that Lactaid was holding for the best lactose-free smoothie/milkshake recipe.  With the grand prize being an all-expense paid trip to the Foodbuzz Festival.

Now I’d like to say that my motives for entering this little competition were completely altruistic.  That I did it all so that my brother would be able to enjoy a milkshake without being haunted by the knowledge that his small intestine would not be pleased with him afterward.

But that would only be partially true.  You see.  I really want to go to the Foodbuzz Festival.

And I really wanted to spend an afternoon taste testing milkshakes.  It seemed way more fun than going to anatomy lab and spending hours fruitlessly attempting to identify the arteries, veins, and nerves of the face. 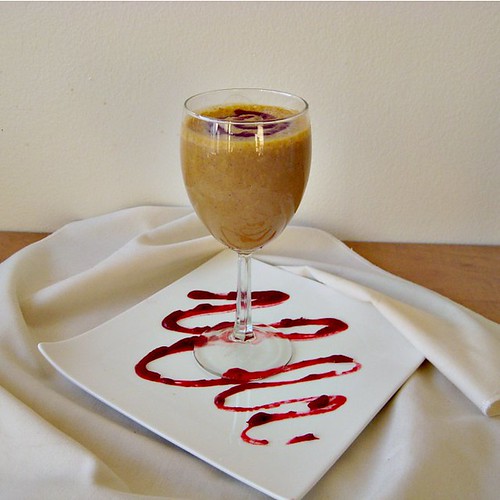 A few hours, one carton of ice cream, and some very high blood sugar later.  I had done it.

Pumpkin spice milkshakes with a cranberry sauce swirl.  All the best of Thanksgiving in one cup.  There is cinnamon, nutmeg, maple syrup.  Imagine pumpkin pie.  In liquid form.  With ice cream.  All completely lactose-free.  Heck, I think I am even going to need a cold shower.

I think that the Carvel near my parents’ house is going to be seeing a lot less business in the coming months.  That’s for sure.

Now.  Any suggestions for how to somehow incorporate vegetables into a glass of red wine.  Would be much appreciated. 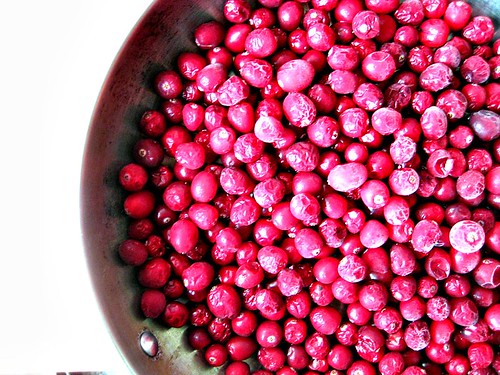 Pumpkin Spice Milkshake
Serves 2, an Eats Well With Others Original

Place the cranberries, sugar, cinnamon, ginger, cranberry juice, and water into a pan.  Bring to a boil, stirring constantly.  Then simmer until sauce has thickened to desired consistency.  I simmered until most of the liquid was gone and the sauce was very jam-like.  For the milkshake, I then put it in a food processor/blender and pureed it.

*As part of the Foodbuzz Tastemaker Program, I received a coupon for a free carton of Lactaid milk in order to create this recipe, which is an entry into a contest to attend the Foodbuzz Blogger Festival.  Feel free to check out Lactaid‘s site for additional information about these products, as well as Moovision – a new site they just launched!

Also, please email me your entries to Regional Recipes: GERMANY! 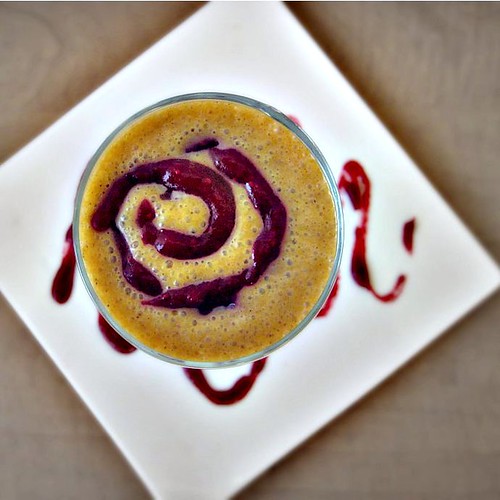 117 Responses to Pumpkin Spice Milkshake with a Cranberry Sauce Swirl