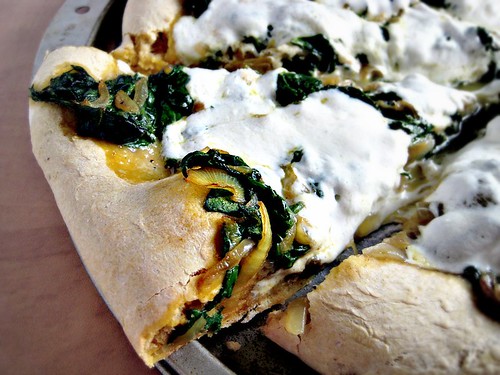 I have been harboring a fugitive in my apartment.

Unbeknownst to me, of course.  I’m not the type of person to willingly open up my doors to the criminally insane.  (And if you believe that, I’ve also got a flying pig to sell you.) 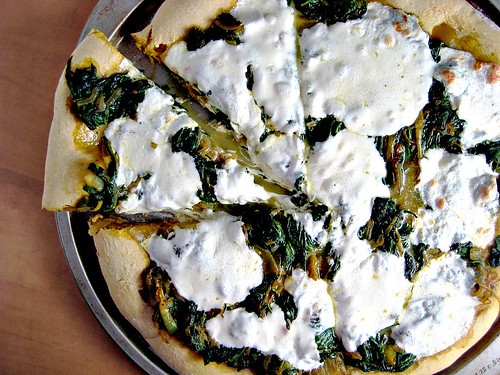 Seriously, though.  I let this one specific character in almost a year ago.

We met in the supermarket.  He was one of many (though he doesn’t really like it when I say that) cans of pumpkin sitting on a shelf at Whole Foods, on sale for a dollar a pop.  Maybe it was his green casing that caught my eye.  Maybe it was the allure of the luscious orange puree that he promised to yield when opened.

I can’t remember anymore.  Nor does it really matter.  In the end, he was on sale.  He was organic.  He was “100% pure”.  And thus he made his way into my shopping cart, onto my shelves, and into my life. 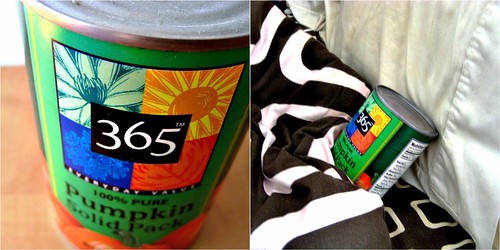 And we really lived peaceably for quite some time.

Then, yesterday, I was musing about what to cook for this next PFB challenge, which is to provided a “how-to” picture tutorial for any dish of your choosing.

I was pretty set on making pizza.  I grew up on homemade pizza, you see, having a father whose grandfather used to own a pizza parlor.  Pizza dough making is in my blood.  In fact, it is highly likely that I am actually comprised of some early twentieth century pizza dough particles.  So really, it’s also in my bones.

So I left for running practice yesterday morning with a plan.  And came back to the image you see above.

Mr. Pumpkin Puree over there had leaped from my bookshelf.  Into my bed.  And was laying there.  With the most seductive look he could muster given that he doesn’t actually have any facial features.  Saying, “Take me, I’m yours.” 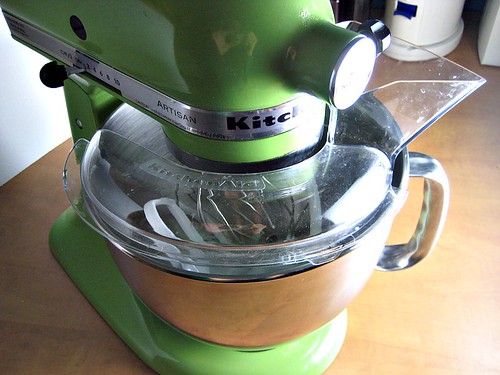 Well, there was no way I could cohabitate with him after that.  He obviously had some personality disorder/mental issues and though I am supposedly being taught how to issue a Mental Status Exam and diagnose such things, in reality, I know nothing about anything.  I am not a trained psychiatrist regardless of what my mother seems to think when she calls me at least once a day trying to diagnose everyone in our family with bipolar disorder or schizophrenia.

So I dealt with this situtation the only way I knew how.  I baked.

Out came the KitchenAid stand mixer, a veritable superhero and champion of all things that are good in this world (specifically red velvet cakes, focaccia, and Italian meringue buttercream), ready and willing to aid me in the fight against deviant cans of pumpkin puree.

And that was how this pumpkin-infused pizza dough was born.  On a wing and a prayer. With a pinch of baker’s yeast.  If you didn’t believe in serendipity, you will now.  Because this was the best pizza dough I’ve ever made. 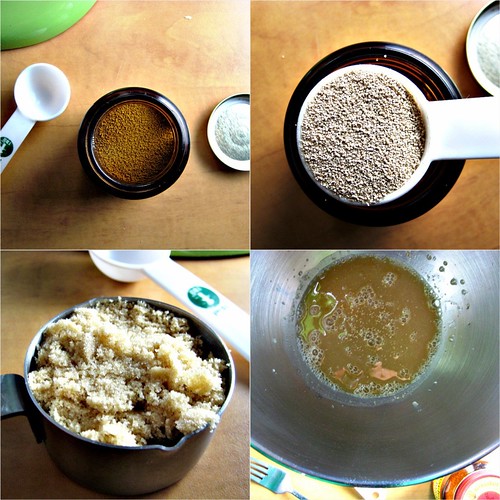 The key to making dough of any kind is to make sure your yeast is still alive and kicking.  To “proof it” as they say in the professional baking world.  To do this, just mix 1 tbsp dry active yeast or 1 packet with 1/3 cup brown sugar and 3/4 cup of lukewarm water.  I just use the hot water from my tap.  You don’t want it to be TOO hot, however, as that could kill your yeast.  If it’s too hot to stick your finger in for more than five seconds, then it’s too hot.  Rule of thumb.

Swirl it around with a fork.  And then walk away from it so that it can do its thang.  Just as a watched pot never boils, a watched bowl of yeast never proofs.  Trust me. 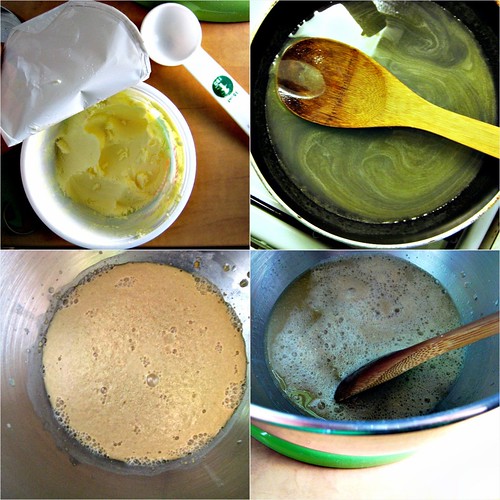 While you’re waiting, take 2 tbsp of butter and place them in a small saucepan with 3/4 cup water and 1 tbsp salt.  Melt the butter over low heat.    When this mixture has cooled down enough that you can stick your finger in it (remember the 5 second rule!), go and check on your yeast/water/sugar mixture.

It should look foamy.  Kind of like the bottom left picture above.  This means it’s alive and ready to raise the roof.  And your dough.  Good stuff.

Pour the water/butter/salt mixture into this and mix it all together. 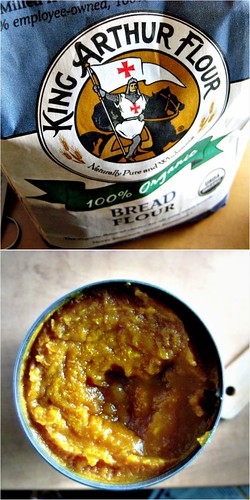 Now, it’s time to gather your next two ingredients – bread flour and our favorite little sexual deviant, the can of pumpkin puree. 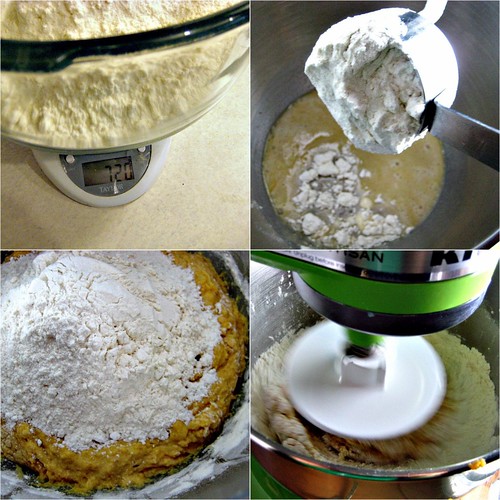 Measure out 6 cups of bread flour (720 grams) into a large bowl.  When I am baking, I always measure by weight.  It’s way more accurate than using measuring cups and actually way less messy.  Especially for yeast breads where the ratios are extremely important.  Definitely worth the twenty or so bucks that I paid for it.  In fact, considering all of the therapy visits it’s saved me from by sparing me from the trauma of wet droopy doughs…it’s basically paid for itself.

Mix 1 1/2 cups pumpkin puree into the yeasty mixture.  If you haven’t been doing this in the bowl of your stand mixture already, then pour the whole gloopy mess into it.  Using a dough hook, mix the bread flour into the pumpkin/water/yeast mix 1 cup-ish at a time.  When all of it has been incorporated, let it beat the dough for about 10 minutes on speed 2.  If the dough is seriously sticking to the side of the bowl, then it is too wet.  Add more flour until the dough can be stirred for 2 minutes while staying stuck to the hook and not to the bowl.  I had to add probably around 1 cup more. 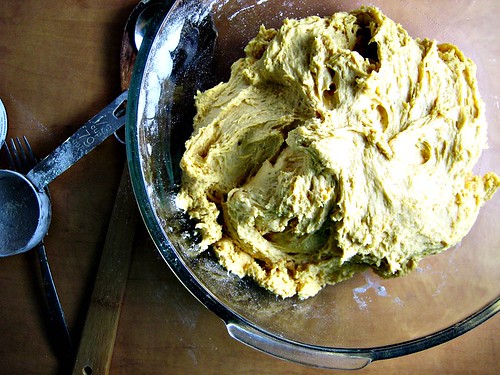 Plop the dough into a large bowl.  Cover with a damp towel and let rise in a warm area for one hour.  I like to put it on top of a preheating oven.

Which reminds me, you should start preheating your oven to 500 degrees.  Stat. 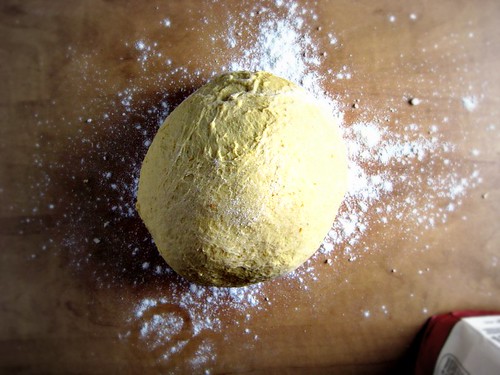 Once it has risen, cut the dough into two equal pieces and set one aside.  Take the other one and roll it into a ball.  Cover it and your hands with some extra flour if it is too sticky.

At this point, the clouds may part and the heavens may open up, shining their light down on your ball of dough.  I don’t guarantee it.  But it is certainly possible. 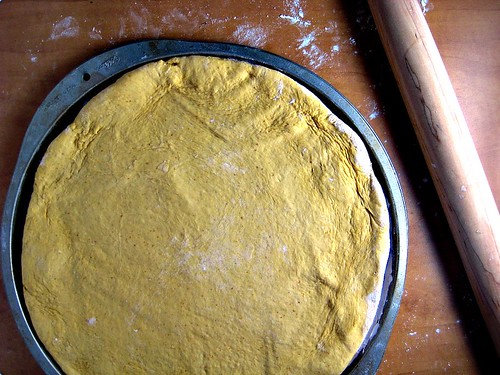 Take a pizza pan and lightly dust it with flour.  Using a rolling pin, roll out the dough until it just about meets the edges of the pan.  If you find that it is resistant, let it sit for a minute or two.  Turn on some light FM.  Drink a glass of white wine.  Dim the lights.  Really foster a relaxing environment.  Then, when it’s got its guard down.  Go at it again.

And voila!  You can now breath a sigh of relief.  Firstly, because the hard part is over – you have just made your first pizza dough!  And secondly because, man you have shown that pumpkin puree.  He will not be trying to jump into your bed anytime soon.  Although that’s more than I can say for your mouth.

Oh, and remember the half of the dough that we set aside a minute ago?  Wrap that baby in plastic wrap and pop it in the freezer.  You’ve just got next week’s dinner in the bag.  Amen to that. 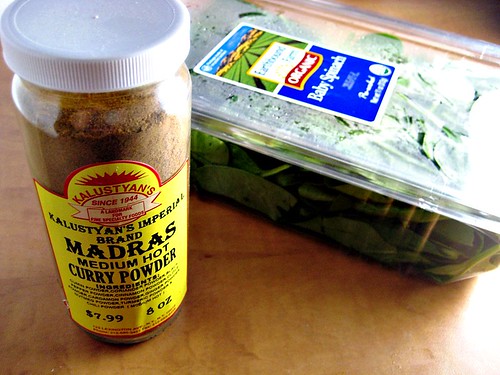 The beauty of pumpkin pizza dough is that you can really take it in any direction you want.  Mix a little cinnamon and ginger into the dough while adding in the flour, and you have the makings for a dessert pizza.  You can go the traditional route and top it with some cheese and tomato sauce.

Or you can really shake things up, as I did, by piling on the spice.  In the form.  Of curry.

You have doubts, you say?  Well, I did too.  However, the spiciness and heat of the curry is complemented beautifully by the subtle almost-sweetness of the pumpkin.  Trust me on this.  I may not be the millionaire matchmaker but I know my flavor pairings.  Especially when it comes to a certain orange vegetable. 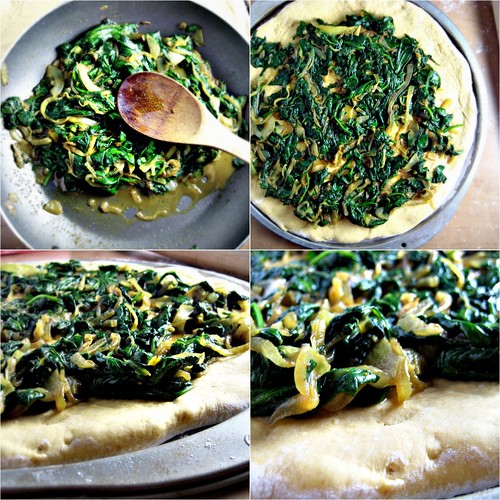 Slice two onions into thin slices.  Saute in 1 tbsp oil and a pinch of salt for 20 minutes over medium-low heat or until the onion is slightly brown.  Add in 2 tsp curry powder.  Throw in about 7 cups baby spinach.  Saute, continuously stirring all the while, until the spinach is wilted.  Taste for seasoning.  Using a spoon, place the spinach/onion mixture on the pizza, trying to leave as much liquid behind in the pan as possible.

Cut up some fresh mozzarella into thin slices, about 8 oz.  Layer it onto the pizza.

Cook at 500 degrees for 10-15 minutes or until the bottom of the pizza is a light shade of  brown.

Cut into eighths.  And enjoy.

Inspiration for this pizza dough was gotten from What’s Cooking Mexico.  This has been yeastspotted and will be also making an appearance over at Meatless Mondays.  This has been linked to Marla’s Happy Post on Family Fresh Cooking! 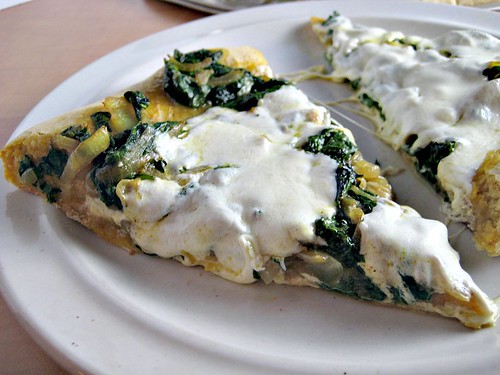 This is my entry for Project Food Blog Challenge #4.  If you like what you see, I would really appreciate it if you would head on over tomorrow (Monday, October 11) after 9AM and vote for me!
Thanks so much to everyone who voted for me in last week’s challenge.  I cannot and will not be able to do this without your support!  And I am eternally grateful to those who have propelled me along thus far.  It’s been a crazy fun four challenges…so please help me to stick around for more! 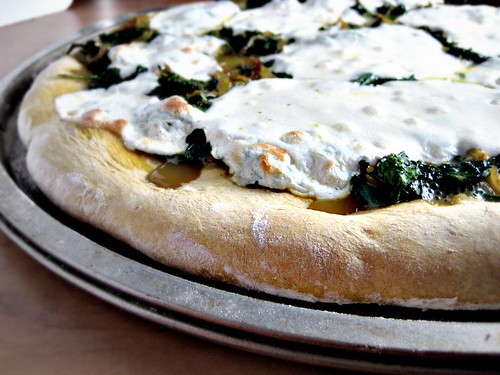 Today is your last day to enter into my challenge over at MarxFoods!  So please go check it out.  There are some FUN prizes!

Also, please send me your entries to Regional Recipes: GERMANY by October 31st! 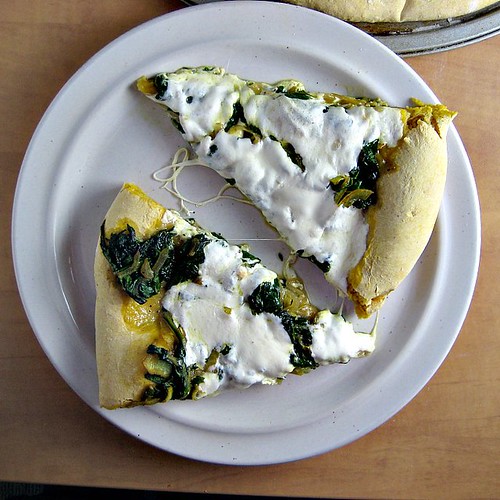