With an infusion of maple and bourbon, and a rich chocolate crust, this pumpkin pie is bound to be a holiday favorite!

The.Boy and I are making great strides towards ridding ourselves of our trust issues.

Like, for instance, last weekend when he allowed me to bring a blowtorch into our apartment.

And use it. Within a three foot radius of him.

Let’s just say that was probably the most tense five minutes of our relationship. Possibly of our lives. Hopefully ever again. Fingers crossed. 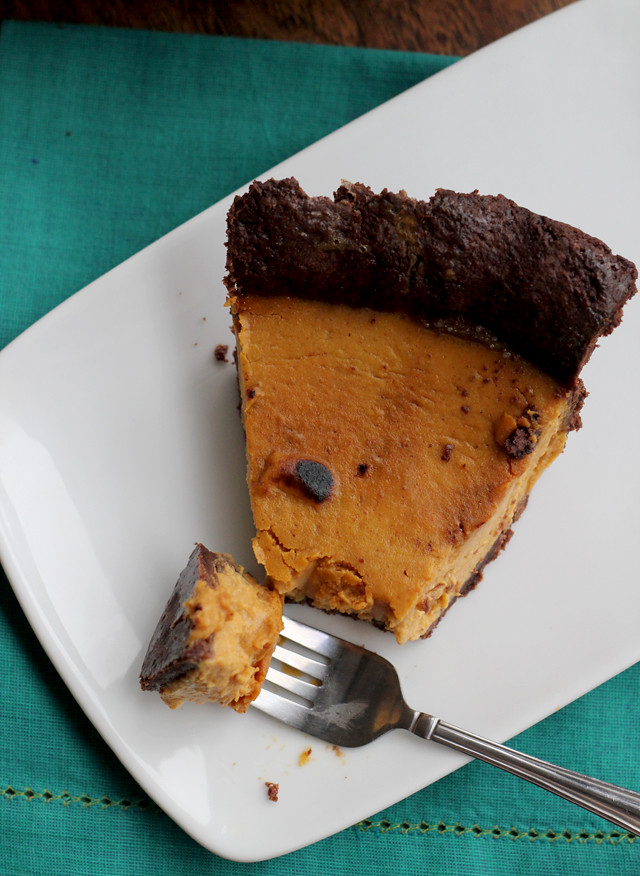 But I had seen bruleed pie crust in exactly THREE THANKSGIVING FOOD MAGAZINES.

And the way I feel about crispy crunchy caramelized sugar atop a custardy interior is like what a moth feels about a flame.

I had to have them. And I was not about to take, “But babe, I really don’t think intentionally creating a fire in our apartment is a good idea” for an answer. 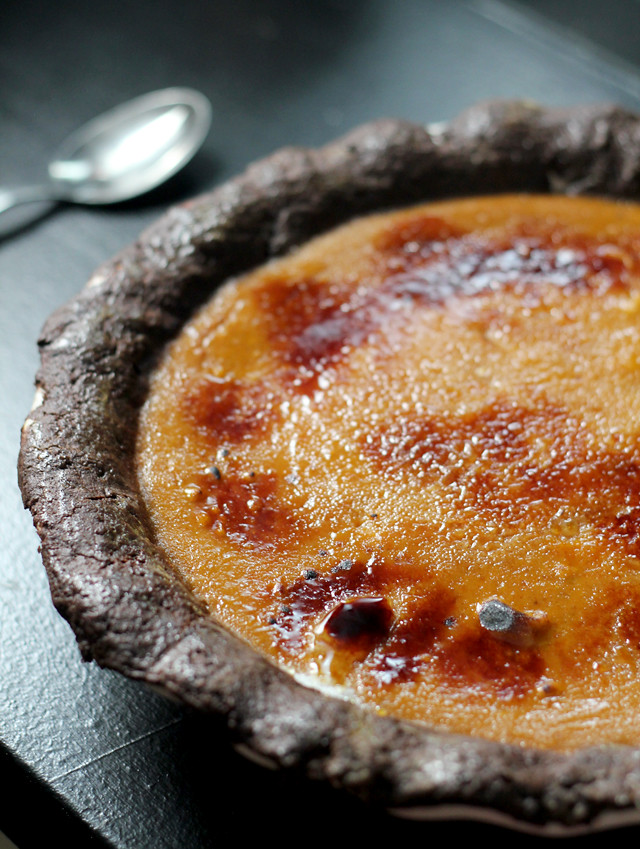 A little clickety click on Amazon while his back was turned (so much for honesty) and my adorable little flame thrower arrived two days later. Fueled for action. (Uh, not literally. I had to buy a canister of butane to go with it.)

So bruleeing away I went, while the.boy stood a few arms length back with a fire extinguisher. Just in case.

A little sprinkle of sugar, a little bit of the hot stuff, and there it was. The crispy crunchy caramelized sugar exterior of my dreams.

Except…then I waited for dessert time to actually serve it and it had kind of re-melted and soaked into the filling of the pie so that you couldn’t tell it had ever been set on fire. UGH.

But yum. Because it was delicious anyway. Filled with the perfect pairing of maple and bourbon, a hint of tang from the yogurt, and ALL THE FALL THINGS. Surrounded by a chocolate crust. You just can’t go wrong.

Guys! It’s still #PieWeek! Which means we have another AWESOME giveaway for you, along with a whole SLEW of ridiculously fabulous pies. Here goes. Today’s giveaway is one of my favorites because it involves the maker of some of my favorite kitchen tools – OXO – AND the brand that I will probably devote most of my wedding registry to – Le Creuset! See below for how to enter!! 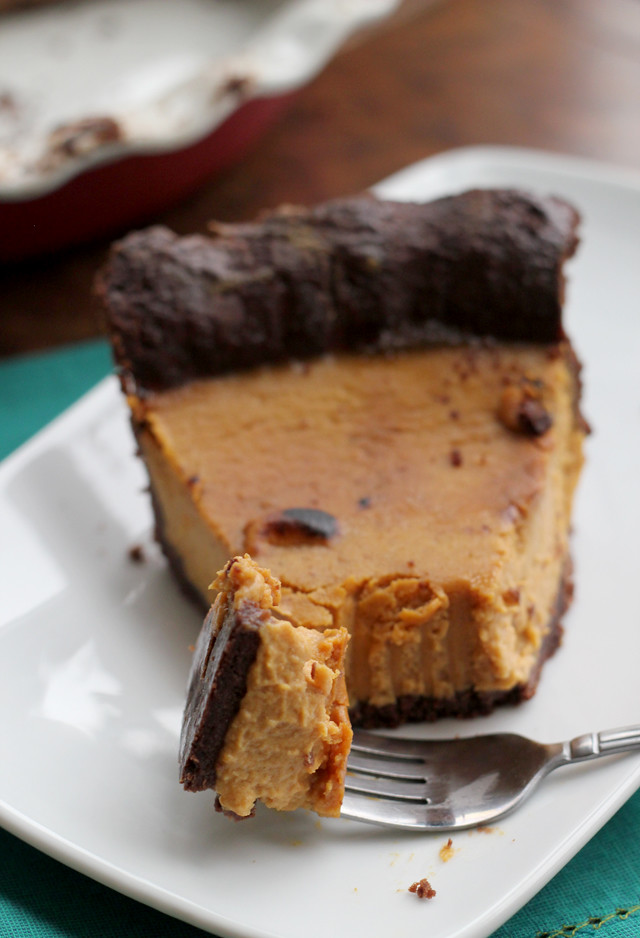 Print
With an infusion of maple and bourbon, and a rich chocolate crust, this pumpkin pie is bound to be a holiday favorite!
Yield: 8 servings
Ingredients
For the chocolate pie dough
For the pie
Instructions
Notes
Adapted from Bon Appetit 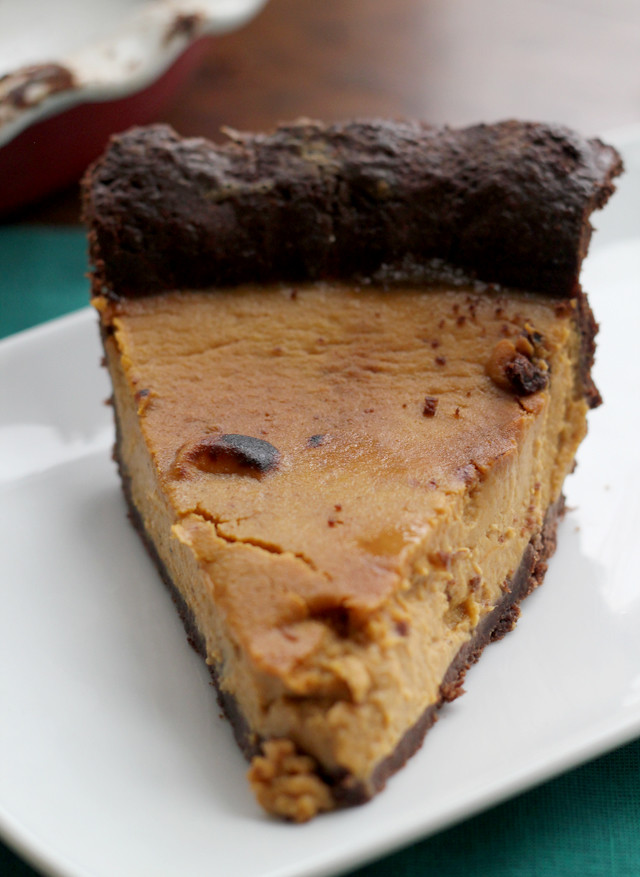