Who needs pie when you have a pumpkin mousse tart? This sweet treat is extra special with it’s black-bottomed spiced chocolate crust and custardy French cruller toppings. 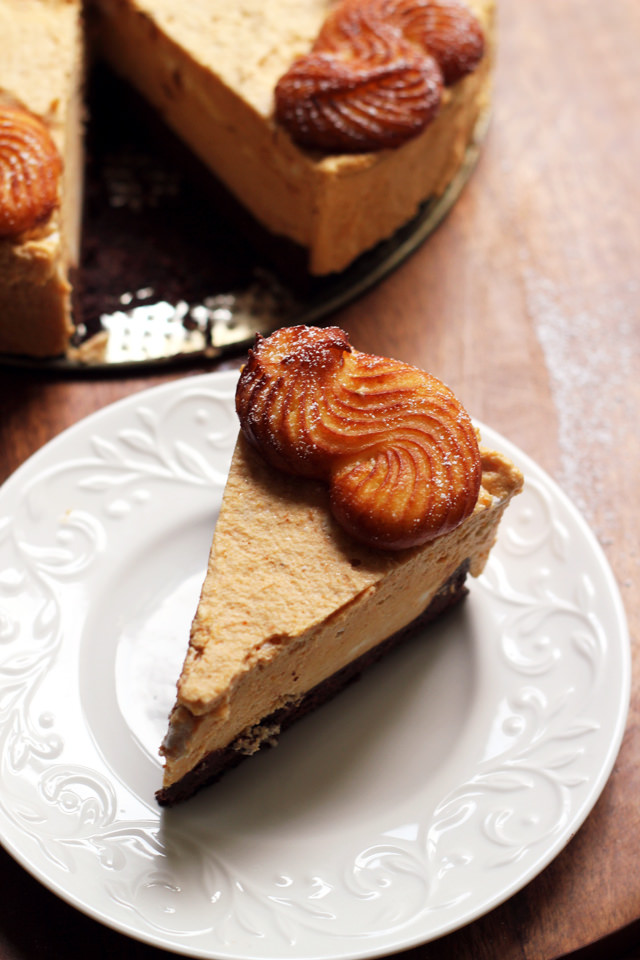 I have a hunch that some of you are afflicted with a very grave illness. 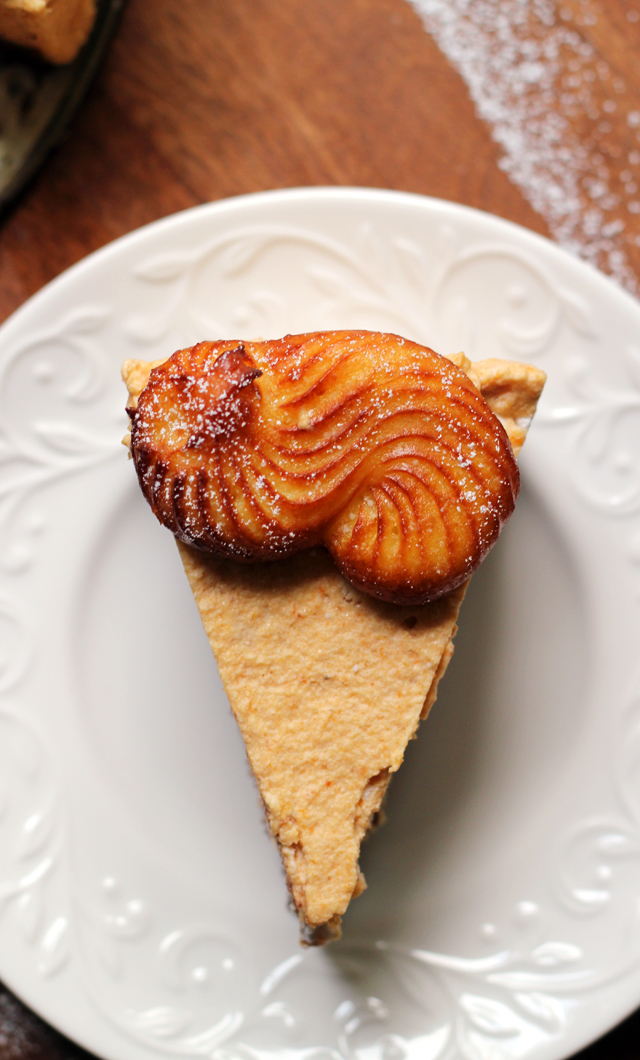 Maybe it’s  food blogger intuition, future physician clairvoyance, or has something to do with the numerous comments I received on last week’s Friday sweet treat that were essentially shrieks of YES FINALLY NO PUMPKIN. 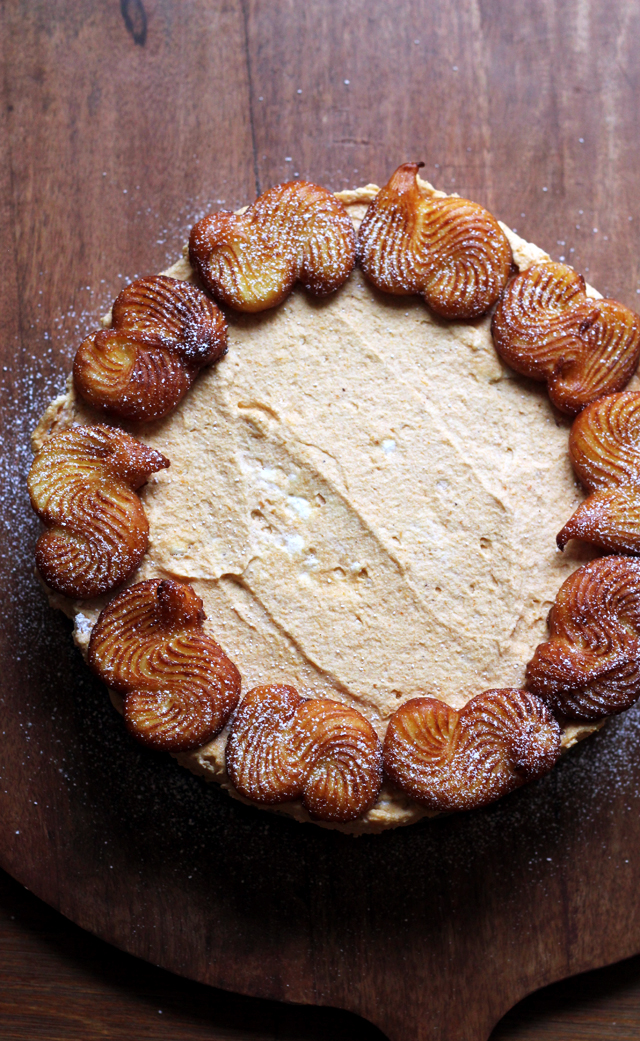 To be clear, I place full blame on the reappearance of the PSL (aka pumpkin spice latte, for the uninitiated) in JULY, when we were supposed to be preoccupied with seasonally appropriate fare like ice cream sundaes and peach crumbles, and instead felt compelled to sweat it out with warm cinnamon nutmeg spiced frothy espresso milk in our bellies because everyone else was doing it. 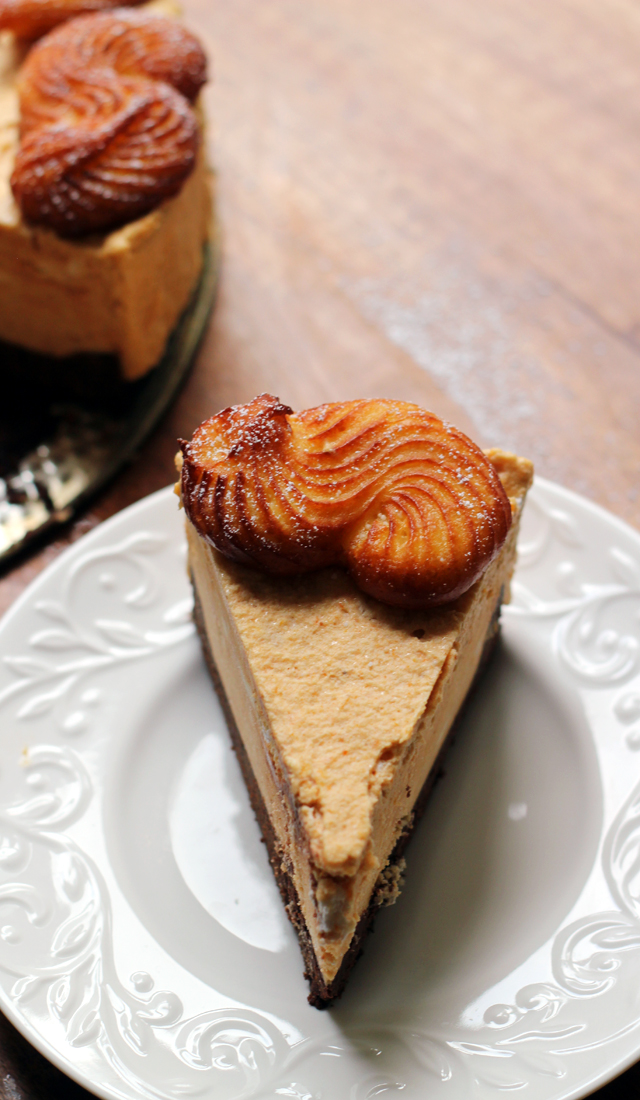 So while I realize your eyes might be glazing over just from reading the title, I beg you to BLINK IT OUT. Get that blood pumping again.

We have pumpkin mojos to, uh, “reinvigorate”. And there is not a moment to lose. 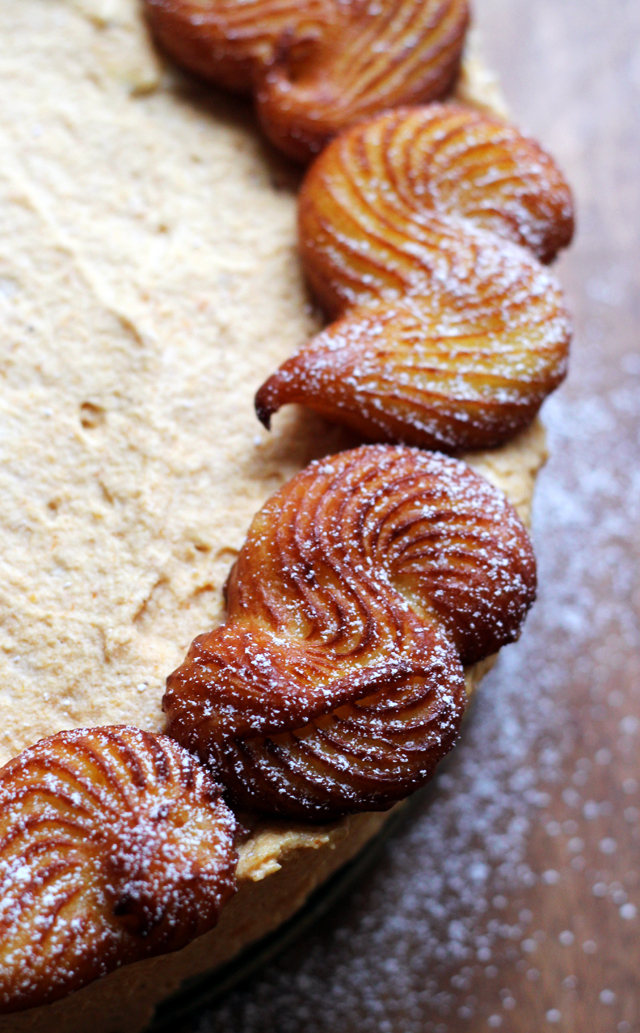 I actually had not been intending on making this, but sometimes a recipe chooses you and not the other way around.

And normal people totally randomly decide to make 3 component tarts with 4 hour chill steps in them on weeknights.

When they don’t even have all the ingredients.

You believe me, right? 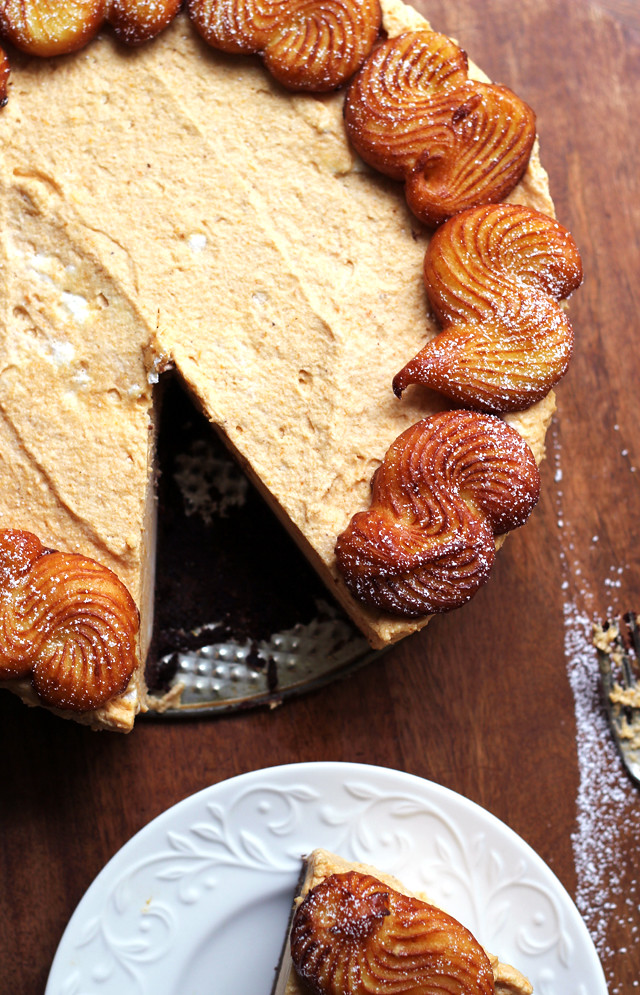 Okay, fine, so I might have been pulling my hair out and ruing my life choices just a tad bit, but that was all forgotten when I took my first bite. 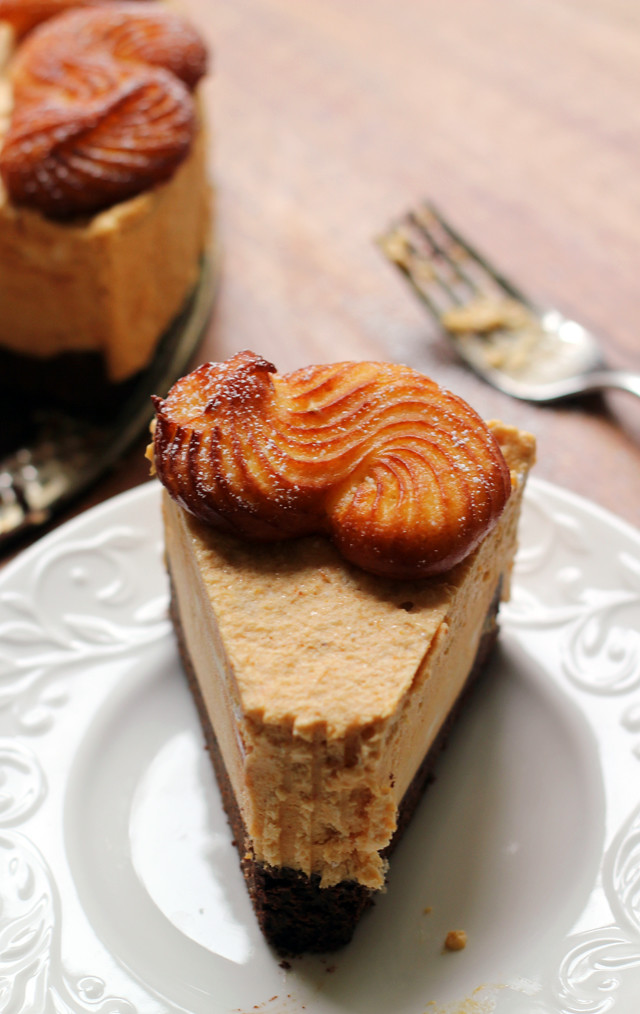 This may not be your momma’s pumpkin pie, but it is the first step on the road to pumpkin fatigue recovery.

And it will look sooooo nice on our Thanksgiving tables. All classy-like.

Two birds, one stone? I like the way we think. 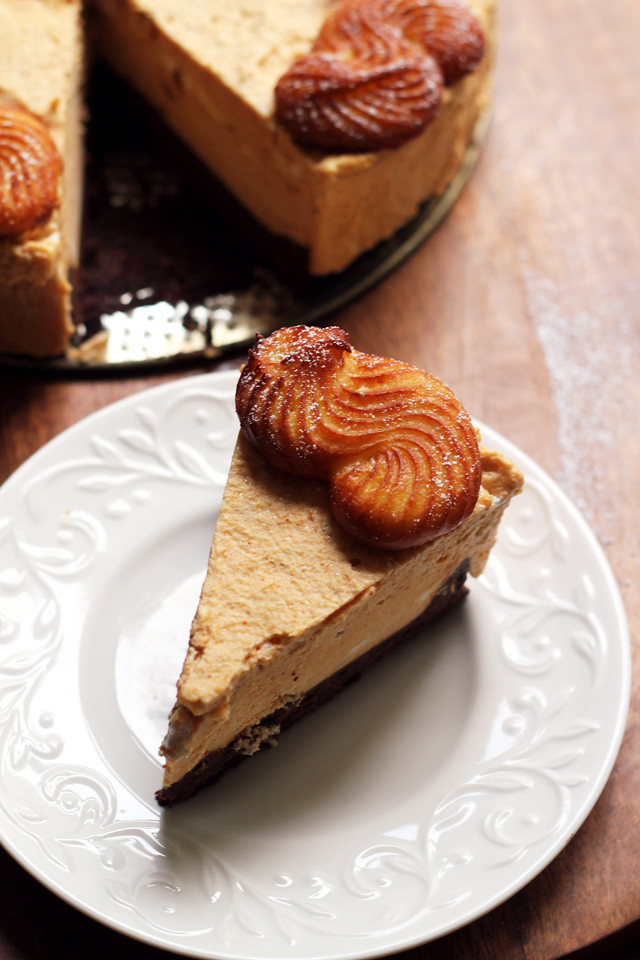 Print
Who needs pie when you have a pumpkin mousse tart? This sweet treat is extra special with it's black-bottomed spiced chocolate crust and custardy French cruller toppings.
Yield: 1 (10-inch) tart
Ingredients
For the cake
For the mousse
For the crullers
Instructions
Notes
Adapted from Bake It Like You Mean It: Gorgeous Cakes from Inside Out

For more Thanksgiving-worthy treats, check out these: 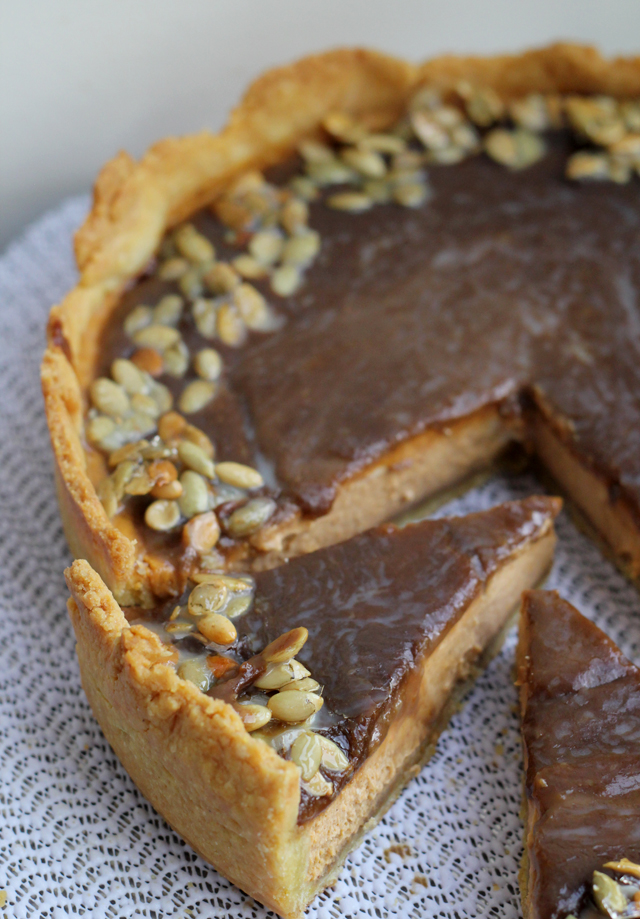 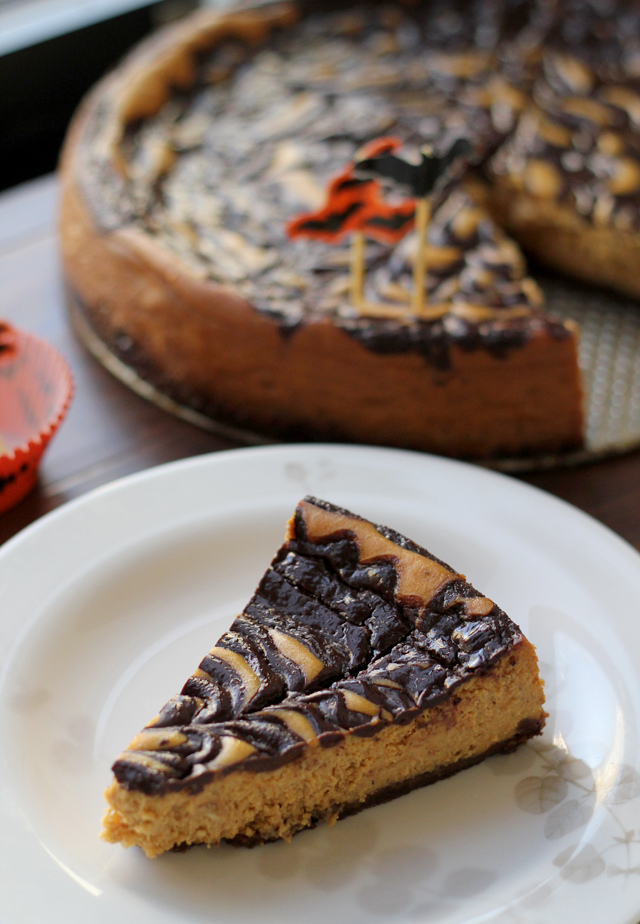 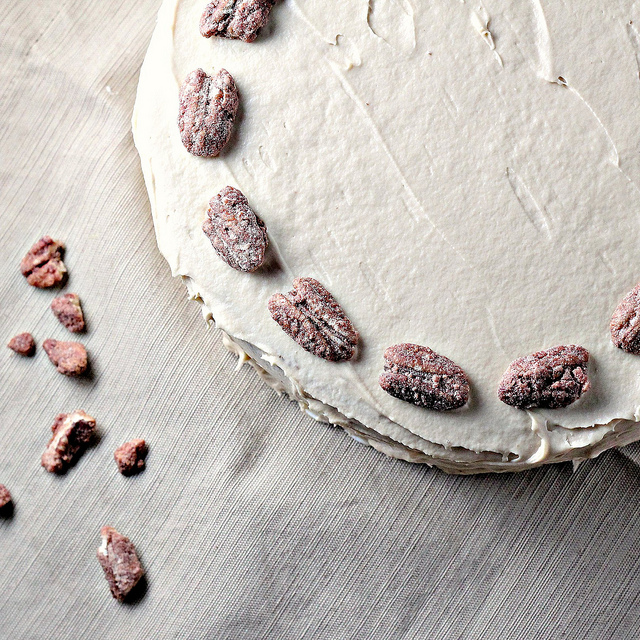 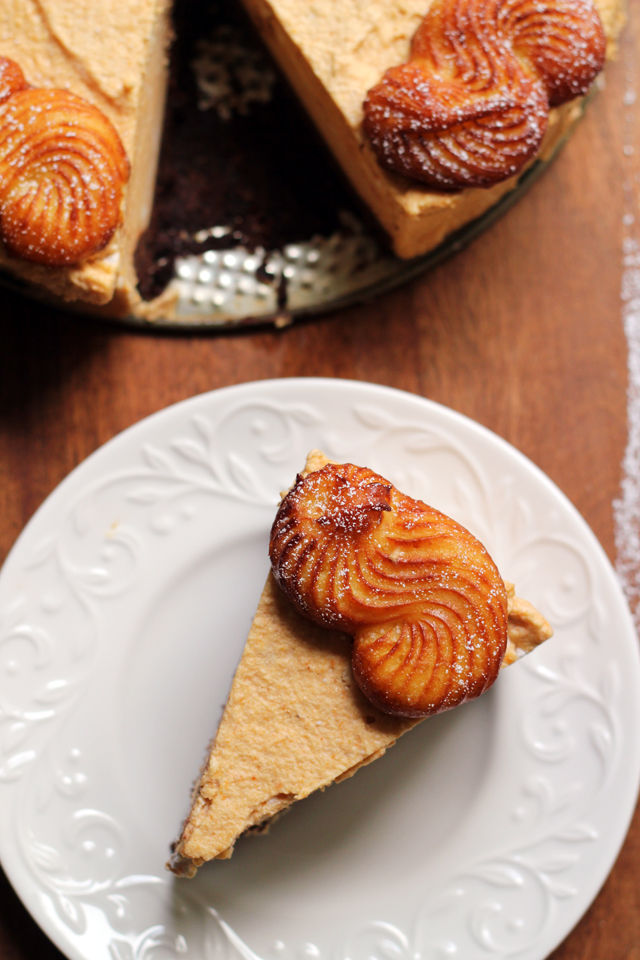