Triple chocolate coconut macaroons that are as rich and fudgy as truffles, but possibly even more decadent. 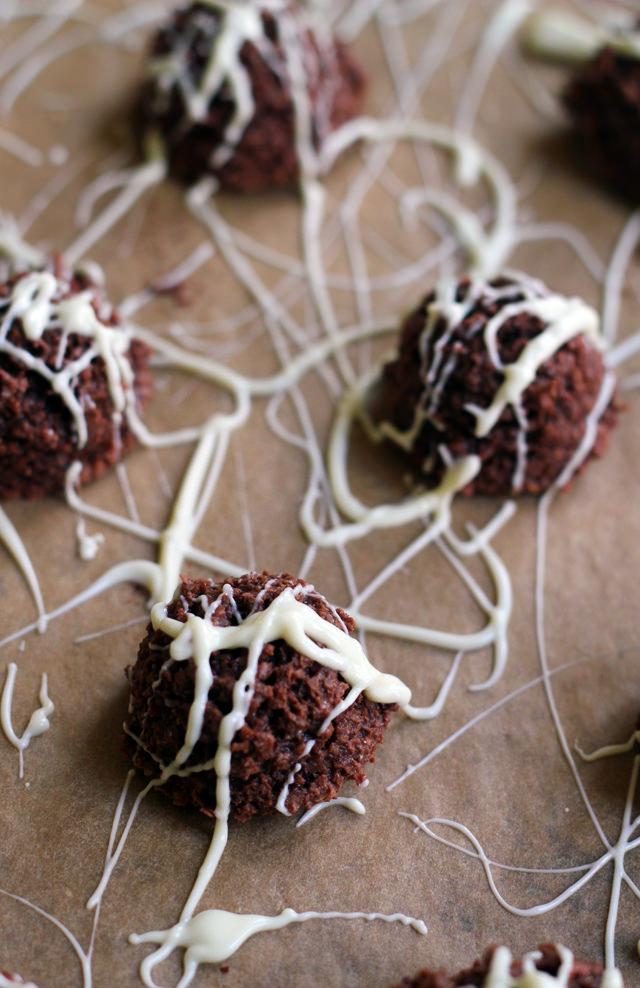 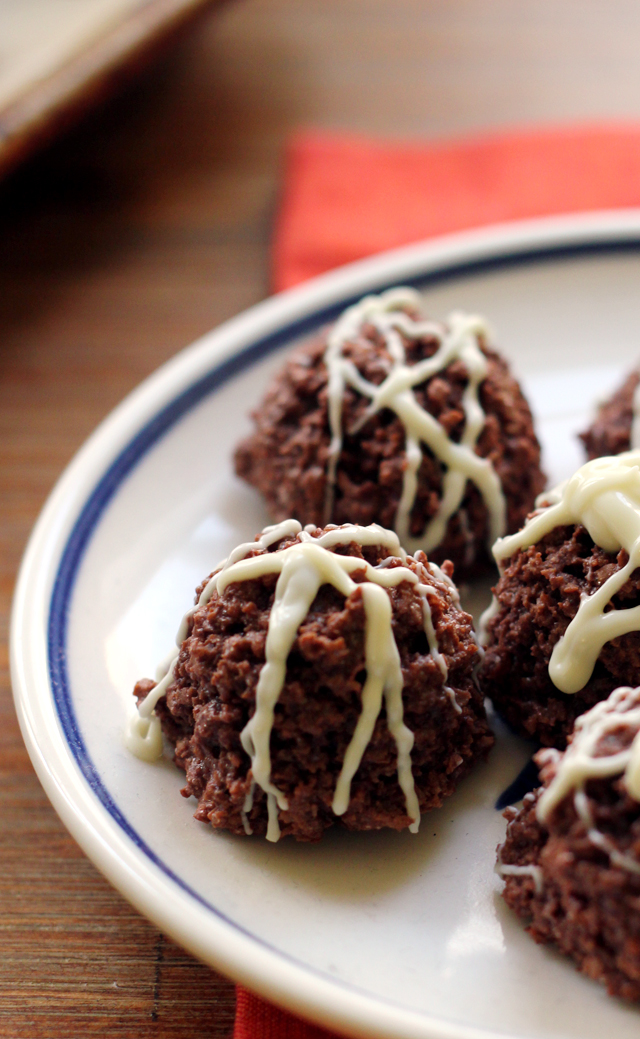 And…if this baking fail happened  in your fifth story walk-up apartment and no one was there to   see it but your husband (and we know he doesn’t really count anyway)….did it really really happen?

Oh, Friday existentialism. You are TOO MUCH for me. 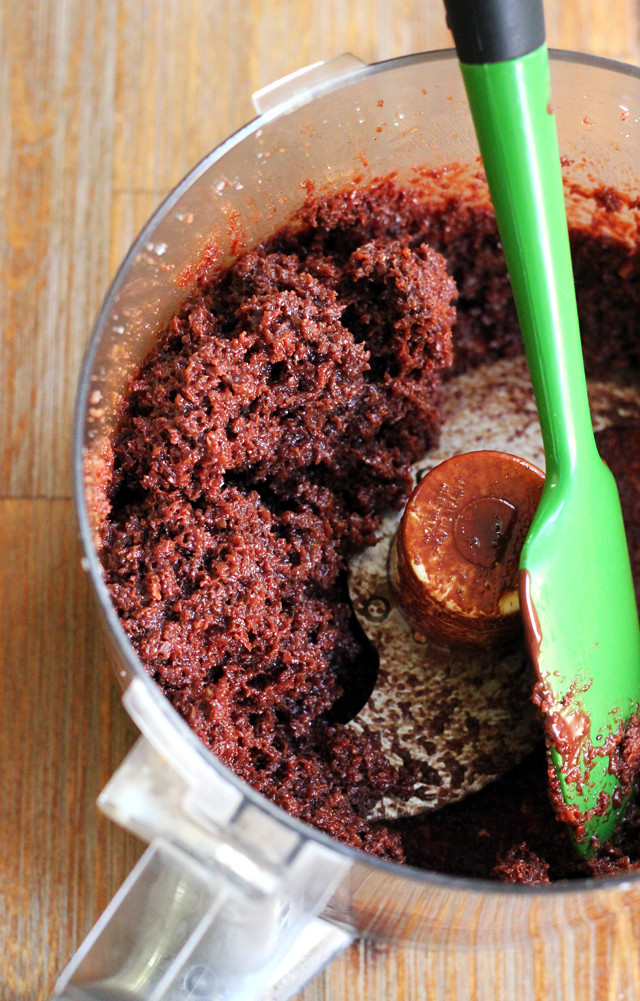 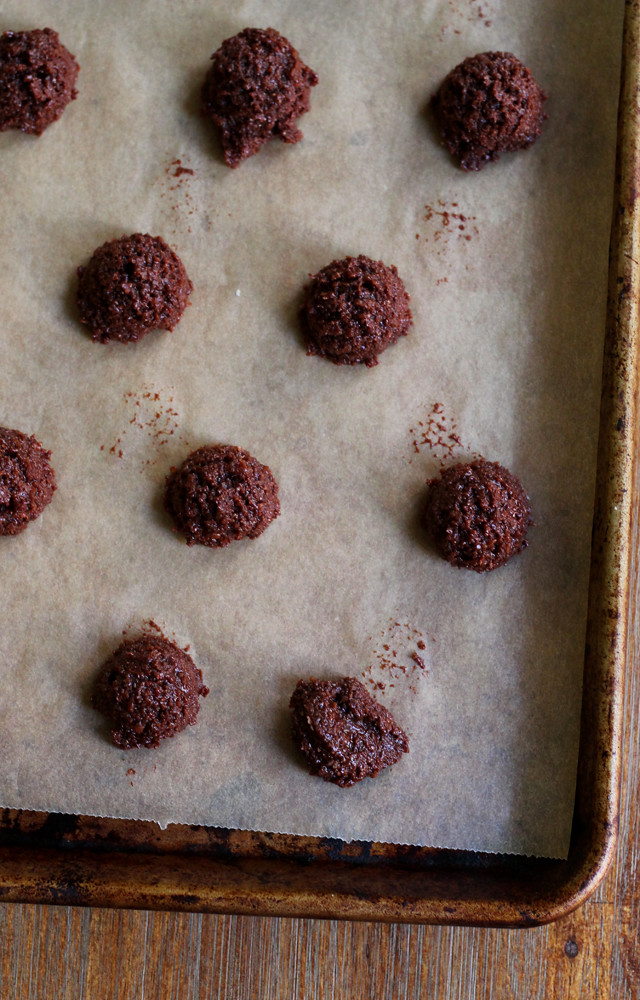 I won’t even spend one more breath on the lemon curd linzer cookies that were going to be sooooooo soooooo soooooooooo perfect for Easter except that the dough was too crumbly and wouldn’t roll out no matter WHAT I DID. (What did I do to hurt you cookies?!? WHHHAAATTTTT?!?)

And instead I shall devote all of my breaths to these morsels of chocolate coconut fudge heaven.

Otherwise known as macaroons. You might have heard of them? 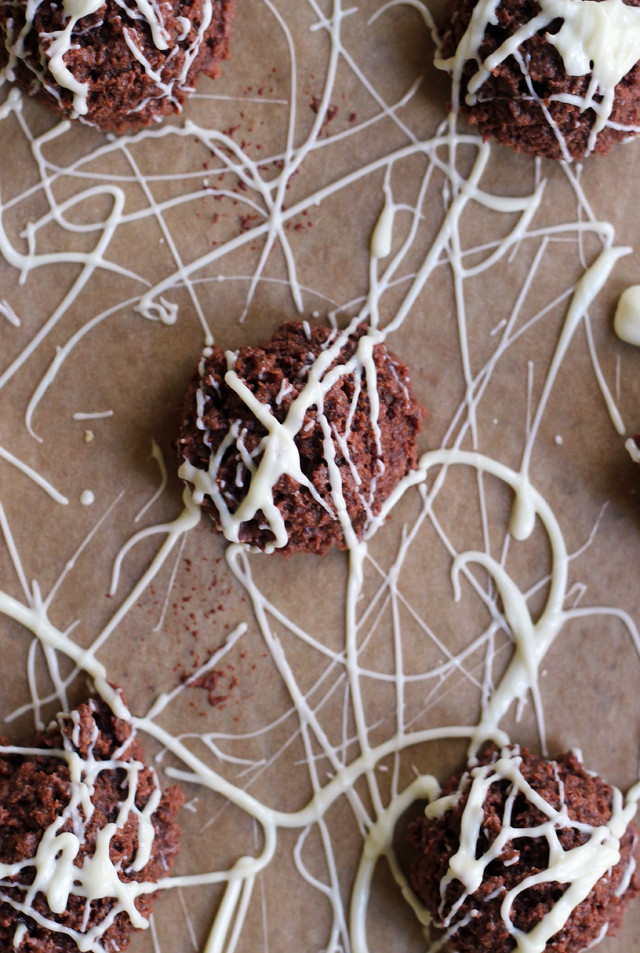 To be honest, I was macaroon deprived for most of my life because my dad hated coconut and my mom pretended she also hated coconut just so he wouldn’t feel like such a weirdo.

Update to 2015: I LOVE COCONUT. But I’m married to someone who HATES COCONUT. Like mother, like daughter?

Except unlike my mother, I eat coconut whenever I dang well please and the.boy can either take it or leave it.

When it’s mixed with double chocolatey goodness and topped with a white chocolate drizzle…apparently he takes it. By the handful. 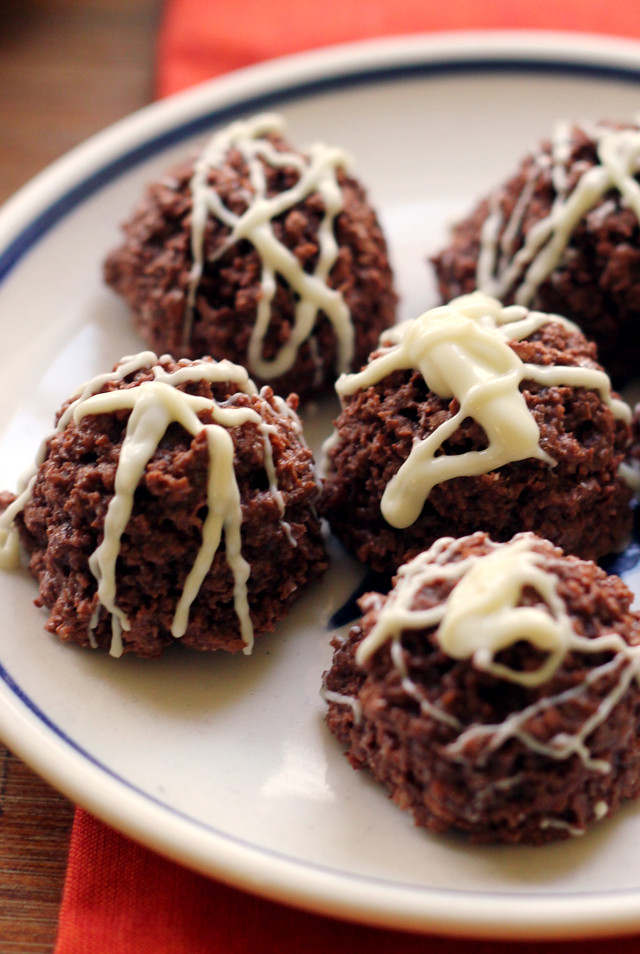 After a stressful cookie dough night, these macaroons were so refreshingly easy!! The batter comes together in the food processor within mere minutes, and after that you are 20 minutes away from fudgy chocolate macaroon perfection.

Perfect for an easy entertaining treat (Easter and/or Passover, AHEM) or a night at home with Scandal reruns. I don’t judge. 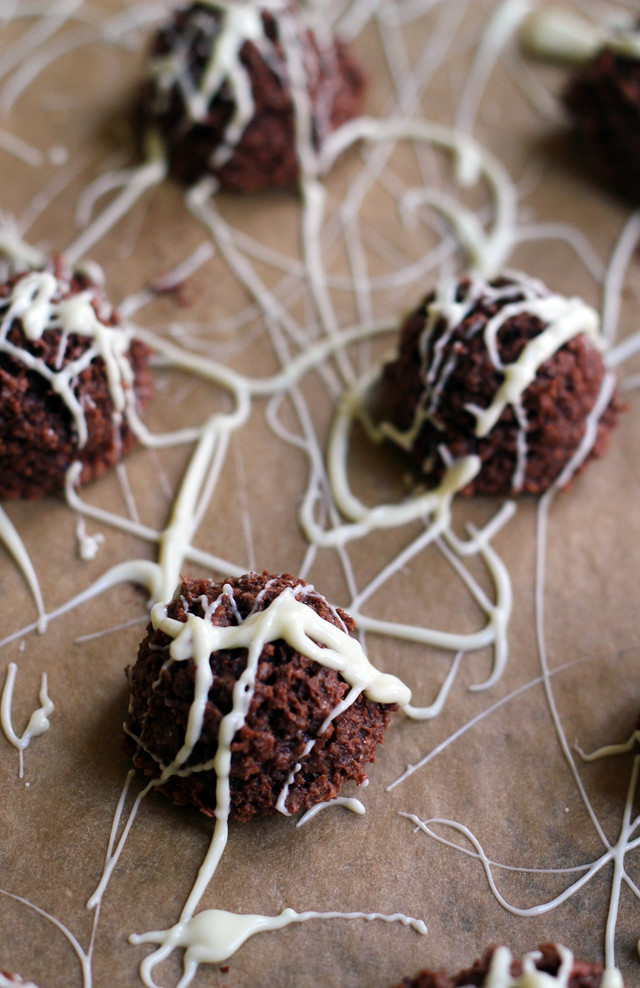 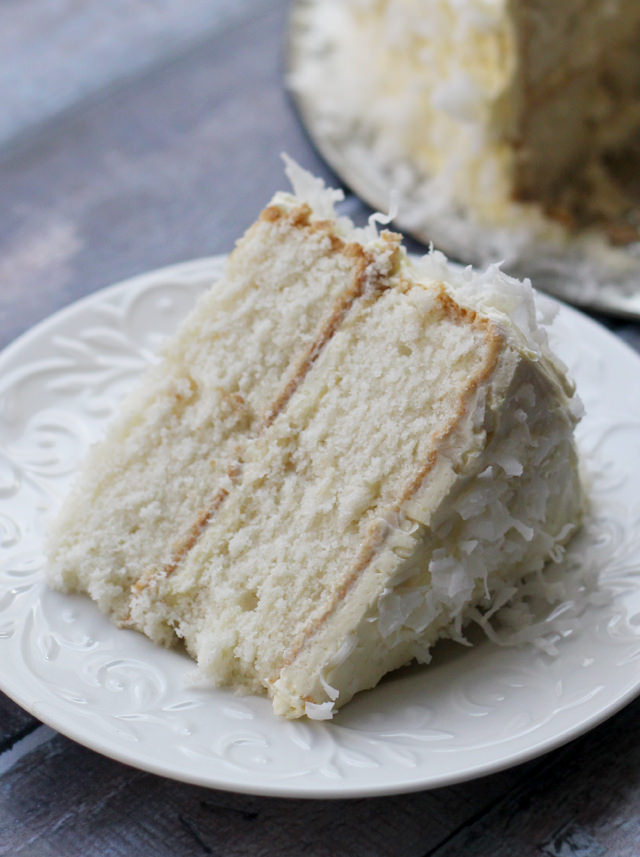 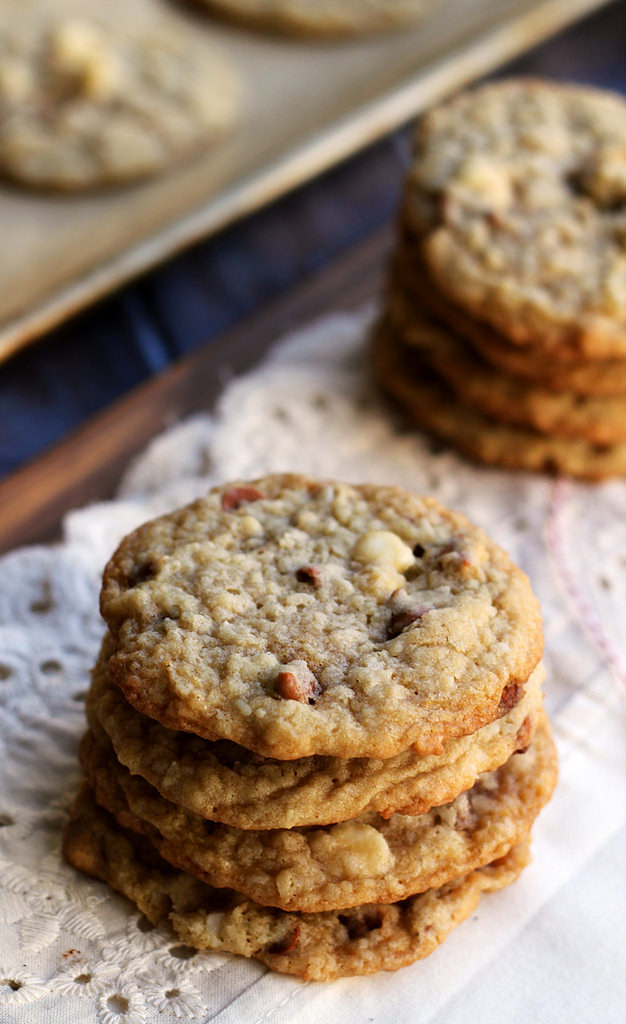 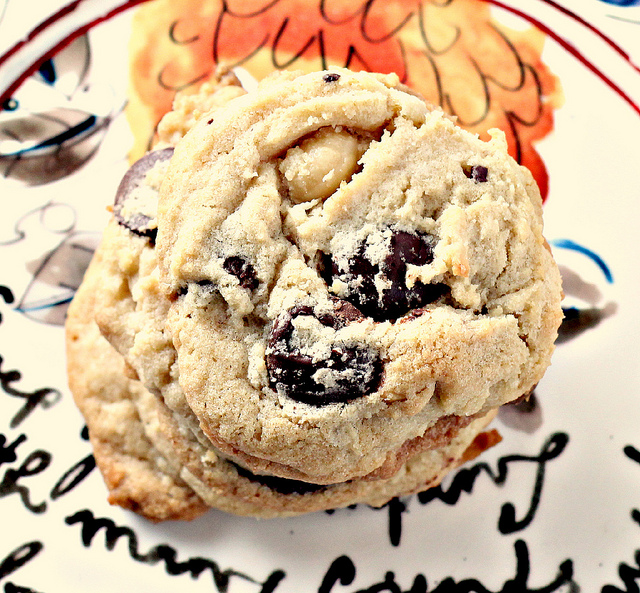 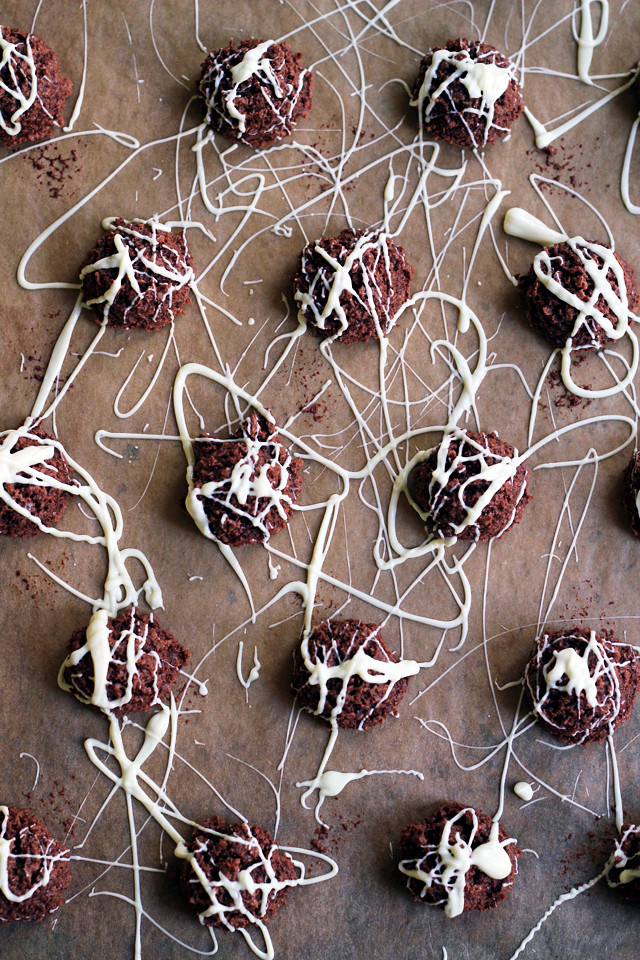