Juicy sweet blueberry vanilla cream hand pies with the flakiest of crusts and fruitiest of fillings. 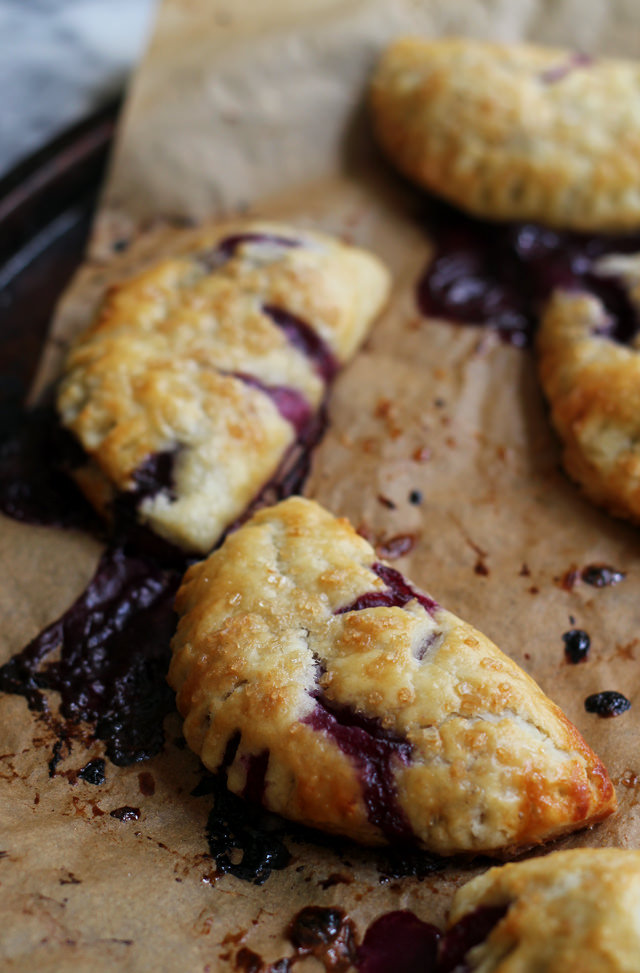 The other day I was waxing poetic about blueberries (we’re kind of having a moment) when the.boy interrupted me mid “Why Blueberries Are The Be-All And End-All of All Things And Why Don’t We Have Them At Every Meal?!?” rant and was like, “You are going to have the weirdest pregnancy cravings.”

The girl who never succumbs to any food impulses ever ever ever?! 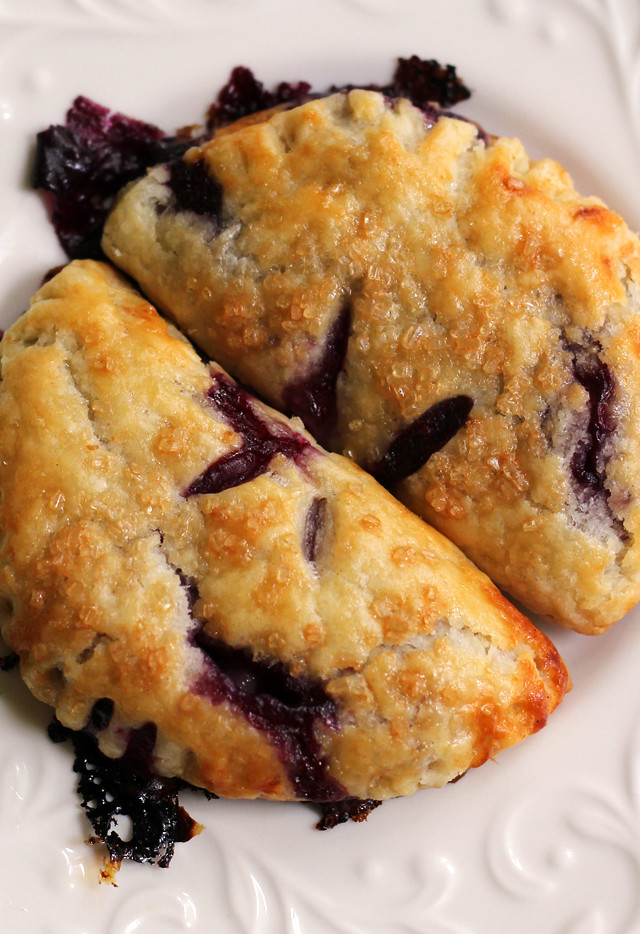 And then he continued with, “You are totally going to wake up in the middle of the night demanding that I go to the store for rhubarb. Or bulgur.”

To which I sighed and said, “Mmmm rhubaaarrrbbbb.” 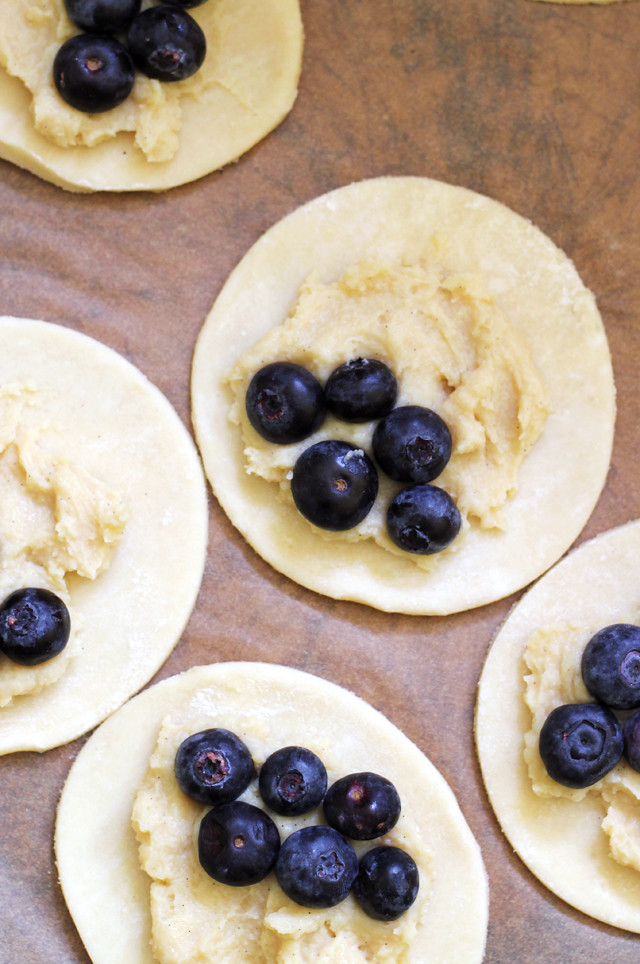 Hmm. Maybe he has a point. 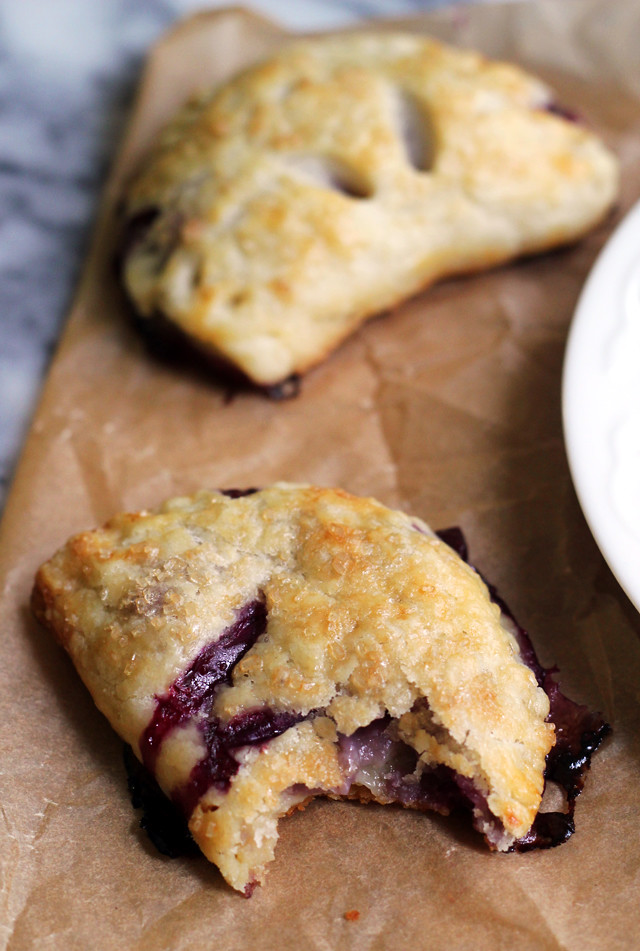 Speaking of pregnancy cravings…my friend Christina of Dessert For Two is having a baby girl!! In just a few weeks!!!!

So a few of her blog friends and I are throwing her a VIRTUAL BABY SHOWER to celebrate!! 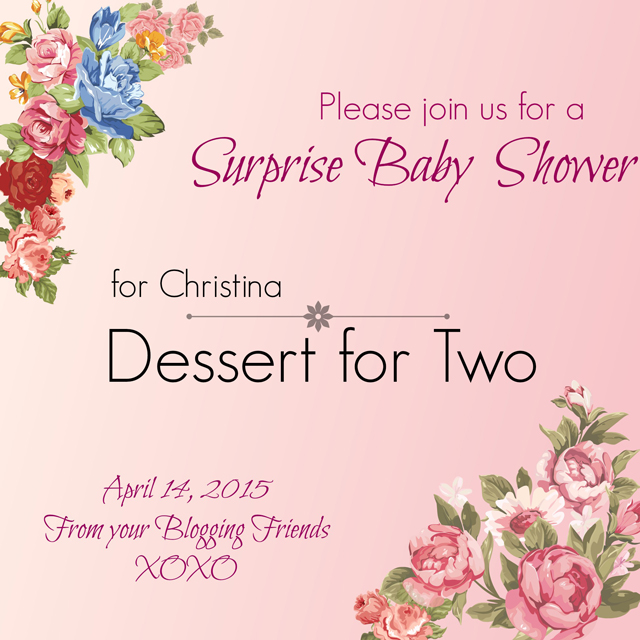 I had the honor of meeting Christina in real life a few years ago at a conference in California, though my first memory of her actually goes back a few weeks before that when she offered to let me and my friend Lauren stay with her the day before the conference so we could all hang out. Without ever having met us. Crazy, maybe, but that’s just the kind of person she is!! She’s sweet and adorable and will give you the shirt off her back if you need it, but she also tells it like it is and is really one of the most unabashedly herself people that I know. Which I love about her.

So, without further adieu, congrats Christina!!! You are going to be THE BEST MOM. That’s pretty much a fact.

Come see what everyone else made to celebrate!! 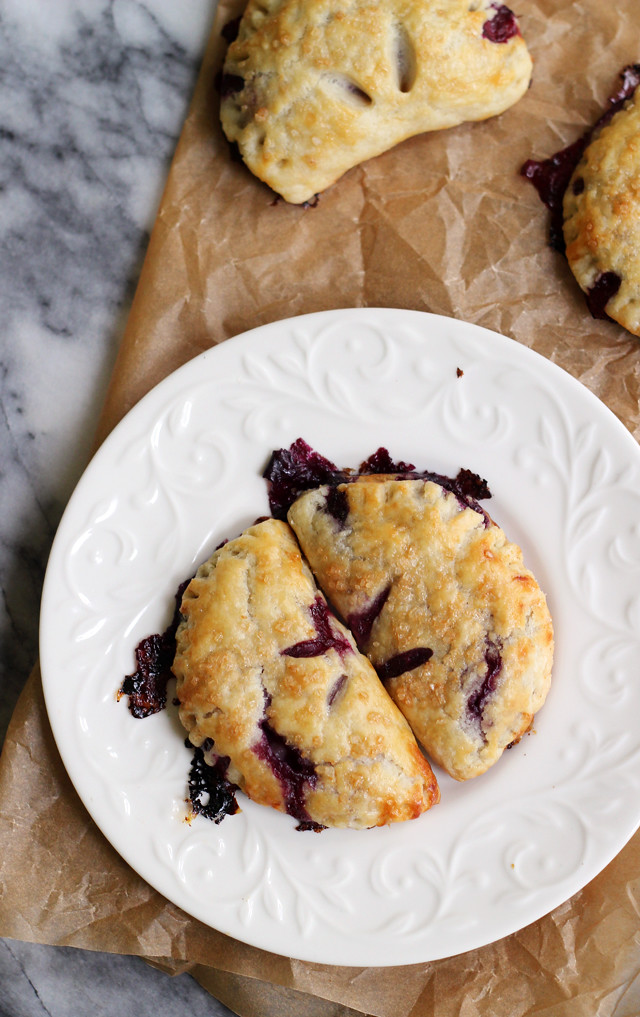 About these hand pies. 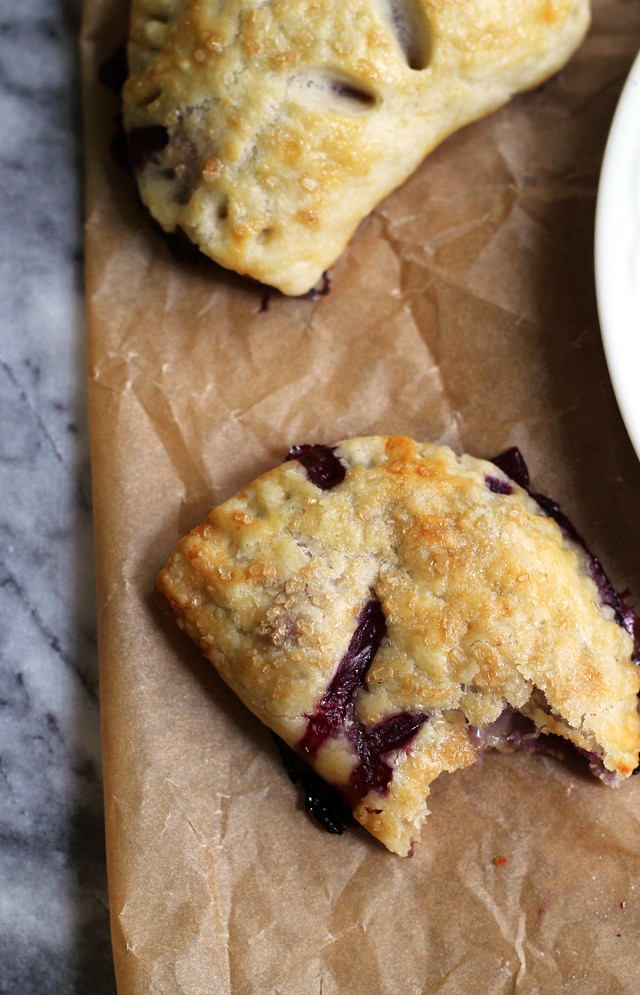 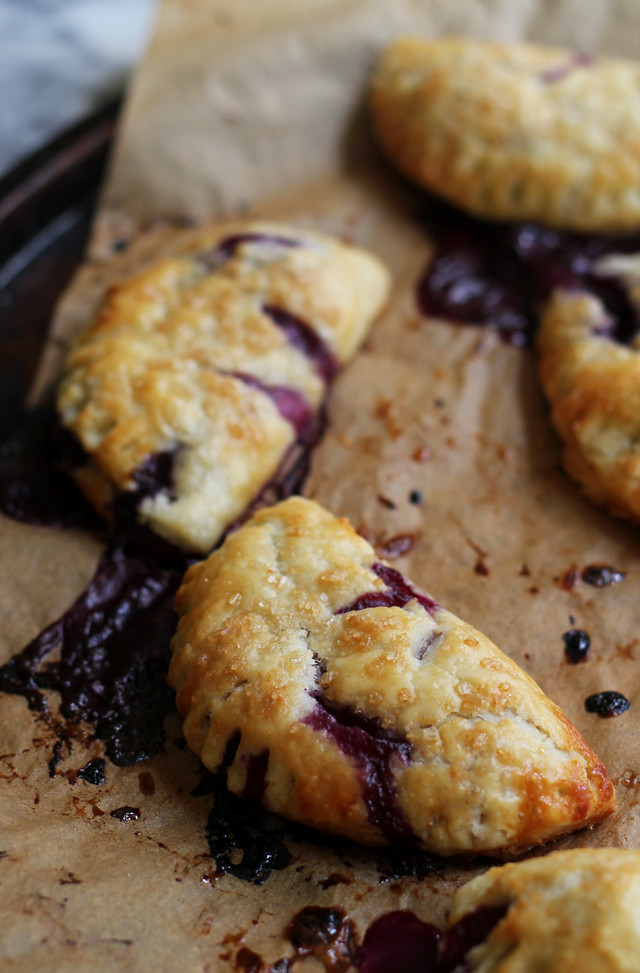 Print
Juicy sweet blueberry vanilla cream hand pies with the flakiest of crusts and fruitiest of fillings.
Yield: 15-16 hand pies
Ingredients
For the pie crust
For the vanilla cream
For the pie
Instructions
Notes
Recipe from Sweet 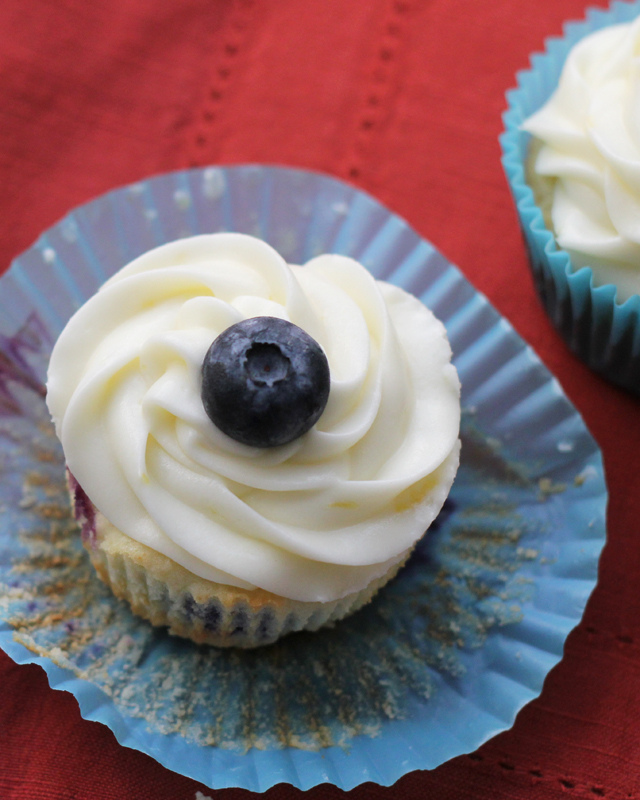 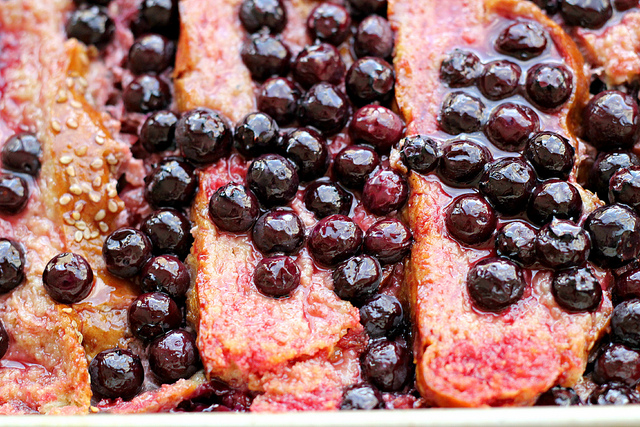 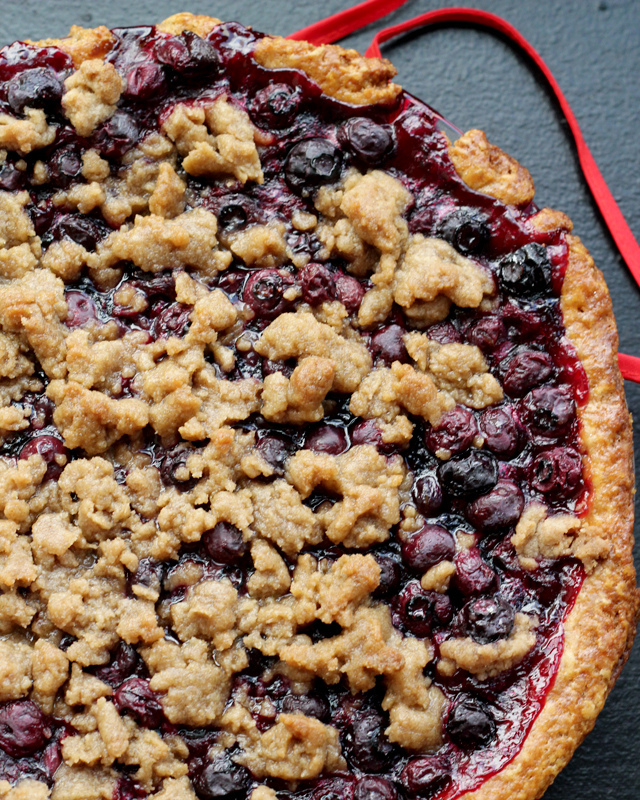 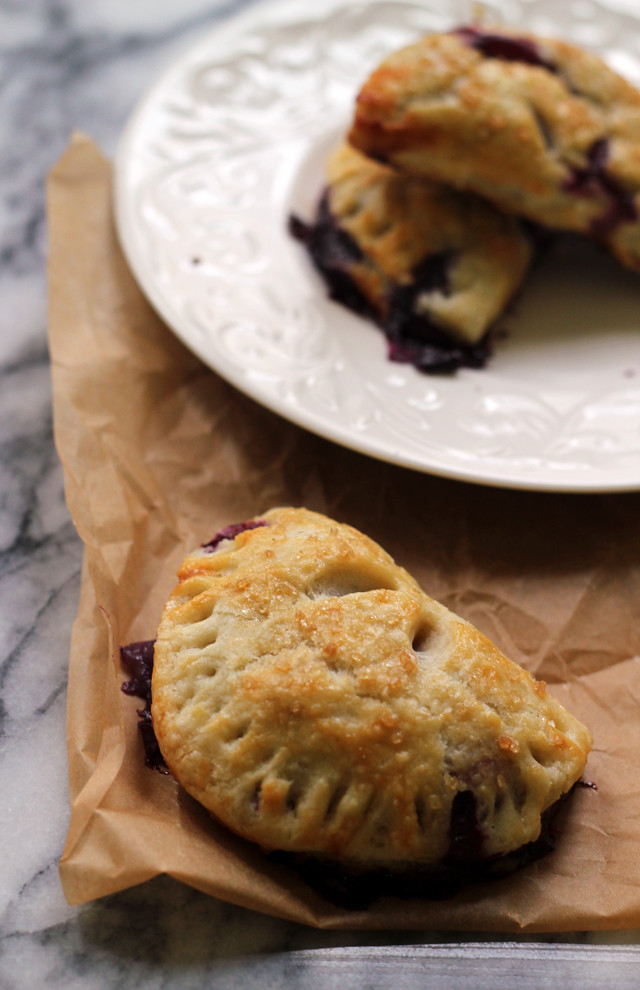