Crispy cauliflower and shells mac and cheese is a hearty pasta bake with bright, fresh flavors and lots of melted cheese. 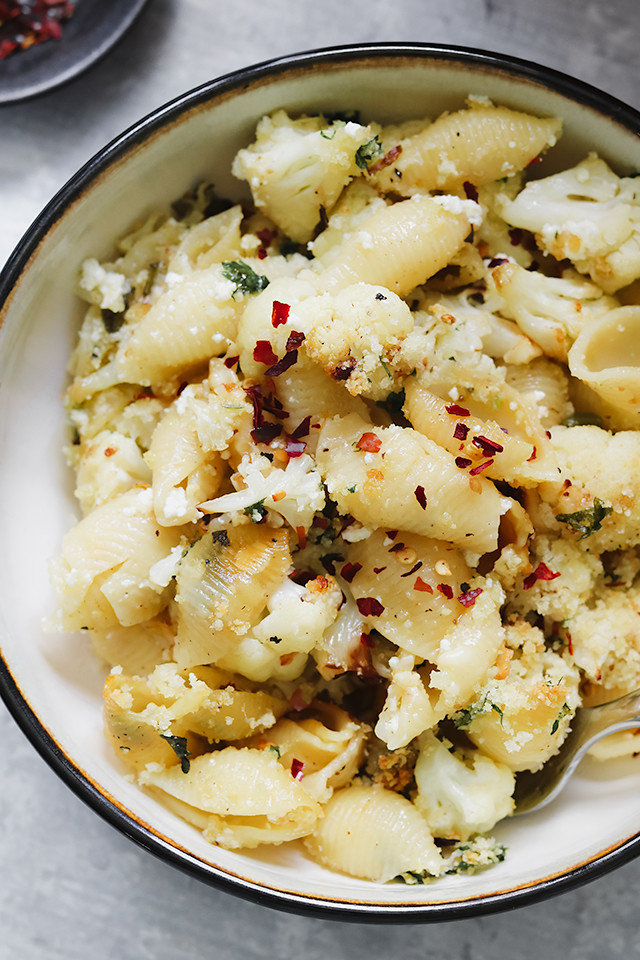 Weird stuff is happening around here, like for instance Remy just walked out of the room where I’m working, dragging her father with her, while telling him to “give mom some privacy to work” (if you’re a mom, you know how momentous this is when you haven’t peed by yourself in four years) but also last weekend she ATE A VEGETABLE and this cauliflower mac and cheese is wholeheartedly to thank for it. 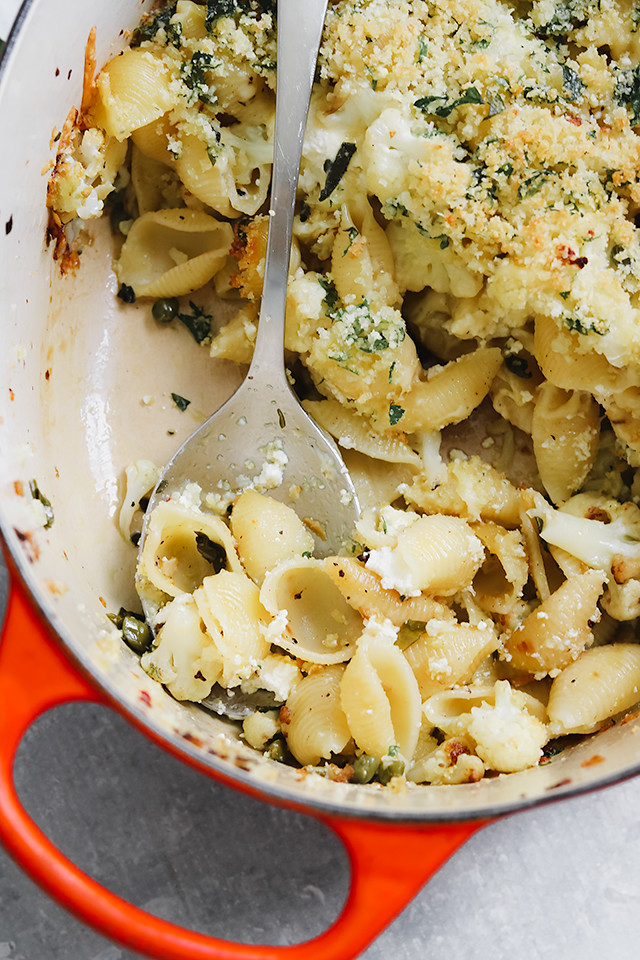 Mike thinks (/hopes?) that maybe quarantine has made her a better eater, but I think we all know what’s really going on here:

Ina Garten is just a recipe genius, and there’s not much else to it. 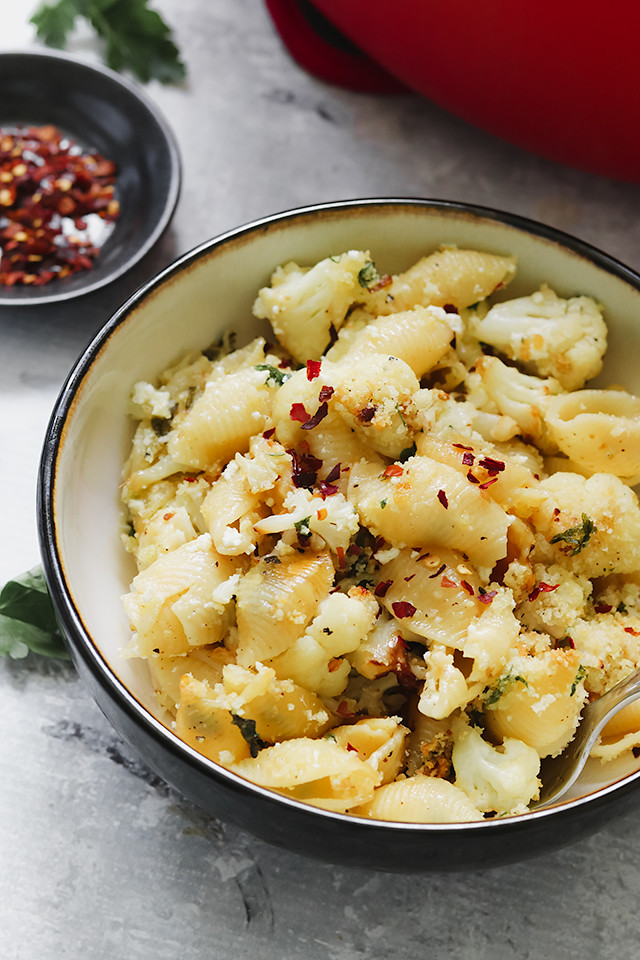 This recipe is from her Cooking For Jeffrey cookbook, and I think it may be one of the only recipes of hers I’ve ever made? That’s probably appalling coming from someone who’s written a food blog for 10+ years, but I’ve just always pictured her as more of a “meat and potatoes” kind of cook so I stayed away. Apparently the woman knows her way around some vegetables as well, WHO KNEW.

Before you dive into making this, I feel like I need to add the disclaimer that this is NOT mac and cheese as you traditionally know it. It’s filled with herbs and lemon and capers, a whole panoply of fresh flavors. And yes, there’s cheese(s) – three, for those who are counting – but it’s about so much more than that! There’s also a crispy panko crust, oh AND THE CAULIFLOWER, which is browned in oil on the stovetop while the pasta cooks. The nice thing about the cauli florets is that they’re kind of the same color and size as the pasta so they accidentally make their way into unassuming toddler’s mouths before they realize anything is amiss and then, hey they’re eating vegetables before they even know what’s hit them. 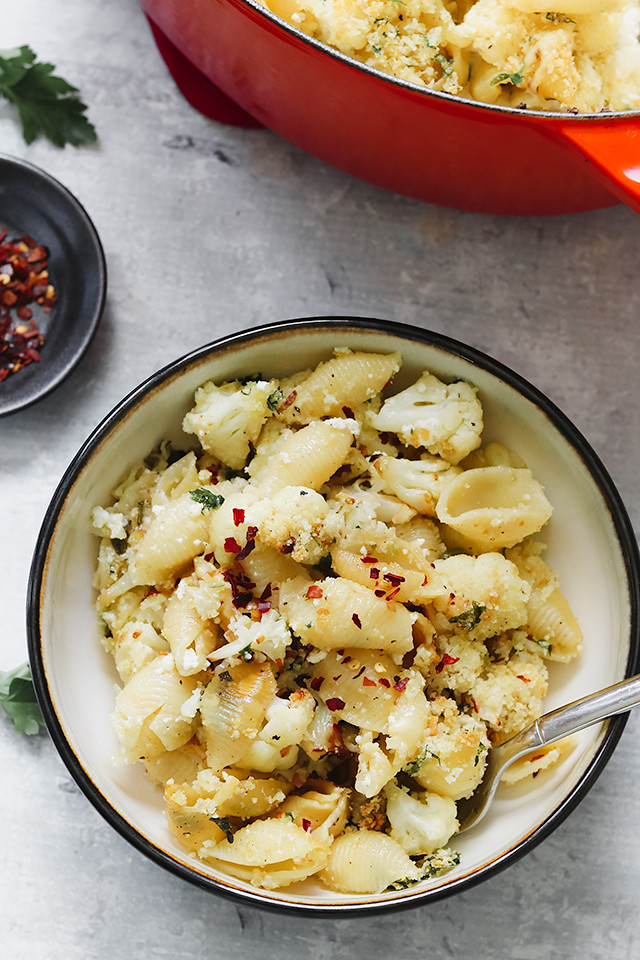 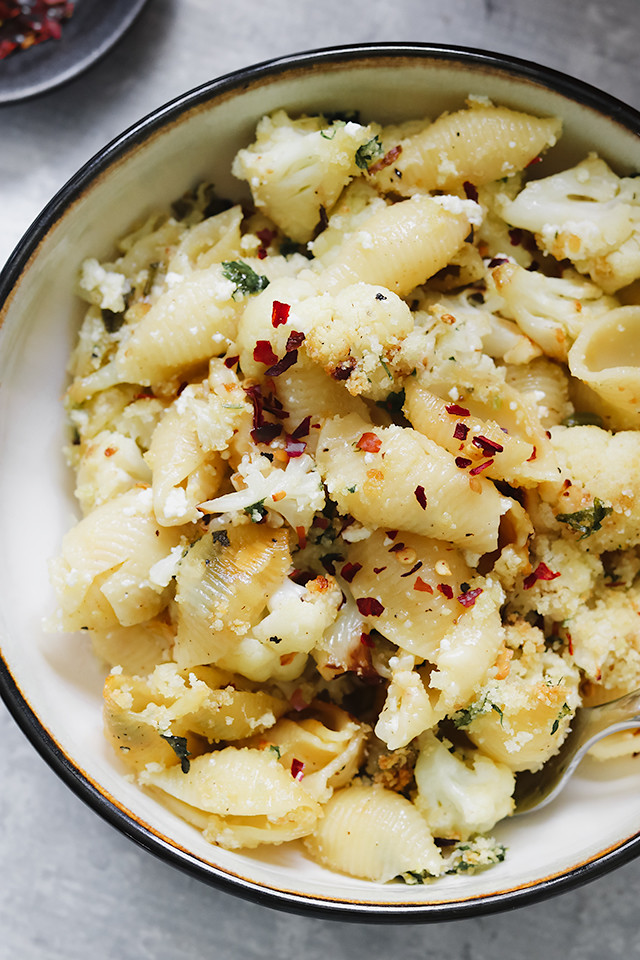 2 Responses to Crispy Cauliflower and Shells Mac and Cheese