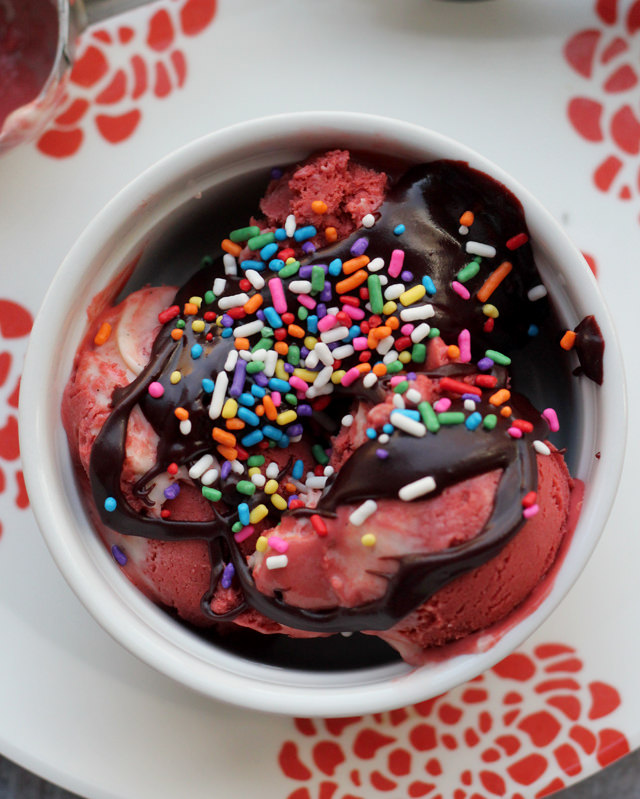 So after tasting last week’s red velvet cake, The.Boy was all like, “it’s good but it doesn’t have enough cinnamon.”

To which my response was to try to take a blood sample from him so I could test it for psychotropic drug use.

(He did not cooperate, FYI.) 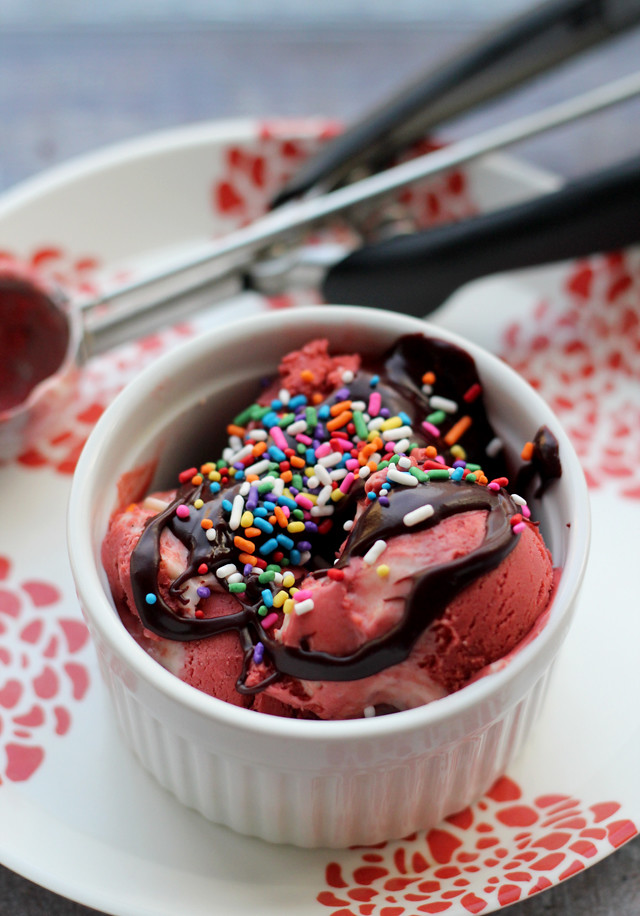 But, come on now. I’m not the crazy one here.

Cinnamon in red velvet is NOT a thing. Am I right? 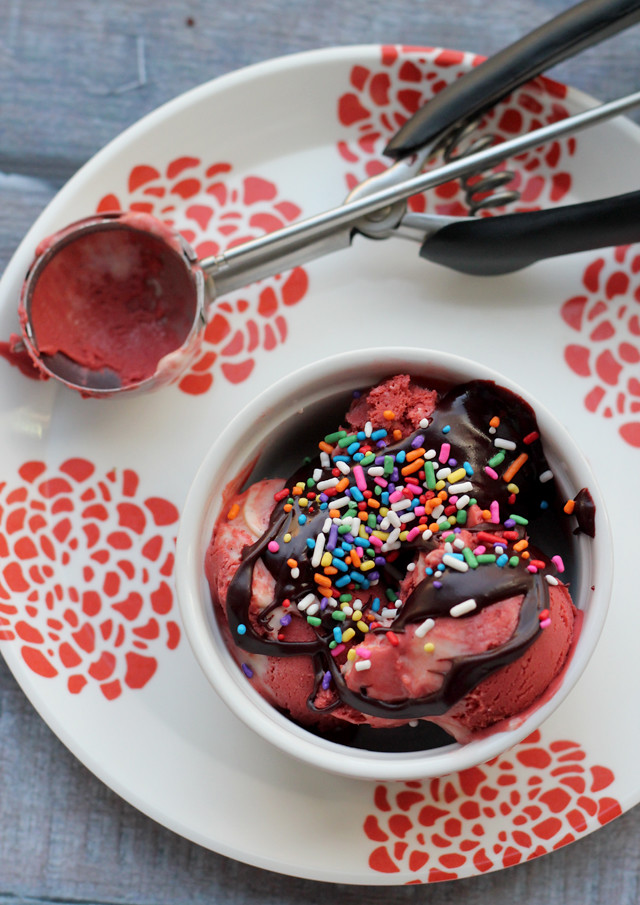 But red velvet ice cream filled with swirls of cream cheese frosting and covered in a thick decadent (slightly tangy!) red velvet hot fudge sauce, on the other hand?

That is a thing.

A thing you need your Valentine’s day meals to comprise of. Like, all of them. Breakfast, morning snack, lunch, afternoon snack, dinner, after-dinner snack. And dessert.

And because I’m nice, I even threw some cinnamon in for good measure.

Along with sprinkles. Because, eat the rainbow. Always. 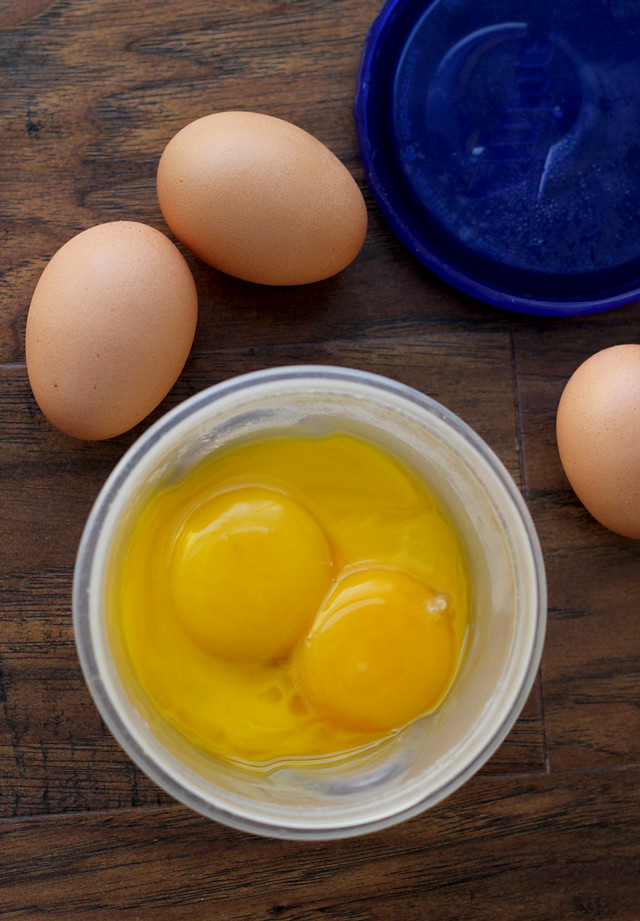 You should know that while the red velvet ice cream with cream cheese swirl is good on it’s own, it’s really the red velvet hot fudge that takes it into WHOA zone.

(Some might call it “overkill”, I call it WHOA zone.)

It’s just the right bit of tangy from the buttermilk to replicate that red velvet flavor while simultaneously keeping the whole thing from being too rich.

And it’s CHOCOLATE. Which is always a good thing.

You really have to make sure you use good quality chocolate, though, because if you skimp a little it will melt into a grainy mess. For this, I went with Ghirardelli 60% Cacao chocolate baking chips, which are made with high quality ingredients so that they melt into smooth luscious liquid gold.

Just look at that sauce. It speaks for itself. 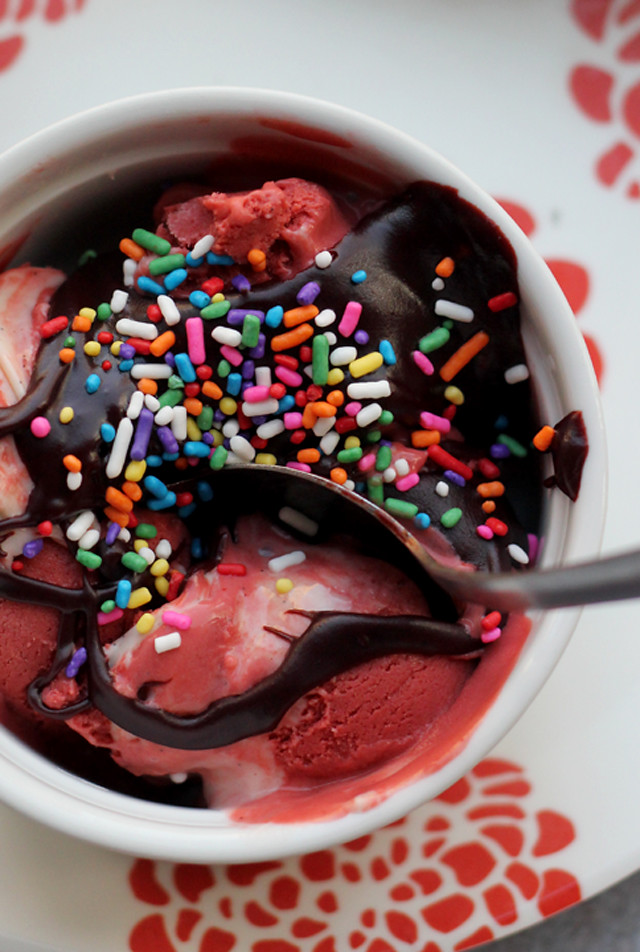 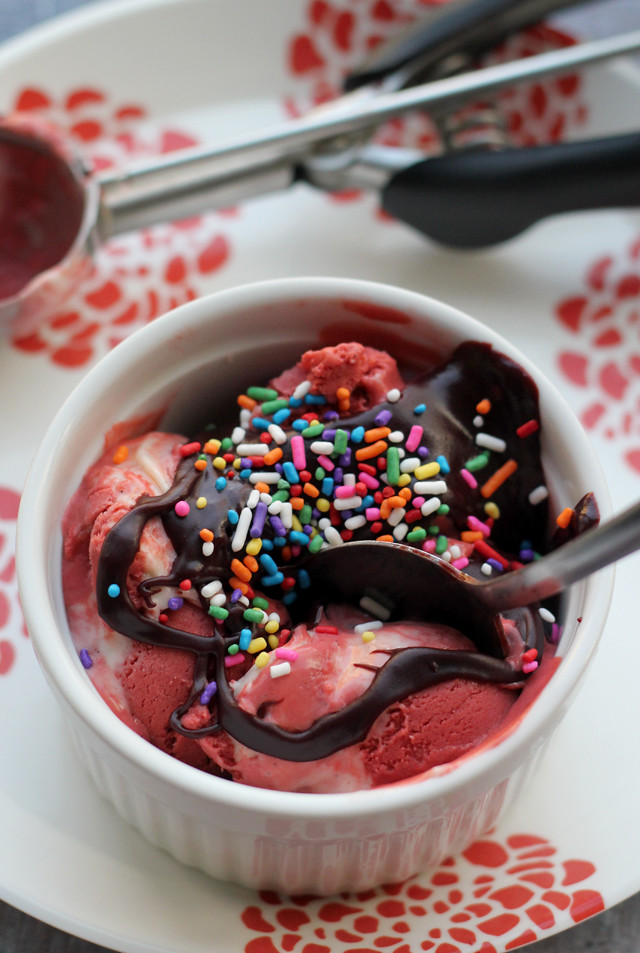