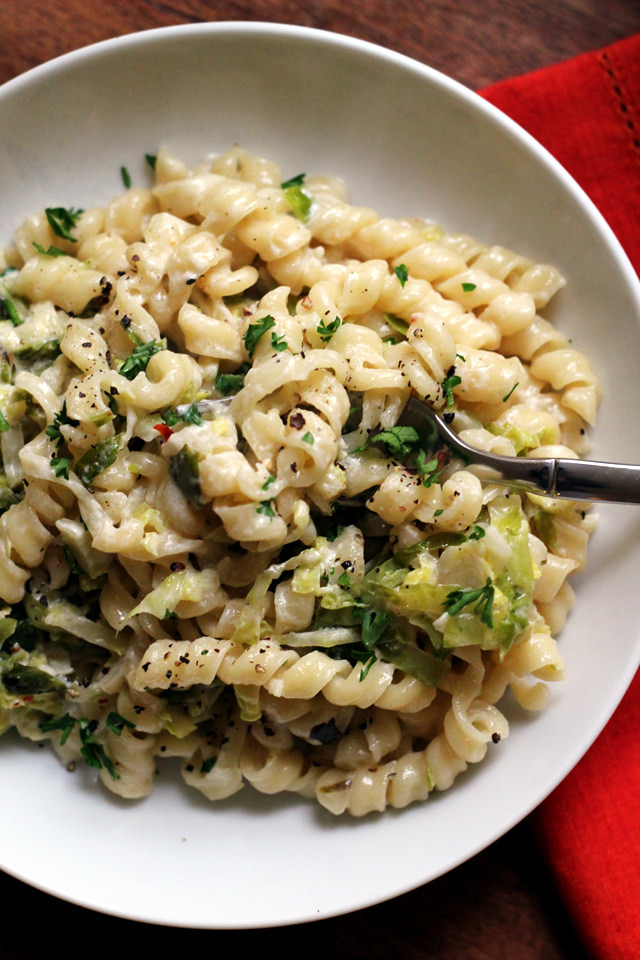 While everyone else was making things that make you go ahhhhh on Valentine’s Day…I was making Brussels sprouts.

The harbingers of love! romance! passion! 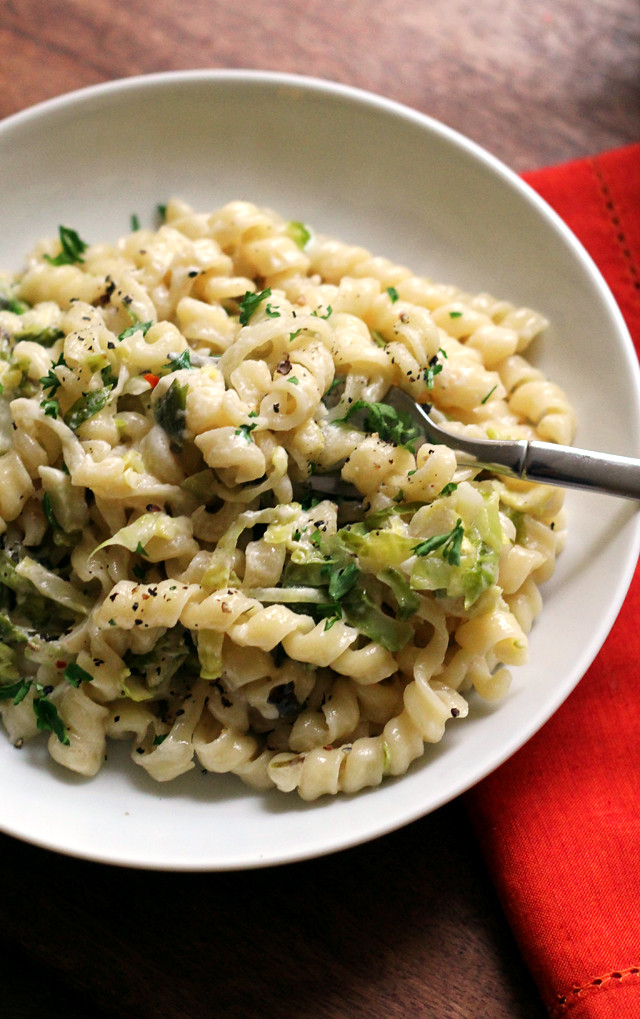 Or, you know, the harbingers of a grumpy husband who is irritated that you’re forcing him to eat his very least favorite vegetable on the Day of Love.

In my defense…it was for his own good. 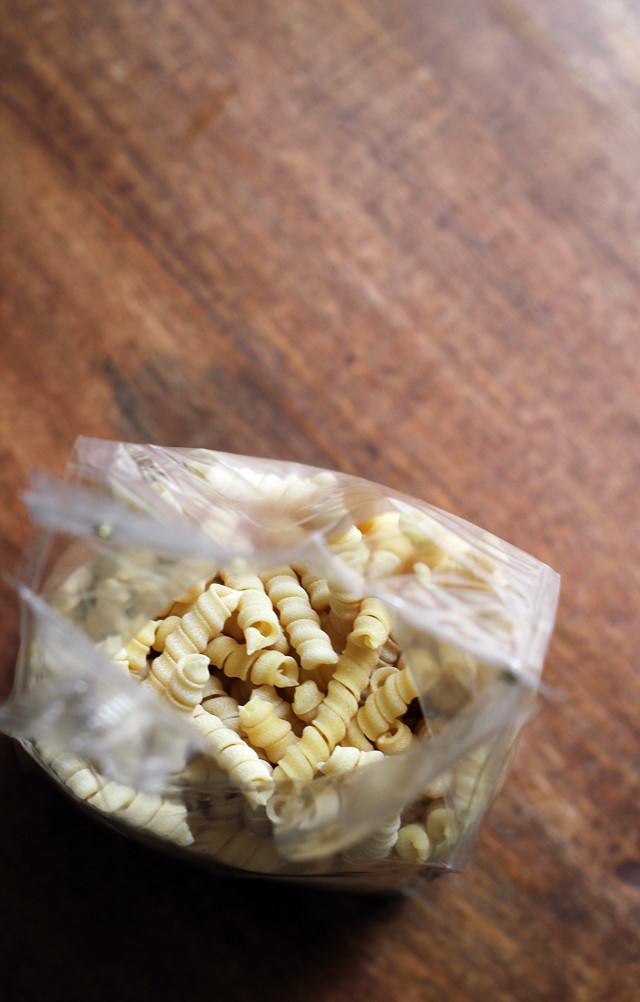 Also in my defense, he lost one hand from my  ONLY pair of gloves in the laundry yesterday, so we can’t feel too bad for him.

The way I see it is he got what was coming for him…a month early. 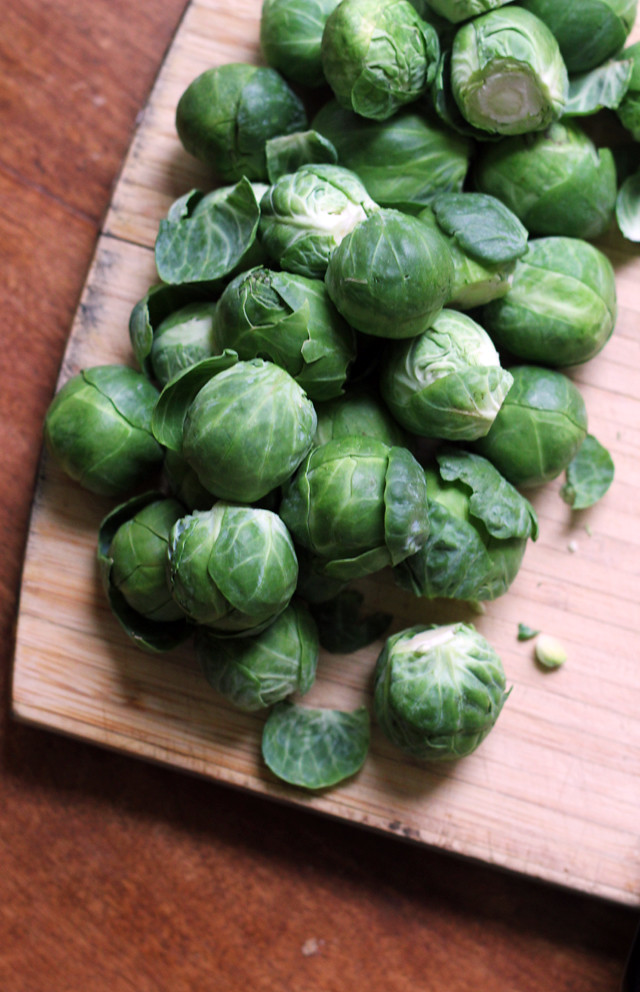 Also also in my defense, Brussels sprouts are NOT PUNISHMENT!

They are fabulous, and especially so when they are cut up into the skinniest of slivers, sauteed until barely caramelized and then soaked in a creamiest of cream sauces that is comprised of all good things, but namely mascarpone, goat cheese, and heavy cream. My goodness.

Oh, and did I mention the pound of pasta that gets all tossed up in there?

It’s about to get hott in here. 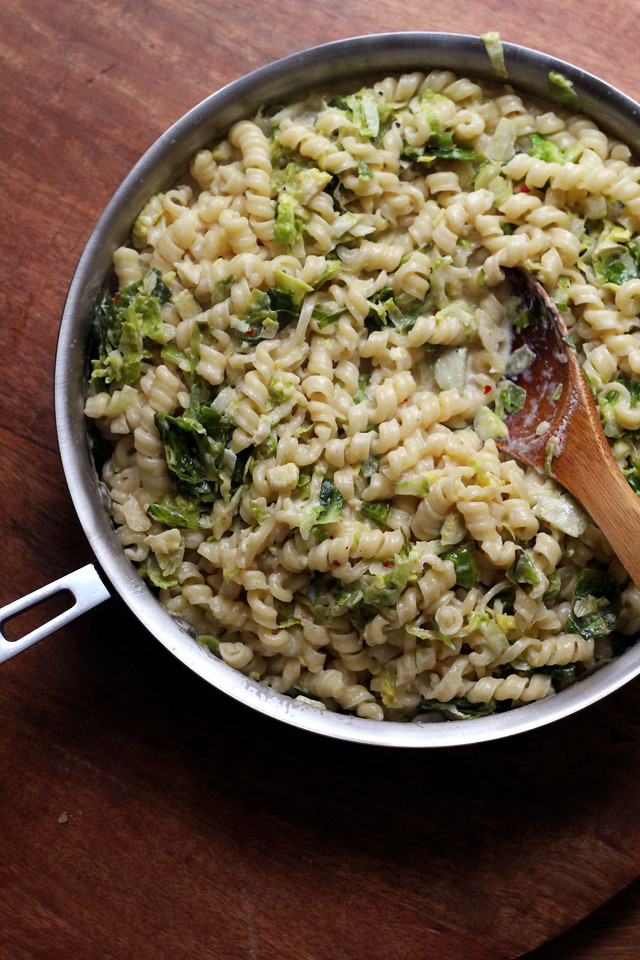 I considered holding off on sharing this until next year, when spring wasn’t about to knock on our door, but then I realized this beyond decadence might be our last hurrah before we have to start considering the nightmares formerly known as “bathing suits” as viable outerwear, – a proposition that I refuse to entertain on an empty stomach.

So, lemony cheesy brussels sprouty pasta for everyone!! If we’re going to “last chance meal”it, we are going to do it right. 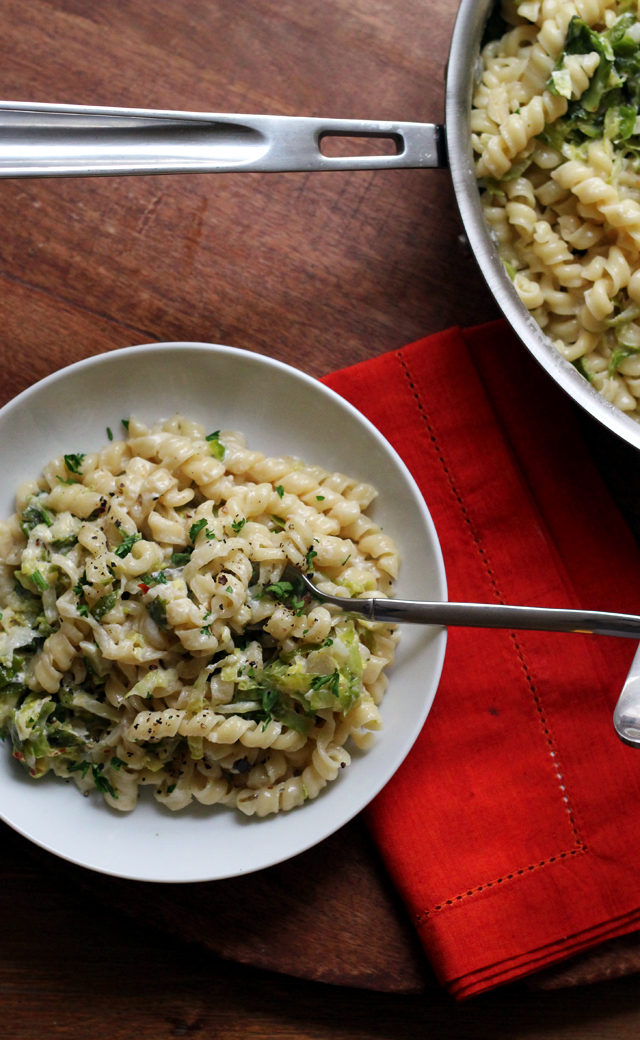 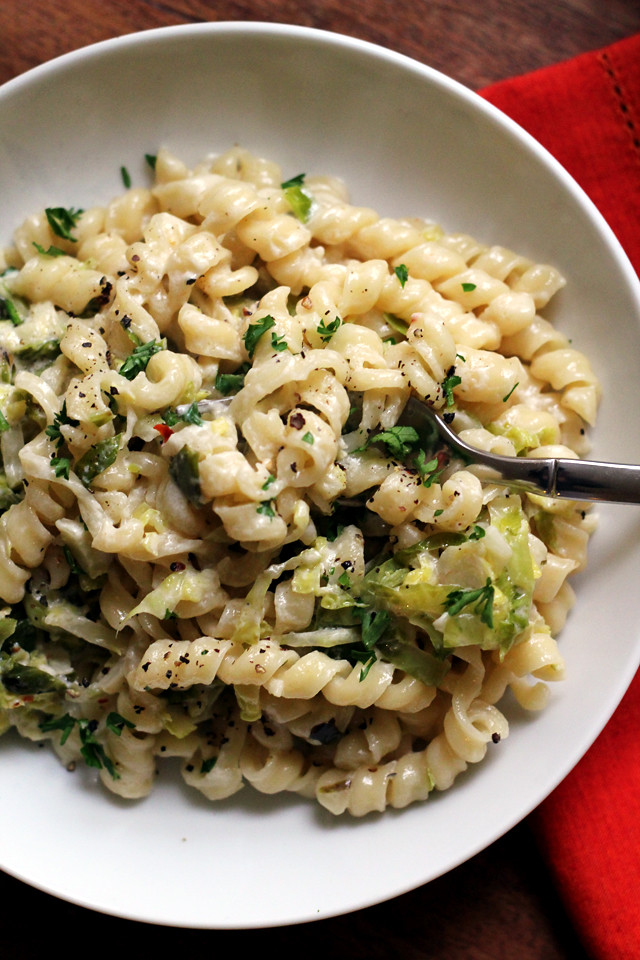 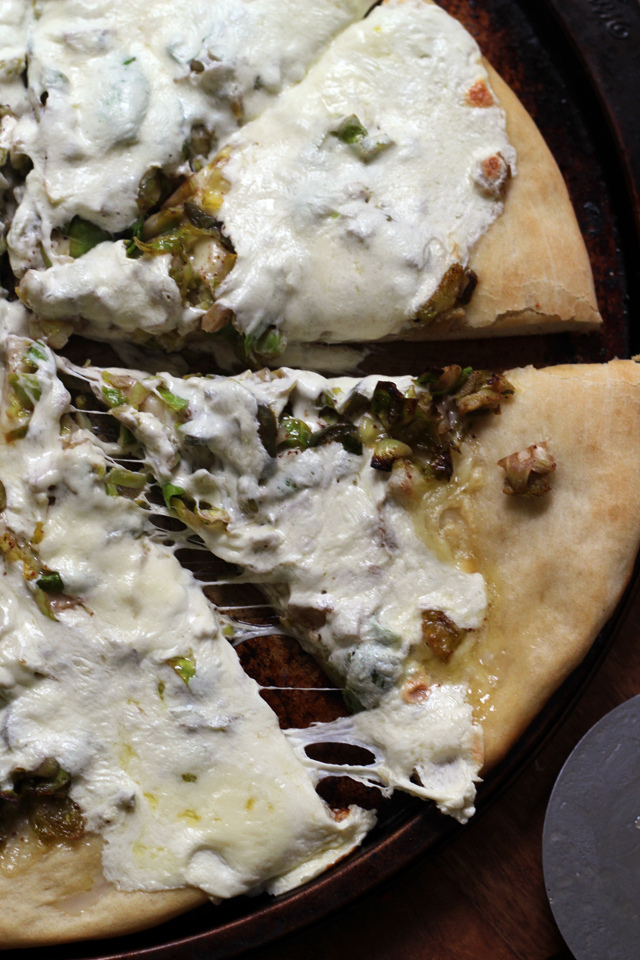 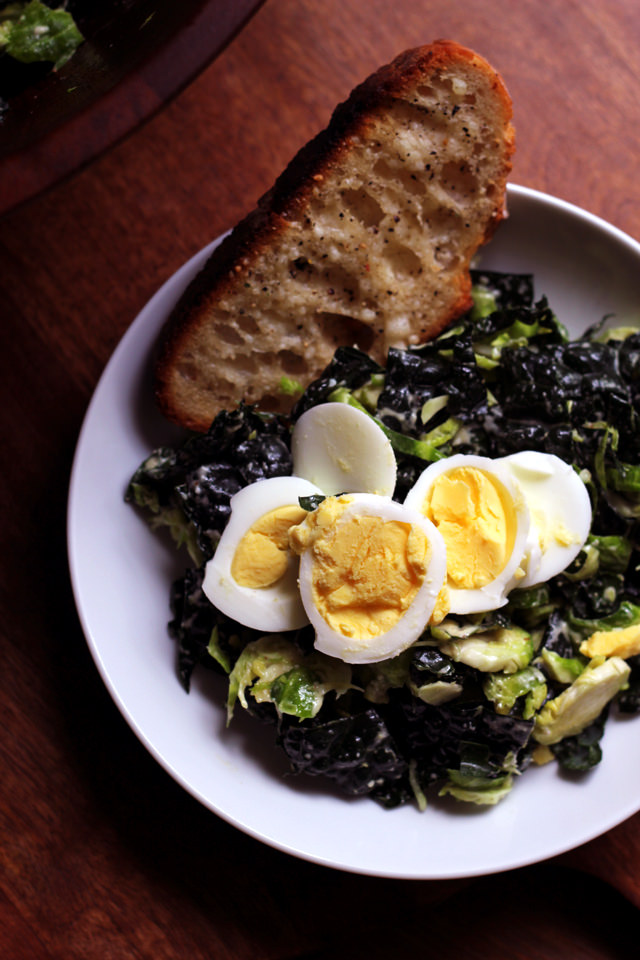 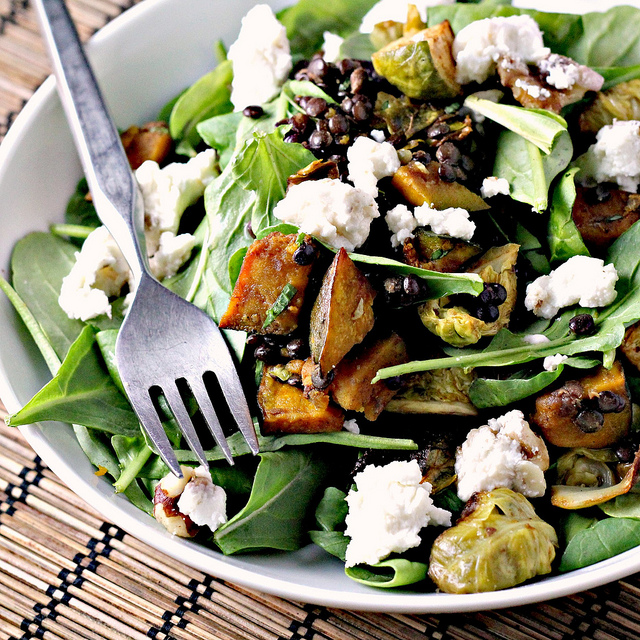 Balsamic Brussels Sprouts Grilled Cheese from How Sweet It Is 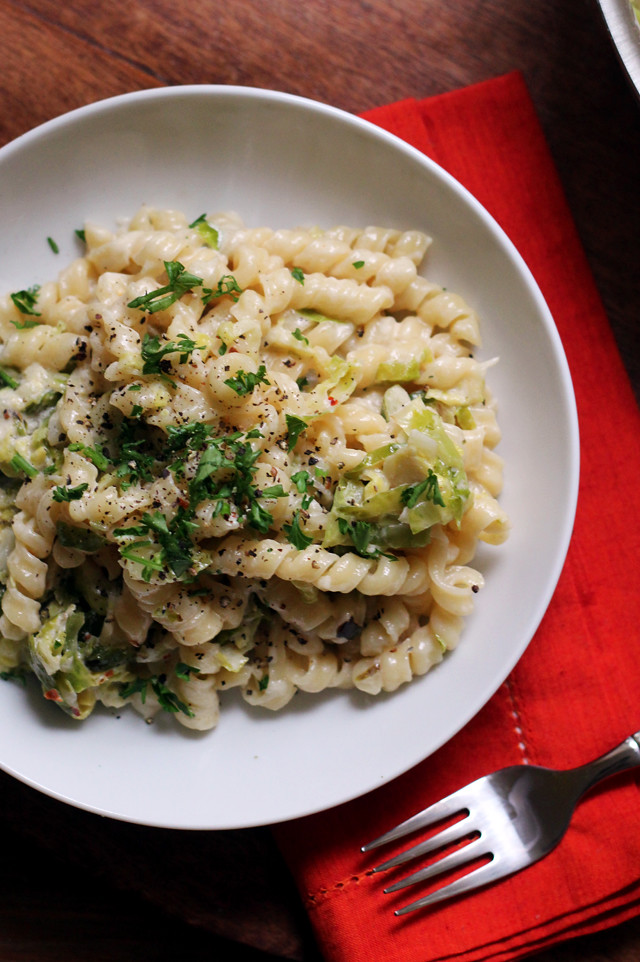