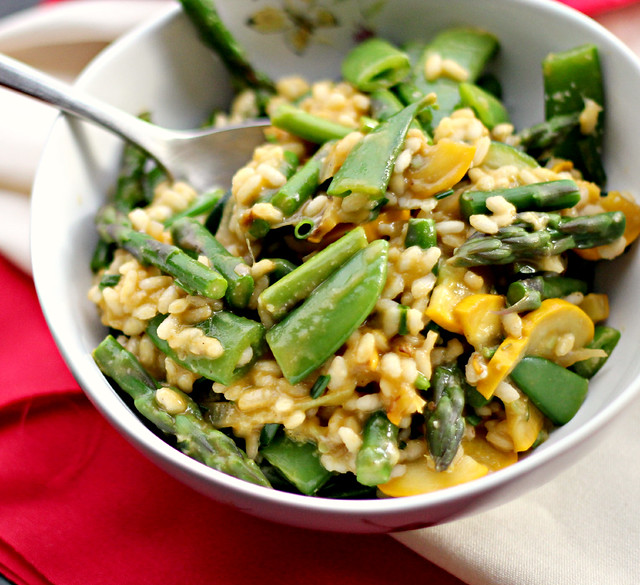 The.Boy. is still getting used to this whole “dating a vegetarian” thing.

The other day he informed me that if he were a vegetarian, he would eat fish every day. 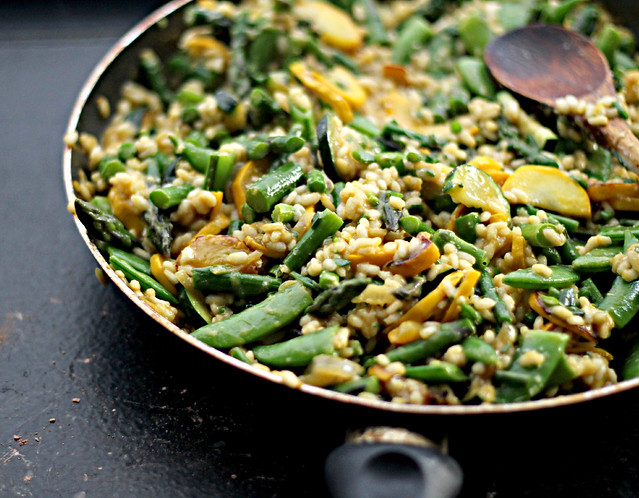 Granted, he’s referring to the fact that I will eat fish on increasingly rare occasions.  (Like…. .01 percent of the time. Mostly sushi.  Mostly doused in soy sauce and wasabi and pickled ginger.)

I gave him a “did you really just say that?!?” look of shock. 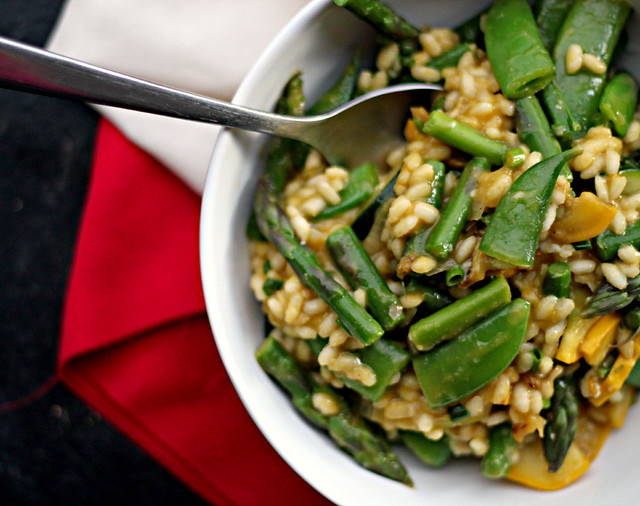 Then there was Saturday when he plucked a package of tempeh bacon out of his fridge and said, “Do you want this disgusting thing back?”

Never mind that he had eaten a bowl of pasta that was chock full of it just a week before.  And.Liked.It.  (A fact that I very persistently reminded him of, don’t you worry.) 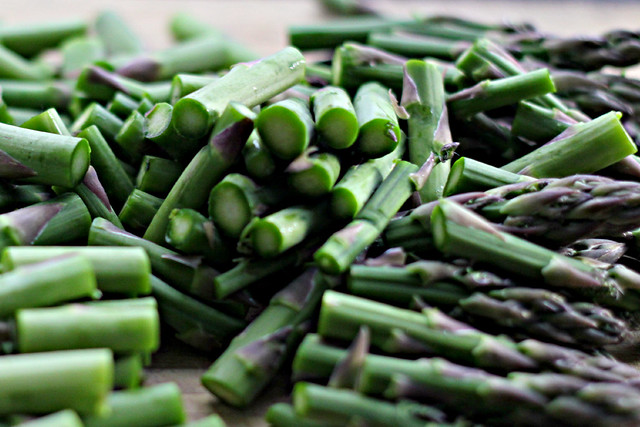 All that being said, he really is very good about not questioning what I put in front of him (that’s how I tricked got him to eat the tempeh bacon in the first place).  And just diving in fork-first.

Hence why, the second time I cooked for him EVER.  I made risotto.

We had stayed at his place and it was a spur-of-the-moment lunch decision.  Risotto, at least to me, is easy.  It doesn’t really require a recipe and uses minimal cooking equipment (I think he had a pot and a few butter knives.  I’ve since equipped him with a few of my extra cooking implements.)

Not a big deal, right?

Somewhere in the back of mind, I think I knew this about him, but I just didn’t put the two together.  And he didn’t remind me either.

Not when I told him what I was making.

Not when we went to the grocery store and I put a big box of arborio rice into the shopping cart.

Not when I dumped the whole box into his (only) pot and started stirring away.

Now, if this were my brother or father, they would have spent the entire time informing me that I was trying to murder them by feeding them their less-than-favorite ingredients.  Not The.Boy.

I think it finally dawned on me just as he was about to take his first bite and when I asked him (in horror) why he hadn’t said anything, he just replied, “I knew if you were making it that it would taste good.”

This recipe isn’t exactly the one I served him that day…but it’s close.  At the least, the gist of it is the same.  Tons of veggies with a hint of lemon and lots of creamy melt-in-your-mouth rice.

Even the rice-haters in your life will go back for seconds. Pinky swear. 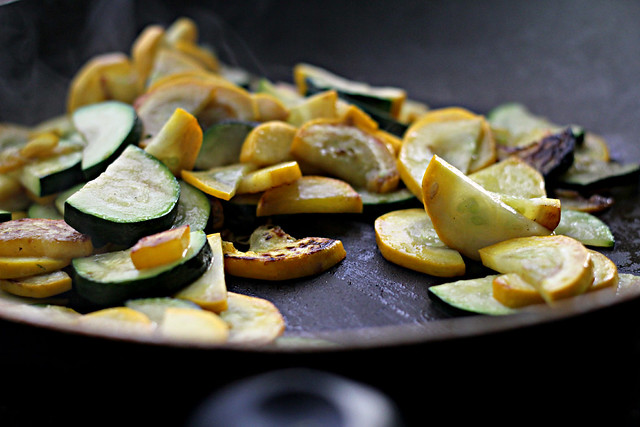 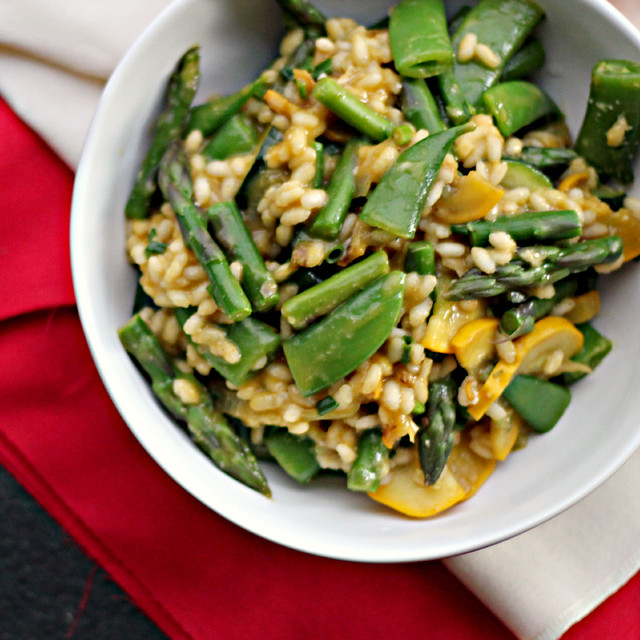