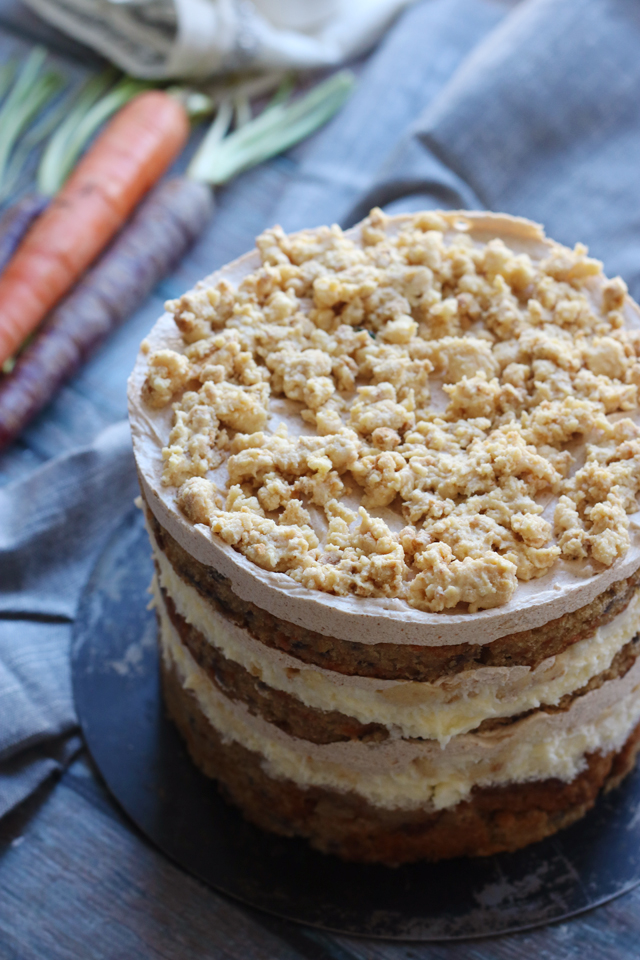 (a) take up your entire weekend

(b) have you use literally every mixing bowl in your arsenal

and/or (c) BLOW YOUR TASTE BUDS OFF WITH ITS SHEER AWESOMENESS. 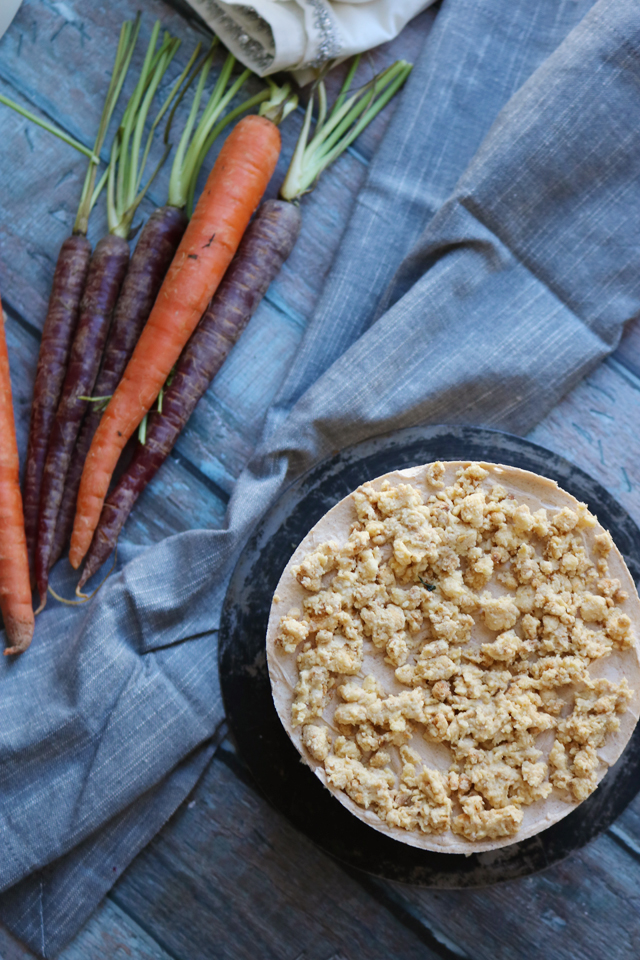 I’m not saying I’ll never make another carrot cake again because, let’s be real, I really love carrot cake but don’t often have large blocks of time to devote to recipes with four subrecipes, buuuuuuuuuuutttttttt I will probably spend every future carrot cake bite wishing I were eating this carrot cake.

This carrot layer cake is my first venture into the realm of Christina Tosi-style multi-layer naked cakes but I think it’s safe to say we can all rest assured that it won’t be my last. Truth be told, it was actually SO MUCH EASIER than I thought it would be! I started it pretty late in the day on Saturday, yet still managed to get all of the (MANY) components made/cooled/assembled and into the fridge by a reasonable hour on Saturday night so that it would be ready to be eaten on Sunday.

And, not to toot my own horn, but it looked pretty dang good. Those acetate strips, man. They’re better than airbrushing. 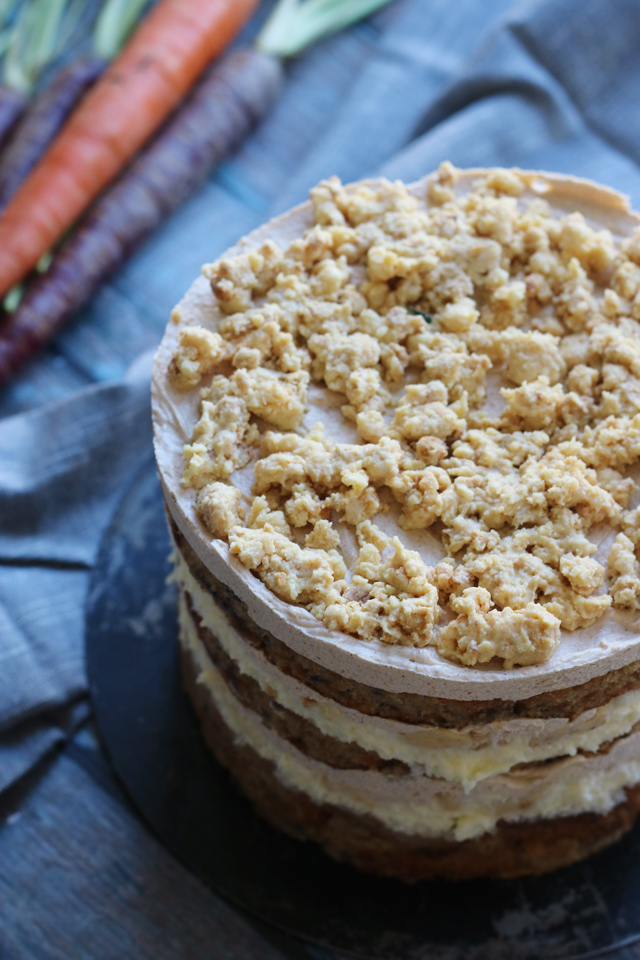 Milk Bar cakes generally follow the formula of layering a cake with some kind of soak (straight up milk in this case), a cream or curd, a crumb for crunch, and a frosting. Then repeat for two more layers and a top coat. As a result, a lot of heavy lifting goes into the making of the various components. Many of them can be made ahead of time, however, so you can totally NOT BE LIKE ME and drive yourself crazy trying to make them all in one night. The layering is actually the easy part because the cake is assembled in a cake pan/acetate mold so you really can’t mess it up or go wrong.

Each bite is truly a mouthful, but in the absolute best way given how well the various components pair together. I say make it at your own risk because, yes, it will be time consuming, but it will also probably be one of the best carrot cakes you’ve ever had. So – worth it.