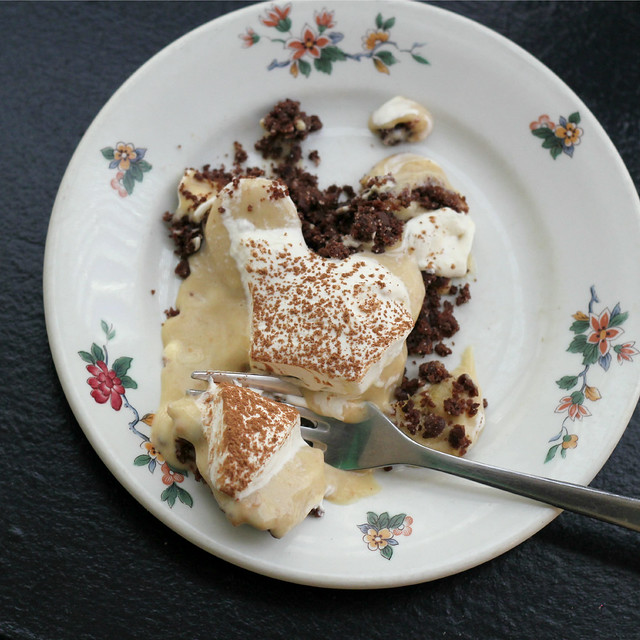 You know how they say that after a while dogs start to look like their owners (or vice versa…but the former is much more tactful/politically correct)? 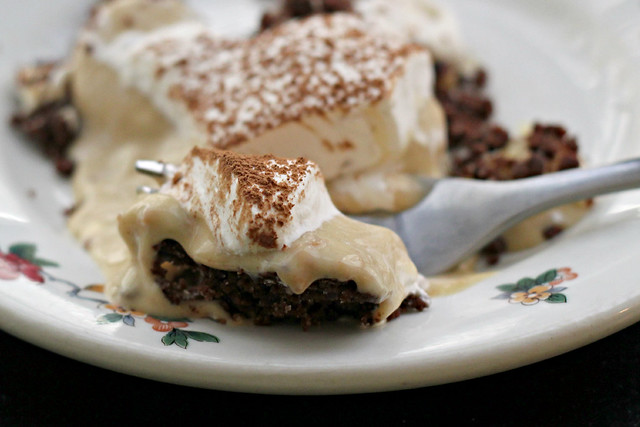 And if this pie was any indication in the way it deconstructed itself upon any and all attempts to scoop it out of the pan…I think we can infer that it’s momma was a bit frazzled while making it.

With a “a bit” being an understatement.  It was much more like full blown. 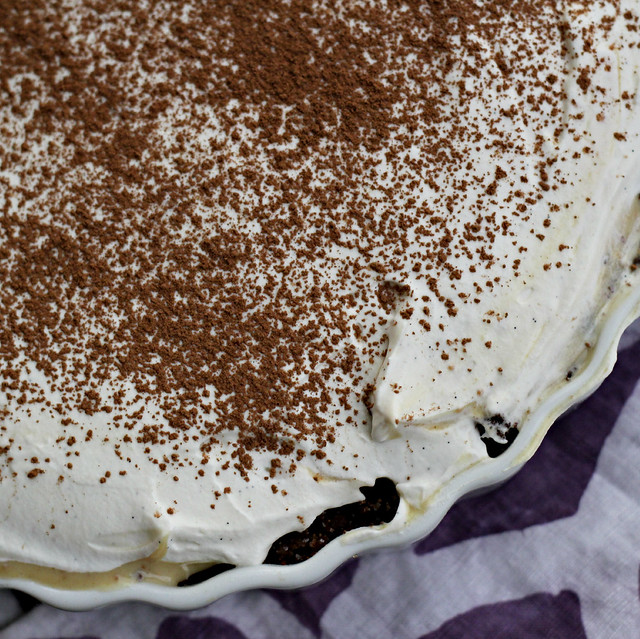 You see, I had originally set out to make the banana butterscotch cream pie from David Lebovitz’s Ready For Dessert but after two failed butterscotch-making attempts, which left my house smelling like burnt brown sugar and my spirits broken, I decided that that was not quite going to work.

Plus I had run out of brown sugar and was about to run out of butter so if that third time wasn’t a charm we were really going to be in disaster mode.

So there I was with a sink full of hardened burnt brown sugar caramel-crusted pots and pans and a rapidly diminishing supply of ingredients, asking myself….

What ingredient that I always have in the house in overabundance also goes oh so perfectly with bananas and chocolate? 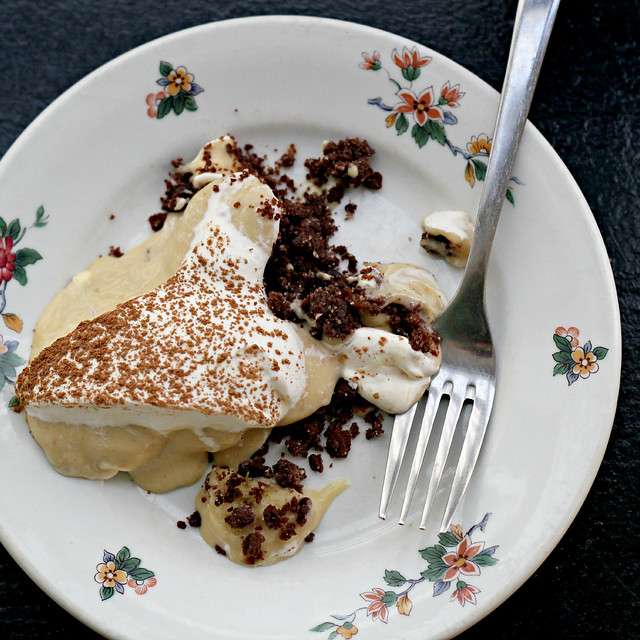 I think we all know where this is going. Peanut butter – saving pies and taking names since the time of the Aztecs.

So I whipped up a peanut butter-infused pastry cream and voila – problem solved. I’m afraid that in my discombobulation, however, I may have not let it thicken up enough, hence the oozing seen above.

But I just told people it was kind of like pudding.  And after one bite…they didn’t notice or care. They just kept eating. 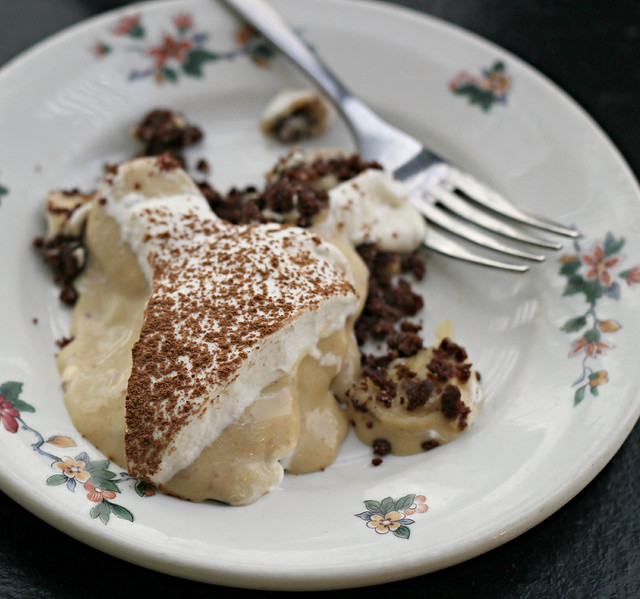 For the peanut butter pastry cream: 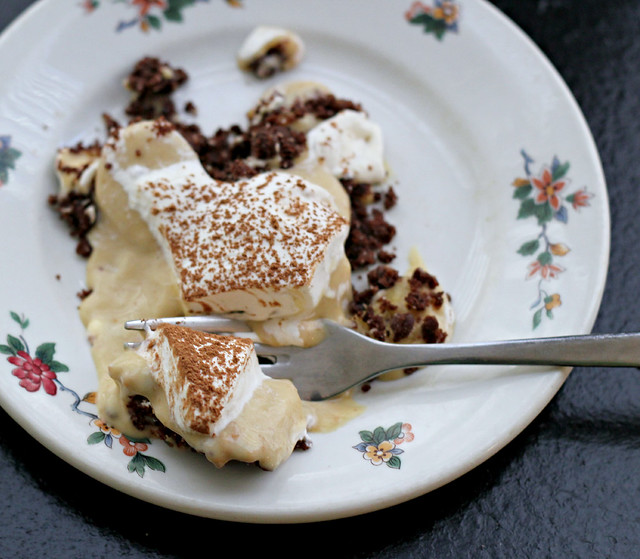