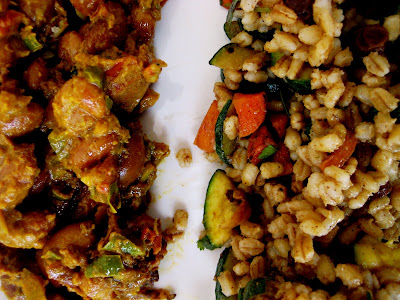 Forget Atkins. Throw away your grapefruits (or, you know. Donate them to the Joanne Loves Grapefruit Fund. We are currently accept monetary donations as well. US currency only. Thanks.) Pour that broth down the drain. 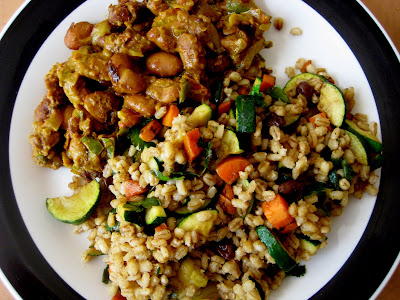 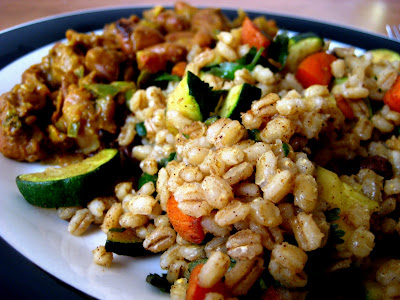 But the conception of this diet plan has little to do with either my or Sophie’s eating habits. And everything to do with Adam’s.

The three of us were sitting around my kitchen table the other day. Eating some dessert or another that I had made. And somehow this very subject came up. I think we started talking about intuitive eating and how part of the reason Adam was so thin was that he ate until he was full and then stopped. With no regrets or compulsion to finish what was on his plate and then some (a skill that I aspire to attain).

So then he posited. “I wonder what the upper limit of my metabolism is. Like. How much I would have to eat to gain any weight?” 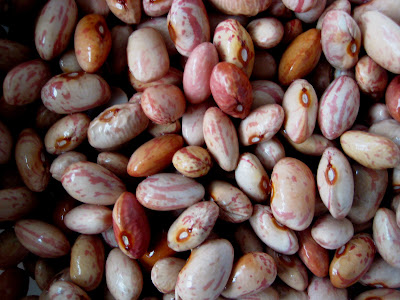 Sophie and I looked at each other. The inner research scientists in us bursting forth. Sparks flew.

And that was when it all began. We put Adam on. The Peanut Butter For Life Diet. The deal is that he has to have a scoop of peanut butter before every meal. We figure that will amount to about 600 extra calories a day.

Unless you do what he did yesterday, which was to eat a seventh of the jar of peanut butter before every meal. He’s really in it to win it.

Sophie and I looked at him in amazement as he shoveled spoonful after spoonful into his mouth. And proceeded to moan in delight with each lick of the spoon.

Actually. We almost pummeled him. With jealousy. It’s a rough life. Being forced to each peanut butter. In the name of research. But someone’s gotta do it. 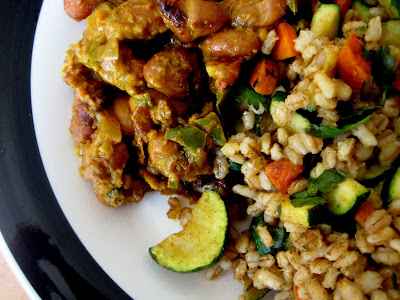 So there you have it. The PB For Life Diet. The next big thing in weight control. Maybe. At least if you have the metabolism of a crack addict.

Disclaimer: This diet is not for everyone. Please see your doctor before undertaking any new diet and exercise regimen. 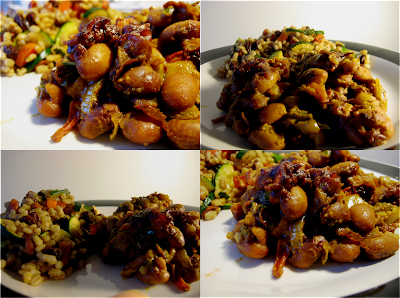 In the spirit of our little experiment (and so Sophie and I wouldn’t feel quite so left out) I knew that whipping up something with peanut butter was in order. When I came across this recipe for Nigerian Baked Beans on Lisa’s Kitchen, which called for not only peanut butter, but curry and a whole slew of other spices? I decided it was too serendipitous for me not to make it. And then to go with it? Spiced Carrot and Zucchini Barley from Bon Appetit’s Fast/Easy/Fresh (it was originally quinoa. But I ran out. Somehow.) The intense flavor and spiciness of the baked beans was balanced so nicely by the cinnamon-infused barley, which did really well to cool my palate after it was set on fire. (Or at least felt like it.) This is possibly one of the best meals that I have made so far this year. I am submitting the beans to this month’s My Legume Love Affair, which is being hosted by Ruchika of Ruchika Cooks. The spiced carrot and zucchini barley is going to this week’s Weekend Herb Blogging, hosted by Haalo of Cook (Almost) Anything.

1. Soak the beans overnight in water.

2. Drain the beans, discarding the soaking water. Put the beans in a large pot with 3 1/2 cups of water and bring to a boil, skimming off the scum that rises to the top. Cover the pot partially, turn the heat down to low, and simmer gently for about 40 to 60 minutes, or until the beans are just tender.

3. While the beans are cooking, heat the oil in a frying pan over medium-high heat. Add the onion and stir and cook for about 2 minutes, or until the onion has just wilted. Put in the garlic and hot chilies and cook for another 2 minutes, stirring frequently. Add the curry powder and ground spices and stir once or twice, then stir in the tomatoes. Cook for about 10 minutes or until the tomatoes have softened.

4. Preheat the oven to 325 degrees fahrenheit.

6. Bake, uncovered, for about 1 1/2 – 2 hours, or until the beans are very tender and most of the liquid is absorbed.

This dish originally served 8, but I halved the barley and left the same amount of veggies. I also used raisins instead of currants.

1. Combine the first four ingredients in a rice cooker. Cook for one cycle. Alternatively, you can cook them in a saucepan as you would rice.

3. Add barley to the skillet; toss to blend. Season to taste with salt and pepper. Mix in cilantro and serve. 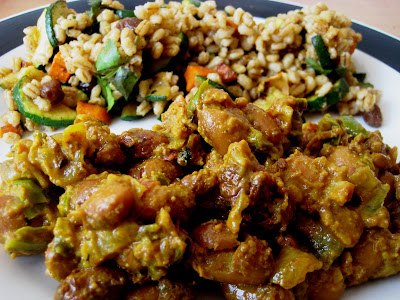 NOTE – Sorry for not having the Regional Recipes Round-up ready. I am actually going to create a separate website for it this weekend. It will be up by Monday. I swear. In the meantime…I am going to announce our next country so that you guys can get cooking and thinking and brainstorming! So let’s see. So far we’ve explored the Middle East and Ireland.

For this month. Let’s globetrot all the way to…Haiti! The mix of French creole cuisine in this country is rife with flavor and possibility. I can’t wait to see what you guys come up with!

And before I forget, be sure to check out my post over at Our Krazy Kitchen!