Macaroni and Goat Cheese with Roasted Red Peppers…Eat.Live.Be. for a Better 2011 Banana Cranberry Bread with an Amaretto Glaze

Give the traditional Spanish tortilla a nutritional shake-up with this tortilla de sweet patatas! 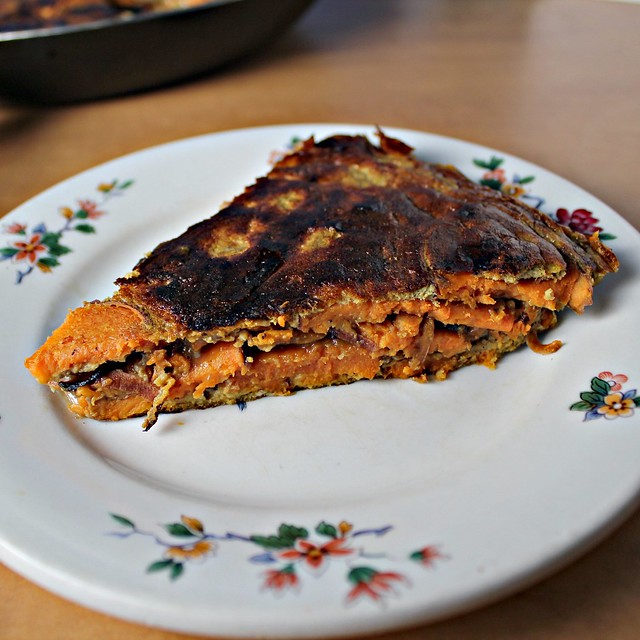 Have you ever had a wheel of brie in your house?

Did it make you feel like you should be in some kind of support group? 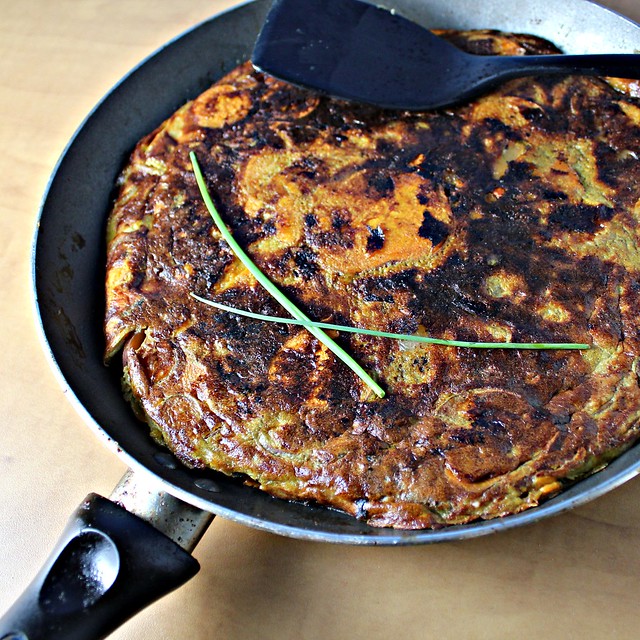 The night before last, I dreamt about prostate cancer.

I don’t even have a prostate.

But for some reason having a lecture on prostate health has concerned me so much for all of your safety that it gave me nightmares.  Have your PSAs checked.  Please.  For the sake of my mental health.

This was, of course, after the dream in which approximately a gazillion of my posts were stolen by another “blogger”.

In the dream, I left a comment on the site saying that I was going to take legal action against him if he didn’t remove my work within five days.  To which he responded, via email, that the whole thing was all my fault because my site has an rss feed.  And so really, I’m just asking for it to be stolen.  But not to worry!  Because he is such a nice guy with a serious love of food and because there is no personal gain for him in this at all whatsoever (aside from gaining revenue for stealing posts from me, Two Peas and Their Pod, goodLife{eats}, and smitten kitchen, among others) (and did you notice how I did that?  Actually linked to other people’s sites.  It’s because I have a serious love of food.  And I want to expose you to these awesome sites.  True story.) he would be willing to replace the “Posted By Joanne” under my recipes with “Posted By joanne-eatswellwithothers.com”.  As if I were a willing contributor to the site.  Still no link to my page.  By the way.  But you know, it’s in my best interest because his site is going to be getting “tons of traffic”.  Soon.  Really soon.  In his dreams, for instance.

Oh wait.  That was a tangent.  And perhaps not quite so much of a dream as I would like it to be.

But you see now why I found myself compulsively eating this tortilla.  At all hours of the day and night. 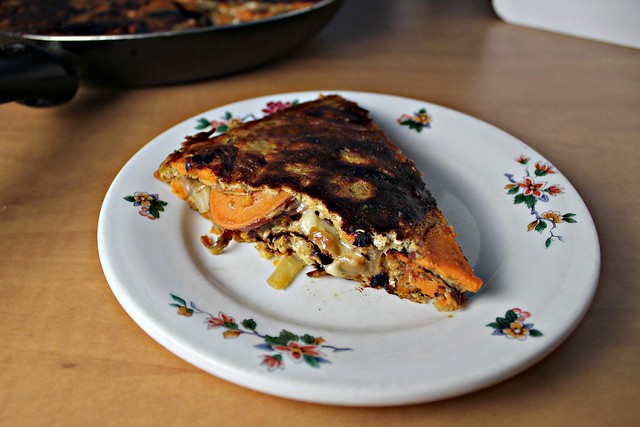 Let me explain to you how this recipe came about.

It all started when ThatGirl of Paved With Good Intentions wrote something about a thoroughly lackluster butternut squash and brie quesadilla that she had tried to make.

Brie?  Lackluster?  FOR SHAME. Were my thoughts on the subject.

So I bought some brie, fully intending to make it work.  Then, from the quesadilla, I somehow started thinking of this really dense potato frittata that my mom used to make us for dinner.  Except upon further research, I realized that what she was calling a frittata was actually a Spanish tortilla.

I have frenzied thoughts sometimes.  Evidence.  See above.

And now here we are.

My name is Joanne and I have been a brie addict for the last five years.  Please.  Join me. 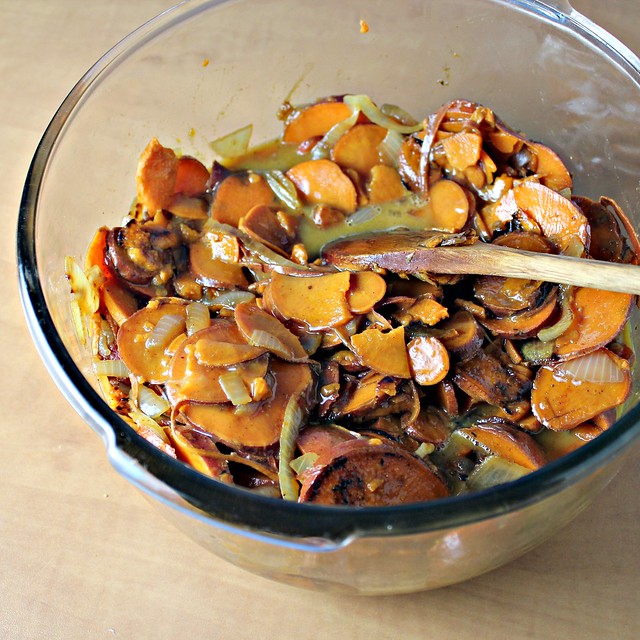 I am submitting this to this week’s Weekend Herb Blogging which is being hosted by Janet of The Tastespace! 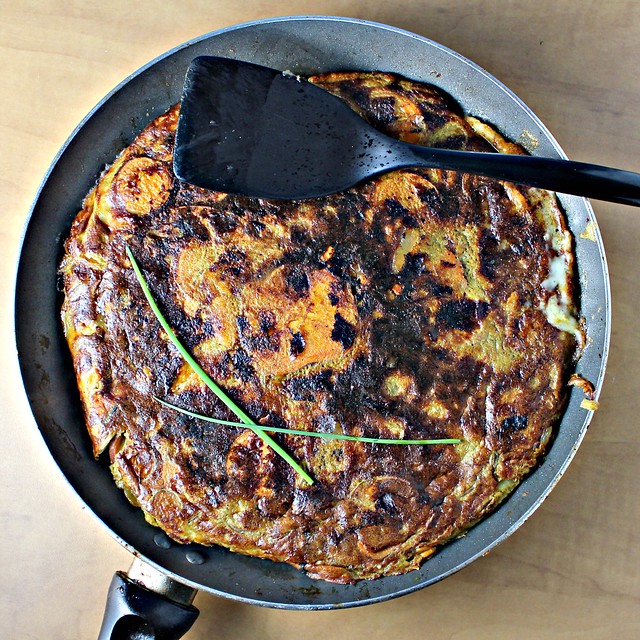