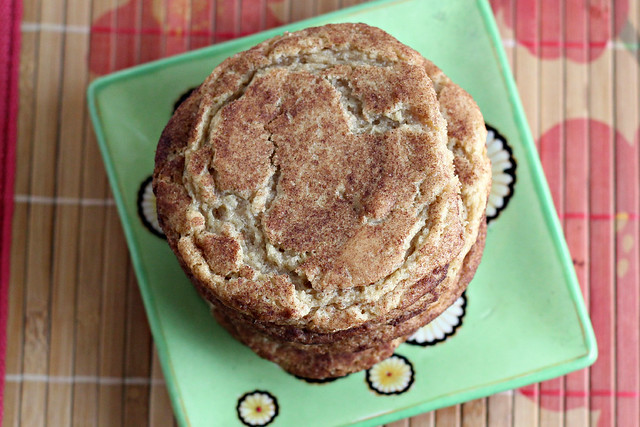 I’m reaching that stage in my life when everyone I know (okay….really just everyone The.Boy. knows) is either getting married or having babies.

This summer, to be precise. All within three months of each other.  Two, in fact, in one weekend.  One of which I may or may not have offered to bake the wedding cake for (though thank the lord the bride decided to go with someone more professional/less emotionally involved…I would have done it but that would have been one insane weekend).

And while I’m definitely excited for all the real life bridal showers that are to come, I’m so happy to kick off this year of “I do’s” with a virtual shower for one of my favorite bloggers – Christina of Dessert For Two! 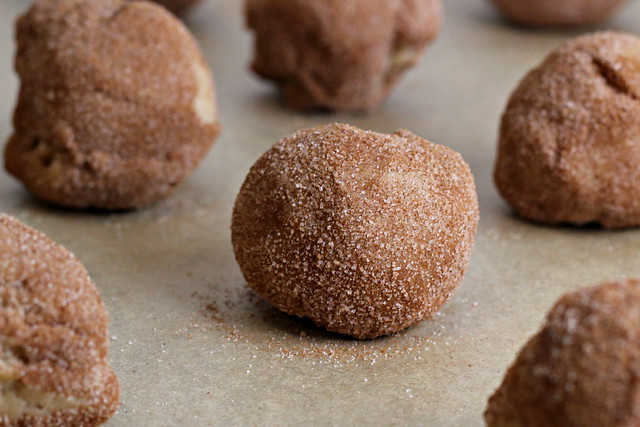 I first met Christina in November of 2011 at the Foodbuzz Festival and she is one of the most down-to-earth, sweetest bloggers I have ever met.

(Plus, she’s getting married in cowboy boots. How rockstar is that?)

I am so incredibly happy for Christina and wish her and the future Mr. DessertForTwo all the love in the world.  She so very much deserves it.

To celebrate, I made her these brown butter snickerdoodles, which are revelatory.  As if snickerdoodles weren’t pretty darn amazing to begin with, you add to them the nutty addictive flavor of browned butter, and they turn into something truly divine. 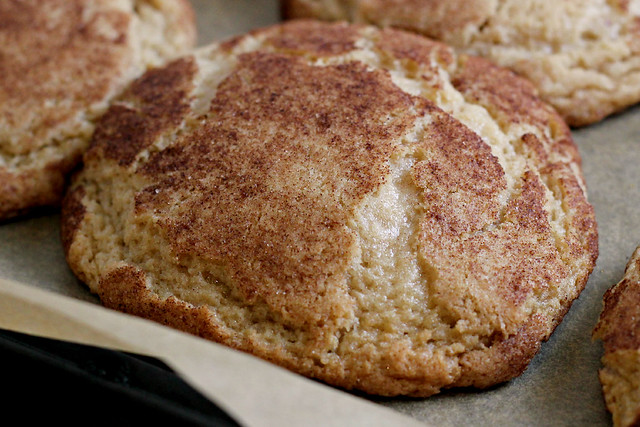 And because I always feel like I should come to a party with both a sweet and a savory option, I’m also bringing along this pumpkin with tomato sauce, cocoa, and pepitas. 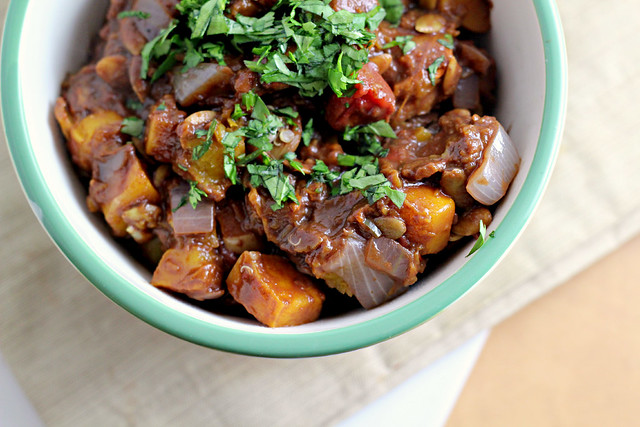 I’m pretty much a sucker for any savory dish that incorporates chocolate and cinnamon (i.e. mole`) and while I was under the impression that my taste buds were just weird that way, even The.Boy. liked this so I think it’s definitely party-worthy.

And seriously…who doesn’t want to eat chocolate for dinner?  And have it count as health food? 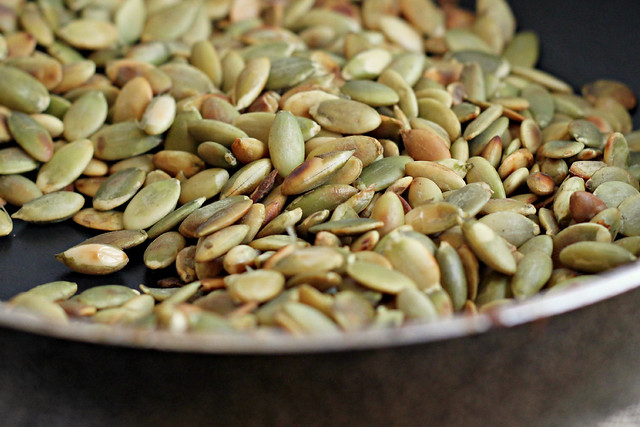 So again, I just want to give a major CONGRATULATIONS to Christina!!  I heart you. Big time. 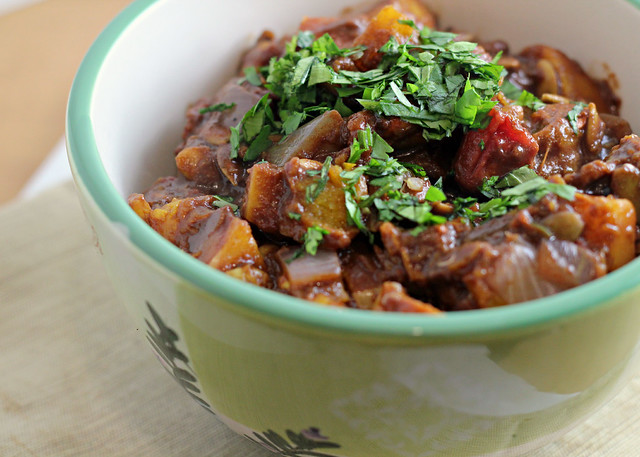 This is also, *tear*, the TWELFTH week of the 12 Weeks of Winter Squash that Heather and I have been hosting!!  These twelve weeks absolutely flew by for me and I’m kinda already counting down the days until next year’s twelve weeks. But not to fear, there will still be winter squash featured around these parts until I become overrun with rhubarb and asparagus in the spring. If you’ve cooked anything with winter squash this week, then feel free to link up!!

Pumpkin with Tomato Sauce, Cocoa and Pepitas
Serves 4-6, adapted from How To Cook Everything Vegetarian 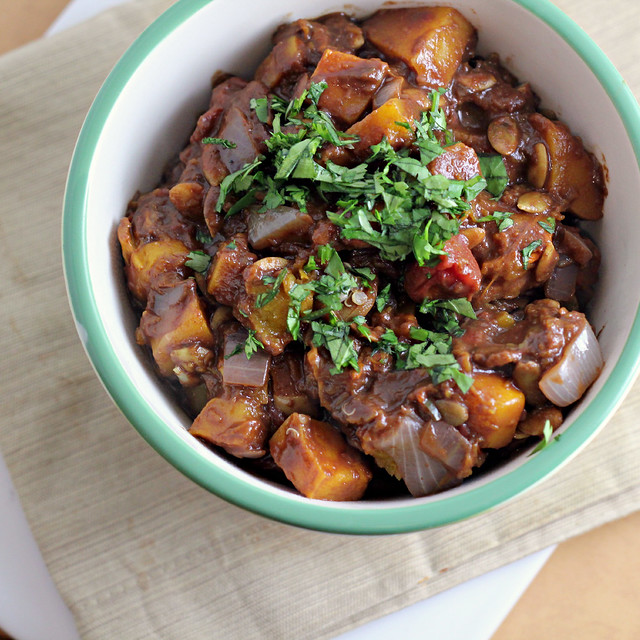