This thick and hearty wheat berry and white bean soup with savoy cabbage is full of robust flavor and fresh wintry seasonal ingredients. 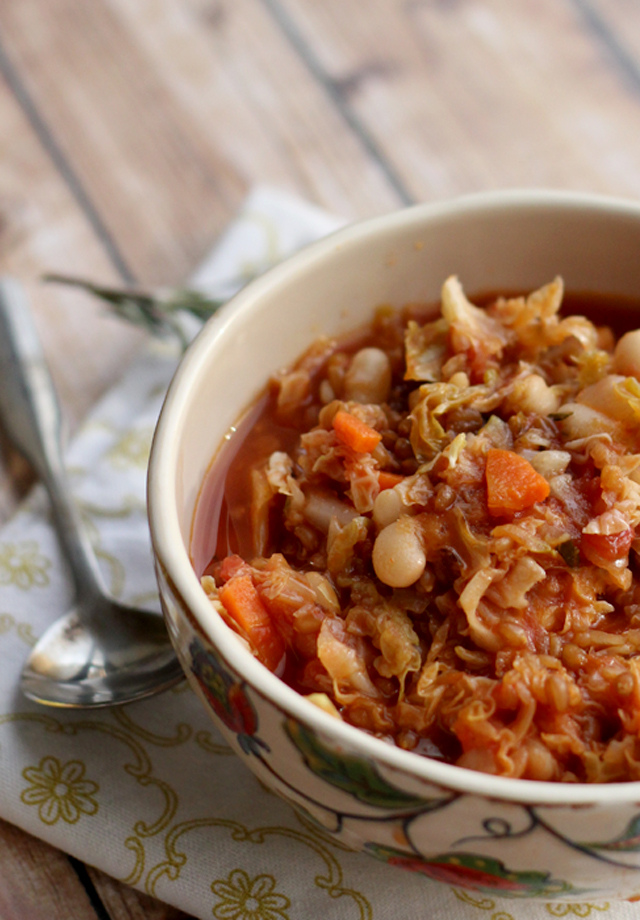 But we are going to EAT THIS SOUP AND WE ARE GOING TO LIKE IT. 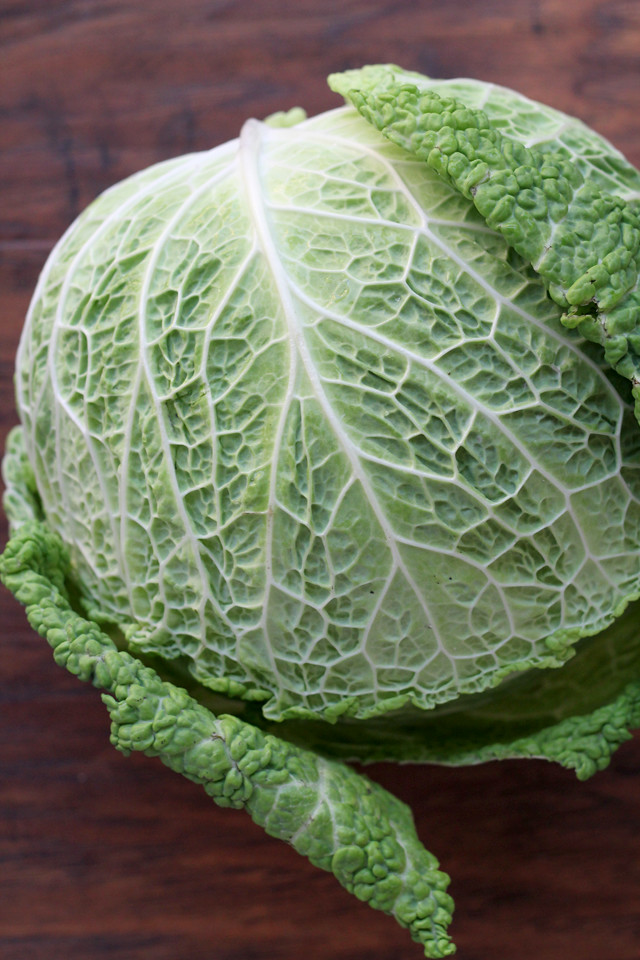 I know because the.boy REALLY doesn’t like cabbage and he loved it.

And a girl’s gotta eat cabbage when the craving strikes.

As for the.boy, well…I have no idea what he thought those pale yellow shreds were as he was shoveling them into his mouth. And now I’m almost afraid to ask. 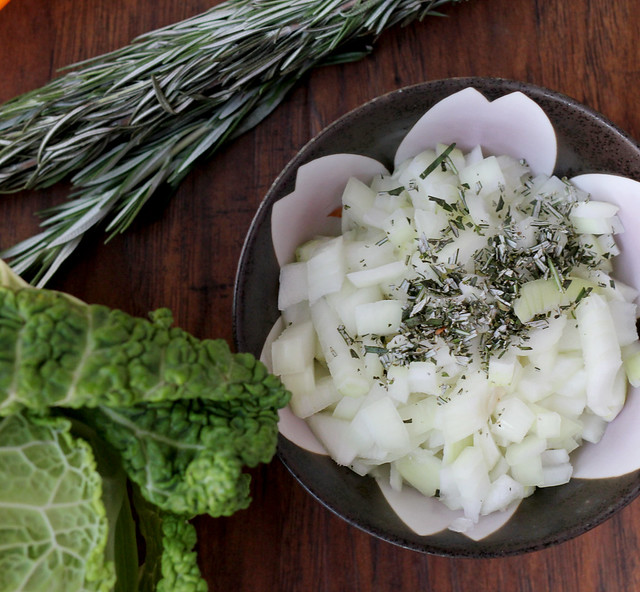 I have to be honest, even I only like cabbage in very particular circumstances.

Anyway, I’m not really sure what came over me when I saw this recipe in Vegetable Literacy

, but all of a sudden I could imagine exactly what it would taste like and I needed it right that second (and no I’m not pregnant). And I was right.

It is hearty and toothsome from the white beans and wheat berries (though you could swap those our for farro, barley, or spelt berries!), but full of fresh flavor from the tomato-infused broth. And I can’t really explain what role the cabbage plays other than that you just feel good after eating a whole bowl of it. It must be the whopping vitamin C punch and cholesterol-lowering properties that it packs.

So even if the mere thought of putting a cabbage shred to your lips makes your skin crawl, I beg you to give this soup a try with the logic that, if it could win over the cabbage-hating individual that I cohabitate with…it can weasel its way into the heart of just about anyone. (And clear out their arteries in the process.) 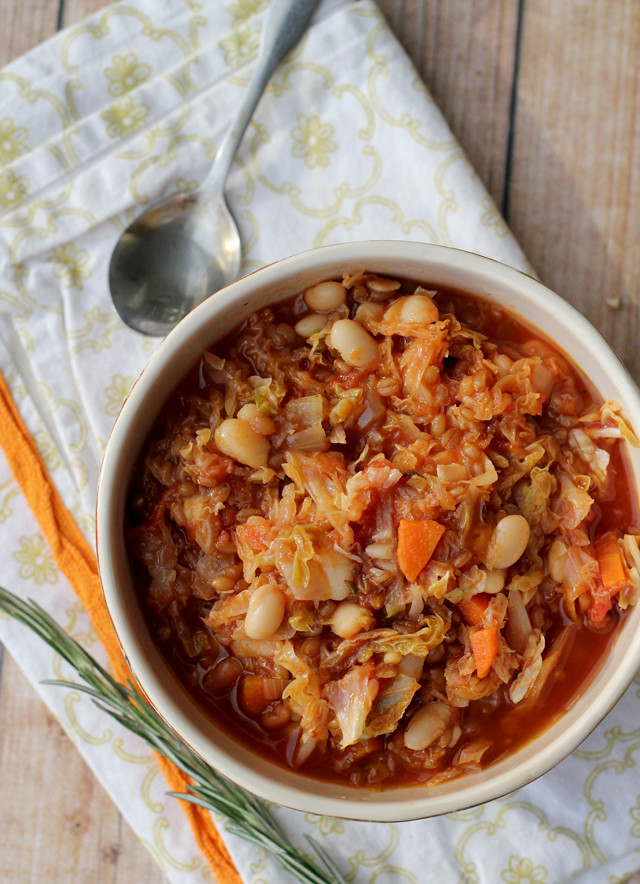 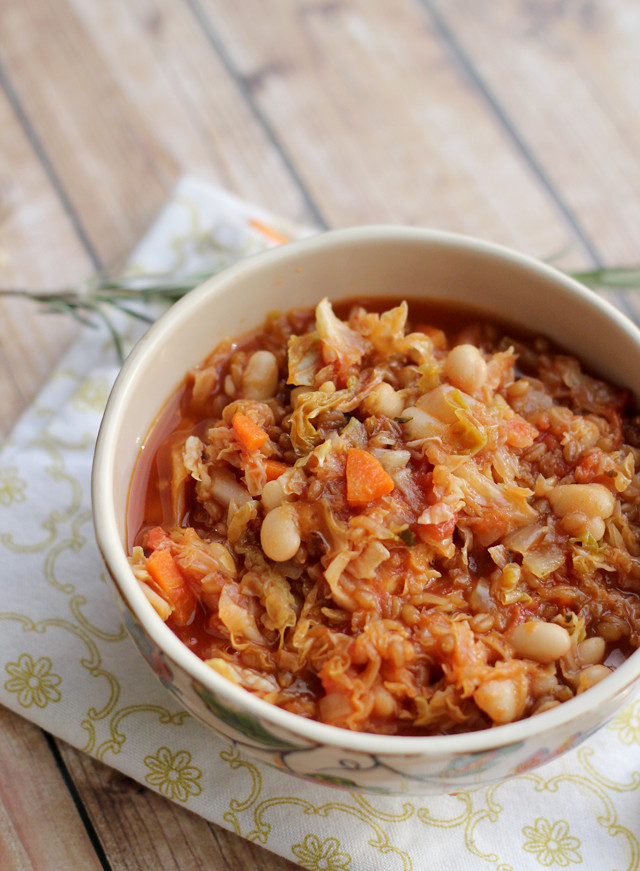