You get a double dose of delicious with these double-layered peanut butter cheesecake brownies! 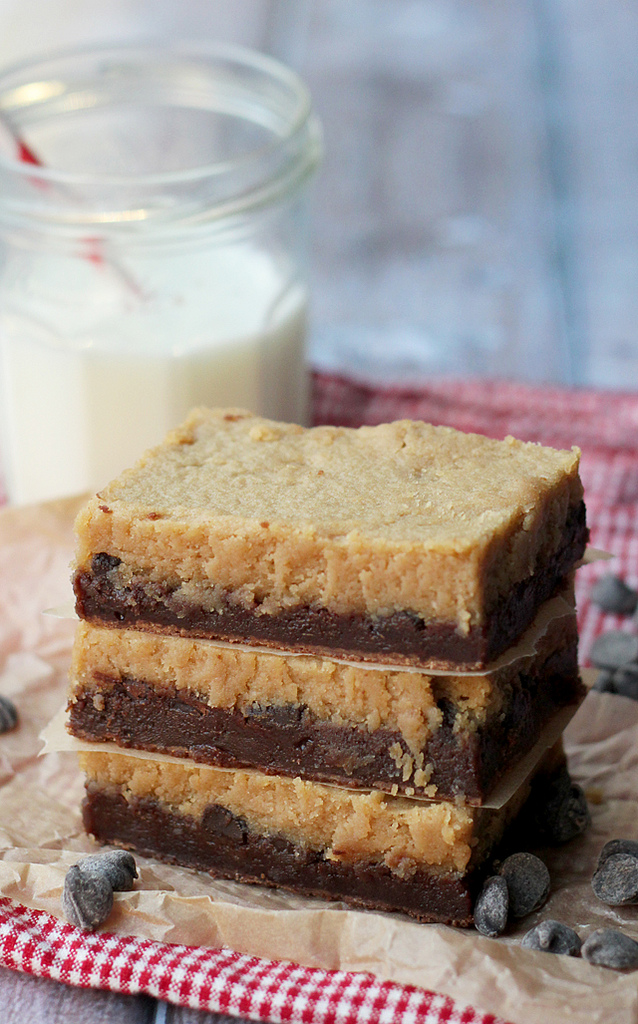 I got an almost-kiss when I presented these to the.boy for breakfast yesterday.

Why almost, you ask?

Well, when you are simultaneously trying to shove a brownie in your face whilst trying to kiss your fiance it’s kind of a half-kiss, half-brownie-face-smash, mostly-trying-to-get-as-little-brownie-near-my-mouth-as-possible-lest-he-miss-out-on-a-single-crumb situation. 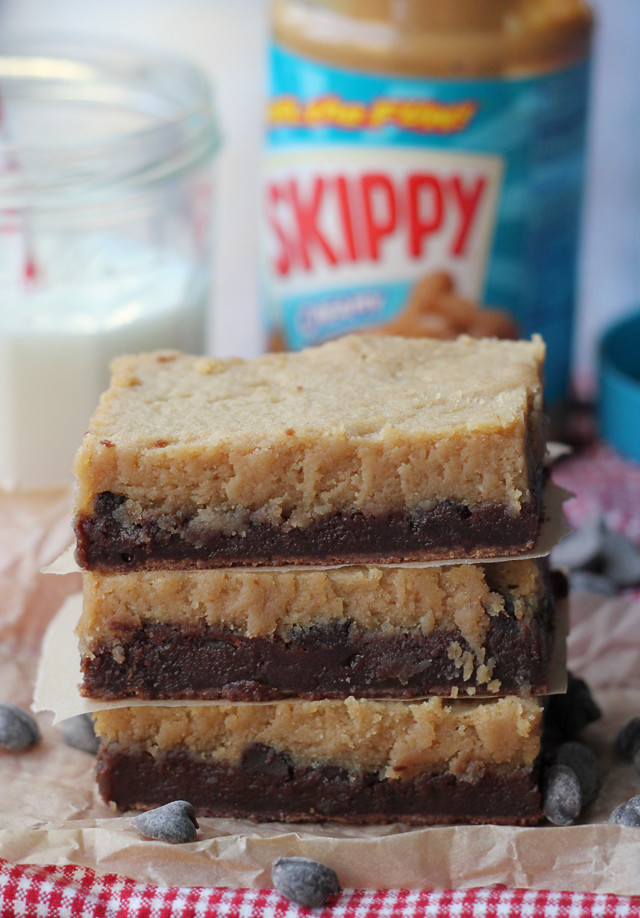 However, these are so fantabulous that it is fairly likely (okay 100% chance) that I attempted to catch a bite midair as he was raising them from the pan to his mouth. 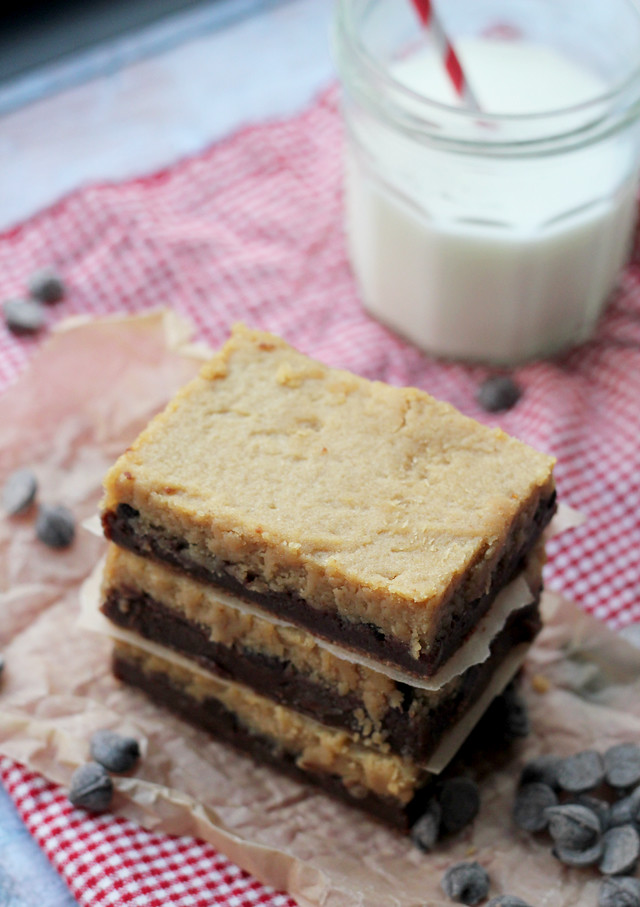 It was truly one of the finest interceptions that I ever did see.

Maybe all this football not-watching is rubbing off on me, after all. 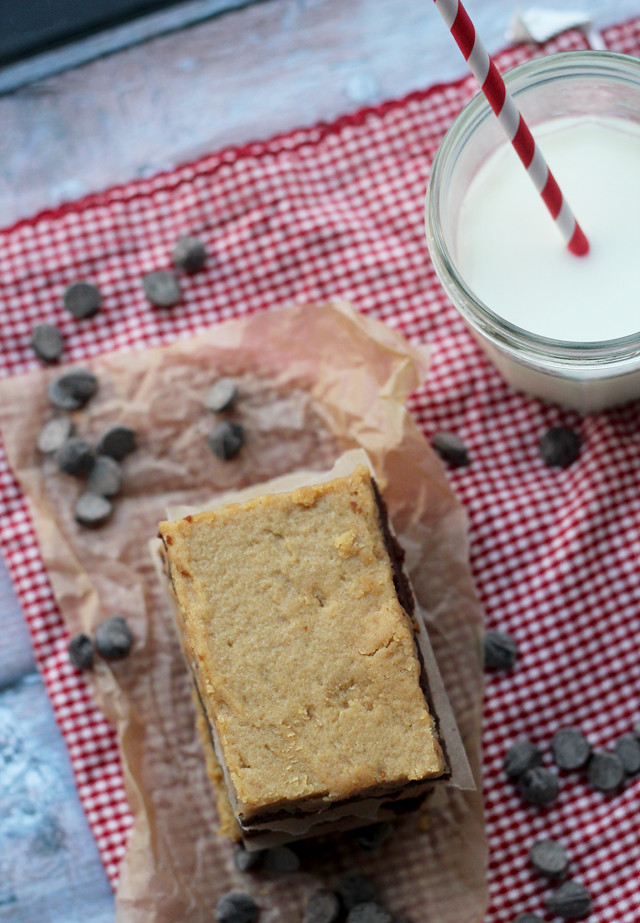 Or maybe it’s just that the power of the PB+chocolate combo is such that it drives you to do crazy things.

Or full-on tackle your boyfriend.

Or run home to make a second pan after the first is devoured.

I don’t doubt it. 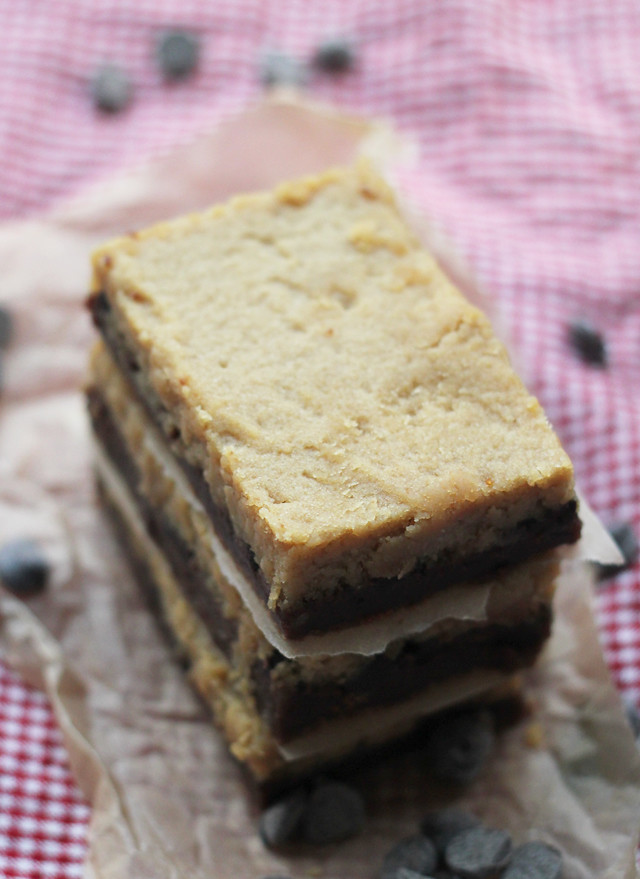 One year ago…Flatbread Pizza with Broccoli Rabe and Ricotta 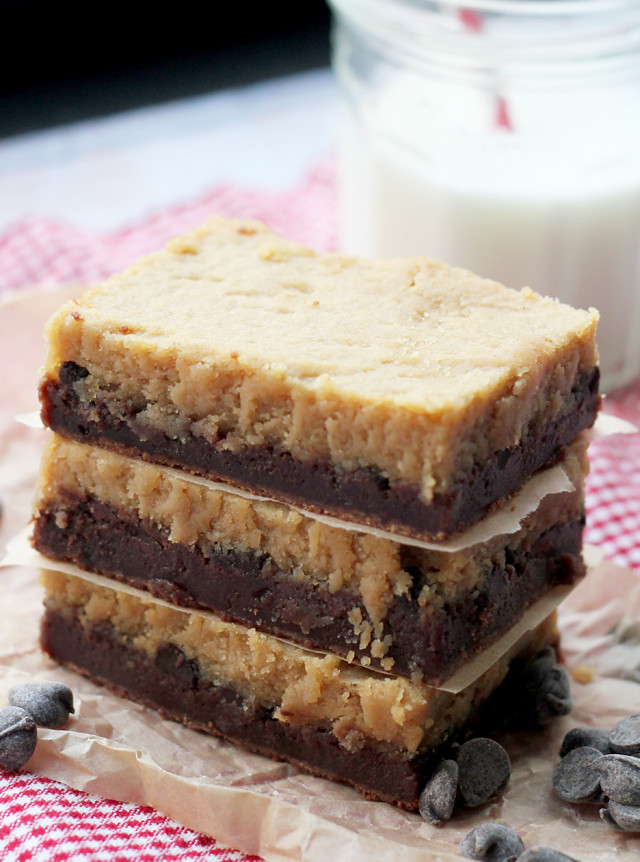