This rich red velvet and cinnamon layer cake is filled with a whipped cinnamon buttercream and frosting with an easy light whipped cream – perfect for Valentine’s Day! 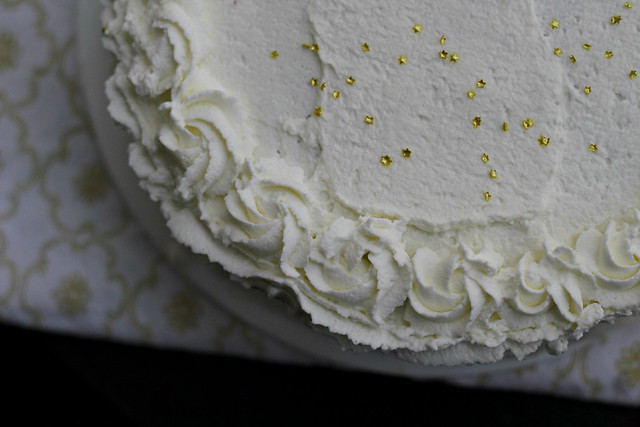 I should really start this post with the disclaimer that there is not a single beet in this cake.

That may seem like superfluous information to some of you, like I’m just throwing out random tidbits of useless particulars.  (So in that vein, for the record, it also contains not a leaf of swiss chard nor a floret of broccoli, regardless of how much that saddens my soul.)

But I had two people come up to me in lab inquiring about the root veggie-infusion status of it, so this is, like…a real thing. 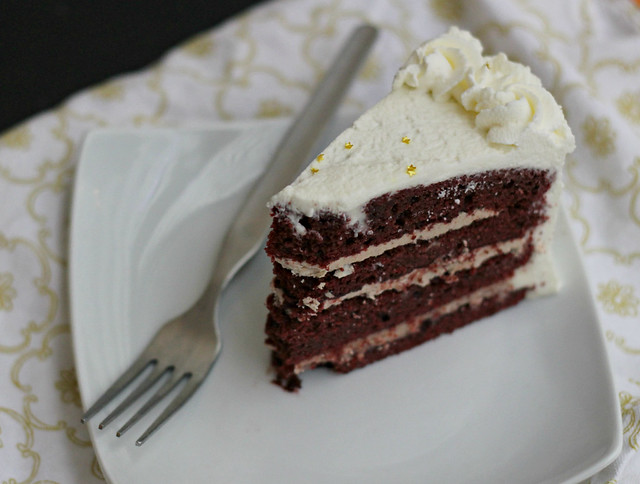 After further investigation, I came into the knowledge that before the days when Paula Deen roamed the earth and felt like it was totally in her purview to tell the world that, not only is it okay to ingest four sticks of butter a day, but also that red velvet cake must be the most garish shade of crimson imaginable and so we all must lace our batters with at least a quarter cup of Red No. 40 (or else), probably before Red No. 40 even existed, tradition dictated that one use beets.

Sure, the color is more subtle.  But you might even get some vitamin A out of the deal.  (And be able to call it a breakfast food. Win/win.) 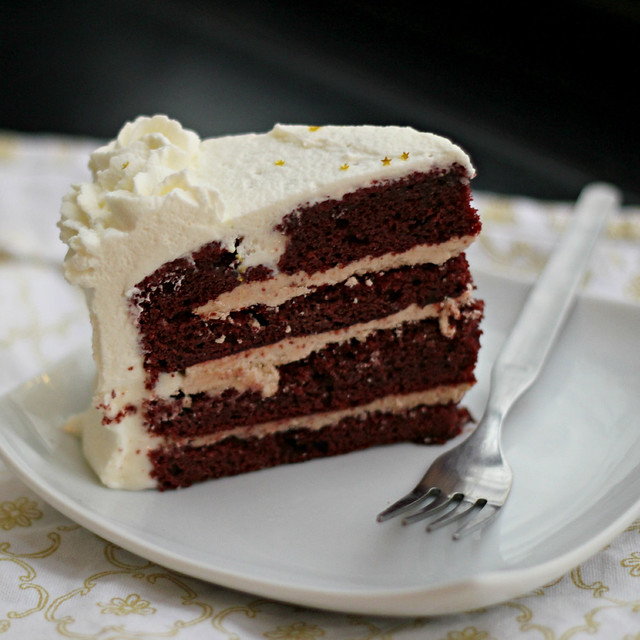 Anyways, I suppose that since my cake is more of a brick red than a firehouse red, it looks more like the beet version than any other.  And while I have been known on occasion to put vegetables in my dessert (you can ask my brother about that, as he is still traumatized by a chocolate zucchini cake I made four years ago), I promise that is not the case here.  I just used a tiny dollop of food gel as opposed to an entire bottle of food coloring.  And since this particular batter has more cocoa powder than most that I’ve seen, the red is largely subdued.

Which, I pinky swear, does not make it any less delicious.  It just means that you won’t turn your entire digestive system hot pink after eating it.  And that has to be a good thing. 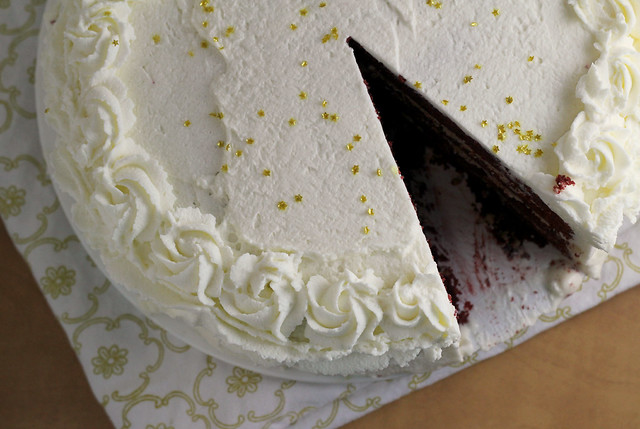 Red velvet cake is not about the color, anyway, it’s about the flavor.  The hint of chocolate, the tang of buttermilk, the sweet tartness of cream cheese frosting…

I know, my bad.  But here’s the thing.  Somehow when I combined low fat cream cheese, butter and powdered sugar in my mixing bowl, fully expecting it to turn into something thick and fluffy that I could for sure ice a cake with…I instead got soup.  Cream cheese frosting soup. Soup that I then tried to thicken with cornstarch (since I had no more powdered sugar and had no desire of going to the supermarket. Again.).  But to no avail.  Still soup.

Non-ideal. But, because I’m not a quitter, I attempted to use it anyway because, you know, maybe that’s just how it’s supposed to be? Uh, not.  All you’ll get by doing that is a drippy weird looking mess.  So then I scraped off as much as I could and made whipped cream (you know, if life gives you lemons…). 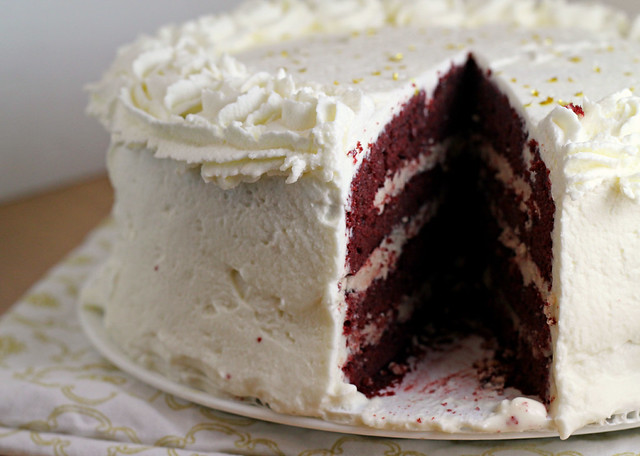 And, surprisingly, it worked.  Between the cake itself and the cinnamon buttercream filling, the whole thing is quite rich, so the light barely-sweet whipped cream topping (with just a hint of cream cheese tang from the thin coating that was inevitably left on) was just perfect. 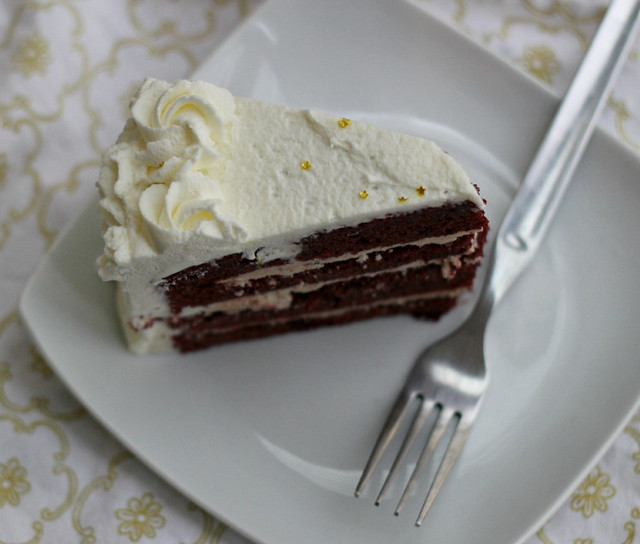 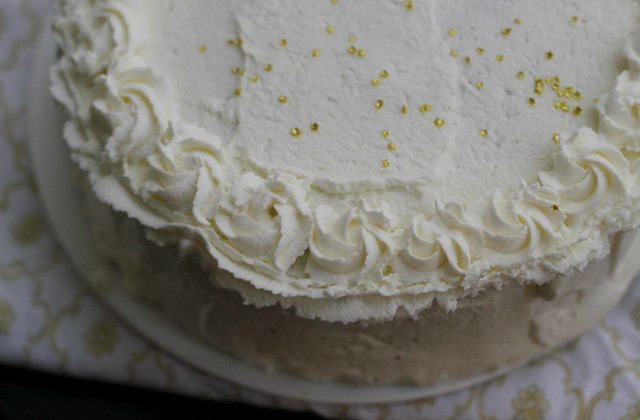