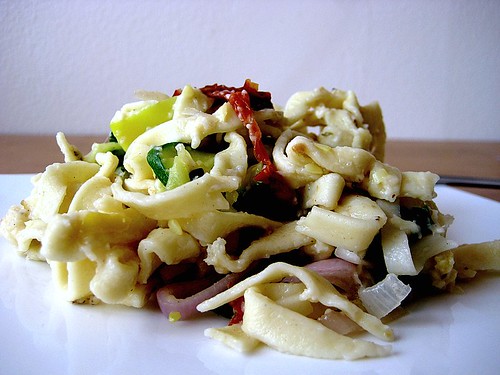 In case you haven’t noticed.

I’ve been looking for men in all the wrong places. 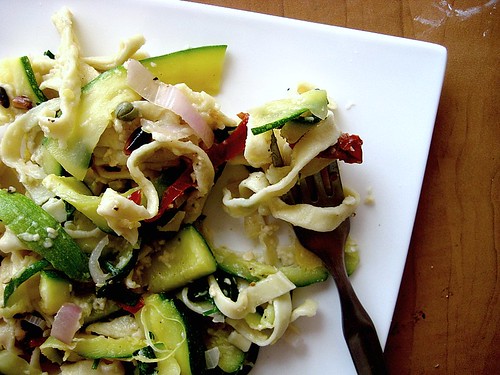 Who for years told me I had to marry a doctor.

However.  Being that doctors are highly coveted as far as husbands go.  We plotted.  Connived.  Planned.  And thought.  No.  Best to get them before they’re doctors.  Straight from the source.

Buy locally.  If you will.

And that’s why I went to medical school.

(To think you all thought I wanted to do something ridiculous like get a higher education.  For.  Shame.) 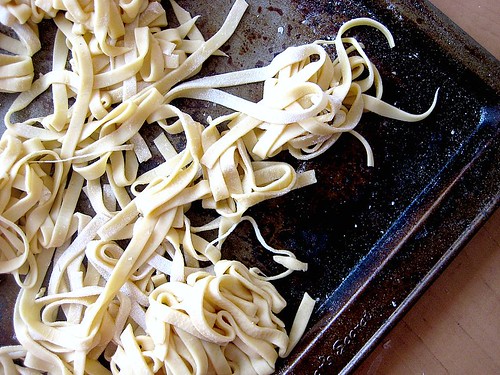 Because, after a year of medical school, not only am I sure that I will probably not ever marry a doctor.  But I also really love medicine.  Which goes against the cardinal rule of schemes like these.  That is.  To not get emotionally involved.  Kiss with your eyes open.  Look both ways before you cross the street.

So now.  Not only will I be spending the next seven to eight years in school.  Followed by a residency.  And a postdoctorate position.  But I will not be doing it with my husband, the doctor, at my side. 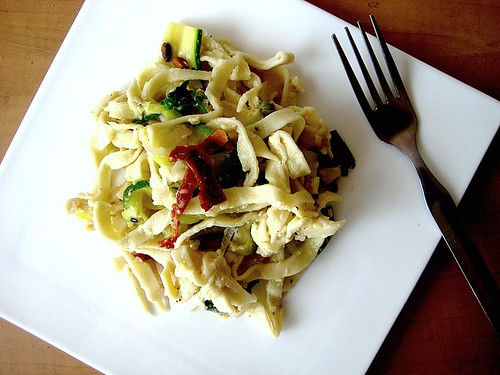 Why restrict yourself to small population of individuals in one tiny corner of one very large city.  When the entire world wide web can be at your fingertips?

Blogging, on the other hand, allows me to get under the skin of unsuspecting individuals.  Use my wit and charm to lure them in.  Have even the most commitment phobic of them all thinking things like, “God Joanne is awesome.  I wonder what it’s be like to wake up next to her for the rest of my life.  Til death do us part.” 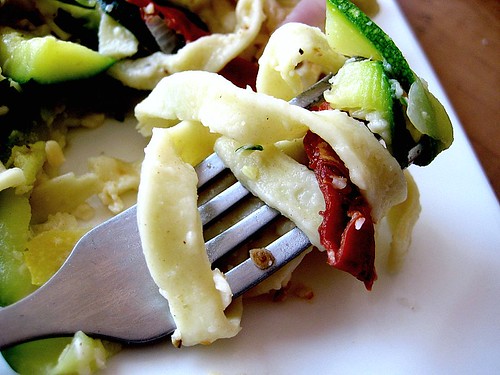 That hasn’t quite panned out either.

And so I was at a loss.  Until I read Erica Bauermeister’s The School of Essential Ingredients for this month’s Cook the Books.  A novel that tells the story of a group of people who find themselves in the same cooking class in the same restaurant at the same time.  The class is run by Lillian, the owner of a small Italian restaurant, who first learns to cook as a way to reach out to her mother in the wake of a soul shattering divorce that leaves her holed up in her own world.  As such, Lillian understands how powerful a good meal can be.

Food, as it were, appeals to the soul.  Our love of it is visceral.  Ingrained.  Unifying.

Which is why it is not surprising that, over the course of the weeks that they spend together, the lives of Lillian’s students become increasingly intertwined.  Everyone falls in love.  In some way. Or another.  With each other.  With themselves.  With the process of creating something from scratch and being able to say.  Here.  Yes.  I did this.

The take home message being, I believe.  That if I want to meet someone.  I need to enroll in a cooking class. 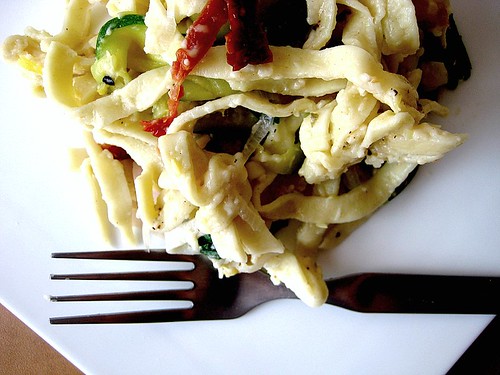 So for this month’s Cook the Books, I decided to make pasta.  And by make pasta, I don’t mean buy a box of pasta from the supermarket, boil it in some water, and call it a day.

Because if ever you’re going to forge a connection, whether it be with food or with a real live person.  You have to get your hands dirty.  That’s just the way it is.

This dish was fantastic.  The homemade linguine, though I struggled with it at first, tasted fabulous.  And the zucchini (locally grown!)/caper/lemon/pine nut sauce.  Made me quite happy.

1. In your brand new KITCHEN AID STAND MIXER that you purchased at a reduced price with your $100 gift certificate from CSN (see picture below.  And yes. It is sitting on a bookshelf.  That I made with my bare hands.) mix together the flour, eggs, and water.

2. Once the dough comes together, cover it with saran wrap and allow it to rest in the fridge for twenty minutes.

3. Get your pasta maker ready.  Give the dough a good knead for a few minutes, then split it into 4 equal-ish balls.  Start feeding it through the pasta maker, going from the thickest to the thinnest setting.  When it is at it’s thinnest (or at the desired thickness if you don’t want it to be super thin), run it through the linguine cutter attachment.  Either freeze or cook.

1. Slice the zucchini into pieces about the same thickness as the pasta you are using, then cut them into narrow matchsticks.  Bring a large pot of water to boil.

2. Chop the parsley.  Remove the peel from the lemon with a vegetable peeler, then cut the peel into thin slivers.

3. Heat 2 Tablespoons of the oil in a small pan and add the pine nuts. Cook them until they begin to color, then add the shallots and cook over medium heat until the shallots are limp and the pine nuts have colored even more. Do not burn the pine nuts.  When done, transfer this to a large bowl, along with the lemon peel, capers, herbs and dried tomato slices.

4. Add salt to the boiling water, drop in the zucchini and fresh pasta.  Cook until the pasta floats. Drain and place in the bowl.  Season with salt and pepper and lemon juice to taste.  Toss until the noodles are coated with the oil and herb mixture.  Serve with the grated cheese, passed separately.

This is my submission to Cook the Books, Two For Tuesday, and Presto Pasta Nights which is being hosted by Helen of Fuss Free Flavors.

Also, the new Regional Recipes location has been posted.  We are heading to ETHIOPIA!  Check the site for ideas about what to make and rules for how to play! 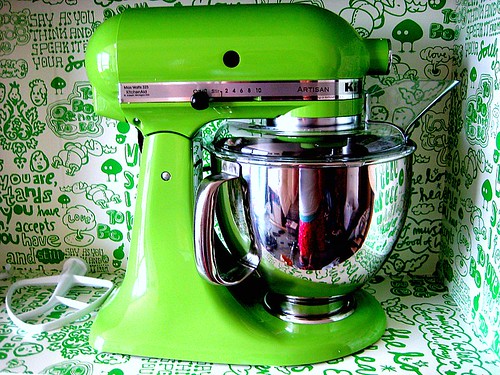