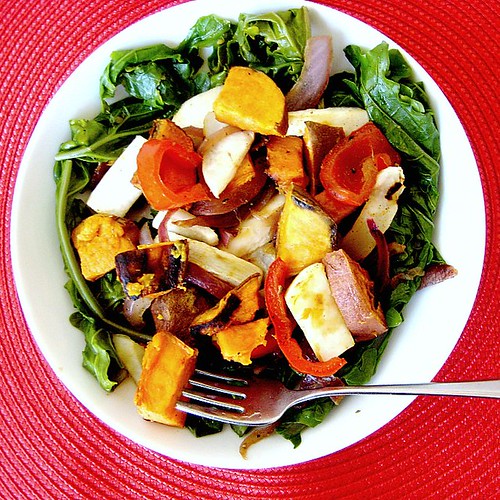 Yesterday.  At 9 pm.  I experienced history in the making.

Or I was supposed to experience history in the making.  But history did not actually happen until around 9:30. 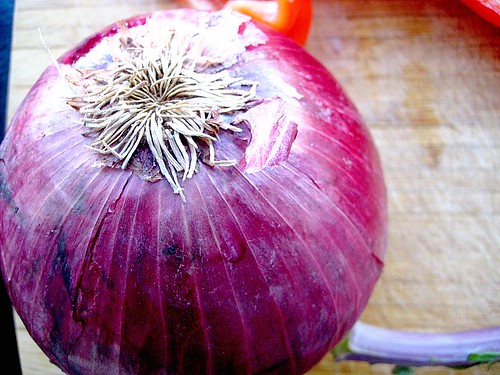 I was completely unaware of how groundbreaking the evening was going to be.  I think I was doing dishes.  And/or pondering the cost benefit analysis of making my own paneer.  Until Adam burst into my apartment screaming something about how the entire state of the universe was going to be changed in five minutes and why wasn’t Sophie’s computer on yet and no he didn’t want a plate for the calzone he was shoving in his mouth, how could he think about dinnerware at a time like this?!?!?!

Needless to say.  My interest was piqued.  So I moseyed on into the war zone.  Otherwise known as Sophie’s room.

Where I was forced to sit down.  And informed that.  No.  The NIH was not about to announce their recent discovery that chocolate is, in fact, calorie-free.  (Although I swear that data is out there.  Somewhere.)  Nor was PB Loco (my favorite peanut butter company) going to go back into business after mysteriously disappearing earlier this year.  Both of which I would have deemed worthy of such a hullabaloo.

The reason we were all plastered to the monitor of Sophie’s computer.  Was that.

LeBron James had requested his own live primetime television special (who DOES that?) to announce which team he was going to sign with for the next six years.  He even handpicked his own interviewer.  And somehow managed to turn what could have been a thirty second statement into an hour long spectacle.

You know things are going horribly wrong when commentators are throwing around shameless sports puns (“stay tuned because coming up, the king will choose his next court!”) and hyperbole (“in the history of the league, we have never seen anything like this!”) like they are going out of style.

Dear ESPN.  They are out of style.  Deal with it. 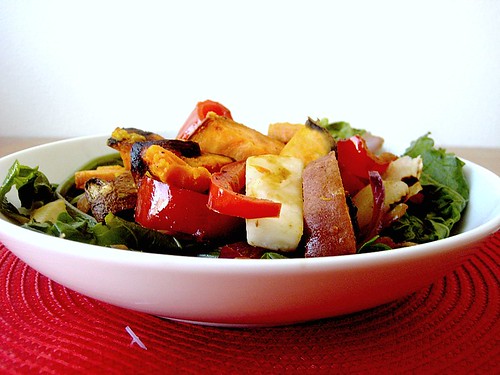 And so.  Against my better judgment.

Then,.  After realizing the genius of this whole situation. I took notes. 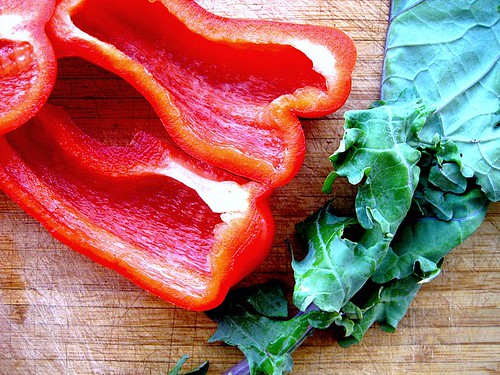 And now here we are.  You came here today because you saw the words “bacon” and “GIVEAWAY” in the title.

And I have left you hanging for the past nine tenths of a page.  Rambling on about absolute nonsense.  Creating a mountain out of a molehill.

1. Heat the oven to 400.  Put the sweet potatoes and turnips on a baking sheet.  Spray with cooking spray and sprinkle with salt and pepper. Bake for 30 minutes or until crisp and brown outside.

2. Put the bacon in a nonreactive skillet and turn the heat to medium.  Turn once or twice until crisp.  Drain on paper towels.  To this same pan, add 2 tbsp of olive oil.  When it’s hot, add the bell pepper, onion, and ginger to the pan.  Cook, stirring once or twice, until no longer raw.  Stir in the cumin and the crumbled bacon.  Stir in the pomegranate juice and turn off the heat.

3. Steam the kale until wilted.  Mix together with the bacon dressing and root veggies.  Taste, adjust seasoning and serve.

This is my submission to IHCC and to Souper Sundays!

THE GIVEAWAY
Earlier this week the kind folks over at Snubbr contacted me about hosting a giveaway for my readers on my blog. All you have to do is leave a comment about which cookbook (under $35 please!) you would most want to receive and why you want to receive/read it.  The Snubbr judges will then read all the comments, choose their favorite, and then send that the person the cookbook of their choice!  You have until a week from today, so get commenting! 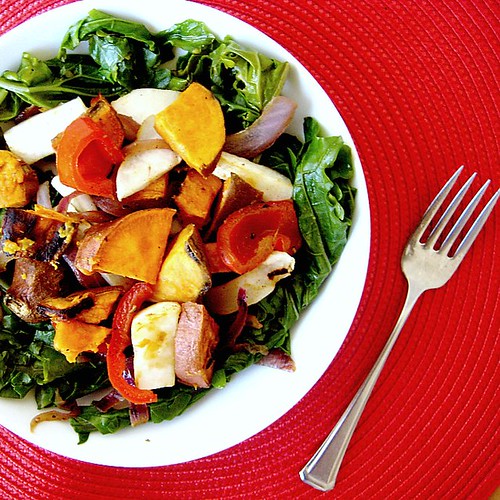 117 Responses to Kale and Sweet Potato Salad with Warm Bacon Dressing…and a GIVEAWAY!