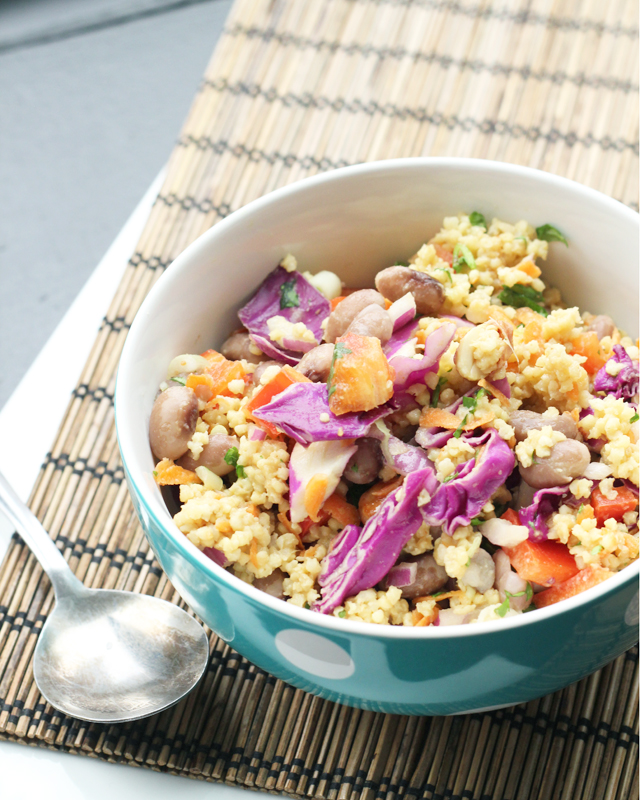 In almost no other part of the world is “parking the car” such a hot topic as it is in NYC.

The second anyone enters my mother’s house, the first question she asks is “Where’d you park?” and the answer is never simply “across the street”.  Rather, it’s typically an epic journey that involves multiple trips around the block, a few sojourns down a side street or two, all to eventually end up across the street, though, as with many things in life, it’s so much less about where you ended up as it is how you got there. 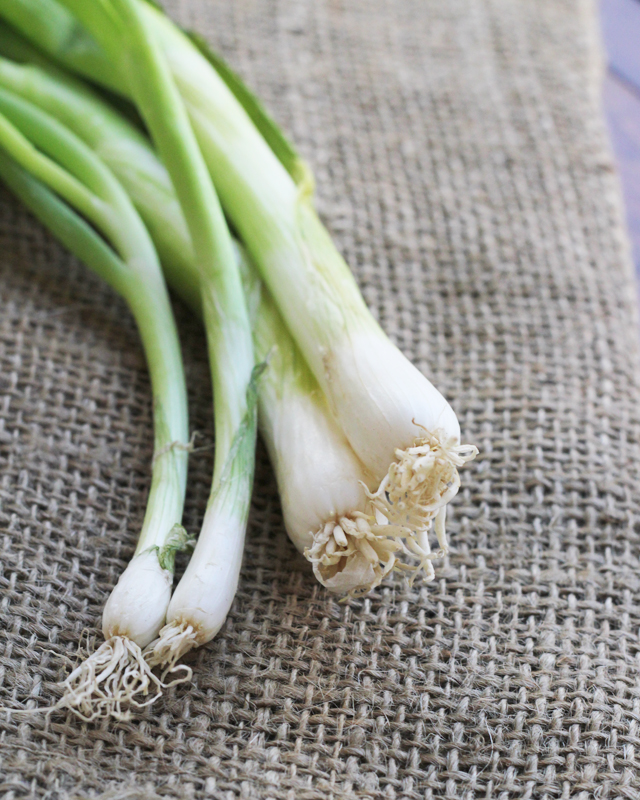 All of this to say that when The.Boy’s family got to our apartment on Saturday night and immediately commenced telling and retelling the saga of “how they found a parking spot right across the street”, I knew that everything was going to be okay.

And when my mom arrived, they did, in fact, spend a full thirty minutes discussing the logistics of parking on the upper east side, the tricks to finding a spot big enough to fit a Ford Explorer, and how one decides when to keep looking and when to just throw one’s hands up and park in a lot. 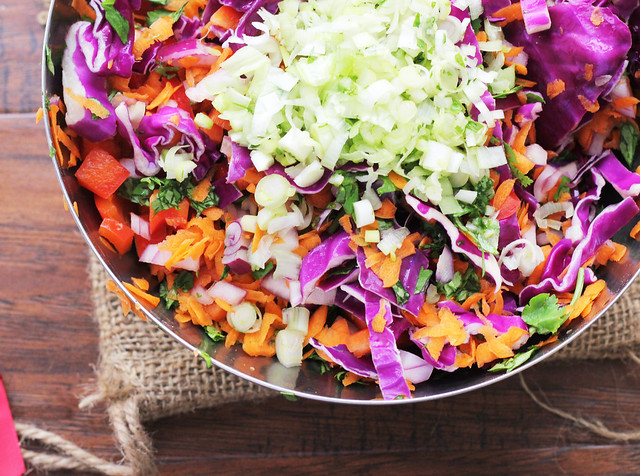 As, in many ways, was this salad.

This was another one of The.Boy’s “random pinterest picks”. I haven’t talked about them much, but he always manages to choose the strangest, most out there things. Things that he would have never chosen for himself were he not essentially pulling a random recipe out of a hat. Not that this was particularly strange, but it does contain cabbage (which he hates) and a grain base (which he thinks is boring), so the odds were really against it.

Now if I had chosen this and set it in front of him, he would have crinkled his nose and said, skeptically, “Do I like this?”, but because he chose it, he dug right in. 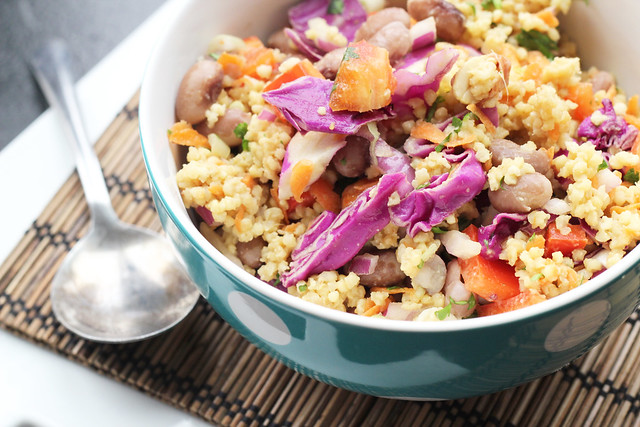 I am submitting this to Souper Sundays, which is hosted by Deb of Kahakai Kitchen. 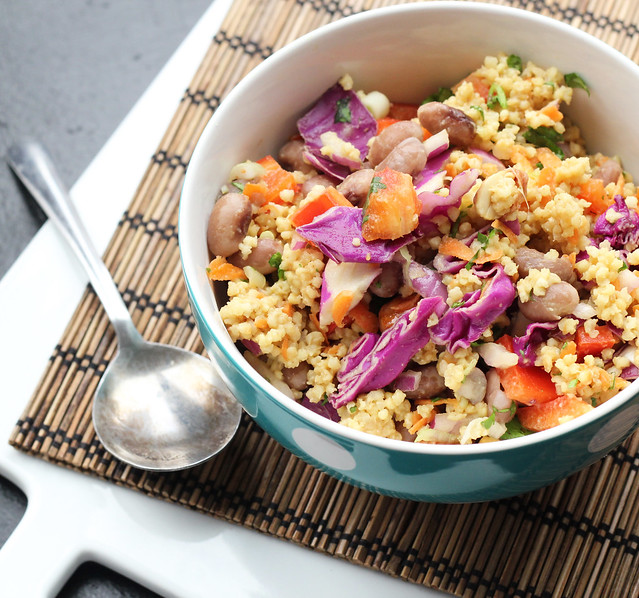