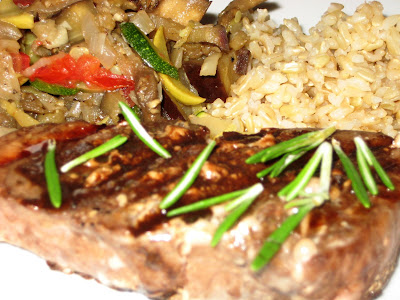 So tomorrow is the day that I leave my parents’ house in Queens and move into my new apartment in Manhattan. When I originally found out about Cornell’s housing I was bummed because the rooms were TINY and I would have to share a kitchen with my whole floor. Then, lo and behold, the gods that be decided to house the MD/PhD students in the apartment style housing, so instead I will have a whole kitchen all to myself (ok not to myself, I will have to share with my two roommates but that’s still a pretty good deal)! I am so psyched and can’t wait to move. Today is going to be spent packing, visiting one last friend of the family, making a quick trip to the gym, and cooking dinner.

Last night was my second Team In Training practice. I thought it was going to be canceled because of a storm that was rolling in, but we are hardcore athletes. We run in rain, sleet, or snow. We’re like the Energizer bunnies. Or the United States Postal Service. Except we wear purple instead of brown. We did a distance run yesterday (6 miles), the purpose of which is to just not worry about speed and get used to running for longer amounts of time. I ran with a girl that I met named Pam and even though we went a lot slower than I normally go, we talked the whole way. The miles just flew by. Having moments like those make me remember why I’m so glad that I did Team In Training.

Some of you asked whether or not there would be a third date with the boy. Actually, I made lunch for us yesterday and met up with him at the place where he works. He’d never tried pesto and, ironically, I had just whipped some up because of some ridiculously fresh basil I had bought at the Farmer’s Market, so I made us some sandwiches and we sat outside in the nice weather and ate them. He’s also going to take off from work and help me move on Thursday. Which means he will inevitably be meeting my parents. Yikes. I’m trying to take things slowly/keep things casual for right now because I don’t know what my schedule is going to really be like once school starts, so we’ll see what happens. I’m happy right at this moment and that’s all I can ask for. 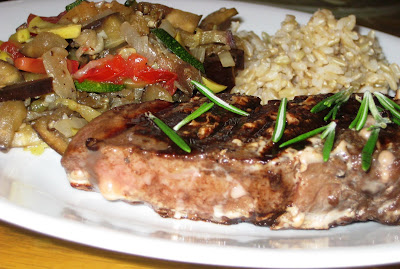 As for the food. I have been a seriously negligent Rachael Ray fan as of late. I used to be really gung-ho about her recipes, trying to make one a week. And I did for a while (that was before the blog). And then I expanded my horizons to include Tyler and Bobby and Giada and all of my other food network friends, and then I met Bon Appetit Fast/Easy/Fresh and that was the end of that. Living with my parents, however, has allowed me to cook more food each week and so I’ve made some time for my old friend.

One day last week, my brother decided to go out for drinks with his friends after work and so I jumped on the opportunity to cook some eggplant! He hates eggplant and summer squash. Unless it’s battered and fried. I hadn’t had any fish in a while so I googled around and found Rach’s Rosemary grilled Tuna Steaks with Zucchini and Eggplant Relish. This was delicious and went over really well with the parents. There was extra relish left over the next day so I enjoyed it on a sandwich with some melted cheddar cheese. I might remake the relish just for those purposes at a later date.

2. Set up the brown rice according to the package directions.

3. Preheat a medium non-stick skillet. Chop up all the veggies into dice. Add 2 tbsp EVOO in a slow stream and heat. Add garlic and onion and saute 2 or 3 minutes. When the onion begins to soften, add the zucchini and summer squash. Turn to coat and combine with garlic and onion.

4. Slice eggplant into strips and dice, then add to the pan. Turn to combine all of the vegetables. Add thyme, salt, and pepper to taste. Cook over medium-high heat, stirring frequently, for 10 minutes or until the veggies are done to desired consistency.

5. Grill tuna for 2-3 minutes on each side for rare and up to 6 minutes per side for well done.

I am submitting this to this week’s Weekend Herb Blogging, which is being hosted by Laurie from Mediterranean Cooking in Alaska.

14 Responses to Rosemary-Grilled Tuna with Zucchini and Eggplant Relish