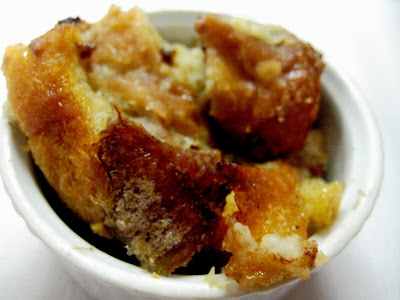 So someone knocks on your door. And says to you. “I am going to give you about fifty bananas, ten cartons of eggs, twenty baguettes. Get in the kitchen. B****.”

What do you do?

Seeing as how I live in New York. I would probably run away screaming and have the grocery items sent to the federal government to be checked for some kind of bioterror agent. Anthrax. SARS. Avian flu. The gamut. Because there is no such thing as free lunch. You can not get something for nothing. Unless, perhaps, if you live in Iowa. Remember that. 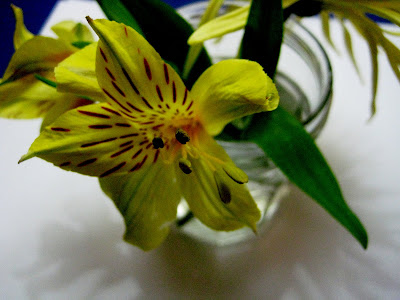 Now for the real story.

You decide to cook for this fundraiser to raise money for Haiti earthquake victims. You also decide to break every rule in the Cooking For Others handbook. (Handbook? What handbook? It’s a crazy world in which we live. And I refuse to be held down.) But we will get to that.

It’s the night before. Your menu is planned, everything is prepared so that all you have to do tomorrow is yank your stuffed mushrooms from the fridge and head on over to the East Village. Twenty minutes in the oven. Plate. Garnish. No. Sweat.

Then you get an email. Innocently sent. By the event’s organizer, Christy. Saying. So, apparently Trader Joe’s has donated bananas, bread, and eggs to the event. Anyone care to whip up a bread pudding? 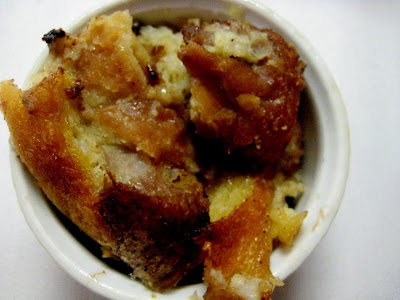 Hi. My name is Joanne. And I am a pudding addict. Rice pudding. Chocolate pudding. Bread pudding. If it starts with a “P” and ends with an “Udding”. I love it.

So when Christy sent out that email. There was absolutely no way that I wasn’t going to respond immediately saying, Um hell yeah.

Here comes the crux of the matter.

Have I ever made bread pudding before?

Absolutely not. (I haven’t made stuffed mushrooms before either. Here’s where that handbook would have been slightly useful.)

But there’s a first time for everything. Might as well be when you are cooking for 30+ people who are paying to eat your food. Right? 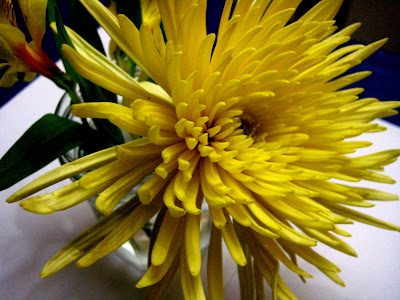 As you might have guessed, my melodrama notwithstanding, this story has a happy ending. The stuffed mushrooms? Excellent. I made a vegetarian version, which were essentially the panko stuffed mushrooms from Veganomicon. With a secret ingredient added in. (Sriracha and a bit of hot sauce. Because obviously either alone just wasn’t spicy enough.) As well as a non-vegetarian version. These plum-glazed sausage stuffed mushrooms from Bon Appetit. With the secret ingredient here being spicy Italian sausage. They disappeared pretty quickly. I prepared both of them the night before, let them sit in the fridge overnight and then just popped them in a 400 degree oven for 20 minutes. Really easy. And perfect make-ahead dish if you’re entertaining guests.

And the bread pudding? There’s really very little I can say about that. Mostly because. It rendered me speechless. It was good. Like. Really good. Not to toot my own horn or anything. But two of my best friends came to the event. And I believe their comment was. Out of the park. Mind-blowing. Good. After plating the servings for the event guests, us cooks may or may not have stood around the leftovers in the pan, picking out the pieces. With our bare hands. That’s how good.

And honestly, I couldn’t have been more proud. Because you know. It’s one thing to sit at home and cook my own food and tell you guys that it’s delicious. I might have really weird taste buds. You never know. But it’s quite another to actually cook for other people. To have people pay for your food no less. And then have them like it.

In short. One of the best experiences. Ever. (And also one of those times when I asked myself, Why didn’t I go to culinary school again? I ask myself that daily, actually. And then Sophie has to remind me that I actually do want to cure cancer.) I couldn’t have been more proud. What more could a girl ask for in a birthday present? Not much.

I might not even need that ice cream maker. (Although, mom and dad…if you’re reading this. I wouldn’t say no to it either. Because nothing goes better with bread pudding than ice cream. Think about it.)

So thanks to Christy for organizing this and letting me take part. It was amazing. And thanks to all of the other bloggers who came and cooked. It was awesome meeting you guys! And eating your earth-shatteringly good food. (What is it about meeting fellow foodies that is so satisfying? Not sure. But I always feel so content with life afterward. Like I’ve forged some real connections with people.) Please check out Christy’s post to see who all was there and to check out what everyone else cooked!

Also thanks to everyone who came to event. The money we raised is going to such an amazing cause (which did actually make the experience all the better). And if you couldn’t make it but still want to contribute? Donations will be accepted until February 28th at http://www.Flanboyateats.com. 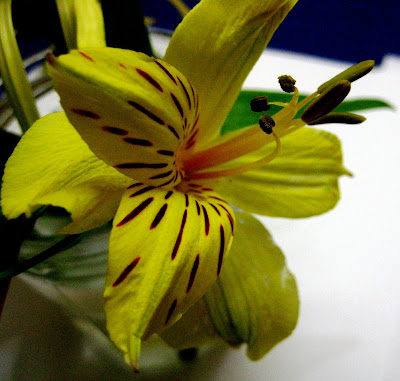 Chocolate Coconut Banana Bread Pudding
Serves many. Adapted from. The dark recesses of my mind.

1. Preheat the oven to 400. Unless your bread is stale already. In which case, preheat your oven to 350. If your bread is NOT stale, then put the torn pieces on a baking sheet and cook them until they start to get hard, probably 10-15 minutes.

3. In a bowl, mix together the melted butter and milks. Beat in the sugar. Beat in each of the eggs, one at a time. Add in the vanilla and cinnamon and mix until well incorporated. Pour over the bread in the pan. Cover with saran wrap and let sit, in the fridge, for at least an hour. However, the longer the better. Ideally, this would have sat in the fridge overnight.

4. Bake at 350 until the eggs have set. This took about an hour and a half for me but I don’t think our oven was working 100% so it might be shorter. Check after 50 minutes and then again every ten minutes until it’s done.

This recipe has been yeastspotted! 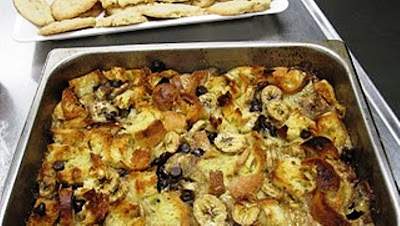