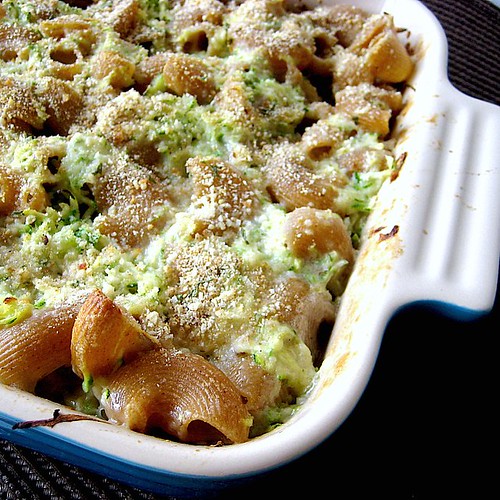 On the day that Sophie moved from one side of our apartment to the other.

I made myself useful.

First.  I tried to convince her to hire a UHaul.  Or reserve a freight elevator. You know   To get the real moving experience.

I even offered to help her to move her stuff into the UHaul.  So that we could drive around for a bit.  Sing some moving tunes.  Get in the moving spirit.  And then use the freight elevator (that we so conscientiously reserved) to lug it back upstairs.

That was when Sophie informed me that, romantic though it might seem, the “moving experience” was actually highly overrated.  And something that she’d actually rather not encounter.  Ever again.

So there went that pipe dream.

Then.  I attempted to bubble wrap all of her belongings.  Our hallway is a long and dangerous place.  Traversing it is an epic journey in and of itself.  Especially when carrying boxes of anatomy textbooks or drawer-fuls of clothing.  Anything could happen.

Be safe. Wrap it up.

After this.  I think it started to dawn on her just how restless I was.  And so we moved two shelving units from her old room into the kitchen.  And decided to use them to display all of my cookbooks.  For the world to see.

I think it was on my 60th trip.  Somewhere around the midway point.  That I started to feel vaguely ill.  Partially because.  Moving sucks.  And partially because.  You just don’t realize how many cookbooks you own.  Until one day.  You do.  It can be appalling. 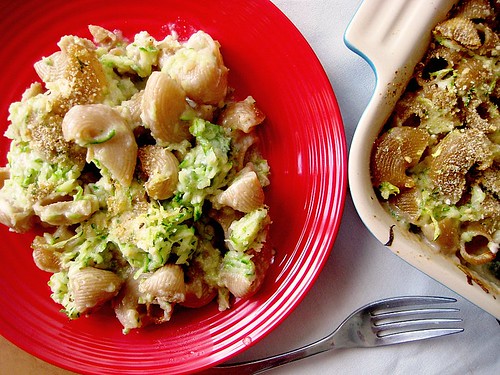 The point of this story being that.  Now my cookbooks are in the kitchen.  And so anyone who walks into the kitchen.  Can’t help but comment on them.

And some people, like my friend Lauren, pick up cookbooks that they’ve actually cooked from and say things like, “Hey!  You should totally make this, it was awesome!”

She did that the other day with a recipe for Cauliflower Mac and Cheese from Jessica Seinfeld’s Deceptively Delicious.  The premise of that dish being that the cauliflower is pureed and mixed into the cheese sauce. So that kids don’t actually know that they are eating it.  And moms can be happy knowing that they’ve just tricked their kids into eating something healthy.

I didn’t make this recipe.  But I was inspired by it.  And so instead. I made Bittman’s Baked Macaroni and Cheese.  With some grated zucchini mixed into it.  And while the zucchini is certainly not hidden.  I have a tendency to think that kids will eat anything that involves the phrase “mac and cheese”.  Even if it is littered with specks of green.

At least. I know I would have. 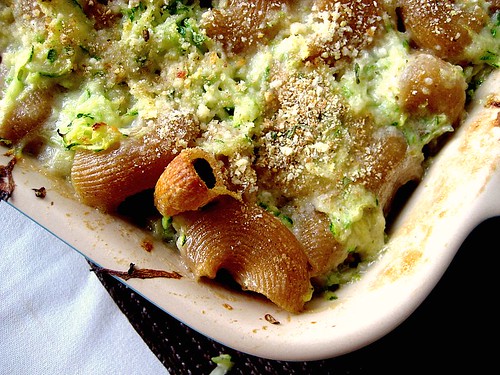 This is my submission to this week’s I Heart Cooking Clubs, the theme of which is Girls Night In.  There’s nothing my girls and I love more than comfort food.  And if it’s chock full of veggies.  All the better.  It’s also going to Presto Pasta Nights, which is being hosted this week by the ever lovely and wonderful Pam of Sidewalk Shoes.

Please enter my cookbook GIVEAWAY!  And send in your recipes to Regional Recipes: ETHIOPIA!

1. Preheat the oven to 400.  Grate the cheddar and zucchini.  Using a paper towel, try to wring as much water out of the zucchini as possible.

2. Bring a large pot of salted water to a boil.

3.  Cook the milk with the bay leaf in a small saucepan over medium-low heat.  When small bubbles appear along the sides, remove it from the heat and let it stand.

4.  Cook the pasta to the point where it’s almost done but not quite.  Drain it, rinse it quickly with cold water, and put it in a bowl.

5. Melt 1 1/2 tbsp butter in a small saucepan.  Whisk in the flour and cook, stirring, until the mixture browns.  Remove the bay leaves from the milk and add 1/4 cup milk to the flour/butter mixture.  Whisk until smooth and then gradually add in the rest of the milk, whisking the whole time.  Whisk until the mixture is thick and smooth.  Stir in the cheddar and remove from the heat.

6.  Pour the sauce over the noodles.  Mix in the zucchini and parmesan, along with salt and pepper to taste.  Pour into an 8×8 inch baking pan.  Top with bread crumbs.  Bake until bubbling or the top is browned, about 15 minutes.  Serve hot. 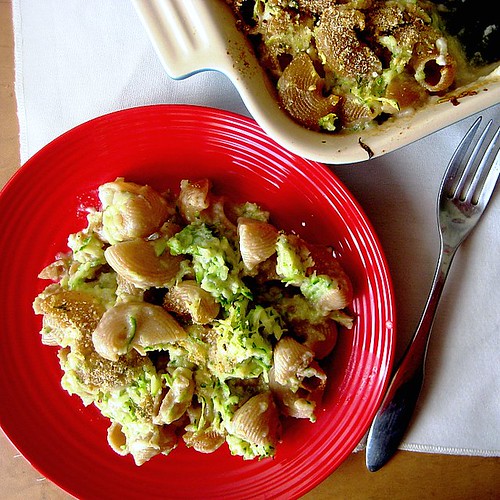