Tacos get southwestern-ified with a quick deep in the deep fryer followed by a smoky hummus and spicy root veggie filling. 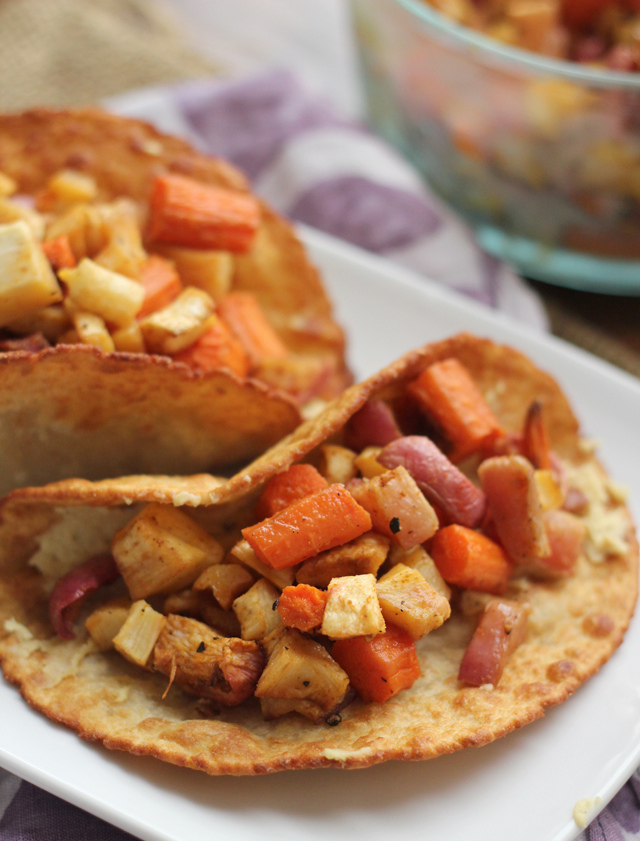 Sometimes I think I give off vegan vibes.

All too often I’ll tell someone I’m vegetarian and BOOM. All of a sudden milk is a dirty word, the cheese platter has been removed from my line of vision, and eggs are treated as if they’re a controlled substance.

Meanwhile there I am daydreaming about runny yolks and melty brie and occasionally shoving cream cheese frosting in my face. Which would kind of make me the worst vegan ever. 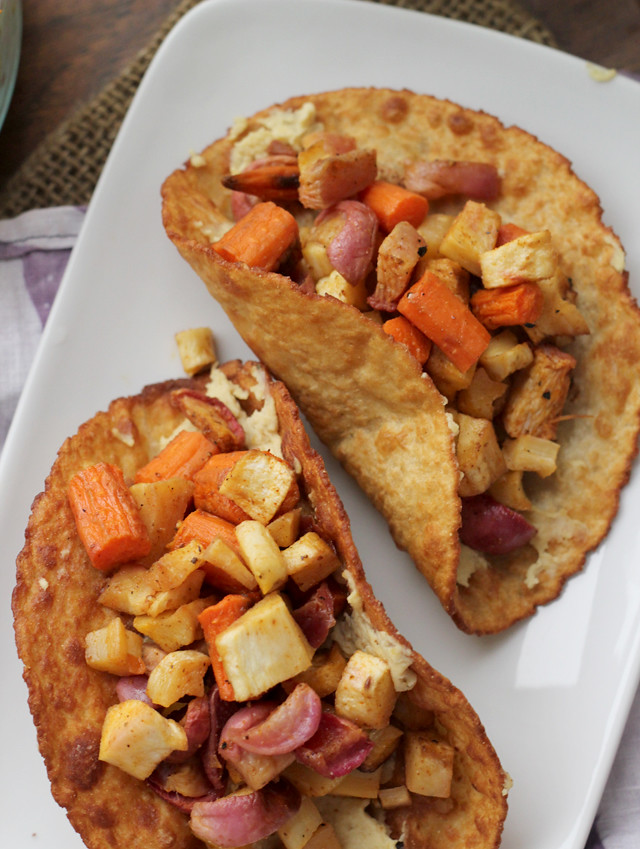 She gets kind of, um, emphatic/hyperventilate-y about my no meat status. So we might need a moment. 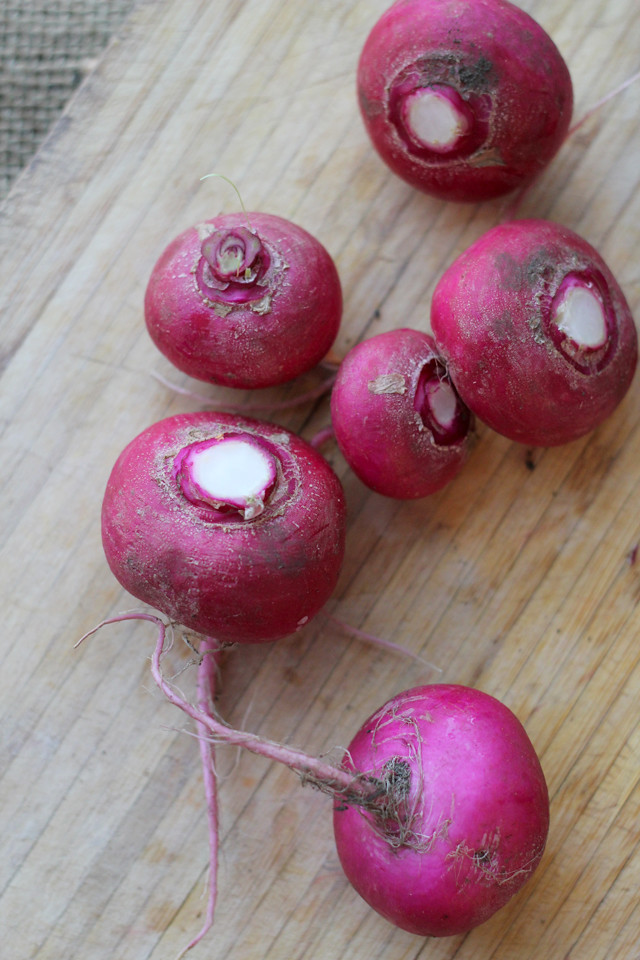 You guys might have noticed this, but I’m really into stuffing everything-but-the-kitchen-sink into a taco shell.

Mostly because handheld foods make me squeal with glee.

Partly because that means I can smother whatever it is I’m eating in cheese.

And more than I’d care to admit because the.boy will almost certainly eat them no matter what’s inside. 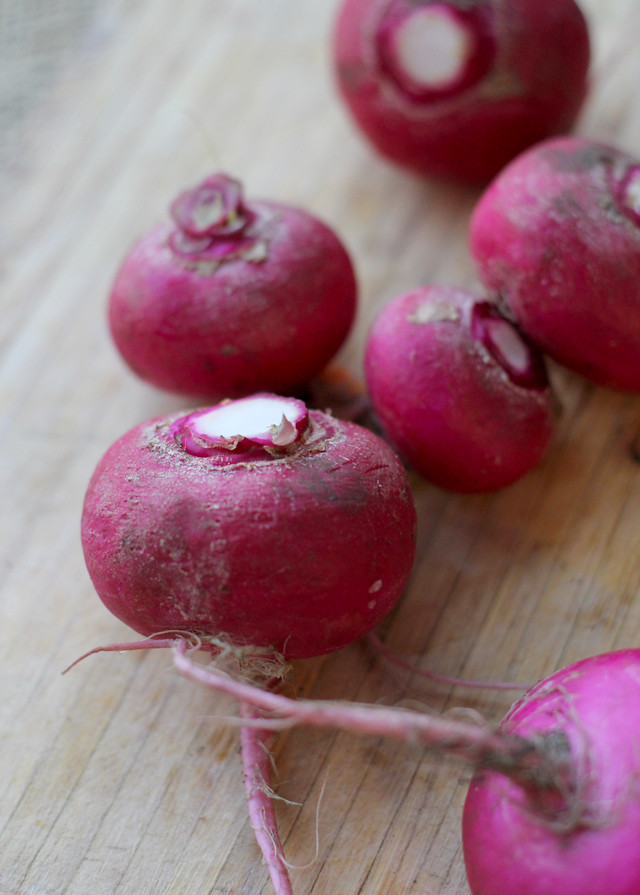 I mean, if I said to him, “Hey babe, we’re having roasted parsnips, carrots and turnips with hummus for dinner tonight”, he’d respond with the look of a thousand deaths.

And put himself to bed without dinner.

But if I say “Tacos!!!”. He’s all like “YES. You’re the BEST.EVER.COOLEST.GIRFLFRIEND.EVER.”

Not exactly in those words, but basically. 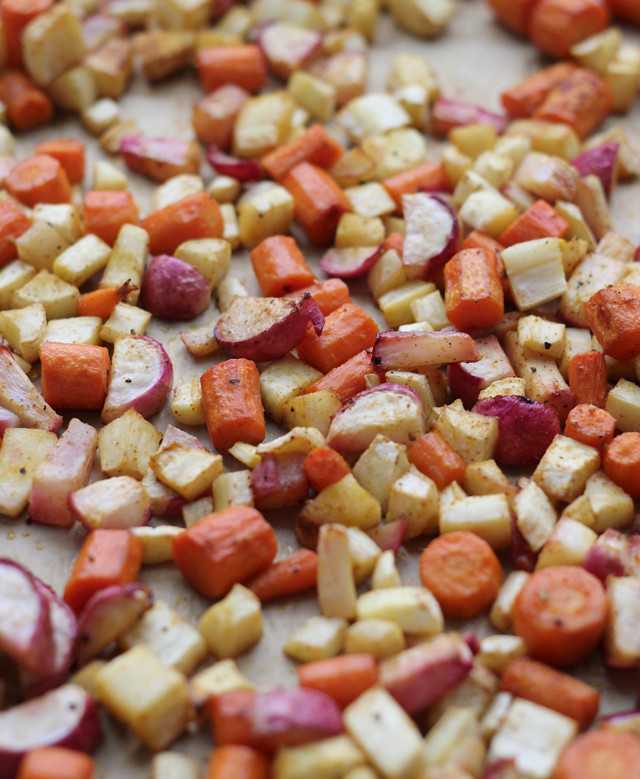 So tacos it is. Done and done.

And they’re vegan. Not that you’d know it because they’re so BIG on flavor. 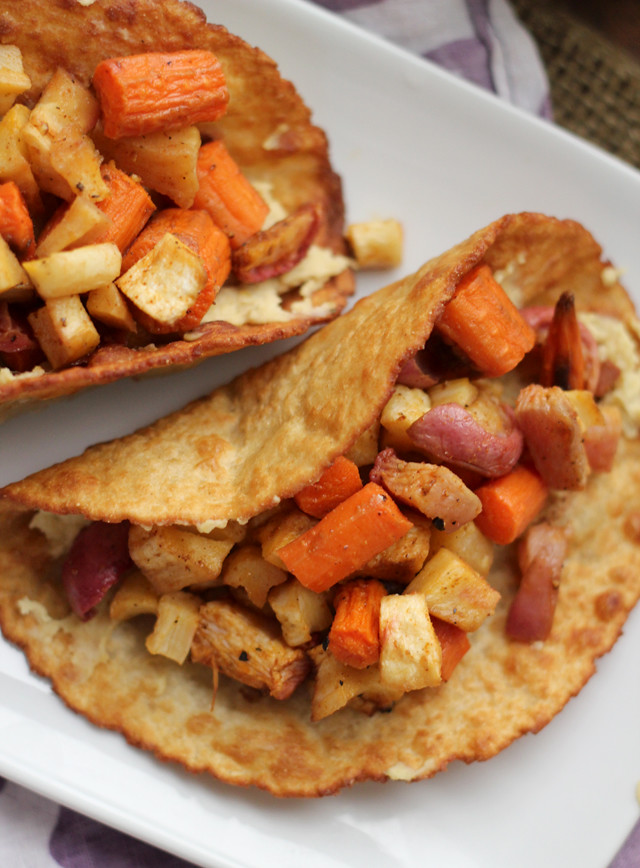 This post is part of The New Southwest Cookbook Spotlight sponsored by Hippocrene and hosted at girlichef.

When I was looking through The New Southwest trying to decide what to make for this week, pretty much every recipe popped out at me. Then I realized that I couldn’t possibly NOT make a big pan of chile-spiced roasted root veggies or smoky hummus or wrap them all up in a puffy crispy fluffy taco shell. So I did. And they were pretty great. Even sans cheese (though I do think they’d be even more perfect with a fried egg on top. But what isn’t?).

Print
Tacos get southwestern-ified with a quick deep in the deep fryer followed by a smoky hummus and spicy root veggie filling.
Yield: 6 tacos
Ingredients
For the taco shells
For the cumin-spiced hummus
For the taco filling
Instructions
Notes
Adapted from The New Southwest: Classic Flavors with a Modern Twist 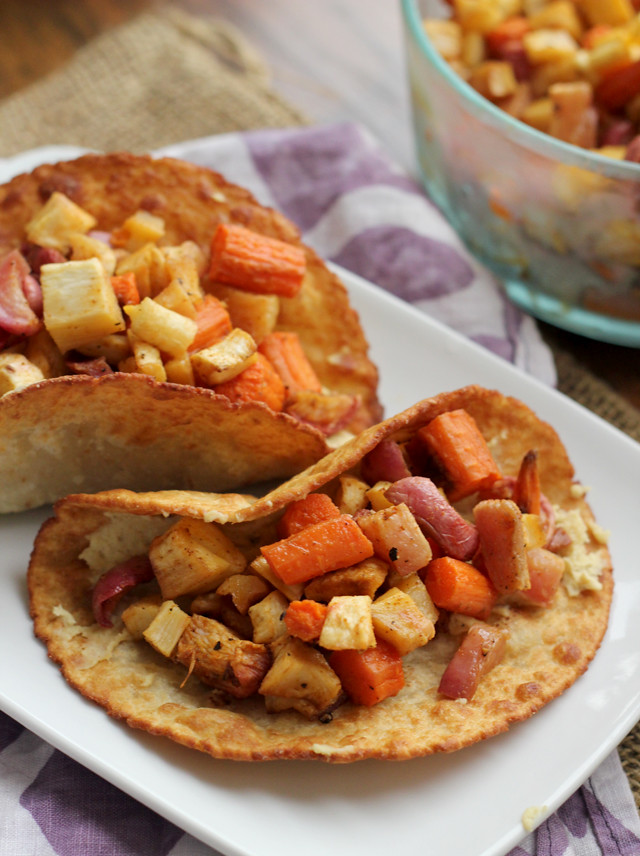