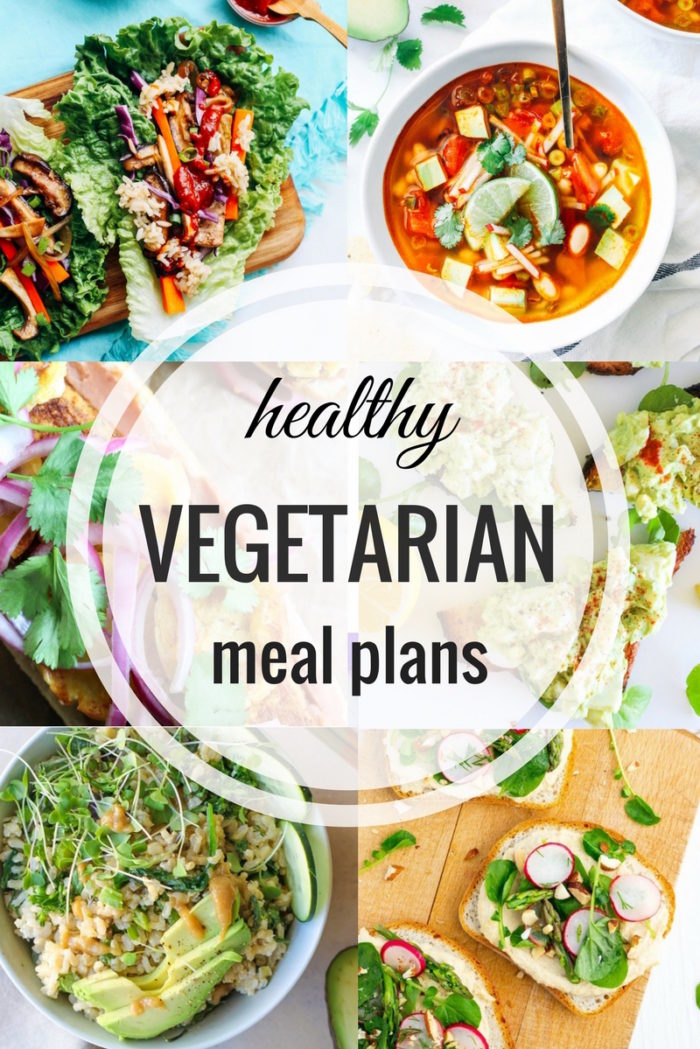 Pro tip: put lots of negative feelings about apartment hunting into the universe and everything will fall into place.

Yes that meeeaaannnnsss….WE SIGNED A LEASE!!!

It’s actually on an apartment that I saw a little less than two weeks ago and loved at first sight. I dragged the.boy to it the next day and we put it in an application, which took for.e.ver to be approved. So we kept looking. And I just kind of assumed with each passing day that we probably weren’t getting it.

BUT THEN WE GOT IT.

It really is a great apartment, you guys. It’s BIG for an NYC apartment, with an actual room for a kitchen. (If you’ve ever seen the 2×2 alcoves that are marketed as kitchens here, then you know how amazing that is.) And there are windows in the kitchen!! WINDOWS!! Actually, it’s a corner apartment so every room has windows. Amazing.

Every apartment is a bit of a compromise, though, and for this one is that it’s not across the street from the hospital where I’ll be starting residency, like we’d hoped. BUT it’s only 13 blocks away. Totally walkable or bus-able. We can do this.

I’m actually super glad that apartment hunting over, because now I can focus more on cooking!!! And getting a backlog of recipes so that I’ll actually have something to post once the craziness of intern year starts. I’m basically done with all of my May recipes and have planned out what I want to post from now through September. Now, to actually execute some of it. It would also be really great to get some meals in the freezer (which probably means donating more breast milk to make space….) so that when crazy nights inevitably happen we won’t have to survive off of PB&Js.

I know Mother’s Day is this weekend, which means I shouldn’t have to cook AT ALL (hint hint husband), but realistically means that I’ll probably make tons of dessert to celebrate with. And some healthier things so we can start the week off on the right track. If you’re looking to do the same, this week’s meal plan can help you get there! It features a crunchy thai salad with a to-die-for creamy peanut dressing, a lovely veggie frittata that looks like spring on a plate, cozy Thai chickpea “meat”balls, a one pot pasta primavera, and the most loaded avocado toast that you ever did see. Happy eating!

Prep Ahead Tip: Dressing can be made ahead of time. 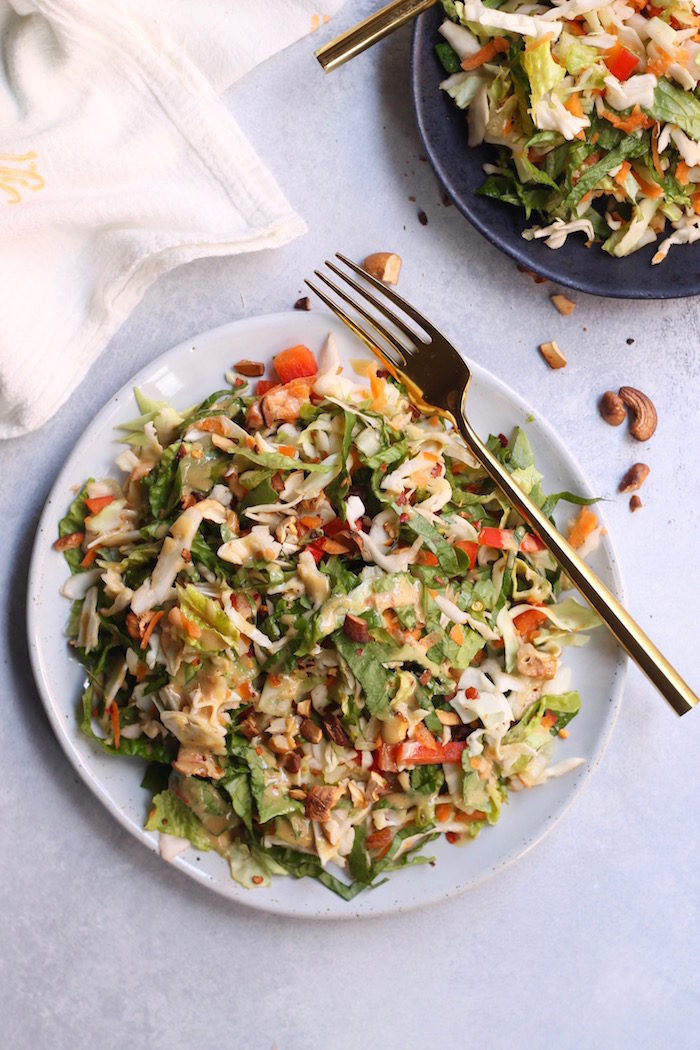 Zucchini, Arugula, and Feta Frittata from The Roasted Root

Prep Ahead Tip: The zucchini can be shredded and drained up to 1 day in advance. 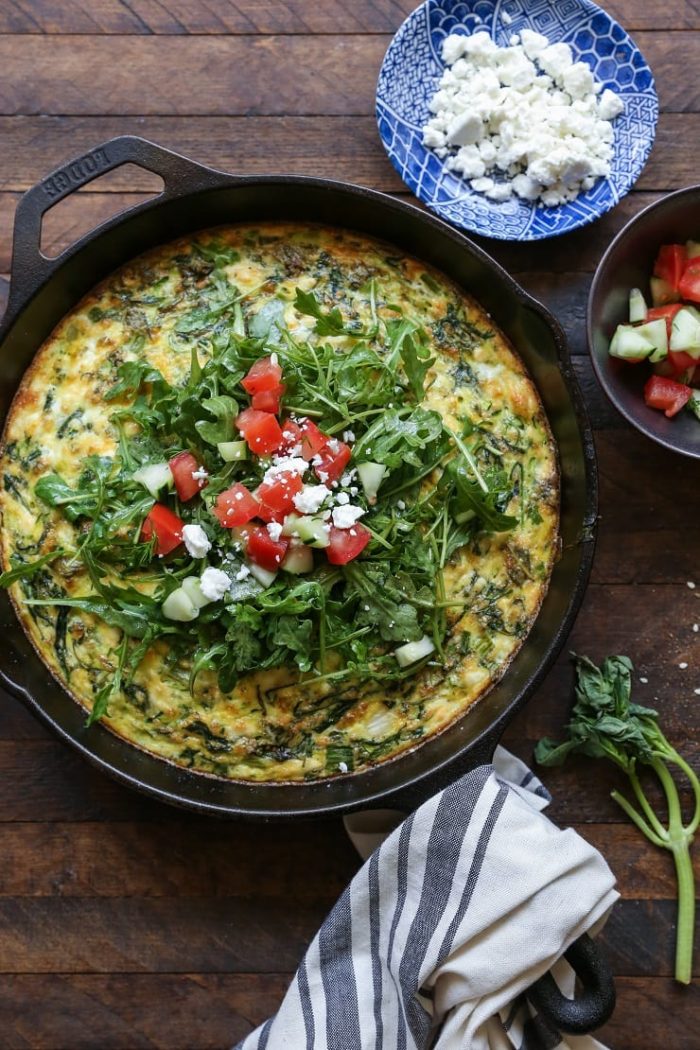 Prep Ahead Tip: The chickpea meatballs can be prepared up to 2 days in advance and stored in an airtight container.

Vegan/Gluten-free Substitutions: Recipe is already vegan and gluten-free. Make sure to use certified GF oats for allergies. 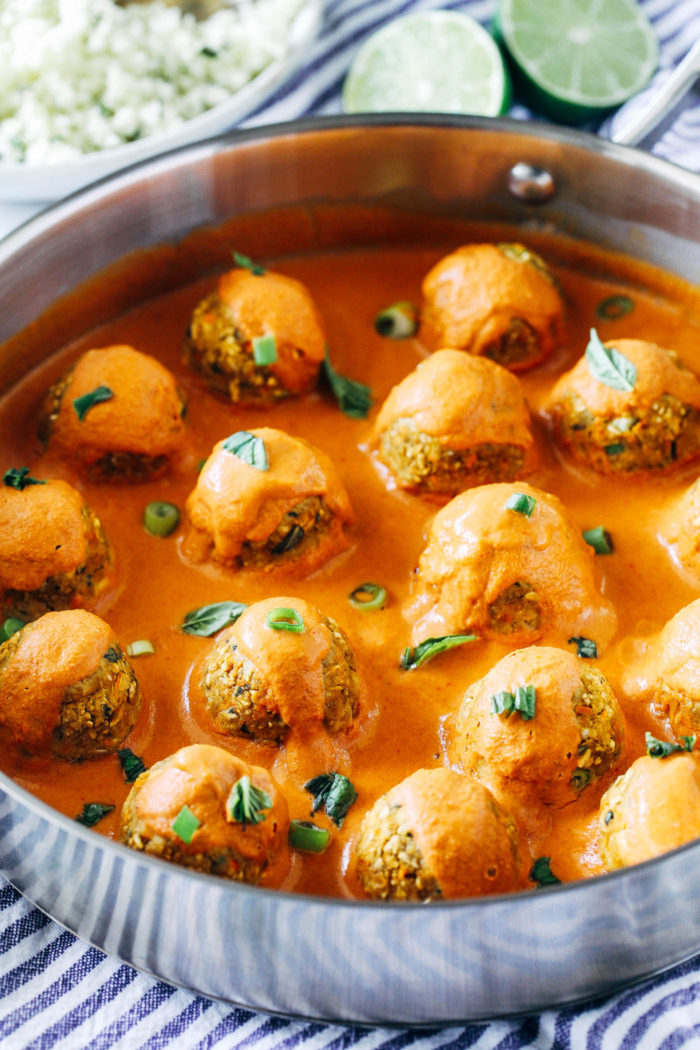 Easy One Pot Pasta Primavera from She Likes Food

Prep Ahead Tip: Vegetables can be cut up to 2 days in advance.

Vegan/Gluten-free Substitutions: Use gluten free pasta to make gluten free. To make vegan you can use non-dairy milk and vegan cheese instead of parmesan. 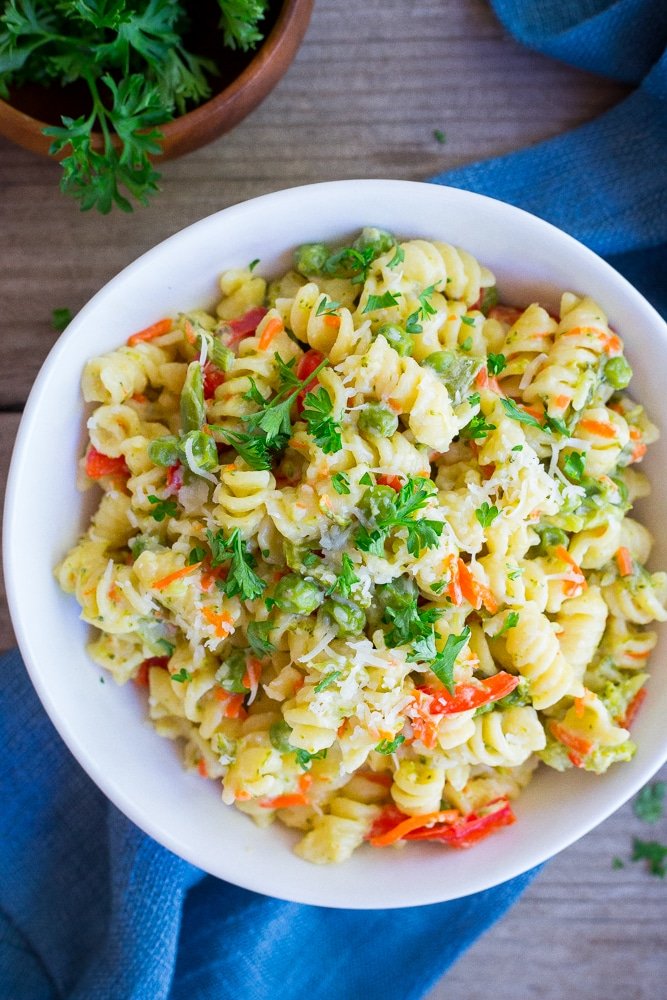 Avocado Toast with Smoky Black Beans from Eats Well With Others

Prep Ahead Tip: This is super quick to prepare, so no advanced prep is necessary.

Vegan/Gluten-free Substitutions: TTo make this vegan, replace the eggs with a tofu scramble and omit the butter. Use gluten free toast to make it gluten free. 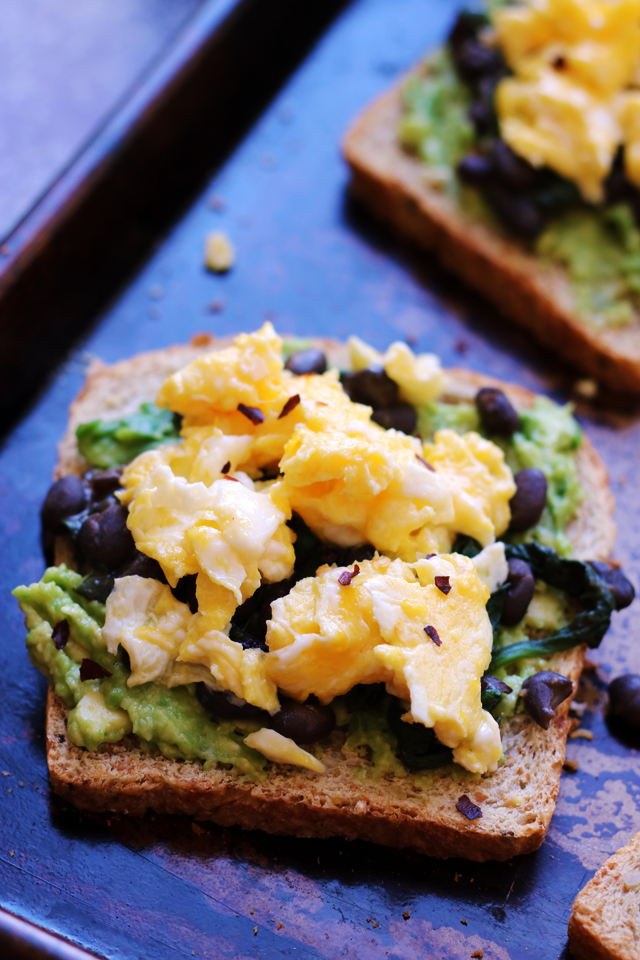 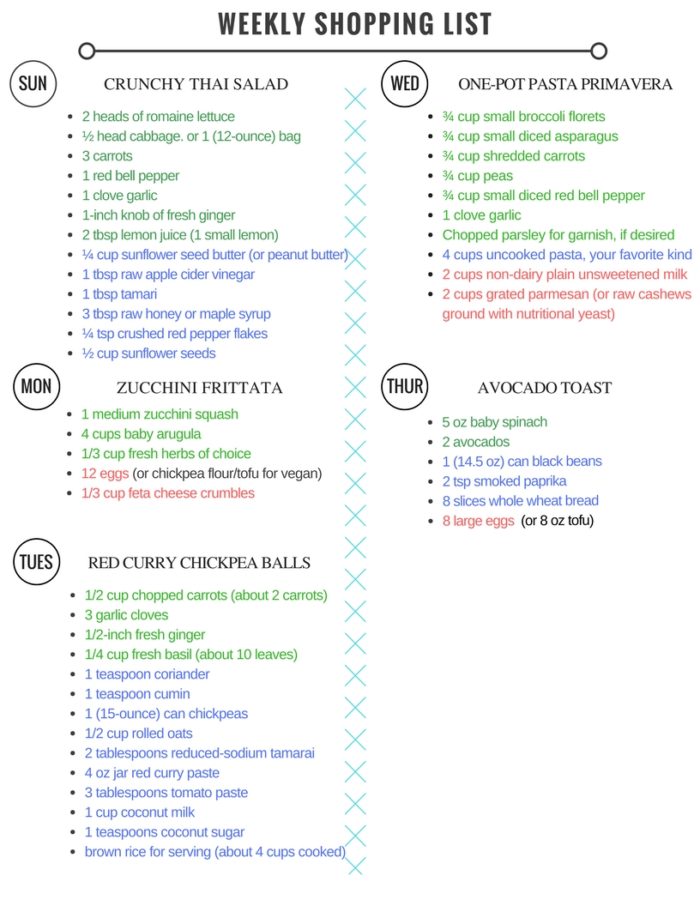