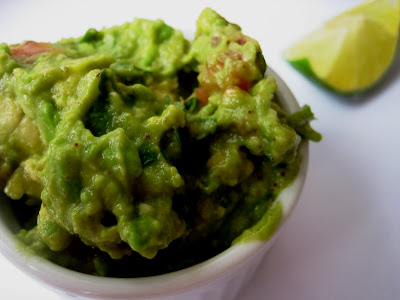 [Updated from the Recipe Archives]

About five months ago, in the midst of the aftermath of a minor surgery that my brother had (he’s fine…fully recovered. It really was incredibly minor.), I received a phone call from him.

Slightly loopy from the painkillers (or from whatever drugs he took to sedate him enough to deal with being in the house with my parents for 24 hours a day. Every day. For two weeks. They did say the pain would go away after a few days. But wrote him a prescription for almost a month’s worth of Percoset. Talk about foresight.). He jumped right into the real reason for his call. 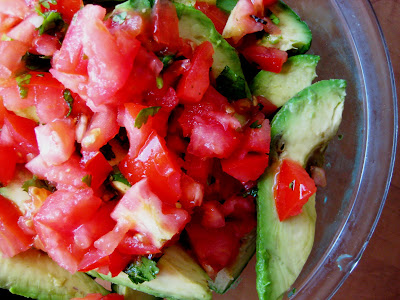 “Joanne”, he said furtively. Almost whispering. “Is this a safe line?”

Safe line? What are we, on CSI?

“Daniel, I have no idea what you’re talking about.”

Groan of frustration. “Are you being tapped?”

Tapped? Keg? He really shouldn’t be mixing alcohol with those painkillers.

“Um. I doubt it Daniel. Unless the government wants to hear my scintillating conversations with my friends as we discuss the psychology behind the errant actions of the 20-year-old male. But I really hope they have more important things to do.”

“No, not the government. Your parents. Can they hear this?”

Differential diagnosis: Life in the Bruno household. Paranoia. Anxiety. Completely rational fear of having your privacy invaded at all times.Sounds about right.

“Well, considering you are the one in the same house as them. I really can’t answer that question. But on a related note, your doctor did tell you not to take more than one of those painkillers at a time right?”

“Joanne! This isn’t the time for jokes. This is SERIOUS.”

Don’t argue with the tachycardic. Onward.

“So what brings you into my office?”

“Today. Your father did something really bad. Really. Really. Bad.”

“How would you rate the “badness” on a scale of he took you out for ice cream to he’s running away with a Russian mail order bride named Olga?”

“Hmmm. Okay. And have you been experiencing any discharge from your nipples lately?”

“I don’t know. They tell us to ask that. Please describe to me, in your own words, your exact experience of what’s happened.”

“Well today. I was laying on the couch. Minding my own business. When he tried to make me guacamole.” 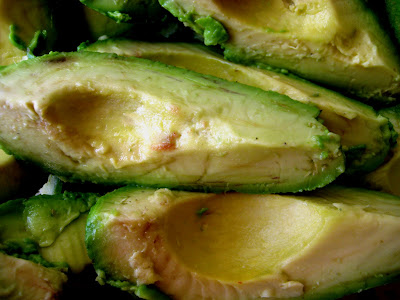 CODE RED. I repeat. CODE RED. I have a reported case of bad guacamole making in Queens, NY.

So I posted this guacamole recipe for the first time in June of last year. And then it was also featured in my guest post on The Happiness in Health. But when I made it a few weeks ago to bring to my cousin’s roommate’s surprise birthday party/bbq I knew, when it disappeared in all of ten minutes and was declared the best guacamole that my cousin had ever tasted, that I had to share it with you guys again. Namely because. Let’s be honest. The old pictures were bad. And definitely weren’t going to entice you to make this anytime soon. And with all of the parties and barbecues happening this weekend. That would be a shame. So really. Make this. You won’t be disappointed. And neither will your guests.

As a side note, I hope to be updating old posts with new pictures semi-frequently. At least for the food I really think is worthwhile. Let me put it this way. I never cook anything twice. So if I deem it good enough to remake and share with you (again) then, yeah, you should be giving it a try.

Tyler Florence’s Guacamole
5 avocados
2 small tomatoes, chopped
¾ of a lime, juiced
½ large red onion, chopped small
¼ tsp cumin
¼ tsp chili powder
¼ cup cilantro, plus extra to taste
Salt to taste
Mix everything together and mash until you have a chunky but somewhat cohesive consistency. Taste for seasoning and serve on burgers, with chips, on turkey sandwiches. Or dig in with a spoon. I won’t judge.

This is going to Preeti’s Green Gourmet Event!

Back in the day, I had submitted this to Tyler Florence Fridays.

This time around, it’s going to Weekend Herb Blogging, which is being hosted by Haalo of Cook (Almost) Anything. 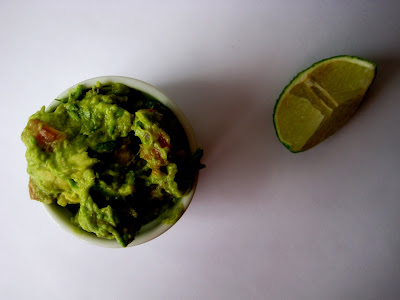 I don’t know if you guys have noticed the customizable chocolate bar craze that has swept the internet. Recently, I was lucky enough to be sent two chocolate bars of my creation by Chocbite (the bars in the top panel) AND take part in a Chocri girls v. boys chocolate bar relay race (the bar in the bottom panel). Yes. I was in chocolate heaven. Yes. They were delicious. While customizable chocolate bars are something that I wouldn’t have thought to buy, after tasting these babies. I was kind of in chocolate heaven. And I’m not even really a chocolate person. But eating a chocolate bar covered in figs or pistachios or roasted chickpeas or honey chocolate drops. Can have that effect on a person. So if you’re looking for a really nice gift for your favorite chocolate lover. Or just want to treat yourself to something nice. I would definitely recommend either (or both!) of these companies!

Disclaimer – Although I received these products for free, I did not receive any monetary compensation for doing this review. My thoughts and feelings on them are entirely my own. 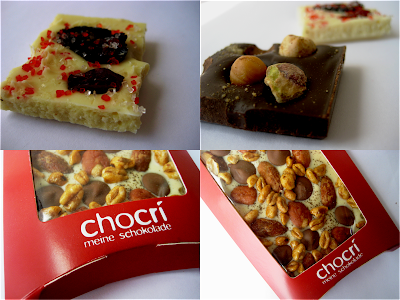