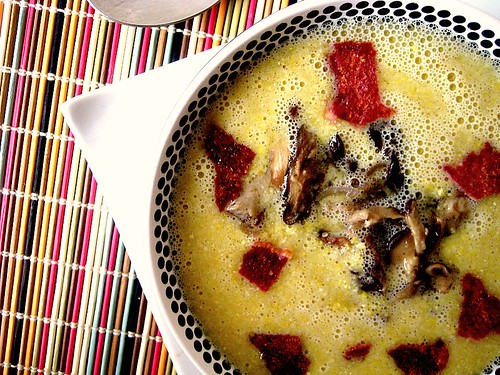 I am going to live.  In this apartment.  In this room.  For the next four years.

I am going to live.  In New York.  Within a five block radius of exactly where I am now.  For the next seven to eight years.

(Unless I get married.  To a fine gentleman who whisks me away. To Brooklyn. Or the upper west side.  The kids and I will go for walks in Prospect or Central Park.  I will carry things like parasols and wear things like shawls and say things like dahling.  It will be lovely.) 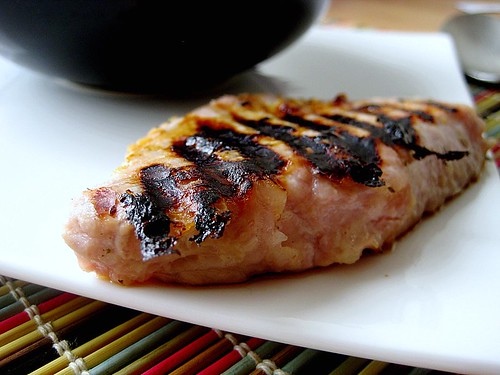 As probable as all that is.

Like I said.  I will be living in this exact room.  For the next four years.

And so after one year of pretending to live here.  Faking it.  Not quite believing that it was real.

I decided it was time to move in.  Fo realz yo.  (As my little sister would say.)

And when people move places, do you know where they go?

I’ll give you a hint.

It’s a dangerous place.  I had to slay a few dragons to get there.  Bargain with a few Norse gods.  Eat a few lingonberries.  Pledge allegiance to the Scandinavian flag.

Yes, the store that strikes fear into the hearts of impulse shoppers worldwide. 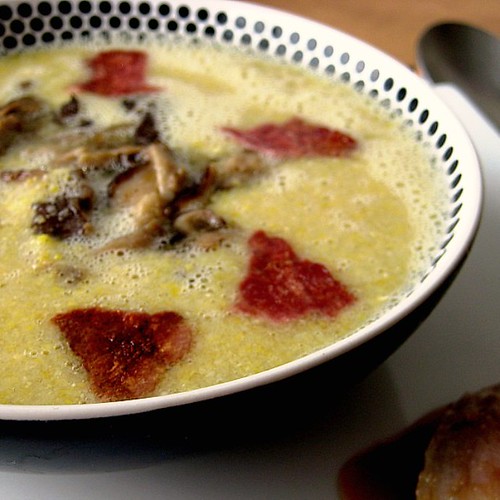 Where we then began carpentering.

Did you know that I could carpenter?  Because I didn’t. In fact, I was pretty sure I didn’t know the difference between a hammer and screwdriver.  (Although last time I checked, there was some intrinsic link between GETTING hammered and DRINKING screwdrivers.)  But guess what.  When you buy bookshelves from IKEA.  You don’t need to know the difference.  Because the instruction booklets use pictures.  Not words. 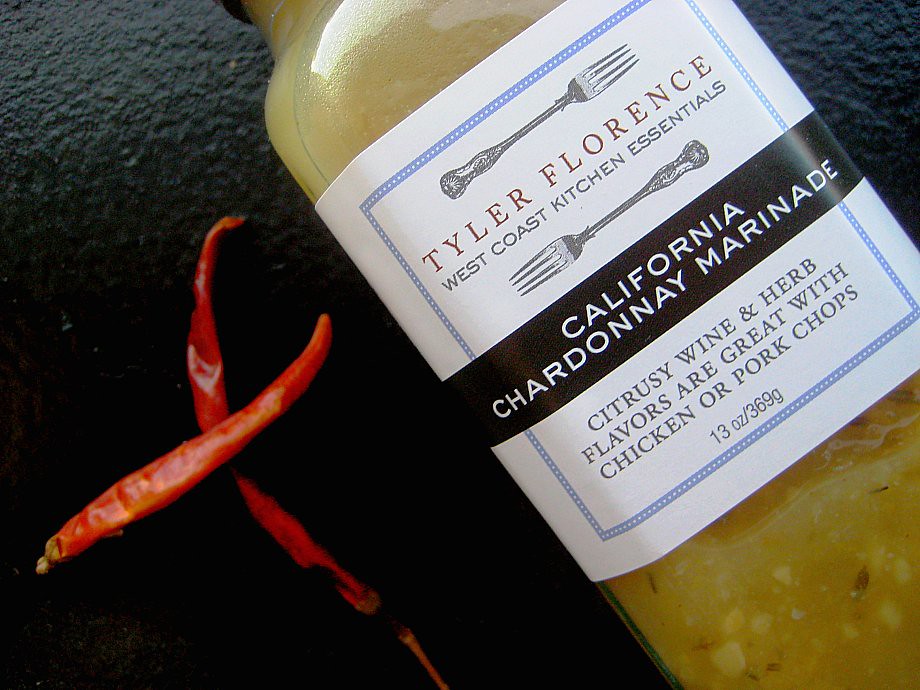 After a day of carpentering.  I was on a roll.  So I made this sweet corn and wild mushroom soup.

And using my newfound carpentering strength.  I CRUSHED a strip of bacon over the top.  Seriously.  I pummeled that bacon.  It was satisfying.

Then, to top it all off.  I got around to reviewing Tyler Florence’s California Chardonnay Marinade that I was sent through BloggerAid, a group that tries to raise awareness and money to fight famine worldwide.  I marinated some pork in it.  For hours.  Many hours.  Then I threw it on the George Foreman.  The way that carpenters are inclined to do.

And it was tasty.  Very.  Tasty.  A little bit of citrus and vinegar.  Sweet mixed with tang.  Something to keep on hand for those days when you’re not really sure what you want to marinate your meat in.  But then you open up the cupboard and there it is.  Major kudos to Tyler for supporting such a great cause and making such great products and to BloggerAid for saying, hey, Joanne might like this.  Cause I did. 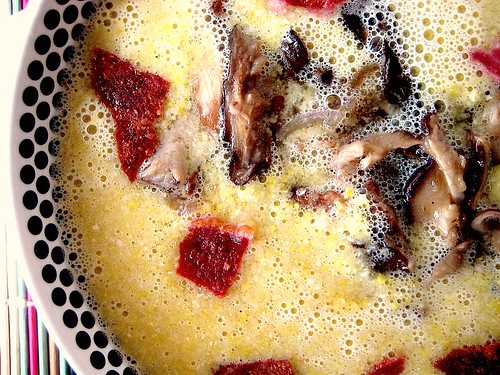 This soup is a Michael Symon recipe (surprise surprise).  And what is interesting about it is that he has you first cut the kernels off the corn and then make a stock with the stalks.  Then, once you have your corn stock, you simmer that with the corn kernels for almost an hour.  Puree it, mix it up with some sauteed mushrooms (LOCALLY GROWN).  And CRUSH some bacon over the top.  Maybe I just got some especially good ears of corn (also LOCAL), but their sweetness mixed with the saltiness of the bacon.  Was really good.  So good that I am submitting it to Souper Sundays, hosted by Deb of Kahakai Kitchen.  And to the blog hop going on over at Two For Tuesdays.  And Ashlee will post it in her Symon Sundays round up.  In two weeks.  This soup is getting around.  Like yo mama.  Just kidding.

1. Cut the kernels from the cobs of corn and set them aside, in a bowl.  Toss the cobs into a large pot with the onion, garlic, thyme, coriander, stock, and salt.  Bring to a boil.  Lower the heat and simmer for 45 minutes.  Strain the liquid through a fine-mesh strainer, discarding the solids.  There should be about 4 cups.  You can store it in the fridge overnight.  (I did.)

3. Puree with an immersion blender (Symon says to remove have the corn and puree that in a blender.  But I decided I wanted it to all be pureed.).  Divide the soup among six bowls.  Garnish with mushrooms and bacon.

Disclaimer – Although I received the marinade for free, I did not receive any monetary compensation for doing this review. My thoughts and feelings on it are entirely my own.

Send in your recipes to this month’s Regional Recipes: Greece!  E-mail: [email protected] 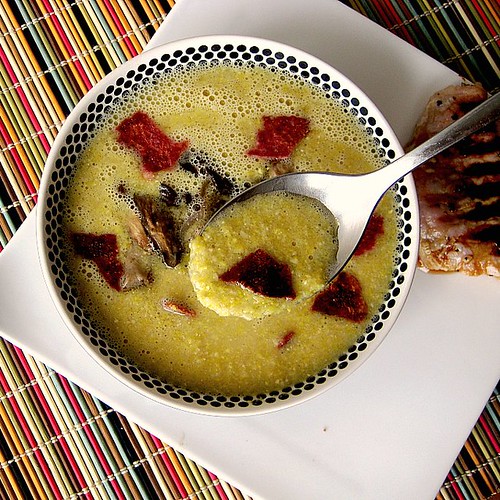